Why do you say Bitcoin prices never look back? 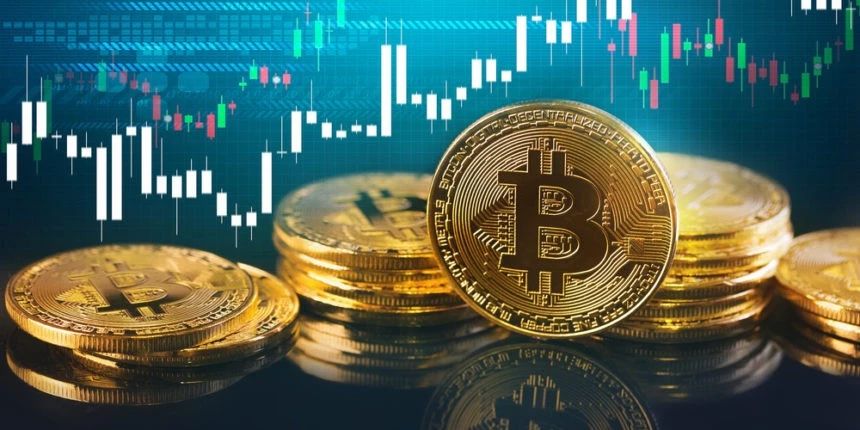 Bitcoin has relatively unknown features and is unknown to most people. Some people call it "Never Look Back Price" (NLB).

The NLB price is the last time Bitcoin is at a certain price level. The popular point is that Bitcoin will always have a large callback in the long-term upward process, but after hitting a certain historical low, Bitcoin will start to rise and forever. It will not be restored to this price.

For example, the $3,100 in the previous bear market was the bottom price of Bitcoin at the time. Assuming that Bitcoin would not fall below this price, then $3,100 would become Bitcoin's "Never Look Back Price."

With reference to the historical trend of Bitcoin and the laws of mathematics, we can find that Bitcoin has produced a number of never-returning prices in the long-term trend, but it has also continuously updated this standard, and Bitcoin has been constantly creating new highs.

Looking back at history :

I also plotted these lowest NLB prices and plotted them on a logarithmic scale over time. The result is amazing. 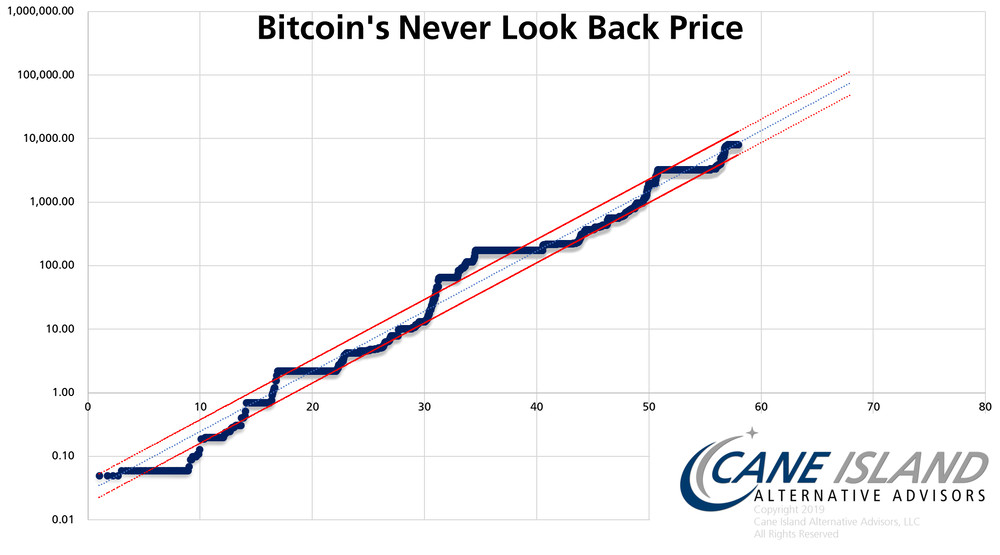 The horizontal scale is the "square root time", which is just the regular time drawn on a different scale (very similar to the lognormal scale). The first day d(1)= sqrt(1), the second day d(2)= sqrt(2), and so on.

Bitcoin spreads like a virus. It essentially equates the traditional concept of time value of money with the adoption rate of bitcoin and therefore equals the price. But in simple terms, for convenience, it converts the price into a straight line on the graph. It has no effect on the actual price.

But according to mathematical arguments, bitcoin prices are long-term upwards.

There are two points to mention about this picture.

First, the trend remains the same. Bitcoin has been going up for ten years.

Second, the term "model" is a misnomer. This is also not a model, it is a record of the actual history of Bitcoin: the lowest price recorded during the lookback window.

The minimum price cannot be known in advance. Therefore, although the record shows that the current price is around $8,000, if the bitcoin price falls, the price may be lower.

The error bars shown in red represent typical changes in the price history over time. Despite this, the historical pattern is still very consistent.

The lower error bars indicate the lowest price of bitcoin. And, as long as investors have a long enough time, we can almost conclude in the chart that investors will certainly not lose money. Historically, the longest time required to reach this minimum is a very short 61 days.

What does the picture tell us?

Suppose there are two types of people who own Bitcoin.

Their investment behavior is short-term. They cause the price of bitcoin to fluctuate drastically, even every year.

The second category includes investors who buy and hold, accumulators, and people who plan to buy Bitcoin for a long time.

The group’s actions are not only long-term concerns, but also indefinitely concerned. These people are believers in Bitcoin. This group provides the reserve price for the bitcoin price. It is the second group (more sensitive than any other organization to realize the meaning of the chart in this article).

As time goes by, the organization that uses Bitcoin continues to grow. This growth can be seen in the basic indicators related to Bitcoin: active addresses, hash rates, transaction counts, nodes and miners. It is this permanent base user network that gives Bitcoin its value. 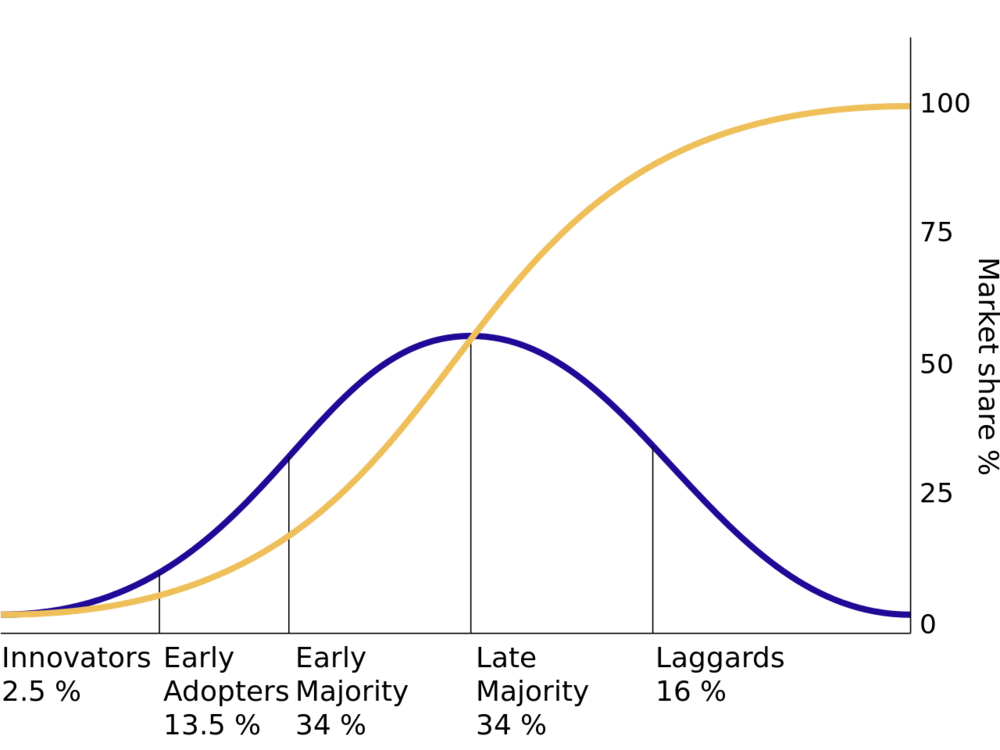 (Bitcoin network users are growing according to the s curve)

Most people believe that bitcoin usage reaches 10% of potential users (research shows that Americans have 6.2% of Bitcoin and at least 9% of South Korea). At present, the global Internet potential user usage rate is 50% to 60%, and has existed for about 40 years.

In contrast, about 10 years after the birth of the Internet, the global penetration rate was 5.8%, very close to the 6.2% reported by the Bitcoin 10-year mark.

From these and other surveys, we can conservatively estimate that the total number of global Bitcoin users is approximately 80 million. In fact, we may have 100 million users now. And, for the foreseeable future, this number is expected to grow to at least 180 million.

As long as it continues to be adopted, the value of Bitcoin expressed in terms of NLB prices will rise. If competition is prevented by competition (Libra) or government intervention, the price will stagnate or decline.

Will this NLB price continue?

As I mentioned before, we don't know what the next lowest price is until we reach this minimum price. There is no doubt that skeptics will criticize this approach, and health professional skepticism is beneficial because it keeps expectations realistic and rational. On the other hand, considering that the “never look back” price has a history of ten years, will you bet that the price will drop sharply to $4,000 or $3,000? I think this may take some courage.

Most technologies with open market prices will not be available on the first day. If it is legal tender, it is launched immediately: everyone gets the currency on the same date; there is no maturity process. In the case of technologies such as Netscape or Facebook, prices remain hidden until an initial public offering (IPO), usually years after their invention.

For example: Starbucks was founded in 1971. It was an IPO in 1992 and its value has been hidden from public view for more than 20 years.

In addition, the widespread adoption does not require the superiority of the things used. If I ask you "What is the most successful restaurant ever?" You would say McDonald's. Keep in mind that the restaurant has a high failure rate. Now I ask you:

Does McDonald's offer the best tasting food? Or is it the healthiest food? Still the cheapest food?

Actually it is not, if you list the ideal dining experience comparison, then McDonald's will hardly check any check boxes. However, McDonald's economic model has permanently changed human behavior and expectations for global food.

Bitcoin has a lot of flaws. So? If you list the attributes of the ideal currency, Bitcoin will check a number of boxes. Bitcoin is the first, it is different from other currencies. The first mover becomes the ultimate winner. You can think of Bitcoin as a new technology that is gradually rolled out before an initial public offering, but its price is available to everyone.

In addition to the above arguments and mathematical models, digital currency analyst Timothy Peterson also used the "improved version of Metcalfe's Law" to re-evaluate bitcoin price movements. He believes Bitcoin may hit $1 million one day. 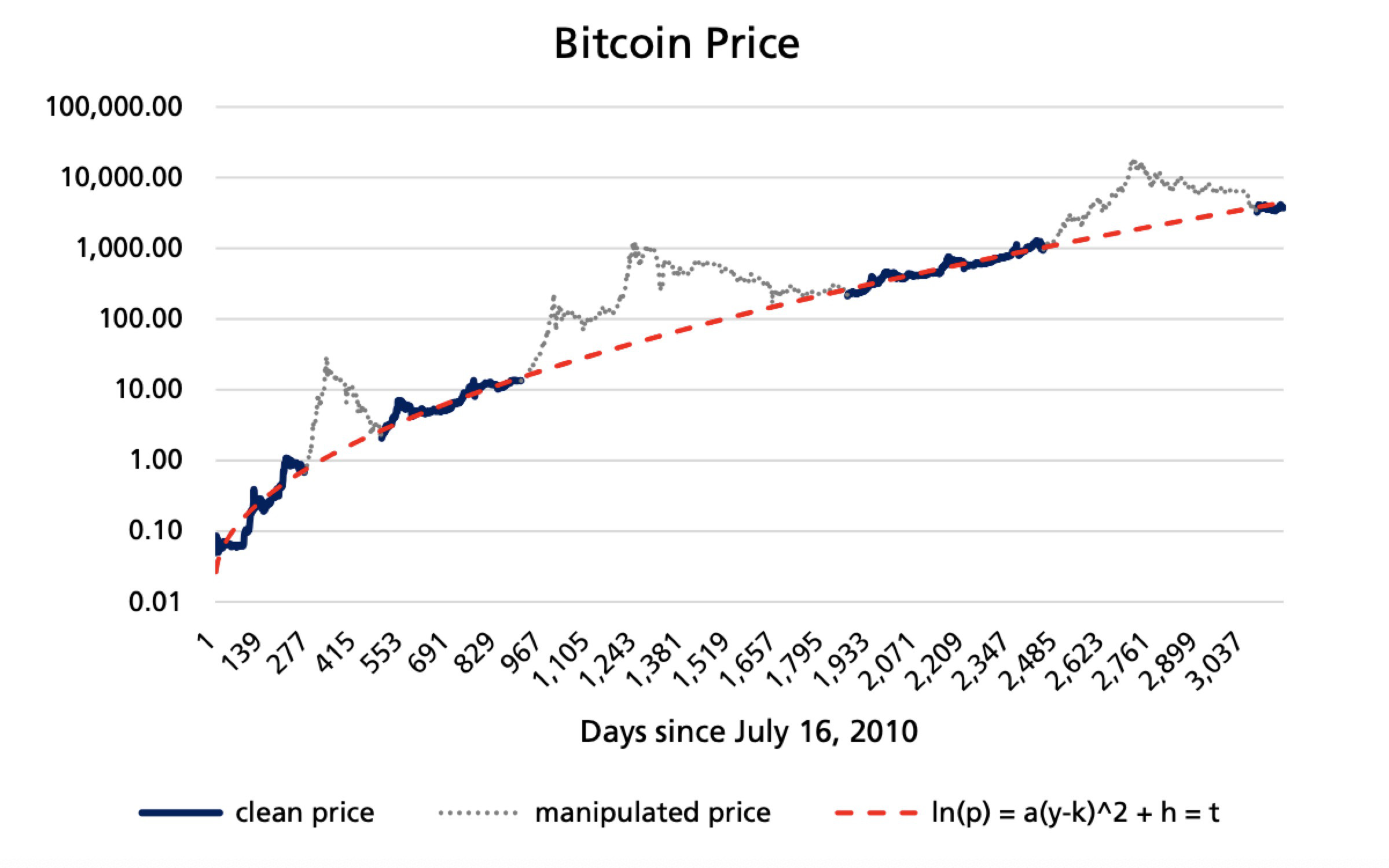 On digitalik, we can also clearly see that Bitcoin has been in the upward channel for the past 10 years. From the perspective of long-term price movements, Bitcoin has not shown signs of turning back. 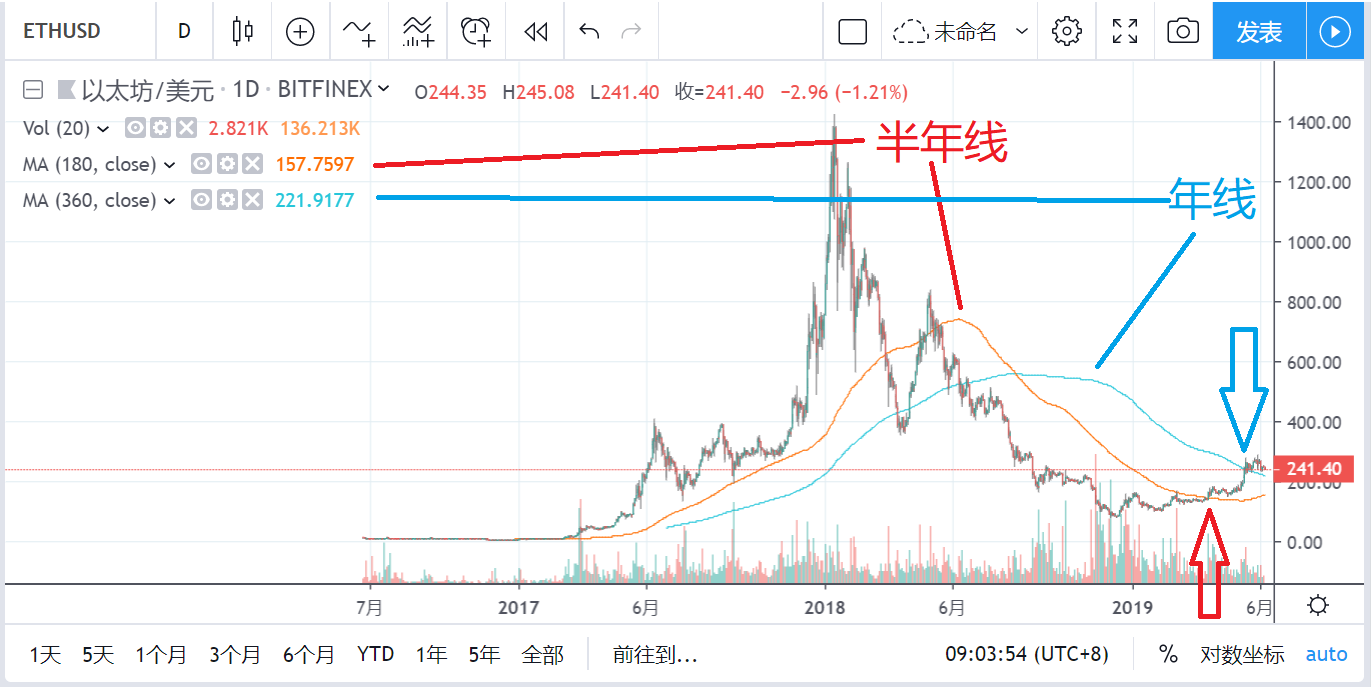