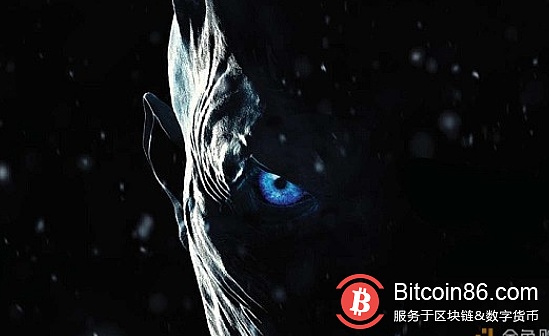 In "Game of Thrones", the major families of Westeros are killing each other on the battlefield, and they are intriguing in the political court. Is this scene not similar to the current situation of Bitcoin? Which Bitcoin Cash (BCH) and Bitcoin SV do not want to usurp Bitcoin's "throne"?

Yesterday (April 15, 2019), the HBO epic TV series "Game of Thrones" returned to the screen. The author of this fantasy masterpiece is George RR Martin. For the blockchain and cryptocurrency communities, many people want to know whether his "Game of Thrones" is similar to Bitcoin created by "Sakamoto Satoshi".

Bitcoin is no longer unknown, and today it has become one of the hot topics, like computer science, finance and politics. Never being valued to the rise of a different army, this experience sounds very similar to the actress of the game of Power, Danielis Tanglelian. As the Dragon Queen, she appeared in the Dragonstone in the storm. On the scene, this scene has hidden the financial crisis of 2008. She spends most of her time as a timid and unconfident little girl, who is very afraid to rely on her brother, Vesalis, who is a cruel character, rude and easy. A person who is angry and abuses violence. However, Danielis was deeply influenced by her brother's determination to retake the Iron Throne, and as a lifelong goal, eventually grew into a tough and confident woman and became the most powerful of the seven countries.

In the fifth season of "Game of Thrones", Tyrion Lannister's monologue to Danielis seems to be alluding to bitcoin:

"I heard a story when I was young, a baby born in the storm, she has no wealth, land and army, only a name and supporters, and those supporters actually only think that they can use this name to benefit themselves. In just a few years, however, the girl gained wealth, land and army, which I think is the best chance for her to build a beautiful world."

Is it very similar to bitcoin?

Are the squatters and aliens in "Game of Thrones" not referring to Bitcoin cash and BSV?

If the female lord Danielis is bitcoin, then who is the best candidate for The Usurper, Robert Bharathian and The Others? The answer is self-evident, Bitcoin Cash (BCH) and Bitcoin SV.

For Bitcoin cash and BSV, they are at the top of the cryptocurrency all the time, just like Robert Baratheon and the ghosts want to sit on the iron throne of Westeros, but in the end, their destiny Will be extinguished.

And what do those who support the squatters and the different ghosts end up? Just like Bitcoin, which supports Bitcoin cash, they suffered an incredible loss in 2018, and BSV miners who joined the bitcoin cash hard forks are still in a loss.

"Australia" Craig Wright and Calvin Ayre are like behind-the-scenes operators, like Cersei Lannister and Joffrey Barat Joffrey Baratheon killed all his unmarried children after the death of King Robert Baratheon. But what about the end? Looking at the encryption community headed by Zhao Changpeng, not only questioned Craig White's Nakamoto identity, but many cryptocurrency exchanges also announced that they would remove the BSV.

Is the winter of the altcoin coming?

The last season of "Game of Thrones" seems to be very cautious in dealing with the death and destruction of different ghosts. If this is the fate of the finale, then for many cryptographers, the fate of the altcoin may be the same as the ghost. One day will be liquidated.

Bithou Asset Management's Matt Hougan, Digital Money Group's Barry Silbert, and Xapo's Wences Casares and many other crypto-industry critics have said that most altcoins cannot survive in the cryptocurrency industry.

So, who will play the role of a ghost in the cryptocurrency kingdom? The answer is: regulation.

Ok, finally left a question to the fans of "Power Game" in the encryption community. Do you think the bitcoin node is not like Dragonglass? (Golden Finance)