How should the technical cycle be defined? In fact, each technology cycle interacts between innovation, finding financial support, and sustaining innovation. Therefore, if you want to predict the future development of a technology, the best way is to follow the "money".

After a disruptive innovation has been introduced, the market often needs to assess how large the market can be and how long it will take to reach that scale. As a result, new technologies often experience a crazy market. "Experimental" time . These "experiments" are all driven by loose funds.

In the field of cryptocurrencies, this situation has been going on for five years, and the world has realized that blockchain is more than just bitcoin, and blockchain is bigger than bitcoin. Now, we have actually entered a new stage. In this new phase, unless there is a real and continuous demand for various agreements, and there are already tokens on the line, there will be no substantial growth in the underlying asset class of cryptocurrency.

How to find the future cryptocurrency unicorn in the current new situation?

When people talk about a technology being adopted on a large scale, it usually means that it has covered 99% of consumers. However, if you want to achieve this, you need to have some decentralized applications (DApps) that not only compete with Web 2.0 applications, but also improve on Web 2.0 applications, such as faster. , lower costs, better experience, and even more privacy.

However, the so-called "more decentralization" has become an indispensable feature of certain categories of applications, such as those that need to monitor the "edge ball" applications, such as gaming, pornography, dark net, capital flight and other application scenarios. Medium, or the more avant-garde innovations in DeFi.

Any technology that is sufficiently advanced is actually the same as magic. – Arthur C Clarke

I recently read a speech from Casper Labs , which interprets the phrase Arthur C Clarke, who thinks Web 3 should "seep like magic." On this basis, only after we find the abstract Web 3 protocol and understand the complexity of the respective token economy, large-scale popularization is possible, just like ordinary Internet users do not need to know HTTP, STMP, They only need to open a browser or send an email.

But for now, 99% of developers don't use the Web 3 protocol, some may not know what to do, and some because the protocol has big constraints and shortcomings, and they don't want to use it, or not too much. Business needs.

The reality is cruel, and the percentage of developers on GitHub related to distributed ledger technology is less than 1%, which means that no substantive DApp will be available (there may be a few decentralized technology applications, For example, the Brave browser, but at least not a lot of high-end products with privacy will appear in the short term) .

So, when we talk about the topic of " demand-driven cycle, " we should actually focus on developers first, because the requirements come first from them and then the end users.

From the perspective of memetics, we call it the " invisible agreement " concept.

So how do you make the agreement invisible? One way is to provide developers with an end-to-end stack . Some projects attempt to achieve this goal through a plug-and-play modular solution, such as using a single, common protocol and reintroducing accessible and commonly used languages. Other companies do this by deploying the out-of-the-box Web 2.5 protocol in the enterprise, because Web 2.5 gives a very good level of comfort at the level of centralization.

As more and more developers enter the blockchain domain, they will be faced with the choice of which ecosystem to join, and currently all major cryptocurrency software stacks may allow developers to fall into two paradigms, horizontal or vertical. one of the.

But we believe that there is a third option that is more open and more inclusive.

With a configurable solution ecosystem, developers are free to integrate on any layer or any blockchain (including their own chains) . Moreover, it can be extended to provide hardware for bundled service sets, making it easier to deploy multiple functions such as identity, storage, and offline computing.

With Service-Oriented Architecture (SOA) and microservices, this solution fully reflects the application infrastructure and middleware (AIM) marketplace, and enables easy integration of a more flexible and adaptable infrastructure. And reuse. But in the end, we still need more ways to make the cryptocurrency industry “ cross the chasm ” and allow each method to coexist and serve 99% of the world's developers or market segments.

In many cases, these stacks are often blurred, and horizontal and vertical extensions can be combined. For example, our investment theme "The Convergence Stack" contains a name in the portfolio. Sovrin 's project, Sovrin is part of the Hyperledger, and is also exploring interoperability with Ethereum, which is also part of the "Ledger Layer" stack in our investment theme. So from this perspective, the stack is just one of the more likely configurations of thinking with interoperability techniques.

Today, although we don't have all the protocols needed to fully implement the full vision of Web 3, for Web 3, it's actually like LAMP (Linux + Apache + MySQL + PHP) or WAMP (Windows + Apache + MySQL + php) It is a project that has been passed down from generation to generation, but now we may be approaching the critical point of market transformation, especially at the ledger/clearing level.

"Currency" also has certain characteristics, because currency conservatism is usually positively correlated with time, which means that cryptocurrencies that have just entered the market are difficult to compete with old cryptocurrencies such as Bitcoin or Ethereum. But the problem is that for many professionals, Bitcoin and Ethereum still can't act as a clearing layer, and there are still some basic issues, such as identification. Of course, not everyone trusts Bitcoin.

At this stage of the cryptocurrency technology cycle, we believe that the system will soon not leave much "old-fashioned" infrastructure.

This situation is more real in the West than in the East, especially as several large projects launched in the fourth quarter of 2019 began to release funds, and the pace of infrastructure change at this stage has become faster. We believe that for any new agreement to be successful, it must go directly to the market, which is why our investment theme "The Convergence Stack" is open and collaborative. This year, The Convergence Stack has developed more than 20 agreements and contributed more than 50 million lines of open source code.

Along with the expansion of the financial value of a few crypto assets such as Bitcoin and Ethereum, the encryption cycle was largely caused by speculation, and ERC-20 token innovation also accelerated the development of the cycle. However, value acquisition methods have shifted from exchanges and wallets that act as distribution channels to the introduction of new funds into the category of encrypted assets.

If you consider the impact of the cryptocurrency staking service industry, you will find that the unicorns of these encrypted worlds have played a very powerful role in the development of the Prosperity Proof (PoS) network, not just the general capital flow and new Encrypted assets issue these things.

The next stage of the unicorn will be the product that meets the "intentional or unintentional" network usability needs , just as the wallet and the exchange seized the opportunity to meet speculative needs in the previous cycle.

Think of "Red Hat", an open source project for Linux services, with great success. Recently, Red Hat was acquired by IBM for $34 billion, so what would it be if there was a cryptocurrency version of "Red Hat"?

We believe that this type of organization will provide middleware that will make the stacks easier to use and provide a financial layer that will allow a more stable "software as a service" business model to appear at the top level. In this way, the concept of an "invisible agreement" is truly embodied. These organizations may launch basic tokens as a digital commodity supply to meet the business model innovation needs, and over time, they will gradually replace the exchange and become the distribution channel for the most important real applications.

At this stage, the cryptocurrency market is still in its infancy, basically in the pre-seed and seed stages, and the entire industry is also highly fragmented (we see an internal investment growth of about 15%) . This means that in the next 3-5 years, the cryptocurrency industry will inevitably undergo large-scale integration to create organizations that can scale while meeting market needs , especially for large enterprise customers . Large companies like Microsoft and IBM may play the role of industry leaders, and Accenture, Deloitte and Oracle will join in some large-scale M&A transactions.

Interestingly, the investment philosophy of “ invisible agreement ” may accelerate to become a reality. Some venture capital firms in the cryptocurrency industry seem to have seen so-called “funding fatigue”, and now more traditional equity-generating companies are required to enter the market.

So far, what does this mean for those "cotton coins"?

First of all, for everyone (not just us and our partners) , it is now becoming clear that many token networks are not a substitute for bitcoin.

As the capital markets surrounding the token assets become more mature, the demand for the fundamentals of productive assets will emerge. Like other tradable commodities, fundamentals will become an indicator of price development and network health. This will lead to the emergence of a “blue chip” category of crypto assets that have sustainable needs or have new revenue-generating business models that will make them different from other cryptocurrencies in the market. Only then can stand out.

For those indexes that track the cryptocurrency market, I hope they can understand the difference. Although there are more and more capital around the "blue chip" crypto assets, some new institutional funds will enter without risk. field. 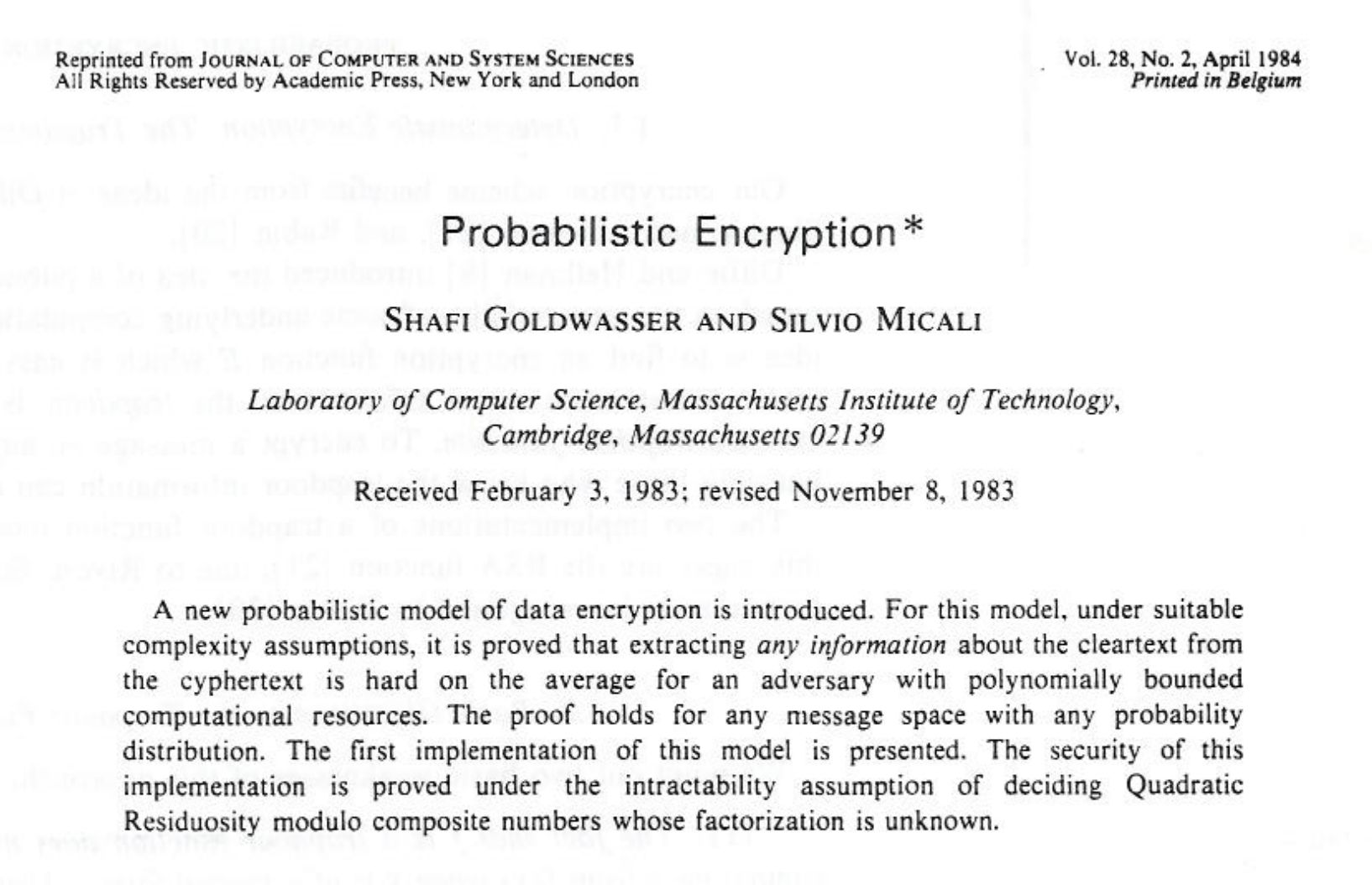 National Distinguished Professor Cai Weide: Once the country issues digital fiat currency, it can be profitable

Study: Bitcoin is a viable option for investors amidst increasing geopolitical uncertainty

SEC Chairman: The cryptocurrency is not stocks and bonds