At the beginning of the conference, Zhu Chongyu, founder of Consensus Mining, and Hu Jing, the director of BTC.com's operations, gave speeches to the conference. They gave sincere greetings to the friends in the blockchain industry, hoping to make steady progress in every step while striving for rapid development. It has shown a positive and optimistic attitude towards the development prospects of the blockchain mining ecology.

In the topic sharing session, Zeng Xiang, the founder of Consensus Mining, gave a speech at the conference on the future development of the blockchain mining eco-industry in the AI ​​era. Shi Zhaoxiang said that the mining industry is currently at the stage of dividends, and this stage will face great risks. In addition, Shi Zhaoxiang also mentioned the AI ​​mining knowledge made by the music digging and consensus. “In short, the front-end miners are responsible for providing computing power, while the latter AI practitioners need to rent the server and rent the AI ​​with the miners. Miner server."

Shi Zhaoxiang said that at present, the music digging APP is now in the stage of going online, hoping to build an ecology, and welcome everyone to join and create together. Working with the consensus and co-prosperity with the co-workers is the root of doing a business.

BTC.com's COO Hu Jing gave the guests a detailed demonstration of the mining pool business and the future development of the brand. Hu Jing said:

BTC.com's mining pool and block browser products are the infrastructure of the blockchain industry, which has maintained the healthy and stable development of the public chain to a certain extent. “The BTC.com mine pool has been with you for three years. We are grateful, and therefore we have a heavy rate offer and a big gift to give back to all miners.”

In terms of technology, the BTC.com mining pool has also achieved separation between the front and the rear. In the future, the speed of supporting the new currency will be faster, and the operation of the platform will be more stable, which will help us to provide efficient services to miners.

"For future plans, BTC.com's mining pool will undergo continuous technical iterations to provide users with a more stable and high-yield platform; block browsers will continue to increase the new currency and strive to synchronize with the mining pool."

The BTC.com brand will also explore both technical output and project investment. We look forward to more excellent investors and entrepreneurial teams to conduct in-depth discussions with us.

Wang Yang said that since 2017, the basic population of Bitcoin has undergone tremendous changes. There are enough people around the world to know Bitcoin, but not many people are involved. There is a huge demographic dividend in the middle, which is the same as the Internet. If you don't enter the venue as early as possible, you won't get a demographic dividend. Therefore, it is quite necessary that "one should at least pick up a bitcoin". The more people who hold bitcoin, the more the industry will go further.

Immediately afterwards, the conference entered the roundtable forum. The theme of this roundtable forum was “Fengshui Urgency: 2019 Dry Water Layout and 2020 Industry Outlook”.

The guests expressed their views on the issue of "the current stage of the mine is facing a dry season and how to prepare for war".

LINKKT co-founder Lan Jian said that the conversion of abundant water and dry water is an annual problem. When it enters the dry season, it will use some financial models. Some of the calculations of the mine will also be combined with some innovative products. Everyone has a foresight in advance, and the small miners will be dealt with together, and the mine layout will be promoted during the construction of the mine.

Zhu Chongyu, founder of Consensus Mining, also said that in the new layout, no matter how far it is necessary to conduct field visits. In the future, the national unified policy high-pressure risk is not high, and the policy uncertainty will leave room for the southwest Fengshui. Therefore, the consensus mining industry has initially set the layout of the new mine in Sichuan and Yunnan. For the old generation of mining machines, Then consider developing abroad.

Chen Lei, the founder of Bit Blue Whale, said that the conversion of two points is a good opportunity for bargain-hunting. Everyone should seize this opportunity. The general plan for Bit Blue Whale is to bring high-power mining machines to the sea, and high-computing mining machines are chosen for domestic use. At present, Kazakhstan has begun to use joint mining methods to undertake some high-power machines for the industry.

In 2020, a halving of bitcoin production will be a watershed, which will be a serious challenge for the mining industry.

In this regard, the Marine Association, the mainland's Ark co-founder Li Haiyang said that the process of "survival of the fittest" in emerging industries is inevitable, and the re-shuffling of mining batches and batches will eliminate some bad projects, only have more technology. R & D, better production strength, in order to be invincible.

Wang Yan, a senior miner, said that halving bitcoin is an inevitable situation. Mining and halving are actually very important. This is directly related to the fact that the value of the currency is unchanged, and the income is directly cut in half, which may cause the price of the currency to be lower than Electricity costs are required for output. Fortunately, Bitcoin's next halving coincides with the flood season, and the electricity price during the flood season is 10% above and below the benchmark price, greatly reducing costs.

Ant Mining CEO Tang Wanlong suggested to everyone that it must learn how to survive first. Bitcoin will inevitably rise in the future, but it is uncertain in time, so the risk factor of Bitcoin is actually very large, so in Bit When investing in currency and bitcoin mining, you should try to look at the problem with the concept of “currency-based”.

Zhu Chongyu, founder of Consensus Mining, said that in order to effectively improve the profitability of customers, the music digging platform hopes to build a mining machine with lower consumption, stronger calculation and higher return, and support the best with the lowest electricity cost. Working with the consensus and co-prosperity with the co-workers, more fans and industry players will turn their attention from the secondary market to the blockchain mining industry. At the same time, Consensus Mining and MIDAS Fund reached strategic cooperation on MDC purchase computing power and traffic sharing.

In the next keynote session, ALBER, the general manager of ASUS Global Server, delivered a speech entitled “ASUS GPU Server and Artificial Intelligence, and Eco-Cooperation with Deep Brain Chain”, sharing ASUS’s general analysis of the entire AI technology. The AI ​​server was displayed on the spot.

Zhang Dong, deputy general manager of Qinghai Mobile Government and Enterprise, delivered a speech “IDC and 5G, as well as the construction of the global ecosystem of DBC distributed computing power for deep brain chain”, detailing the Qinghai Mobile Plateau Big Data Center and the idea of ​​5G construction. Including the support of distributed computing in the future and cooperation with the deep brain chain.

Yu Jian, founder of Zhijian Core Cloud, delivered a speech on “Change, Next Decade”. Yu Wei said that the next decade should shift everyone's attention to the mining area, because mining is actually the only real economy in the entire blockchain world. The real economy does not only say incremental, it should still be said to be a variable. The so-called variable is to let more people participate in the purchase of computing power. The next round of the mining circle will be the cloud computing power, and the challenge will also be Quite arduous.

Zhang Li, co-founder of Wolf God Mining Machinery, shared his experience in product development and sales and the need to pay attention to the selection of mining machines with the theme of “How to control the operation and maintenance costs and after-sales costs of mines through procurement”. Some Problems. Zhang Li said that before the purchase of mining machines, the equipment brand should be considered. Is it true that the operation and maintenance costs and the after-sales costs of the later-stage purchases should be verified? Try to choose a long-term warranty and a large-scale mining machine to maximize profits.

Quantitative trading refers to the way in which securities are used to conduct transactions using modern statistical and mathematical methods. Zhang Xiaomeng said that 61 quantification is the first investment research institution in China that focuses on providing risk-free and stable profit strategy for digital assets. It is also one of the longest-running teams in China, and has maintained an annualized income of 60% for many years.

Fan Xiaojun, head of Asia Pacific Sales of Bitcoin, shared his experience in the currency circle and the periodicity of mining machines in his keynote speech on “Going mine to the end”. Fan

Xiaojun said that in theory, as long as there is no more miner than S17pro, his life cycle is forever, depending on the S19 coming out later, S21 will come later, but how long this can come out is now an unknown number.

The person in charge of OKKONG, Li Fei, shared the topic “Doing a better mining business” and detailed how OKKONG helps mine owners to better mine. Li Fei said that the calculation data of the OKCLOUD cloud computing platform is provided by the real mine. At the same time, OKKONG should be used as a traffic portal, and more functions can be realized on the OKKONG platform.

At the summit, guests gathered and the scene was full. After the meeting, nearly 300 people attended the thank-you dinner, and finally ended in a warm and enthusiastic atmosphere.

The guest lectures, numerous high-quality projects and wonderful roundtable forums held by the summit shared a lot of high-quality content for many guests, and they have a clear understanding of the future development trend and future prospects of the blockchain industry. The blockchain will bring a wonderful wish tomorrow.

Although this meeting ended, the blockchain industry will never end, and its future will let us look forward to it. 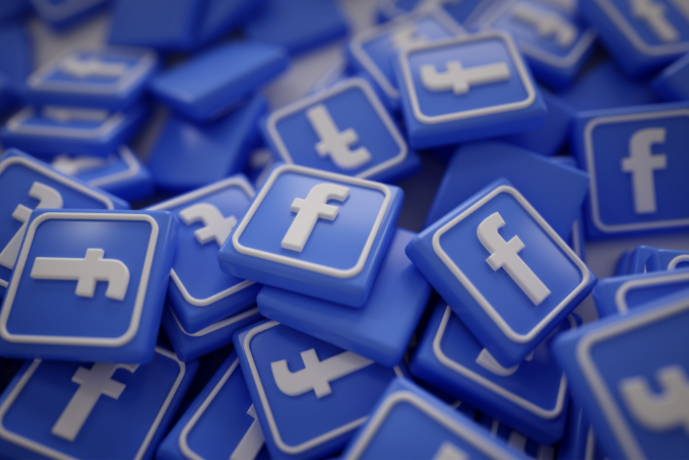 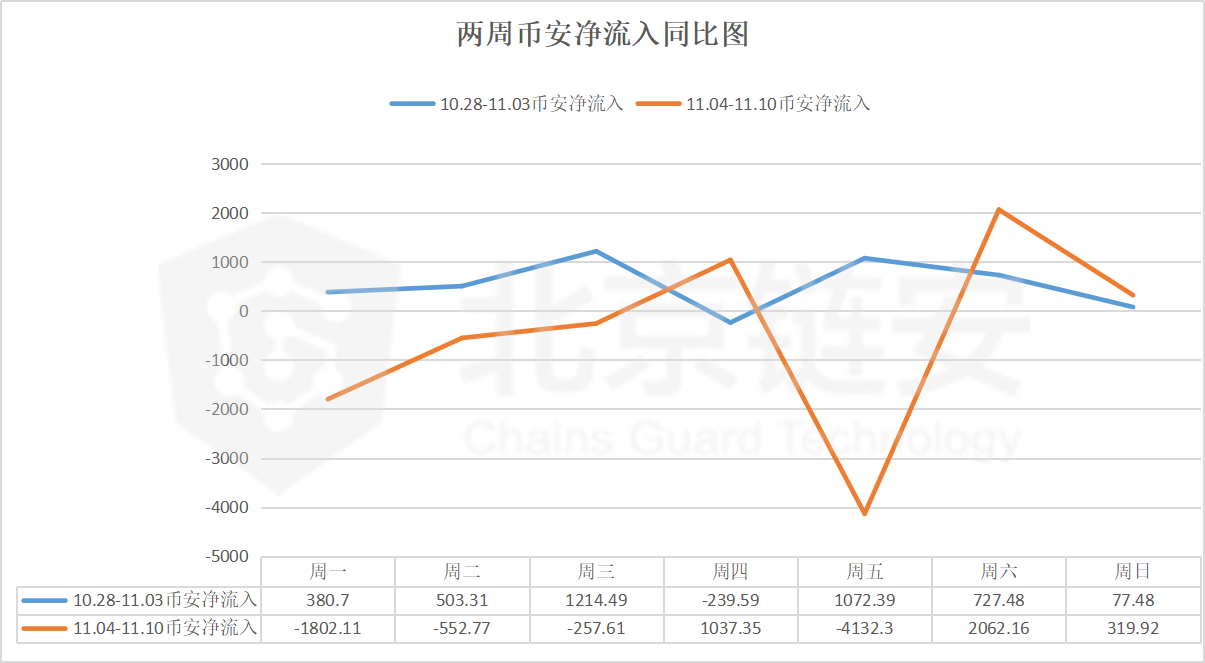 Pang Yinming from the Ministry of Industry and Information Technology: Wealth management requires the intervention of new technologies such as blockchain