Central banks are getting closer to issuing their own digital currency.

(Central banks are getting closer to issuing their own digital currency).

– "Wall Street Journal" As a concept put forward in 2015, the Federal Reserve Currency (FedCoin) has been regarded as a theoretical assumption for many years, and the Fed stakeholders have repeatedly confirmed that there are no plans to issue FedCoin on different occasions.

Who would have thought that Facebook’s Libra, like a savage stone, broke the original low-key and calm central bank digital currency pattern once it was launched? Under the pressure of Libra’s pressure, central banks have publicly voiced their voices. The Fed denied the re-consideration of the Federal Reserve Currency (FedCoin).

According to a report by Politico, many US bankers have expressed a sense of urgency to explore the “FedCoin”, and Facebook’s digital currency Libra seems to have forced the Federal Reserve to rethink the issuance of the Federal Reserve Currency (FedCoin). "The idea ."

As the benchmark for global blockchain and digital currency regulation, the United States has been active in digital asset derivatives, but in addition to Fedcoin proposed in 2015, the Fed's digital currency sector has been rarely expressed.

"Fedcoin can give the government God's omnipotent power." The Fed, which has maintained decades of dollar hegemony, is very clear about the impact of the digital currency. It is more of a taboo and more useful as a dollar hegemony. The former chairman of the CFTC (US Commodity Futures Commission) has no qualms about this:

After the launch of Libra this year, Trump sent a tweet comment "almost no reliability", but Fed Chairman Powell's statement is intriguing: for cryptocurrencies like Libra, the Fed does not have full management rights, on the contrary, because the Fed "right The payment system has significant input, so it may influence the widespread use of cryptocurrencies through the “International Forum”, but it is still in “infancies”.

The implication is that whether it is Facebook's Libra or the Federal Reserve Currency (FedCoin), the Fed will use its resources to gain its voice and influence. Therefore, the Fed is afraid that the established position of the US dollar has not been significantly shaken. There will be no more obvious movements. 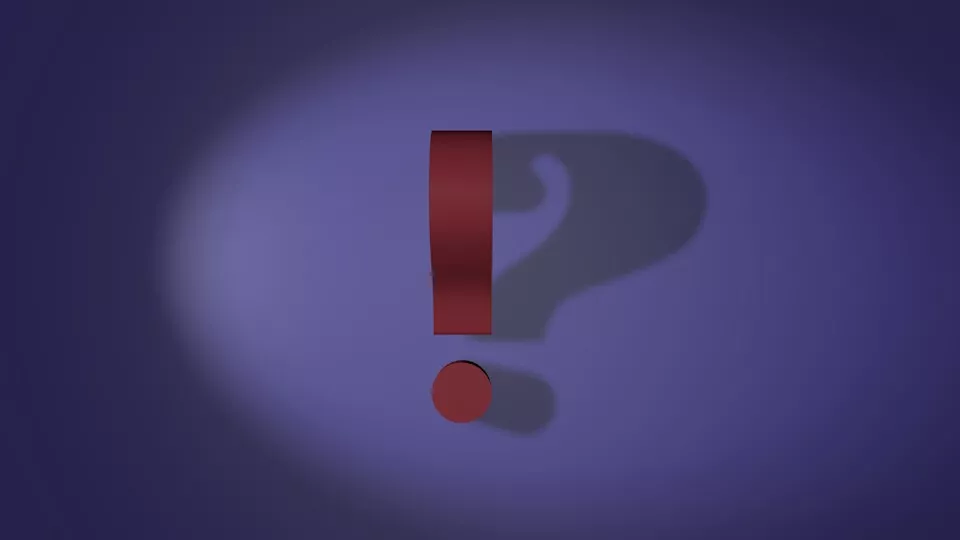 As the first major power to implement system supervision in the digital currency industry, the current establishment of a cryptocurrency trading platform in Japan is a policy license and is regulated by relevant laws and regulations. However, it is now more at the enterprise level – in addition to the trading platform. The digital currency issuance is more concentrated for the self-issuance of enterprises and banks:

More than 70 banks in Japan are developing an electronic currency that is expected to be available in 2020;

However, after the launch of Libra, the Japanese financial community is worried. Unlike the previous argument that the issue of legal digital currency is “not necessary”, the Bank of Japan’s president, Kuroda, who has always been cautious about digital currency, also said that the future central bank will “ Concerned about whether encryption assets (virtual currencies) can be trusted as a means of payment and settlement, and what impact it has on the financial settlement system . "

03 Europe – Plan ahead, open and active 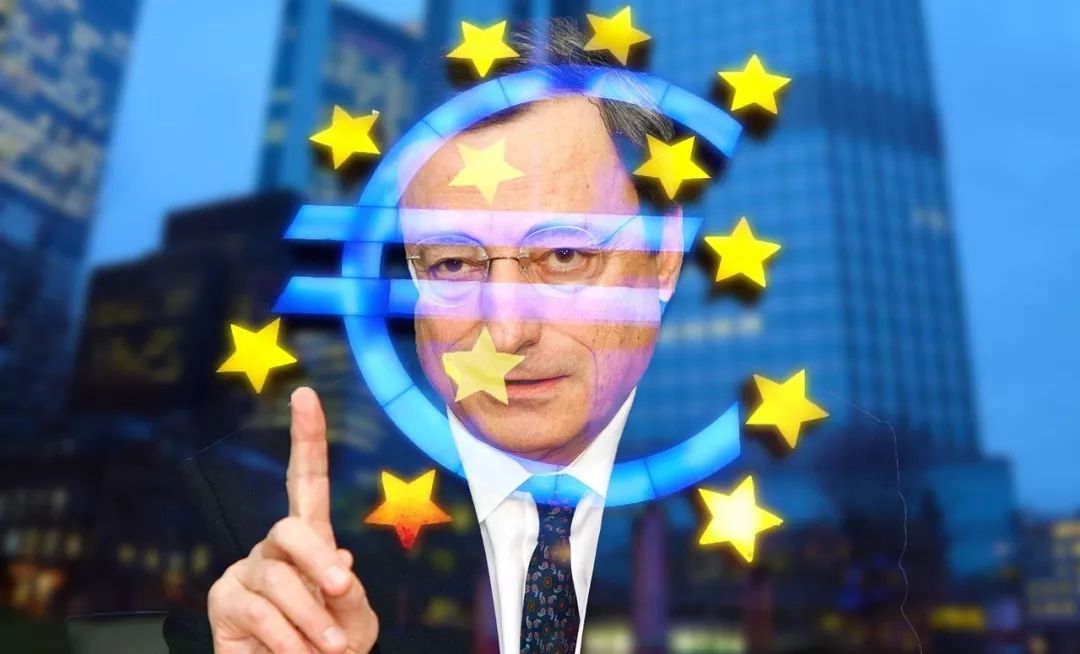 1. Switzerland's Zug, known as the “encryption valley”, has become the cradle of various blockchain systems such as Ethereum. The local government has also introduced relevant policies such as the Ethereum blockchain digital ID plan;

2. In May 2017, Malta positioned the “blockchain” as a national development strategy, aiming to establish a “blockchain island”, attracting a number of industry TOP companies such as the currency security, and the Malta parliament in June 2018 Passed three bills on cryptocurrency, blockchain and distributed ledger technology (DLT);

In the field of central bank digital currency, Europe has not been absent. As the world's first central bank, the Bank of England proposed to issue digital legal currency as early as 2016. In August of the same year, it published a working paper entitled "Macroeconomics of Digital Money Issued by the Central Bank", which for the first time theoretically explored the issuance of digital currency by the Central Bank. Sweden has also announced an e-krona plan for its possible impact on the macro economy.

Since the launch of Libra, the main heads of monetary policy in Europe have also made their statements:

Christine Lagarde, former president of the International Monetary Fund (IMF) and president of the European Central Bank, spoke in public about "the possibility that we should consider issuing digital currency";

German Finance Minister strongly opposes Facebook's Libra, urging policymakers not to accept alternative currencies such as Libra Stabilization Coin; French Minister of Economy and Finance Bruno Le Maire also reiterated Libra's criticism that he could not tolerate the existence of Libra and said that he should consider Proposed a "public digital currency" on the proposal of Mark Carney;

Europe’s positioning of the central bank’s digital currency may be more like a supplementary blessing on the euro (sterling) in the dollar system: “The dollar won’t lose its position overnight, (but) bankers should now consider a post-dollar world, and Not waiting for the next crisis to force change."

04 China – after the move, the sheath is coming soon

“From 2014 to the present, the research on the central currency digital payment DC/EP (Digital Currency Electronic Payment) has been going on for five years. Since last year, the relevant personnel of the Digital Money Institute has been 996. Digital currency can now be said to be coming out."

On August 10th, the former deputy director of the Central Bank's Payment and Settlement Department, Mu Changchun (currently the director of the Central Bank Digital Currency Research Institute) expressed his position at the 3rd China Finance 40th Yichun Forum, or explained China's The central bank digital currency DC/EP is coming soon. (Click here for a link to view the details: Luo Zhenyu's "Digital Money Special Issue" on the line was popular, and a blockchain science course with a unique perspective)

Since 2014, the People's Bank of China has started research on digital currency related;

In July 2017, the People's Bank of China Digital Currency Research Institute was formally established, and Yao Qian was appointed as the director;

Five years ahead of schedule, the People's Bank of China is foreseeable in the field of digital currency research. Nowadays, under the background of Libra's hot debate in the domestic financial circles, the statutory digital currency of the People's Bank of China seems to have redefined its position with the replacement of new and old directors, and more emphasis on “payment settlement”.

Russia : After Putin received V God, Russian officials announced in 17 years that they would issue the legal digital currency “CryptoRuble”, but there has been no follow-up news so far;

Canada : Researchers at the Bank of Canada have published several working papers in recent years on the impact of central bank issuing digital currencies on social welfare. According to the latest report by local media The Logic, the Bank of Canada is considering the development of a final replacement for fiat money. Digital currency;

Venezuela : Since the pre-sale on February 20, 2018, as a perfect means of bypassing US financial sanctions, PetroChina has been highly anticipated from the outset and is widely used in Venezuela.

“I can tell you straightforwardly that we have no plans to issue FedCoin at any given time.” Now, looking back at the comments of Jim Cunha of the Federal Reserve’s Boston office in 2017, we will find the future. It’s always much faster than I expected. Nowadays, it is already possible to see the central bank digital currency in the distance, and with Libra stirring, it may be accelerating to us.

Message Mining No. 353: Which countries do you think will be the first to issue central bank digital currency? Feel free to share your opinion in the message area.

BTC's popularity is rising steadily, driving the slow activity of trading on the chain

President of Russia's State Development Bank: countries that do not develop blockchain will return to the Stone Age in 20 to 30 years