Let me briefly talk about some of my views on the market outlook. The current market is in a stage of horizontal shock. It is not good to say how long it has been here. But one thing is certain is that the shock will eventually fall again. In general, the world economy has experienced an unprecedented crisis, and the government’s attitude toward cryptocurrency is worrying. The investment intensity of the entire market is declining. You can also go to the community of various project parties to understand. How many active users, I personally think that there is not much chance before BTC's next production cut, the market trend will continue downward until all investors' emotions fall to freezing point, and a large number of project parties will shut down the project and will usher in real The rebound, it is still too early to talk about the rebound.

BTC continued to maintain intra-range volatility, and the volume of trading continued to shrink. The individual still maintained his previous views. The longer the sideways time, the worse the market outlook, because it will form a certain set of plates, and then think about this. The interval is difficult, and there is no tendency to stand back to the 5-week line. I personally think that the target does not have the expectation of a sharp rebound.

It is still oscillating near the lower shadow line. The long and short sides have not yet won the match, but they have already tested the support of $7,700 four times. If this point is lowered again, it is likely to fall below the support of the point. Personally, the next support is expected to be around $6,800-6,900. If the target re-sends back to the 5-week line and the 5-week line turns upward, then the conclusion is not established. At present, attention should be paid to the gain and loss of 30 antennas. It is possible to test again whether the high of $8,780 can break through, and if not, maintain the previous downtrend. 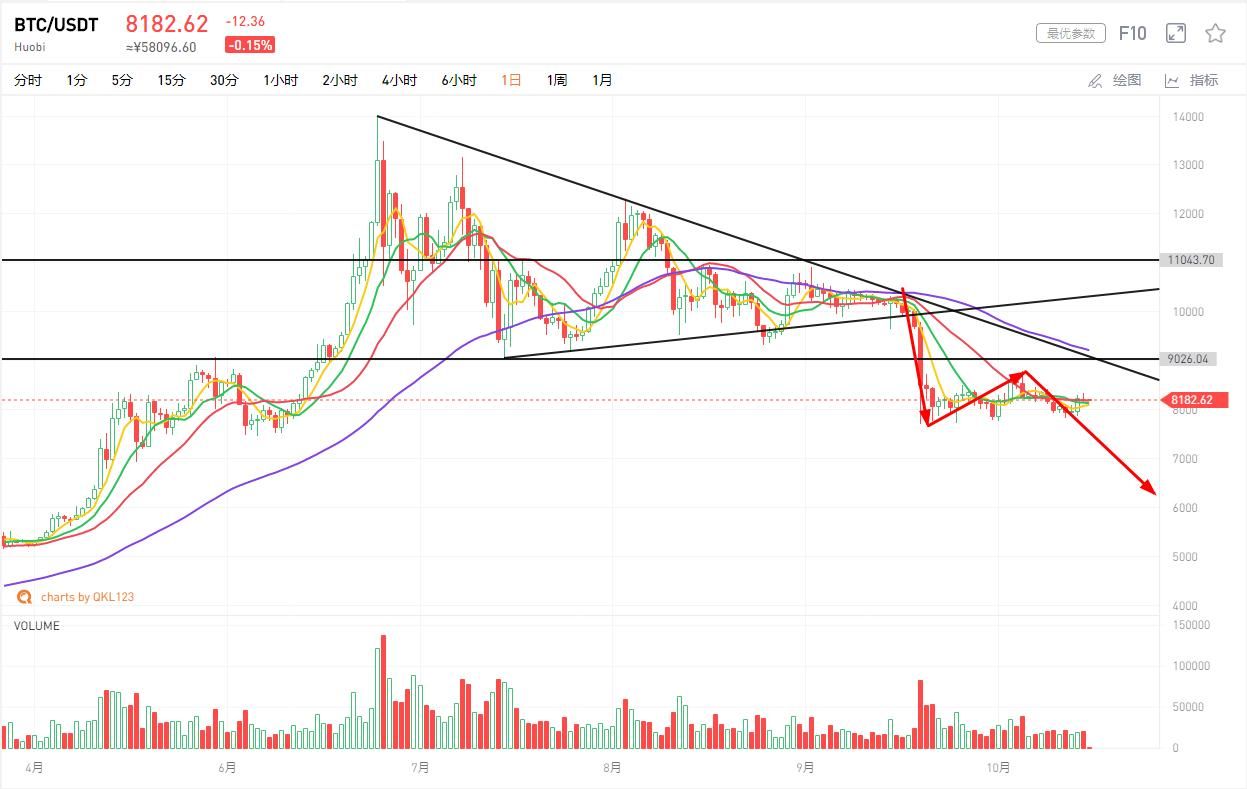 ETH is still near the 5-week line. The weekly-level moving average system basically presents a short position. The unstable BTC trend also restricts the influx of the ultra-chassis. It is basically consistent with the previous judgment. The current volume cannot continue to support. The target has a large rebound. At present, the target is less likely to take the independent market. The probability is to follow the market. Even if the target wants to go independent, it needs to be oscillating in this place to repair the moving average indicator. Personally, it is considered for September 24. The counter-extraction of the Japanese Yin line has basically ended. Next, I will continue to look for the bottom support. I personally look at the target relatively empty. I think the target may be new low. I suggest that you pay more attention to the variety of BTC and platform coins. Popularity, a potential performance support, of course, is only my personal opinion, pay attention to risk.

Wuzhen Scene, Tao Rongzhen: Finance is the most important application in the ten years since the birth of the blockchain

Securities Times: Digital currency must take root in China is a decision to keep pace with the times

PayPal Board of Directors: If Bitcoin is successful, its value may exceed $1 million in the next decade

The Huobi Chain code is suspected to have been open sourced on Github.