The winter of the coin seems to have passed. From the beginning of the year, Facebook, JP Morgan and other giant hair coins, to the model currency, the IEO is in full swing. The hot spots in the first half of 2019 have never been interrupted.

Compared to these fleeting hot spots, there is a blockchain field that is undercurrent.

Some people say that its emergence makes traditional big-name capital gamble at a hefty price; some say it will be the most exciting future of the blockchain; and some even say that its existence will shake global finance.

If you don’t sell it, this hot spot that is “ blowed ” is “decentralized finance” , which is called DeFi in English.

It may be a stranger to talk about DeFi, but in fact, lightning network, stable currency, decentralized exchanges, etc., which often appear in your eyes, belong to the DeFi field.

Since it is not a recent product, why is it now burning? Why do you say the next killer app will be born in the DeFi field? Will this field die like a hot spot in the past? Let's start with our body section.

What is the DeFi field worth looking forward to?

In 2018, when the blockchain concept became popular throughout the country, V God speculated that the killer application of the blockchain would appear in the game or financial field , and now the former has to be questioned.

The game field is indeed one of the closest areas to users, but if you have an active ranking of DAPPs that have viewed the major public chains, you will find that the top ten are always dominated by spinach games during the year . Can spinach games become killer apps?

Hard, very, very difficult. At least for now, there is no application in the blockchain game field that has left the hype and large user volume.

" The killer application of the blockchain may not have a large number of users, but run a lot of money. If you use a 'search for people's look for Internet killer apps' to find blockchain killer apps, you might find To."

In the traditional field, the place closest to money is finance.

Financial markets are strong, but 90% of the benefits ultimately flow into the pockets of 10%. Ordinary people, as fund contributors in this system, they hand over their own asset control rights and even pricing powers to banks or other financial institutions. These money flow through the capital market to obtain considerable profits, but in the end ordinary people only get A small part of the profit.

In the DeFi system, users can truly have the autonomy of assets. In addition, DeFi's most important vision is to pass all assets to the world, to achieve borderless transactions in the global market, and to create a more open financial system.

People can trade anything they want to exchange here. There is no black box, no entry barriers, convenient and fast cross-border services, no need to worry about privacy being reviewed and utilized, and all data is transparent.

Although DeFi's volume is very small compared to the current financial market, the field is gradually growing from the prototype.

The well-known international venture capital institution A16Z has set up a fund worth 300 million US dollars for the encryption market, and the DeFi field is one of the key areas.

Currently, there are thousands of projects in the DeFi field. In addition to the lightning network, stable currency, and decentralized exchanges mentioned above, the DeFi field actually has branches such as deposits and loans, transactions and payments, forecasting markets, and investment management. Red fried chicken in the field of DeFi

It can be said that the fiery heat of DeFi gave the Ethereum holders a shot in the armor – in the DeFi application ranking, nine of the top 10 applications were built on the Ethereum.

Next, let's talk about this overlord project and help you learn more about the DeFi market.

In the traditional financial world, if you need money urgently, you can take the house, car and other assets to the bank mortgage loan; in the world of Maker DAO, you can use Taifang as collateral for the stable currency DAI, and DAI can Anchored with the dollar 1:1.

There are so many stable coins in the market, what is the difference between DAI and other stable coins?

“Other stable currencies are mainly used as deposit channels. They must be pledged for one dollar to issue new stable coins. Dai’s model is different. It is a stable currency for the issuance of cryptographic assets, and does not need to occupy real resources.”

To borrow DAI from Maker, you need to perform the following steps:

1. The user sends the ETH to the smart contract on the Maker (this smart contract is called CDP, which can automatically save, lock, and return the user's mortgage assets);

2. The system will exchange you a certain amount of DAI according to the value at that time, in which the value of DAI will not exceed two-thirds of the value of the mortgage ETH (the more the ratio of the redemption, the greater the risk that the user faces liquidation);

3. When the user wants to redeem the ETH, he will return the same amount of DAI and pay a certain "interest", which can only be paid by MKR (the token of the MakerDAO project);

4. After confirming the repayment of DAI and interest, the system returns the ETH that the user mortgaged.

Some people may be curious, why should I use Taifang to mortgage DAI? What can these DAIs do?

Do you still remember the story of buying pizza with 20,000 bitcoins? If there was such a system in existence, the younger brother could mortgage Bitcoin for $20 to pay for the pizza, and wait a few years to redeem it, so that he would not have to watch the $100 million disappear.

Similarly, if you believe that Ethereum is far more than the current price, you can borrow DAI from Maker to pay for other expenses.

In addition, DAI can also be used as a “borrowing egg” for cross-border transfers and other financial market investments. The most used method is to use DAI as a lever to do more Ethereum:

Mortgage 1 ETH – get DAI worth 0.5 ETH – change DAI to 0.5 ETH on the exchange, then you have 1.5 Ethereum, when Ethereum goes up, you get an extra 50% profit. If you go through this process once, twice, or three times, you will have more extra income.

It is also based on this point that DAI has become the most popular decentralized stable currency in Ethereum, driving Maker to become the dominant player in the DeFI field. Therefore, many people regard the success of DAI as the key to the success of DeFI.

Have to say the DeFi problem

At present, DeFi is well-received by the market, but like all emerging markets, there are certain internal problems and development drawbacks.

1. There is no credit system and mobility is limited.

In the financial market, the core part is not the transaction, but the borrowing, which separates the ownership and use rights of the funds and lends according to the credit situation of the users. However, the DeFi market is based on blockchain. There is no third-party organization like a bank, so assets can only be “as” to the platform to obtain funds. This will limit the mobility and future growth of the DeFi market to a certain extent.

2. The fluctuation of digital currency is too large, which will aggravate financial risks.

In Maker DAO, we mentioned that if the mortgaged Ethereum suddenly plunges 50% or more, the “bad debt rate” of the entire system will rise and it will face insolvency. Although the foundation of the Maker project is the final guarantee, there is no guarantee that the last system will regain the trust of users.

3. The regulatory issues that are often talked about

The USDT is the stable currency of the largest audience in the currency circle. It faces the regulatory pressure of the SEC all the year round and has to transfer bank accounts everywhere. DAI is a decentralized stable currency, and Maker is a lending system. If the volume reaches a certain level, it may also face policy supervision.

As with most of the current DAPP problems, DeFi is less than the traditional financial sector. At present, Maker is a big one in the market, and other projects are far apart. Part of the reason is that the entry barrier is higher and requires the user to reach a certain level of awareness. Although it can improve the efficiency of traditional financial services, most of the current DeFi operating interfaces and operating procedures have set aside for most ordinary users.

DeFi opens the door to another form of finance, and even if it is difficult, the future may still have a certain impact on traditional financial markets. Although it is still too early to talk about subversion, DeFi will finally usher in its own era of eruption, we will wait and see.

Inspiration of stablecoins: analysis of… 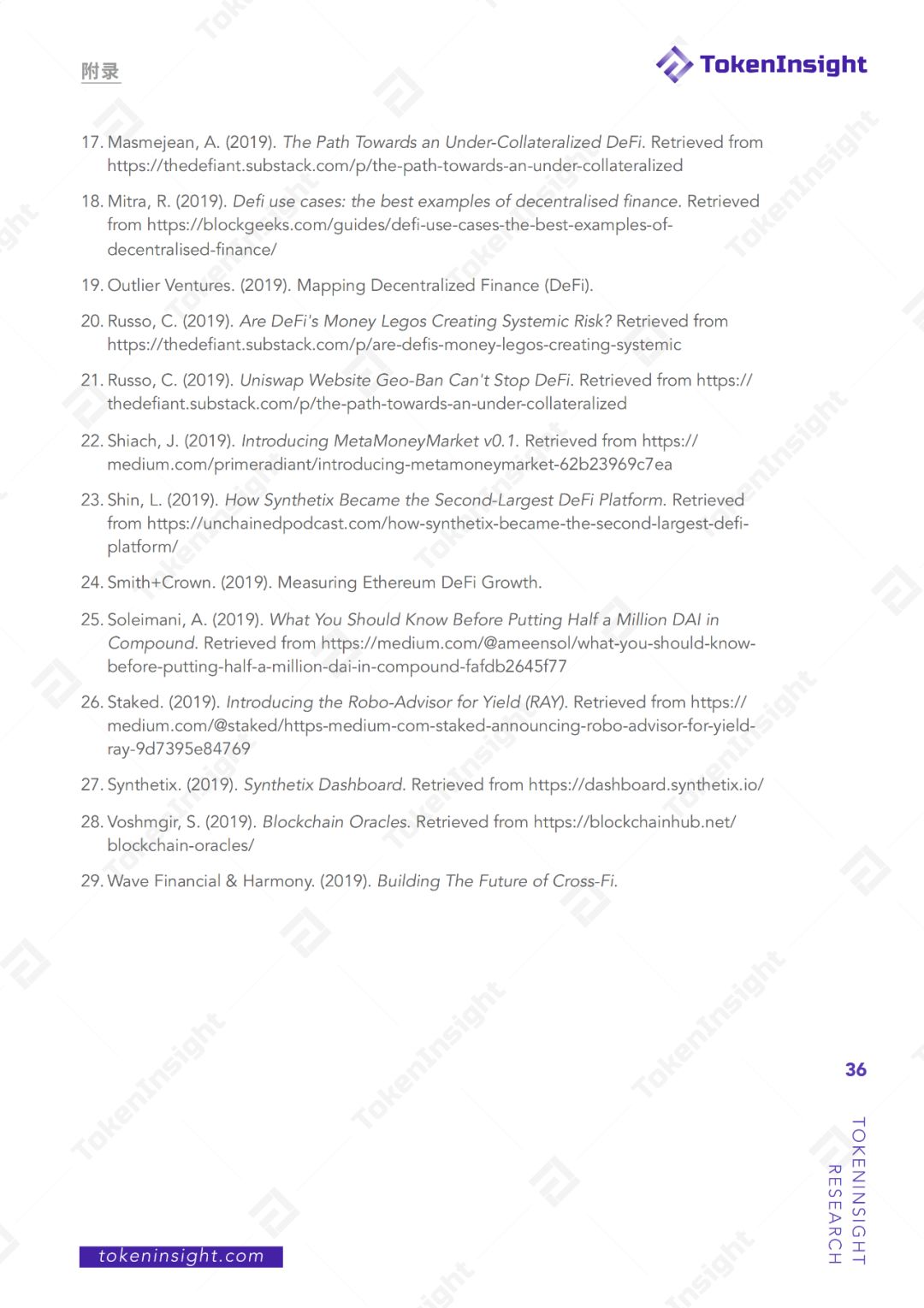 Liberation Army Daily: Blockchain military applications are in the ascendant

EU Parliament Report: Digital currency issued by the central bank will reshape the competitive landscape of the encryption market 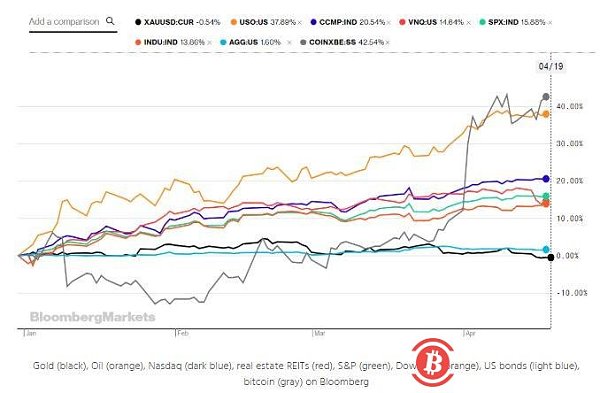 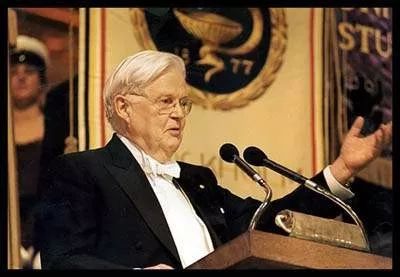