Beijing time yesterday (October 23) 20:41, Bitcoin quickly dive from the 7900 Academy of Fine Arts to less than $7,700 in just one minute, and continued to fall rapidly in the next three minutes, the total decline in 4 minutes The $500, once fell below the $7,400 integer, hit a five-month low. 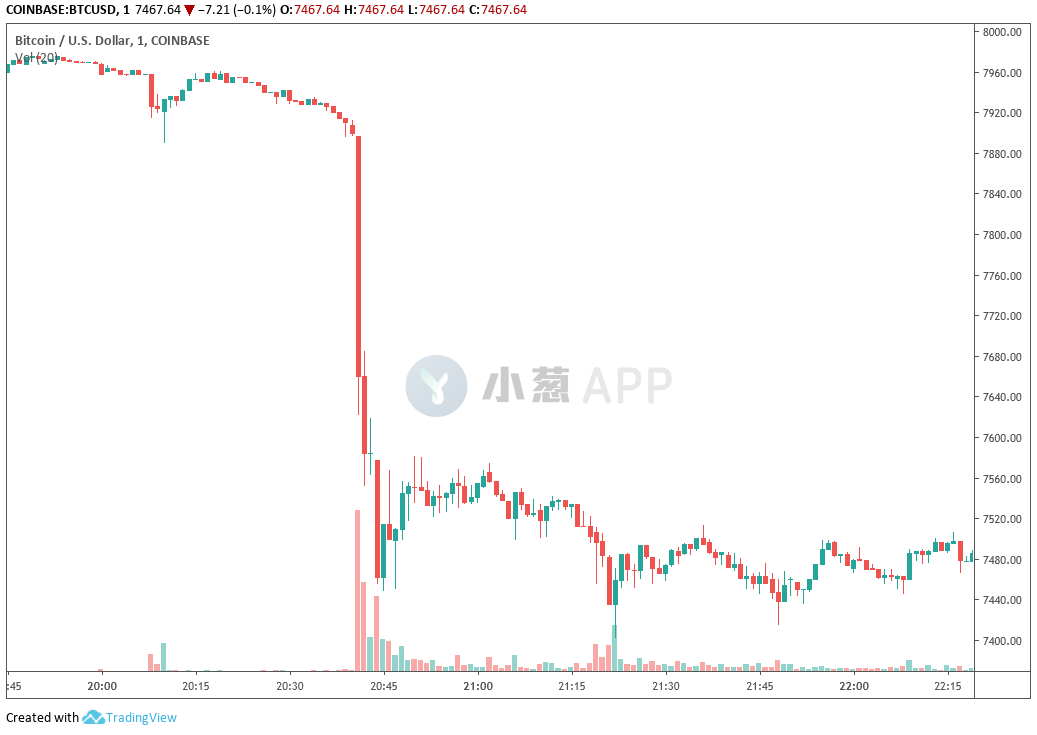 Along with this long-lost instantaneous diving market, there is a volume of volume that has not been seen for a long time. Judging from the instantaneous volume performance of Bitcoin for 1 minute on several head exchanges, the volume of the 1-minute line at the first time was more than ten times the average of the past few hours. After the wave of falling volume, the trading volume of Bitcoin in the past 24 hours has reached nearly twice the average daily volume of the past 30 days.

Affected by price changes, several large contract exchanges generally have a highly concentrated and huge burst of positions, just a Bitmex exchange, which was worth about 181 million in just six minutes from 20:41 to 20:47 yesterday. The dollar's bitcoin perpetual contract broke. 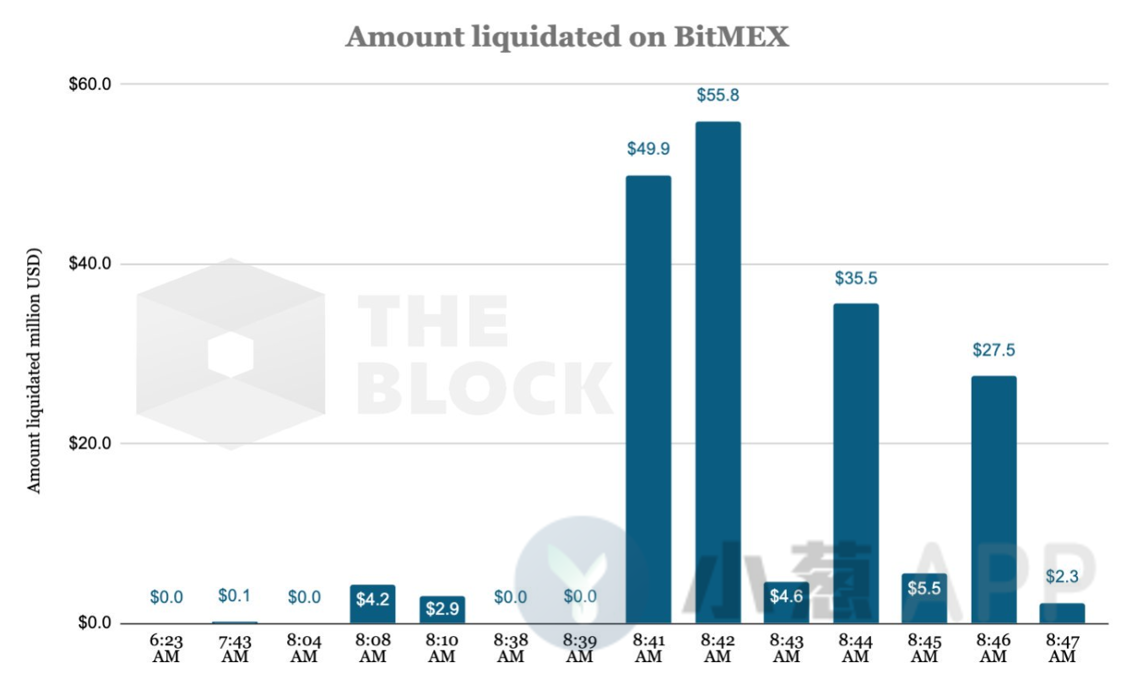 According to Coin statistics, in the one hour after Bitcoin's diving, several major contract exchanges added a total of 270 million USDT short positions, equivalent to RMB 1.9 billion. 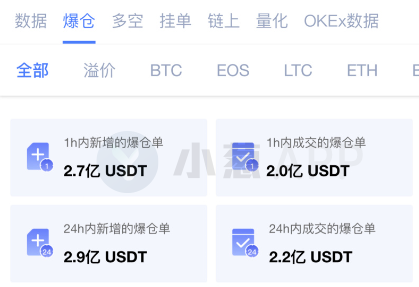 Driven by the bitcoin price dip, the mainstream currencies with the highest market value fell across the board, and in the face of the unilateral market of bitcoin, other currencies in the entire cryptocurrency market still did not show strong "resistance" ability. . Although the linkage between different currencies has always been a focus of the cryptocurrency market, at least until now, this problem has not been effectively resolved. 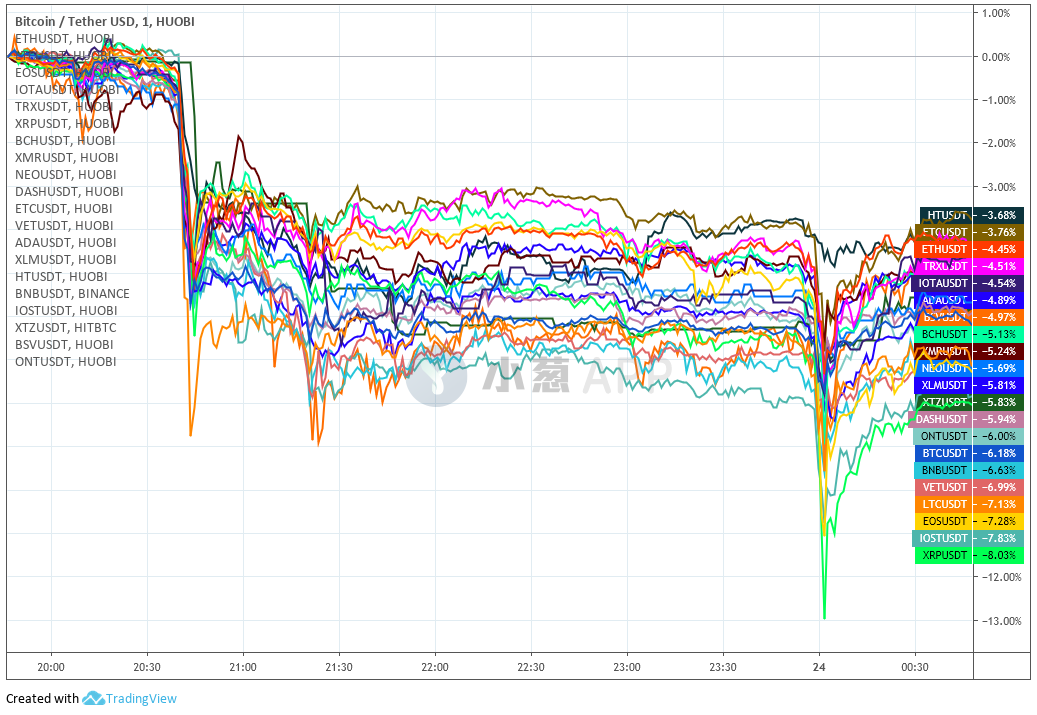 However, it should be noted that during the wave of bitcoin diving last night, the fluctuations of other traditional large-scale assets were not obvious. Although the individual traffic stocks represented by Tesla rose sharply overnight, the three major US stock indexes, The US dollar index, the Japanese yen, and gold all maintained a very stable posture last night. Only crude oil prices have experienced some fluctuations, but the fluctuation logic of oil prices is very intuitive. The news that major oil producers such as Kuwait have lowered their capacity targets for next year has directly contributed to the price, and the rapid rise of crude oil and the bitcoin fall start node. It doesn't coincide, so we can think that the fluctuation of overnight bitcoin is caused by pure “endonuistic factors in the cryptocurrency market”, and there is no effective guiding information in the external environment. 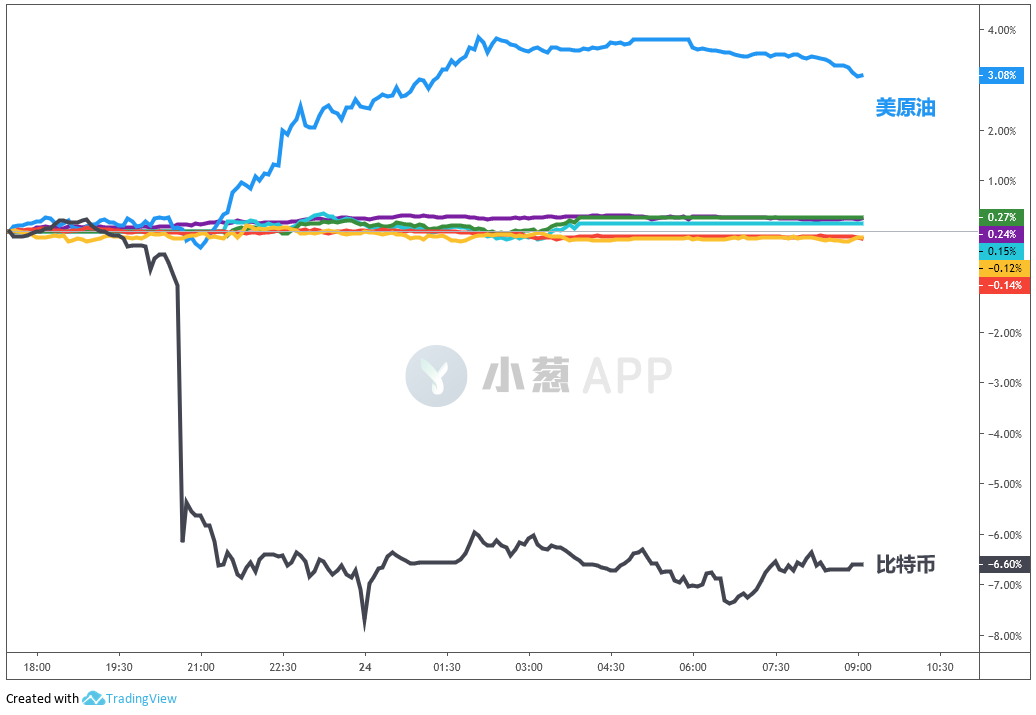 Perhaps for the cryptocurrency market, finding the focus event for a certain period of time has always been a very difficult thing, but last night, the problem became very simple, because the real focus of last night was not controversial, that is Zuckerberg attended the US Congress hearing on Libra. However, considering that Zuckerberg’s testimony has been released in advance, the Q&A session started at around 22:30 last night in Beijing time, which means that the “only” major event last night was two hours of diving in Bitcoin. Only after the official appearance. It can be seen that it is not reasonable to attribute the bitcoin's broken position to the event itself, and considering that the market's broad expectation before the hearing is that the regulatory boycott attitude is not loose, and that Zuckerberg can achieve the difficulty of the Jedi's turnaround. The high, combined with the fact that members of the US Congress had used Bitcoin as the main "weapon" to suppress Libra, so the theoretical anticipation of the speculation should be positive for Bitcoin.

There is also a voice speculation that Google's "quantum hegemony" paper in the top journal "Nature" magazine has hit the bitcoin price. Last month, Google researchers published a quantum hegemony paper on the NASA website of NASA, which was quickly withdrawn. The paper was officially published on October 23 in the world's top journal Nature, entitled " Quantum hegemony is achieved using a programmable superconducting processor." However, it should be noted that the impact of the news on Bitcoin and the entire cryptocurrency market is very limited in the first time after the first burst, and the bitcoin diving is attributed to a message announced a few weeks ago. It is inevitable that it is too far-fetched.

Therefore, we have reason to believe that this wave of declines overnight is not dominated by news. To a greater extent, it is still caused by the concentration of emotionally concentrated stocks and the large number of contract positions that have been forced by the market. The importance of the Scallion column "Simplified Coin City" has been emphasized many times during the past two weeks of the release process, and has repeatedly said that once the 7700 has been broken, the stronger support below needs to see the 7300 line. In the market of multiple head exchanges, overnight Bitcoin has completed the effective completion of this established target.

However, shortly after the fall, Byte Tree CEO James Bennet also gave a more objective interpretation, he believes that the bitcoin price decline is caused by the decline in trading speed. In the past few weeks, bitcoin transactions have slowed significantly as the volume of stable currencies such as USDT has increased. Ultimately, this sluggish demand for bitcoin networks has led to a recent drop in bitcoin prices. At present, the activity of USDT has exceeded BTC, which means that the market depends to a large extent on stable coins.

What do you think of the market outlook?

The cryptocurrency trader DonAlt said that Bitcoin has fallen below the shock box of the past 30 days. If the market cannot quickly recover the 8000 integer in the short term, the market will go further and the existing disk will be available. According to the information, it is absolutely not suitable for direct bidding. 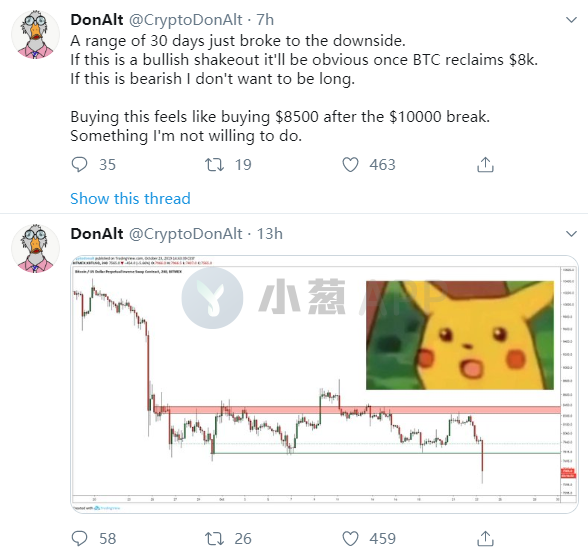 Cryptographer DonAlt tweeted that if the $7,800 bitcoin couldn't convince investors to buy, then investors wouldn't be interested in $7,500 of bitcoin, so as the wave fell out, bitcoin fell. It seems that there is only a problem with time to $7,200 or even lower. Even if there is a certain price rebound in the short term, it should not be regarded as an ideal buying opportunity. Because Bitcoin wants to achieve a medium- and long-term reversal, it must fall to the large investors in the market. The level of willingness to buy is only OK. 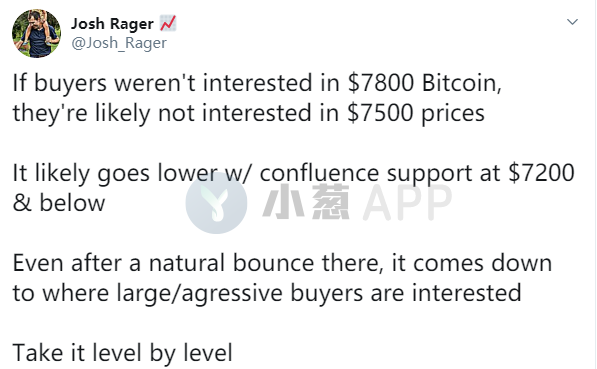 Forexlive analyst Greg Michalowski sent an analysis saying that after breaking the 100- and 200-hour moving average bond support not long ago, Bitcoin fell further below the key support position of the three-wave low overlap at the end of last month. The currency has been completely caught in the control of the empty side. The top 7700 and 8000 have turned into short-term strong resistance. The first support below looks at the 7231 line corresponding to the 0.618 corresponding price increase in the first half of this year. Once the support is further broken, the market is expected to accelerate the 6600 mid-term strong support position. 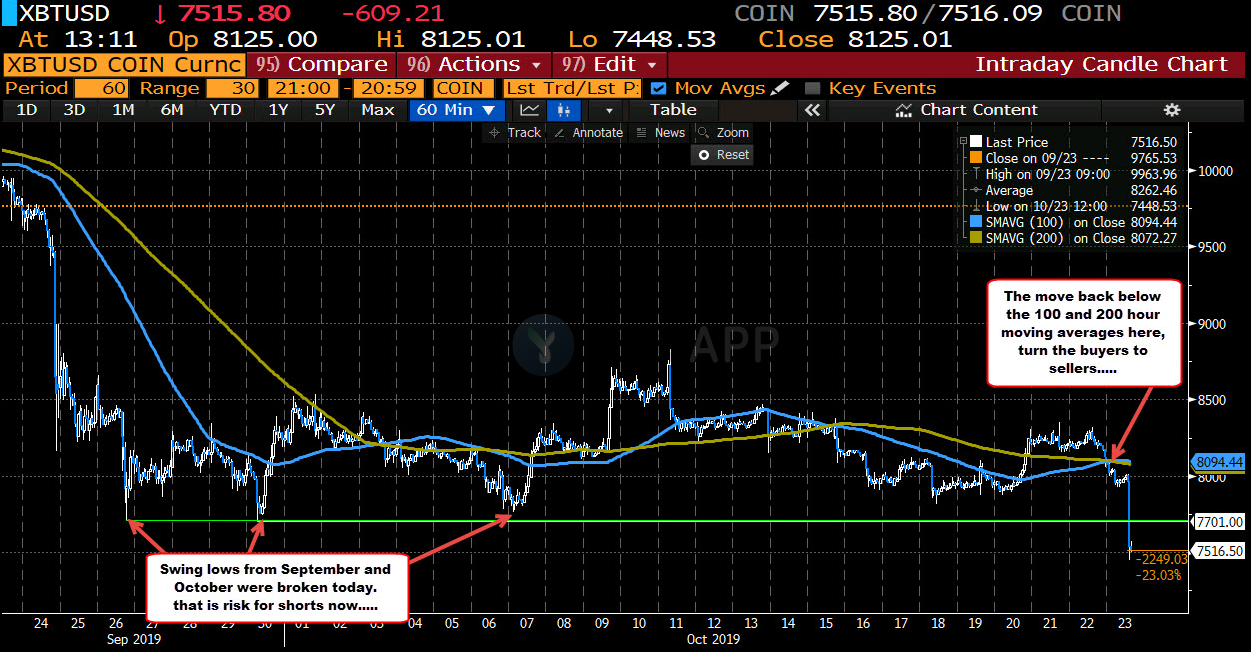 However, after this sudden drop, there has not been a highly consistent continued bearishness in the market. Hashi analyst Eric pointed out that yesterday's BTC dropped to a minimum of $7,733 after a big return, but the current weekly line has already touched Brin's lower track, and is also close to the Fibonacci 0.618 retracement point. The stage is nearing the end, the support strength is stronger under the $7,400, the downside is already small, and the follow-up trend is still biased towards the bulls. 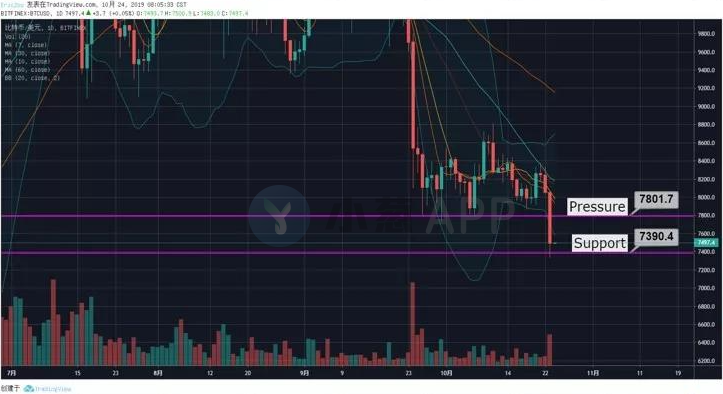 The user with Reddit ID Papa_L0u found a reason for the bullish view of the bitcoin market outside the disk. He said that although the price fell, the hash rate is still creating new highs. This is a bullish signal.

According to the small onion report, BTC.com data shows that at 05:42 Beijing time today, Bitcoin adjusted the mining difficulty to 13.69 T at the block height of 600,768, which continued to rise, up 5.25% from October 10. In addition, the two-week average power of Bitcoin has remained above 90EH/s for three consecutive times, but the average power of the past two weeks is 97.90EH/s, which is much higher than the two-week average of October 10 (93.11 EH/ s). As of now, Bitcoin's total network computing power is 101.65EH/s.

Of course, there are some calm thinking voices on the market. Market analyst Joseph Young pointed out that it is difficult to measure the current stage of bitcoin. We must admit that the current bitcoin has fallen by as much as 46% from its high point in the year, but from another perspective, the price of bitcoin is still more than doubled compared to the low level at the beginning of this year. The only thing we can confirm at the moment is that after the recent waveback, the market discussion on digital currency has indeed declined, and this phenomenon may be worth pondering. 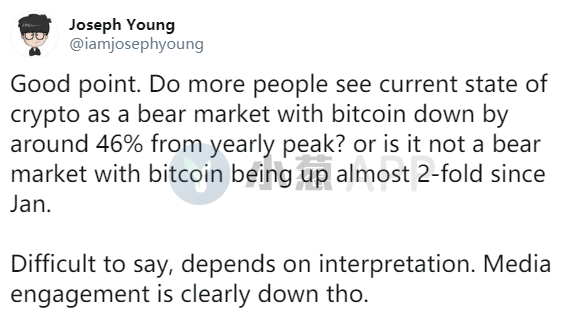 In this tweet reply, users with ID for Bitcoin Baba also pointed out that Bitcoin's Google search fever has also stagnated (market attention does show signs of cold). 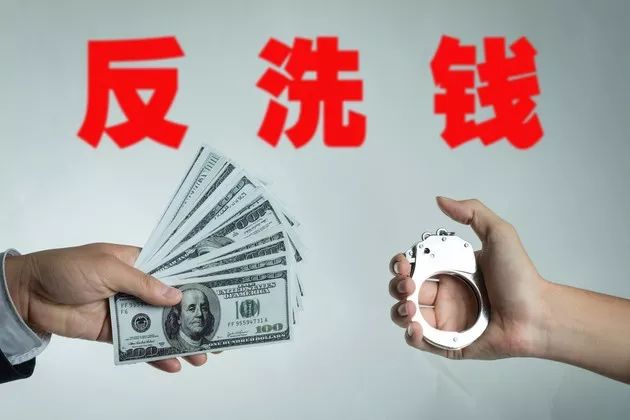 CMC made its debut after being acquired, revealing the secret behind Binance's move, welcome to chat!

Procurator-General of the People's Procuratorate of Xihu District, Hangzhou: The future of the blockchain will definitely provide a boost for judicial certification