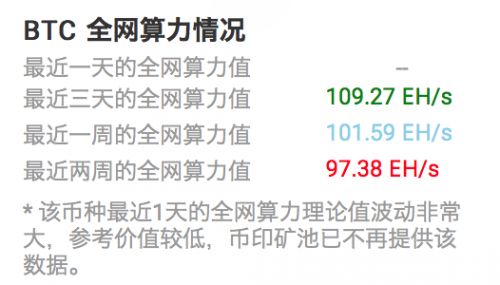 At this time, Bitcoin plunged. According to the data from the Tradingview platform, Bitcoin began to fluctuate and fell at 3 am yesterday, starting at $8,200 in the past two days starting on October 21, following yesterday at 11:20. After falling below 8,000 US dollars, the price of the currency rebounded slightly. It began to fall sharply at 20:25 in the evening yesterday. After a short break below $7,600, it fell below the $7,500 mark. Today's bitcoin price fluctuated mainly within the price range of $7400-7500. During the period, it fell slightly after breaking through $9,400 three times. As of press time, it was temporarily reported at $7445.3. 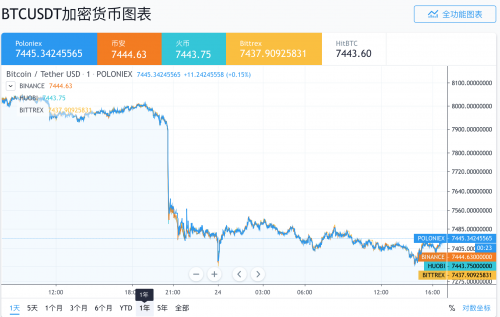 According to the latest shutdown price list, according to the current difficulty, when the comprehensive electricity fee is calculated at 0.35 yuan / kWh, the price is still about 8,000 US dollars. The 18 mainstream BTC mining machines in the table are also gods. The four mining machines, Ma M3, Avalon A741, Wings E9+ and Ant T9+, reached the shutdown price, but the ant S9 electricity rate increased from 78% last Friday to the current 88%, closer to its shutdown currency. price. The number of mining machines with electricity costs accounting for more than 50% has also increased from 12 to 14.

According to the recently released mining machine resale information of second-hand mining, S9 series mining machines including S9 and S9j are being sold in large quantities, but some mining and miners have chosen to make low-priced acquisitions at this time.

At the same time, the flood season is nearing completion, and some mining machines are about to enter the shutdown state. A miner said in a group chat:

"According to the current currency price and difficulty plus the dry season has arrived, all low-powered machines must be shut down. This machine accounts for at least 30% of the total network computing power."

"Now in October, the wet season will be over one month. If there is no drought, it will last until December."

In addition, some miners explained to the financial network and chain financial affairs that the flood season will basically end on the 25th of this month (that is, tomorrow). If it is longer, it will go to the next month. This depends mainly on the geographical location. After all, The start of the flood season in different places is different.

However, as the computing power continues to rise at this time, some insiders have expressed that they are puzzled by the current phenomenon that the price of the currency has fallen sharply, and the difficulty of mining has increased, while the calculation power has not decreased but has increased.

However, at the same time, some people have raised doubts. It is expected that the difficulty of mining bitcoin will increase by 2% before the big drop yesterday, but the difficulty after the big drop actually increases by 6%. If it is all on the shelves and opened the big calculation power machine, it seems that it is not too good. may.

In this regard, some miners responded in the miners' group that there is a lag in the calculation of the power (the switch), and the miners will not immediately lose power due to the temporary fluctuation of the currency price. In addition, although it is not possible to close the mining machine in a large area for a short time, the instantaneous switching of the computing power can be realized. If someone thinks that the BTC is resistant to falling, the mining machine power of the BCH and BSV can be switched to the BTC instantaneously.

Zhao Dong: 100% of the frozen funds can be thawed, just need to wait a few weeks

Data shows that the number of lightning network channels has dropped to 34,421