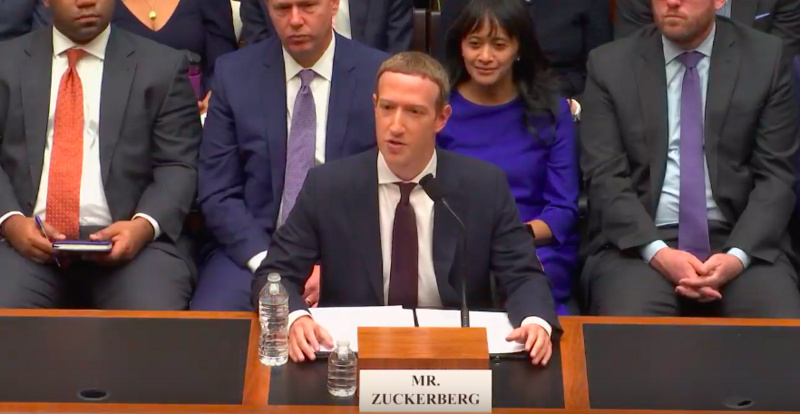 The United States Congress held a hearing yesterday for the issuance of digital currency for Facebook, which lasted for six hours from 10 am local time.

But it seems that the lawmakers did not understand what Facebook wants to do. The only thing that is clear is:

why? Let's first look at how Facebook's digital currency is going back. The following picture can basically explain.

Circled with the red line is the Alipay of Alibaba's Ant Financial Service. If Zuckerberg explains Alipay to Congress, it should be an easy task. If Facebook wants to make similar payments, it can be approved.

The currency that Facebook wants to send is actually Libra coin, which is also claimed to be supported by Libra reserves. What is the difference between this and Alipay? Alipay was also born with RMB reserves, and it is not known whether it is 1:1.

One difference is that Libra reserves are made up of a basket of currencies of US dollars, Euros, British pounds, Japanese yen and Singapore dollars (50:18:14:11:7), and the US dollar is actually not necessary, as will be said later.

One of the biggest controversies here is one of the key points, that is, the technology adopted by the two is different.

1, Alipay is Alibaba using a traditional database to account for people's payments, is an opaque private account; and Libra uses Libra blockchain accounting, is a multi-node accounting for verification Database.

In other words, Libra is a licensed open system.

2, Libra coin is not controlled by Calibra, his transfer is done in the Libra blockchain, and Libra coin can also be programmed – smart contract function – that is, the control of this currency is subject to intelligence contract.

Patrick McHenry, vice chairman of the House Financial Services Committee, believes that China has successfully made convenient digital payment software such as Alipay and WeChat payment. He asked Zuckerberg why he didn't make a Facebook version of Alipay to solve Libra's problem.

Zuckerberg explained that he saw other competitors around the world creating his own payment platform. Facebook did not do this because Facebook believes that the US financial infrastructure is out of date . Libra is a project that tries to help rethink the foundations of the modern financial system, rather than building on outdated systems.

Can we rely on Alipay?

Second, Alipay can take on the responsibility?

I have always defined Alipay as a version 2.0 digital currency, which is the digitization of a single renminbi. The cryptocurrency of interest in blockchain technology is now version 3.0 – including Libra.

The U.S. Congress is concerned that Facebook is a large-scale technology company. It has been inconspicuous on privacy issues, and it is also unacceptable for the old congressmen to engage in "currency."

Then let Alibaba engage in the number of RMB, can we accept it?

On February 1, 2018, Alibaba and Ant Financial jointly announced that according to the strategic agreement signed by the two parties in 2014 and approved by the Alibaba Board of Directors, Alibaba will acquire a 33% stake in Ant Financial through a Chinese subsidiary. .

Changed to Tencent? Some people say that it is the Industrial and Commercial Bank of China, the rumor is completely YY.

On September 11, 2019, Tencent's largest shareholder, Prosus, was listed in the Netherlands. As a holding subsidiary of Naspers, Prosus holds Naspers' international Internet assets and was spun off by Naspers this year.

At present, 31% of Tencent's equity held by Naspers has been taken over by Prosus.

There are obstacles in the ownership structure of the two companies. If it is a small matter, one thing is that the RMB itself is also in the “return” stage.

In fact, the most critical, as Zuckerberg said, the US financial system is out of date !

Let's take a look at the yuan.

Third, the renminbi, the dollar

Most people don't care, what is money, the knowledge of the currency in our textbooks is also to learn Western capitalism, and not to think about what the essence of money is.

The good thing about capitalism is that you can use a table to see the truth:

From the Fed, the institution that issued the base currency, his balance sheet, it can be seen (before 2008) that 90% of the assets of the US dollar are US Treasury bonds, and the rest are some gold.

And what about our renminbi?

From the central bank's balance sheet, the assets of the renminbi, before 2015, more than 70% are – foreign exchange (US dollar).

1, holding the US dollar is equivalent to the US creditor, the US debtor's credit is good, not bad, the military strength is strong (I buy your home rice, you do not receive the dollar, I hit you!), holding the dollar is safe.

Just like we are in the country, you buy rice, the seller said that I don’t accept the renminbi, that is illegal, it has to be closed, of course, the best way is to allow only one currency to circulate in one country, then the seller has no choice. Hahaha, this trick is good!

2. After 2008, there is one more asset behind the US dollar – MBS (mortgage-backed securities); and our RMB is also one more category, which is SLF, MLS, and PSL.

Those who know how to do it can see that the dollar is playing with fire, will the yuan be stupid?

This can only be done.

China is a big trading country, but the internationalization of the renminbi has encountered considerable difficulties:

We sell things, receive dollars or renminbi, the seller said no count!

What is the renminbi to internationalize? Can't learn from the United States, forcing people to sell rice only to receive dollars? In fact, there is only one way: buy and buy power .

Of course, the premise is that the assets behind the renminbi cannot be dominated by the US dollar. Otherwise, this will still work for the United States.

The return of the renminbi to the people is the answer.

How does the RMB return to the renminbi and let the people of the world trust?

Zuckerberg saw it very clearly, he said in the hearing:

After the release of the Libra white paper, China also immediately experimented with the digital version of the renminbi, and plans to launch it as part of the “Belt and Road” initiative, which will be launched in the next few months. If the United States does not innovate, its financial leadership will not be guaranteed .

China's huge productivity and consumption power (which needs to be restored, but the thin camel is bigger than Ma), coupled with China's experience in digital currency 2.0, will certainly make the world's renminbi.

The RMB is not “In God We Trust” but “We People We Trust”.

Professor of Qingdao University: The emergence of technological innovations such as blockchain has enabled humans to fully improve their ability to process data.