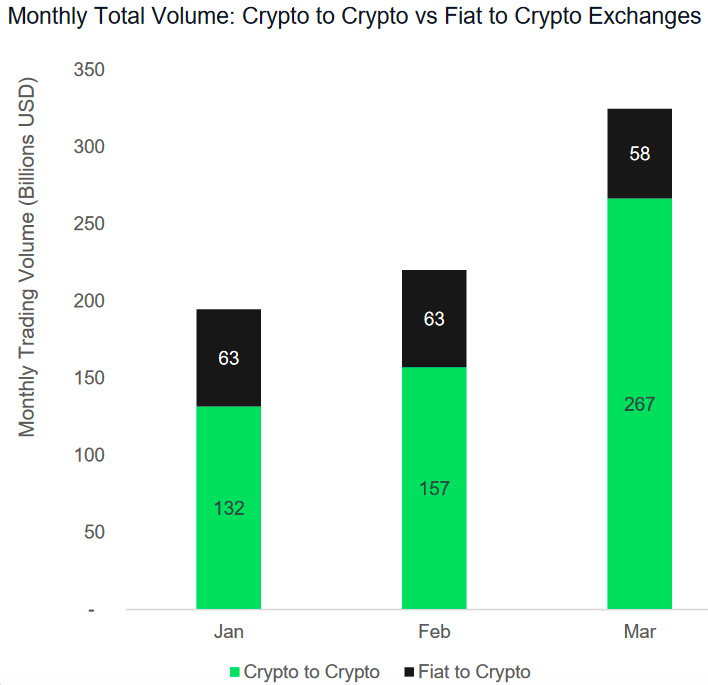 Generally speaking, there are not many types of cryptocurrencies that can be traded directly in French currency. Most exchanges support over-the-counter transactions of USDT, BTC, ETH and currency exchange.

As previously reported by Cryptonews.com, industry experts say the trend of rising currency trading volumes suggests that investors are slowly turning their attention to small currencies. In addition, for investors, the entry threshold for currency transactions is lower, and many users are more inclined to participate in currency transactions by trading a stable currency like USDT, that is, first convert the legal currency into USDT through over-the-counter trading. Then pass the USDT with various digital currencies.

CrytoCompare's data shows that after the recent growth, the volume of currency transactions accounted for 82% of the total spot transactions in March, up from 71% in February.

As a result, the top 15 currency trading digital asset exchanges on CoinMarketCap experienced a surge in monthly trading volume in March, with an average increase of 66%. 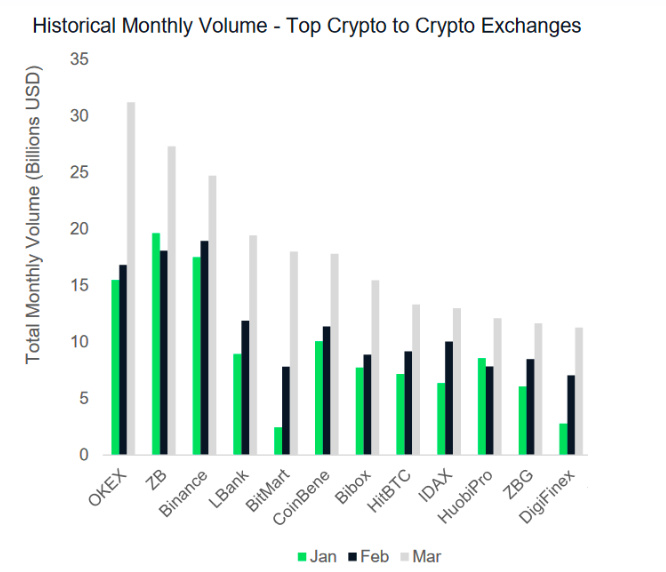 In addition, according to the report, compared with recent months, in March of this year, the overall traffic of the website of the digital asset exchange increased by 32%. Industry insiders commented that the cryptocurrency industry has begun to pick up, the trading volume of small currencies is on the rise, and the cryptocurrency market is beginning to recover. Perhaps there will be a wave of bull markets in the future.

US Presidential Dollar, a scam against the banner of the campaign?

After excavating a large block of 210 MB, the BSV suddenly appeared in the "three-chain separation" situation.