The "difficult problem of lattice" is a typical representative, and even for quantum computing, it maintains computational impossibility. Based on the "ignorance" of human beings, we can always find ways to live under the protection of cryptography.

How is this achieved? Let's start with the billiard hall.

This is a simple public and private key generation algorithm, C (location) is the public key, and B (number of times) is the private key. In the case where we know that point A and B bounce, we can get point C; but if we only know point A and point C, it is difficult to calculate the number of bounces B.

This is the famous elliptic curve algorithm , used to generate public and private keys, and is the first cryptographic method in the bitcoin system.

The elliptic curve algorithm is difficult to crack (based on "discrete logarithm difficult problem") , but it can't be cracked. The powerful quantum calculation can find the polynomial algorithm, and calculate B through A and C, that is, the private key can be calculated by public key. . Therefore, if you really enter the era of quantum computing, the elliptic curve algorithm needs to be replaced by a new anti-quantum computing algorithm.

In the case of quantum computing, using the Shor algorithm proposed by Peter Shor, the complexity of attacking an elliptic curve is probably O(log(N)^3). For bitcoin, the theoretical computational magnitude is 128^3. Times.

Related papers show that constructing a quantum computer that attacks the secp256-k1 curve, assuming that the computer can reduce the bit error rate to 10^-4, then hopefully within 1.7 days with 1.7 million qubits Complete the calculation.

In the Bitcoin system, there is another cryptographic method, the hash function SHA-256 , which is used to generate the wallet address corresponding to the public key. The algorithm is well understood by converting an input into an output in an irreversible manner. It has a very strong unidirectionality and it is impossible to calculate the input through the output.

Therefore, the hash function can only be cracked by violent means, that is, transforming the input value and trying again and again, until the target output value can be calculated with an input value.

Compared to classic computers, quantum computers have considerable advantages in brute force search, but they are still a polynomial level of performance optimization. We can maintain security by doubling the number of security bits, such as SHA-512.

The bitcoin wallet address is obtained by two hash calculations of the public key, one is SHA-256 , and the other is RIPEMD-160 (another hash function) . It is difficult for quantum computing to break through two hash passes through the wallet address. "Bumped" the public key. Quantum Computation and SHA-256 The current acceleration of SHA-256 in quantum algorithms is the Grover algorithm proposed by Lov Grover in 1996, which can improve the performance of brute force search to square times. Suppose we want to find a pin in a huge N × N square. Classic computers need to search each square one by one. In the worst case, we need to search N×N times; but the Grover algorithm is even in the worst case. Also only need to search N times. To sum up: There are two basic cryptographic algorithms in Bitcoin, one is the elliptic curve algorithm, and the other is the hash function SHA-256. At present, the efficient quantum computing method of the former can be found and cracked; but the latter's efficient quantum computing method is not found. Of course, the premise of cracking is that quantum computing is really strong enough to know that Google's latest quantum chip has only 54 qubits.

Is our bitcoin safe?

There are roughly the following situations:

3. If the user reuses a wallet address, the public key corresponding to the address is exposed; if the quantum calculation breaks the elliptic curve algorithm, the bitcoin in the address is in danger of being stolen.

According to statistics, nearly 5 million bitcoins are stored in the address exposed by the public key, and there are nearly 1.77 million bitcoins using P2PK addresses. This is the earliest bitcoin account format. The key is public, including the account that is considered to be Nakamoto. If these bitcoins do not change addresses, they are within the scope of quantum computing attacks. (Source: Ambi Lab)

In addition to the wallet address, there is another important place in the Bitcoin system that uses SHA-256, which is mining. Mining is the process of violently cracking the hash function. By adjusting the input value, it collides with the output value of the target interval.

As mentioned above, in theory, quantum computer chips can "crush" classic computer chips in violent search, but we also need to consider its technological development level and chip manufacturing process. In addition, the chip is constantly upgrading with the development of technology. The impact of quantum computing on mining is more of an economic issue of chip upgrade than security.

At the same time as the development of quantum computing, quantum security cryptography is also developing rapidly. The most representative one is the " lattice code ", which is a lattice-based cryptography .

"Grid" is a vector space with a coefficient of integer. It can be understood as a high-dimensional space. It has two basic "difficult problems", one is the shortest vector problem, and the other is the nearest vector problem. The complexity of exponential time is needed. If the factor is polynomial, there is no polynomial time algorithm for this kind of problem, and it is also a computational impossibility for quantum computing.

This sounds a bit abstract, maybe you can understand it by: draw a lot of black dots on a piece of A4 paper with a pen, then change the pen to draw a red dot on the paper. What we need to do is find the distance red dot. The nearest black dot, this is easy; now from the 2D space of A4 paper to a 3D space, imagine a lot of black dots floating in the space, then put a red dot into it, also find the nearest red dot The black point, this is not very difficult, but compared to the two-dimensional space, its difficulty is no longer at a level.

The lattice password develops very fast. Based on the grid, we not only have public and private keys against quantum computing, but also a series of cryptographic algorithms or protocols that are resistant to quantum computing and correspond to the concept of classical cryptography. They can be used for digital signatures and secrets. Key exchange, zero-knowledge proof, and other application areas.

The universe believes in encryption. Encryption is easy and decryption is difficult. "

In the foreseeable future, this is still the case. So don't worry, it's the same for Bitcoin, and for blockchains. Reference material 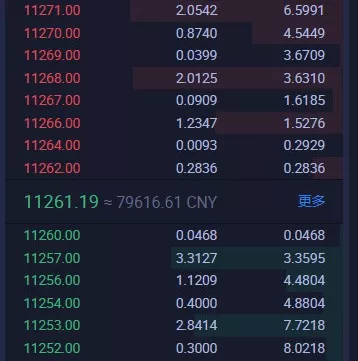 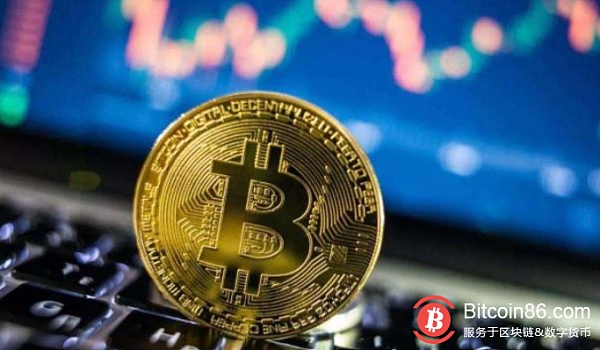 Why is the bitcoin trading volume of Korean first-tier exchanges difficult to recover?