A high-level Chinese speech has set off a blockchain trend across the country.
In fact, China’s high-level blueprints and plans for blockchains have taken shape five years ago. For the blockchain, China has ambition and patience. At the beginning of the test, low-key groping, step by step; at the time of landing, the pace is firm and there is sound.

In the future blockchain world, there will be a lot of color in China.

01 advanced exploration
In 2014, the central bank built a mysterious research team in a low-key manner. The team was hung under the Central Bank Printing Science and Technology Research Institute. When it was founded, it was not listed and there was no publicity.

At the time, no one knew that this team would become one of the biggest driving forces of China's blockchain technology in the future.

The Chinese official's exploration of the blockchain may be from this time, quietly opening the door.

And more official voices came out on August 6th a year later. Many Chinese Bitcoin investors are deeply impressed by this day.

On this day, the People’s Daily published a signed article entitled “Bitcoin is difficult to enter the mainstream”. 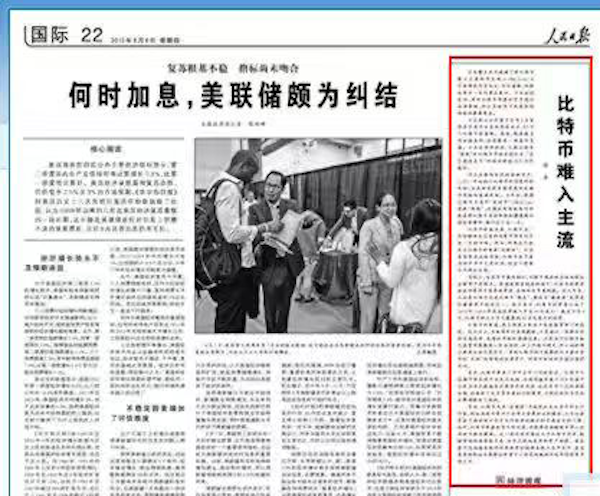 It is just a small tofu block in the sidebar, but it caused an uproar in the bitcoin circle.

"Bitcoin lacks supervision and is often involved in illegal activities, and the currency is unstable, so it is always difficult to get into the mainstream trading currency." The article first questioned Bitcoin.

However, the article then turned around:

"The emergence of virtual currency such as Bitcoin has also increased the possibility of deep application of blockchain technology. The value of this technology is far greater than Bitcoin itself."

What is the blockchain? Four years ago, the term was not known to the public.

“Even the earliest bitcoin advocates, few people know what the blockchain is,” said an early Bitcoin investor.

The blockchain has already been noticed by Chinese tops and scholars before it enters the mainstream.

Yang Tao, the author of this review article of the People’s Daily, was then assistant to the director of the Institute of Finance of the Chinese Academy of Social Sciences.

The mysterious team that the central bank set up low-key has also begun to take the stage from the stage.

At the meeting, a sexy concept was mentioned: the legal digital currency.

“The central bank: strive for the early launch of digital currency”, Xinhua News Agency reported the seminar in the title. Since then, the entire industry has begun to know that the country's digital currency is already on the road.

This, officially launched the first shot of the Chinese blockchain.

Since then, the regulatory authorities have continued to release positive benefits.

In October of this year, the Ministry of Industry and Information Technology released the White Paper on China's Blockchain Technology and Application Development (2016). As a new technology, the blockchain began to gain recognition.

Two months later, the blockchain was written into the "13th Five-Year National Informationization Plan", which was included in the "strategic frontier technology" together with artificial intelligence and quantum communication.

After the policy, local governments began to promote technology.

Among them, the leader is not a first-tier city such as Beishang Guangshen, but a Guiyang, Guizhou, located in the southwest.

In December 2016, the Guiyang Municipal People's Government Press Office published a white paper on the development and application of the blockchain in Guiyang District.

This white paper was written by Chen Gang, the then secretary of the Guiyang Municipal Party Committee.

The white paper has a total of 86 pages, and industry practitioners call it "the word jade, it is worth trying to figure out."

In the white paper, a new vocabulary emerged, called the “sovereign blockchain”.

The white paper has repeatedly stressed that the development of blockchain technology must be placed under the scope of national sovereignty, under the law and supervision.

The white paper has preliminary plans for the use of blockchains in various scenarios. 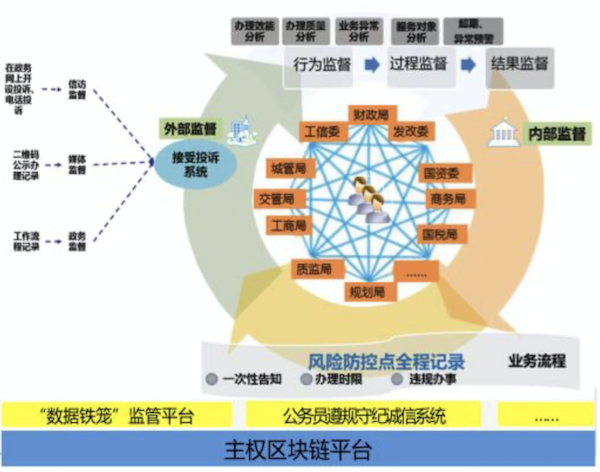 "This white paper is standing in the future and is the 'declaration book' of Guiyang's development blockchain. It is also a 'heroic post' issued to the whole society." Chen Gang described the significance of this white paper.

For this reason, this white paper has also been referred to by industry practitioners as the country's “first blueprint” for blockchain technology.

The blueprint has already become, and China’s blockchain ambitions begin to show up.

02 continues to land
On April 1, 2017, the country drew a circle in the hinterland of Beijing, Tianjin and Hebei, and the Xiong'an New District was born. The author of the white paper, Chen Gang, was hand-picked by the state and was transferred to Hebei in May of that year. He became the director of the Xiong'an New District Management Committee and became the "brain" behind the "millennial plan".

Xiong An began to become the main battlefield and special zone of the Chinese blockchain.

It is from this moment that China began to show the world its ambitions in the field of blockchain.

“The whole Xiong’an is a digital and technology-driven city.” Gao Ping, a senior financial technology company based in Xi’an, revealed that digital nodes and blockchain technology will be embedded in Xi’an’s street and public facilities planning. .

“Once the construction is completed, the entire Xiong’an is a real smart city.” He Ping said.

In the construction process of Xiong'an, blockchain technology has been on the job.

For example, many engineering projects have been embedded in blockchain technology. After signing cooperation, the bank will automatically pay for each stage of the project.

“Xiong is now undoubtedly the gathering place of the top blockchain companies.” He Ping said that their blockchain R&D team has all moved to Xiong’an.

Xiong'an has gathered a large number of blockchain technology elites, Tencent, Ant Financial, 360 and other enterprises, all have core blockchain teams.

In addition to the top teams in the country, Xiong'an is also compatible with foreign teams.

For example, the US blockchain company ConsenSys has also begun to work with Xiong'an to build a rental platform.

At this point, the mysterious research team of the central bank also began to formally debut.

On July 3, 2017, the organization was announced on the 9th floor of Block C of Beijing Desheng International Center.

The name on the brand is the Digital Money Institute of the People's Bank of China.

As of today, the Institute has publicly obtained as many as 74 patents.

Through these patents, we can see the direction of the central bank's digital currency.

These patents basically cover all the functions of digital currency, such as redemption, wallet, storage, payment, settlement, and so on.

It is particularly worth mentioning that it also involves the interaction of banks with digital currencies.

China’s digital currency, the “guar” of technology, is basically mature, just waiting for it.

03 future can be expected
Unexpectedly, it is the United States that ultimately promotes China’s digital currency. On June 18, 2019, Facebook released the Libra white paper, a digital currency program led by international giants.

Facebook's users are as high as 2.4 billion, and what Libra's release means is self-evident.

China may not be able to wait any longer.

"Since last year, the relevant personnel of the Digital Money Institute has been 996," he said.

In the past, the issuance and withdrawal of cash was done between the central bank and commercial banks.

"If we acquiesce in the exchange of RMB to Libra, it may lead to the depreciation of the renminbi." Mu Changchun said, "But we also need to prepare Libra to become an important player in the international monetary system."

In the future international arena, the central bank's digital currency may have a battle with Libra.

Over time, in addition to Xiong'an, another region has begun to be opened up, and is expected to become China's second digital currency zone. It is: Shenzhen.

In August this year, the regulator said that it "supports innovative applications such as digital currency research and mobile payment in Shenzhen."

There are speculations in the industry that Shenzhen may become the first place where the central bank's digital currency will land.

Throughout the country, favorable policies for blockchains around the country are also emerging.

In addition, as of December 2018, nine provincial (municipal) governments have launched blockchain industry funds with a total scale of nearly 40 billion yuan.

On a major recruitment website, Hangzhou posted a total of 233 jobs related to the blockchain; Guangzhou has released 259; while Shenzhen, Shanghai and Beijing, respectively, 548, 523 and 646.

Which city will become the core city of the blockchain? In addition to Xiong'an, the next center is very likely to be Shenzhen.

“Undoubtedly, Beijing, Shanghai and Shenzhen are the most concentrated cities in blockchain technology and teams, but Shenzhen may become the forerunner of the central bank’s digital currency and have policy advantages. It may have the greatest potential for future development.” He Ping said .

In today's hot search topic, "What is the blockchain" has become the most concerned one.

The enthusiasm of the whole people is ignited by this sexy vocabulary. Compared with the heat of the Internet and artificial intelligence, this time, it is even worse.

A week ago, Libra began to suffer pressure and block from US regulators. Trump said on Twitter: "Facebook's Libra has almost no reliability. In the US, there is only one dollar in the currency."

In this key pass, the two countries chose a completely different direction. And therefore, they may have a different future.

Perhaps, in the future blockchain world, China will become an undisputed protagonist.

The future can be expected, who is who I am.