On October 25th, the Political Bureau of the CPC Central Committee organized the study, and the blockchain's popularity reached an unprecedented height, and the entire investment circle was boiling.

The word blockchain suddenly showed a tens of times increase in search volume on Baidu and WeChat. Over the weekend, the amount of reading I published on a platform reached 10W+ as never before. The mobile phone background pushes all kinds of messages in the blockchain. TV and radio are talking about the blockchain. The world seems to be surrounded by "blockchains." All of this represents the wind.

It is said that a group of fraudulent chip industry subsidies have been working overtime to modify the project information, and the chip word has been replaced by the blockchain to continue the roadshow.

Along with the blockchain concept, the investors in the currency circle began to culminate. It is unanimously believed that the spring of the currency market has also come, and Bitcoin has also risen more than 36% in 24 hours, breaking through the 10,000 mark.

At the time of the national carnival, there are some different voices that seem uncoordinated, but they will allow us to think more calmly.

Blockchain is not a bubble, and bitcoin is likely to be a bubble.

Second, the state supports technology, does it really have an impact on the currency market?

1. In the short term: In the short term, the news side plays a very important leading role, and the impact has already occurred. Whether it is the digital currency section of the stock market or bitcoin, it is really pulling. In recent days, the concept of A-share digital currency and blockchain has reached a daily limit, and listed companies are eager to express their relationship with the blockchain. BTC has soared nearly $3,000. The currency circle and the stock market were the first to jointly speculate on the blockchain. 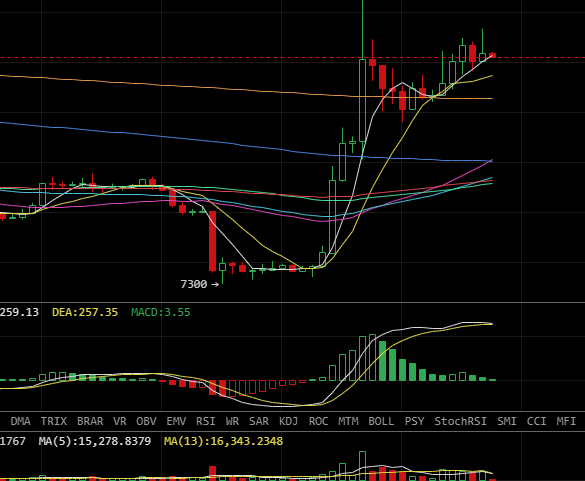 However, since it is short-term, you have to use short-term thinking. Because the good news comes suddenly, seeing more emotions skyrocketing, but also pay attention to the risk after the exhaustion, after the mood returns to normal, beware that the market will fall back.

2. In the long run: Policy support is a positive name for the industry, and it is the biggest improvement to the fundamentals of the industry. The reason why a new technology can be popularized is that technology development is one aspect, and public awareness is also an important aspect.

(1) The public's perception of technology is obtained through the application after landing. For example, if you buy a new mobile phone, you don't need to read the manual. If you try to operate for a few days, you will know all the mobile phones. Black technology. On the other hand, publicity and education, after the speech was published on October 25th, the “Learning Power” platform developed by the Central Propaganda Department was followed by the “Introduction to Blockchain Technology” video course, which set off a block of learning for all. The craze.

So, what will happen if everyone strengthens the learning blockchain and raises awareness? Zhao Dong’s statement, I agree. For many people, blockchain = bitcoin. This is a testament to the car. In 1995, if you said that the Internet = 瀛 Haiwei , no one would object.

(2) From the perspective of technological development, most of the projects have been developed for a year or two, and they are all in the stage of crossing the river by feeling the stones. Some applications of the project are only in the imagination of the founders; some projects do not need blockchain technology at all; there are even a lot of funding projects under the banner of the blockchain.

For the judgment of the blockchain project, the criteria for judgment two years ago are still practical.

What are the industry pain points to be solved by the project?

Is it necessary to use blockchain technology to solve?

Must the token be issued in this project?

What is the role of the token?

In the past, many blockchain projects that returned to zero or ran away, in addition to the label attached to the blockchain, issued so-called tokens, technically and blockchain half-dollar relationship.

The reason why people are easily deceived, and because there is currently a lack of visible large-scale blockchain applications, our perception of blockchain is still superficial.

Therefore, the application of the expert blockchain chain only stays on the speculative coin. They feel that if the blockchain is equated with digital currency, it is equivalent to equating technology with price speculation or bubbles. I think that because of a few flaws, I neglected all the projects.

In a market that tends to be a virtuous circle, good money will drive out bad money, and good projects will kill poor projects.

In the first half of this year, the state's support for 5G development was clear, and the 5G concept stocks rose. Even if the stock index is less than 3,000, from the individual point of view, there may not be no bubble, but the rise of the sector is also true.

Like the stock market, policy and fundamentals are also important support for the currency. The policy is favorable, on behalf of the industry environment, the project will obtain better resources, including financial resources and human resources. The greater the probability that the project will succeed, the higher the intrinsic value and the higher the price of the currency.

In the investment market, the policy has a long-term impact on the industry, and the news often responds directly to the currency price, especially in the currency market. Both the former and the latter will bring about the flow of capital, which is the bottom logic of price changes.

Comment: What will happen to the judiciary when it meets with the blockchain?

Professor of Beijing University of Posts and Telecommunications: The true success of blockchain technology lies in the success of business model innovation