Domestic public chain is hot, which is strong?

Further in-depth, what are the differences between these domestic public chains, such as technical characteristics and business layout.

The so-called public chain refers to the blockchain that can be read, sent, and participated in the consensus process by anyone in the world without permission. In other words, it is a blockchain where everyone can be the master of the house.

For regulators, the public chain will have problems that are difficult to supervise, which is also the most troublesome place.

Ok, since we talked about the fact that the public chain belongs to the world, what is the definition of the domestic public chain?

Then, we can further relax the definition of the domestic public chain: the public chain led by the Chinese, the R&D and operation headquarters is also established in China.

The public chains with outstanding performance in the near future belong to this kind of public chain.

The technical architecture and business layout of these public chains are very different, and then, let's take a look at some of the leading domestic public chains on the market.

NEO, formerly known as Little Ant, is one of the earliest public chains in China. The current Sologan project: “Open Network for the Smart Economy”.

The NEO main network is currently in the 2.0 state, and in the near future, NEO will also upgrade to Neo3, mainly removing the UTXO (unused transaction output) model and moving to the contract-based account model, while improving the stability of the consensus algorithm. And improve the performance of the base layer.

In addition, Neo3 will focus on the layout of cross-chain technology to connect with the various public chains that are already on the market.

The Ontology (ontology) public chain was initiated by Onchain Distributed Technology Co., Ltd., and its founding team has a great overlap with NEO. It is slightly different from NEO. Ontology's Sologan is “TRUST Redefined: Redefining Trust”.

The main technical innovations of the ontology are:

Like NEO, the ontology also focuses on cross-chain interactions. Currently, the two same-door public link projects have been working together to create a cross-chain protocol.

Different from NEO's wide-spread layout, the dApp type on the ontology is relatively more specific (mainly game applications). As of now, there are 40 dApps on the ontology.

The Quantum Chain (Qtum) is a blockchain project based on the Bitcoin UTXO model, the equity proof mechanism (pos), and the EVM smart contract. Therefore, the quantum chain (Qtum) combines the technical characteristics of Bitcoin and Ethereum. Qtum will actively follow up on the cutting-edge technologies (such as Lightning Network) proposed by Bitcoin developers and Ethereum developers. In addition, its founders also pay special attention to privacy technology.

In addition to the public chain, the quantum chain project side also has research in the alliance chain technology program QtumX.

The only chain project was launched in June 2015. Since its establishment, the company has focused on the development of blockchain and IoT technology. It has now cooperated with large organizations such as BMW and DNV.

The only chain of Raytheon blockchain is based on some of Ethereum's basic modules (such as account model, EVM and other technologies), and has been tailored to the actual needs of individual users. In addition, the only chain is the authoritative certificate (PoA). The consensus mechanism has a total of 101 super nodes.

(The only chain of Raytheon blockchain platform architecture)

One main multi-side Bytom (than the original chain)

The most recent performance is the most eye-catching than the original chain (bytom), using the artificial intelligence-friendly POW consensus algorithm Tensority, in addition, bytom also uses the extended UTXO model.

In addition to the bytom main chain, the main sidechain model of bystack is also used. The main chain mainly plays the role of value anchoring, value transmission and trusted deposit. The side chain of Bystack is based on the BFT-improved BBFT algorithm, which mainly serves the vertical domain and meets the requirements of TPS with high data volume (such as traditional business scenarios such as government and banking).

Based on this model, the "chain block trilemma" has been subtly broken through the original chain.

(than the original overall technical architecture)

Not only that, but the original chain is also launched in September this year, the innovative cross-chain Layer 2 value exchange agreement MOV, which relies on the Bystack main sidechain architecture, making "transaction is a transfer, matching smart contract" is possible, which is The most promising application type of the public chain, DeFi (Distributed Finance), has a promoting effect. After the World Blockchain Conference (Wuzhen), cross-chain testing will be officially opened.

Layer 2 solutions, such as sidechains, Plasma chains, and stateful channels, are used for applications that have high performance and TPS requirements. The Nervos core team has developed its own Axon sidechain solution, which provides a High-performance smart contract execution environment. By default, Axon provides BFT/dBFT/POA consensus modules, Ethereum VM/RISC-V VM modules, and other alternative kernel modules.

Due to space limitations, this article will not introduce more domestic public chains. Through the above content, we can find that the major domestic public chains have formed a differentiation, not only in the technical architecture (such as the consensus algorithm adopted). Types) are quite different, and their business layouts are also very different. So who is in the direction of what is more promising? What do you think? 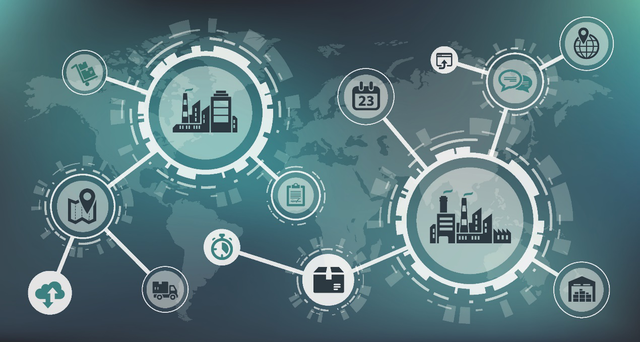 Today’s panic and greed index is 27, and the level of panic has increased dramatically.