Just before last Thursday, many people still don't understand the blockchain, but the impression is that the "blockchain" is not the object that has been listed as a key hit in the past two years? How suddenly became a representative of " an important breakthrough in core technology independent innovation " and "a new round of information technology" ?

Such a high-profile evaluation, followed by a night of blushing, crazy reports from various local media, is simply incredible!

"It's too fast? Recently, the industry is in a slump. I almost have no confidence to go down again." Even some blockchain industry insiders have some surprises. " I thought it was early, the blockchain technology wave may be I have to wait a few more years. "

For some complicated reasons, the concept of blockchain has been controversial since it was mentioned, and the suspicion is constant, it can be said that the scene is chaotic. Now, most people, including many eco-participants in the circle, may really need to re-recognize the blockchain…

01 Quietly it came, did not say "greeting" to you?

In 2008, the Bitcoin white paper was released, and the blockchain was the underlying technology of Bitcoin, but no one mentioned the concept of blockchain at the time. Later, due to the superiority of blockchain technology, Bitcoin achieved very rapid development.

In 2013, the release of the Ethereum white paper marked the official exploration and use of the blockchain concept, and also opened the blockchain to change the world. Ethereum is therefore called the representative of Blockchain 2.0.

In the same year, the world's technology giant Microsoft's Azure cloud computing platform (a key part of Microsoft's strategy to re-enter the world from the weak) officially launched Blockchain as a Service (BaaS) , introducing the blockchain into Azure, marking the blockchain The mainstream recognizes and starts to apply. In the following years, Microsoft accelerated its layout in the blockchain field and never stopped. 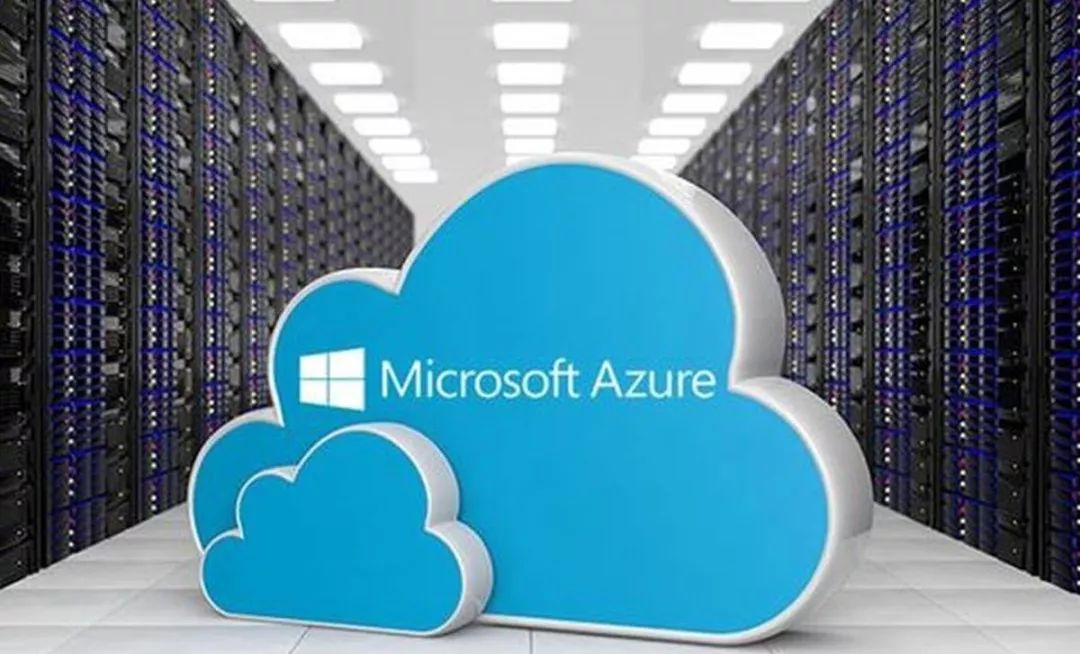 In the same year, social giant Tencent established a blockchain team and began to explore the application of blockchain in various scenarios. It has gradually landed various products and services that are assisted by blockchain technology and added to its own ecology.

In the same year, e-commerce giant Alibaba also began the layout of the blockchain direction. In the following years, Alibaba Group's products of several hundreds of millions of users began to go online based on blockchain services, and Alibaba once became the world's largest number of companies with blockchain patents.

Since 2017, the first- and second-tier cities across the country have started the blockchain layout, including some support policies for funds and talents.

On October 24, 2019, the blockchain became popular overnight because of well-known reasons…

At the moment, it is estimated that few people know how Bitcoin was born. It is even less to know how the blockchain comes from.

In fact, the previous article has a simple mention as an important part of Bitcoin. The blockchain was born at the moment when Bitcoin came to the fore. But at the beginning Bitcoin was not received by the public, and there were not many people to study the bit. The composition of the currency is detailed. 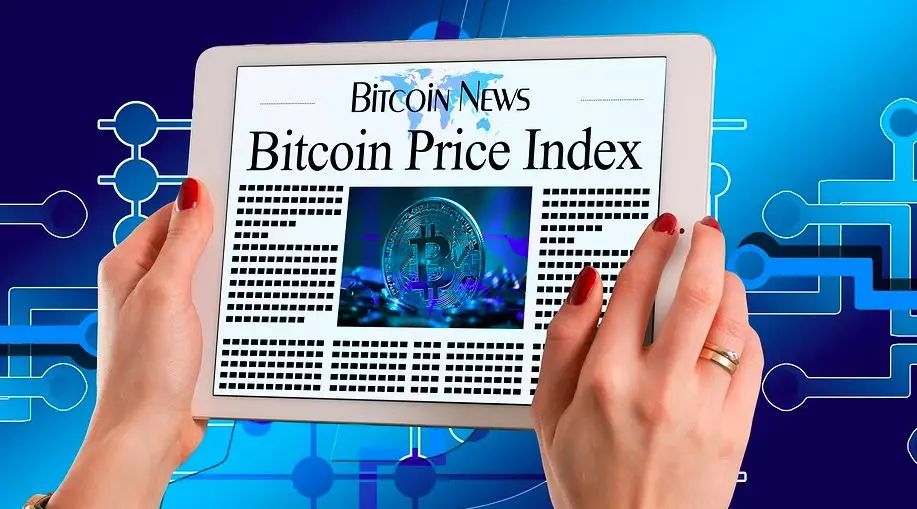 After the development of Bitcoin for several years, more and more people have become interested in Bitcoin, where prices have been flying all the way. Some technical geeks and scientists began to think that Bitcoin as a payment system will not only be hacked, but also have the advantages of transparent, traceable transaction information, no tampering, and no need to trust third parties to reach consensus. If these advantages can be used to solve the various problems of human beings in other fields, how good.

As a result, people have dug up the most dazzling technology in Bitcoin and studied it separately. Later, many scientists have made various optimizations, such as some blockchain technology application platforms released by Ethereum and others, and let the blockchain Can serve the public through a variety of applications.

In this regard, the blockchain concept has gradually been gradually mentioned by more and more people, until it is favored by many technology giants and even the country.

Many people have been very curious, and the blockchain technology is so good. Why didn't it be highly valued and developed at the beginning, and it has been paid attention to and developed in the past two years? In fact, this time, or the best time:

Before any new technology is applied on a large scale, it needs to be repeatedly researched and optimized and tested. Blockchain technology has always had problems to be solved, for example, because the distributed structure makes it slow in transaction, small in capacity, and unable to be large. The adoption of scale and so on.

At present, there are already many solutions to solve the expansion problem. The central bank's digital currency also indicates that it has adopted a highly scalable solution, and the timing of large-scale adoption of blockchain technology has gradually matured.

2, the original Qingyuan is at the time

After the concept of new technology was used in various speculations and crazy speculation, the bubble continued to blow. All along, the country has implemented strict supervision to minimize the risks and constantly remind and educate people about the risks. After the bursting of the bubble, the blockchain industry has also entered a depressed scene. The normal blockchain entrepreneurial activities have been affected to some extent, and there are still some criminals who use the banner of the blockchain to carry out various frauds.

In this context, it is necessary to clear the source and let the industry develop a standardized and healthy development, so that entrepreneurs who are really interested in using blockchain technology to serve the public and create value will see hope.

3. The influence of some government and enterprises in overseas countries

For new technologies, each country is also a competitive relationship. They want to gain the right to speak in the field, develop some standards that can be adopted internationally, and generate a group of enterprises that can have a significant impact on the field.

This year, Facebook's Libra Stabilization Coin Program invisibly promoted the process of developing blockchains and central banks to launch their own legal digital currencies. Just as the various interest groups in the United States were deadlocked, the united China rushed out of the track and occupied the "highlands."

04 All the people study "hot"? What do you need to learn?

Now, the point of view of the uselessness and scam of the blockchain has basically disappeared.

Media from all over the country began to report on the blockchain, which will surely set off a wave of learning for all. Responding to the call of the country, it is a very important thing for all people to learn the technology that can change their lives and change the world in the future.

Blockchain is a technology, or a thing that knows things is not simple when you look at the name. If ordinary people don't engage in technology and don't need to do development, what do you need to learn?

In fact, for the inevitable wave of the future, now we can mainly understand the general principle and significance of the blockchain, and do not need to explore its technical realization in depth. Just like the Internet of the year, we only need to understand the meaning of the Internet, know how to use it, and know what it can be used for.

05 In addition to development, risk prevention is the number one priority

Due to the high priority at the national level, it is foreseeable that the blockchain will become a key development industry across the country and gradually enter the public's field of vision. At the same time, relevant regulatory policies and regulations must be prepared in order to clearly eliminate and standardize all kinds of chaos in the industry, so as to guide entrepreneurs and the public to enter the blockchain industry in a safe, legal and compliant manner.

Therefore, once again remind everyone, do not touch, promptly withdraw from the category of the blockchain flag "top wind crime", can not land application of the actual value of the project. Entrepreneurship teams should not easily touch the red line, and may pull the list at any time. The investors will not be returned, and the entrepreneurial team will be severely punished.

Many people see that the blockchain is so good that they can't wait to invest in some projects. In fact, there are still many risks in the blockchain field, especially the cryptocurrency market. In the daily release of the vernacular blockchain, many reminders have been made. For most people, there are at least these risks:

Finally, I hope everyone can meet the best and most understandable blockchain.

Message mining : About blockchain science, what do you most want to know, what questions do you have? Feel free to share your opinion in the message area.