Xiao Gang, a member of the National Committee of the Chinese People's Political Consultative Conference and former chairman of the China Securities Regulatory Commission, talked about his eight learning experiences around the 18th collective blockchain technology of the Political Bureau of the Central Committee: First, the meeting was timely; second, the meeting has been slow to develop in recent years. Blockchain technology is greatly encouraged; third, the guidance and regulation of blockchain technology is very important. Xiao Gang also made several suggestions: First, the word “digital currency” was not mentioned in this meeting, but it does not mean that it is not important. Second, the financial regulatory department should give a clear definition of the application of blockchain in the financial field. In order to better standardize development and eliminate chaos; third is the future digital financial era, we must have a pre-judgment, there may be some new types of financial institutions, how to supervise them is the current more urgent thing; fourth is the block Chain technology has broad application prospects in the capital market; fifth, the blockchain is widely used in supply chain finance; sixth is to strengthen investor education. 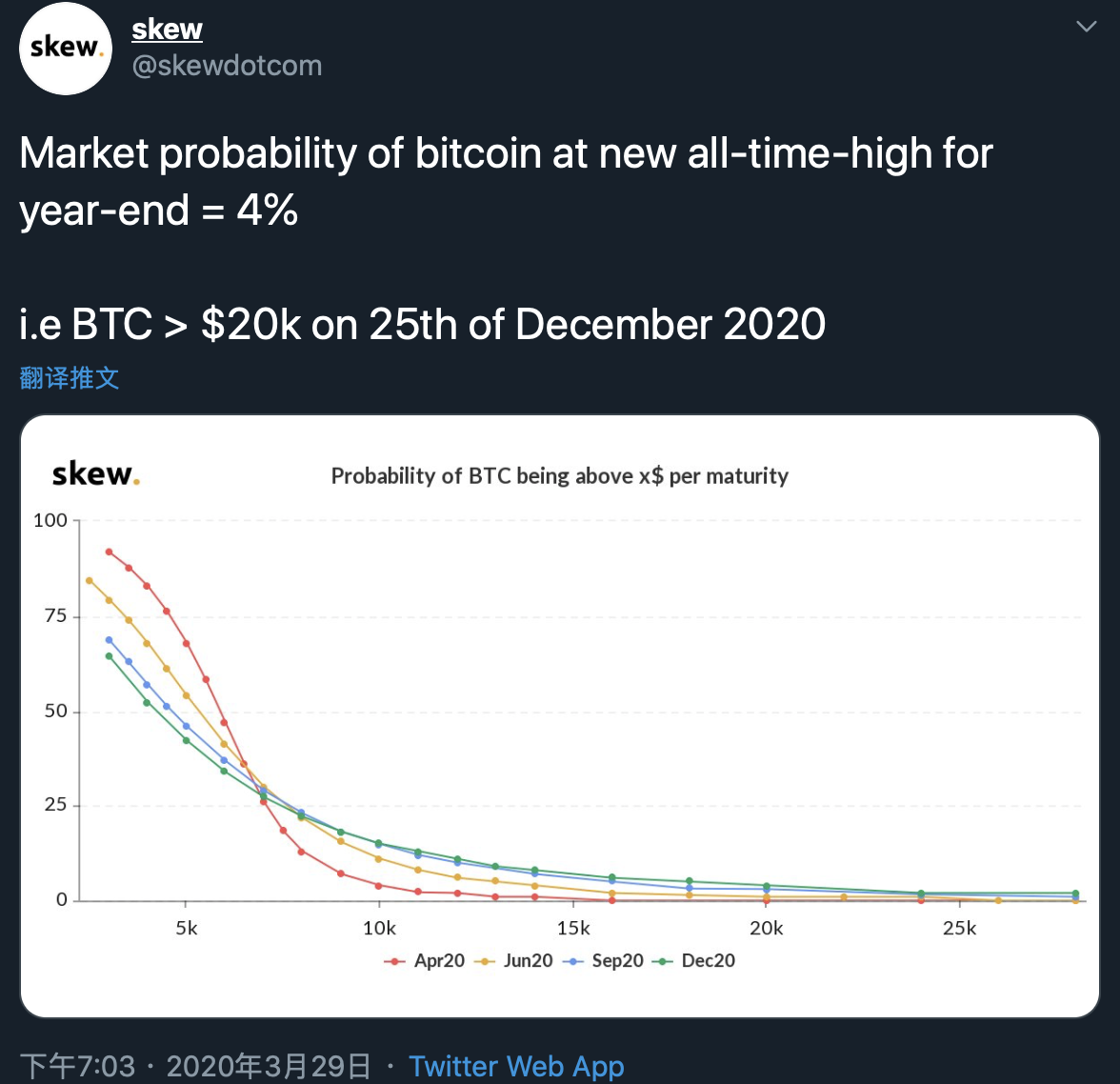 Data: The market probability of a new high at the end of BTC is 4%