The cryptocurrency mining industry is once again thriving, and the era of 10 yuan a pound of mining machines seems to have never been here. 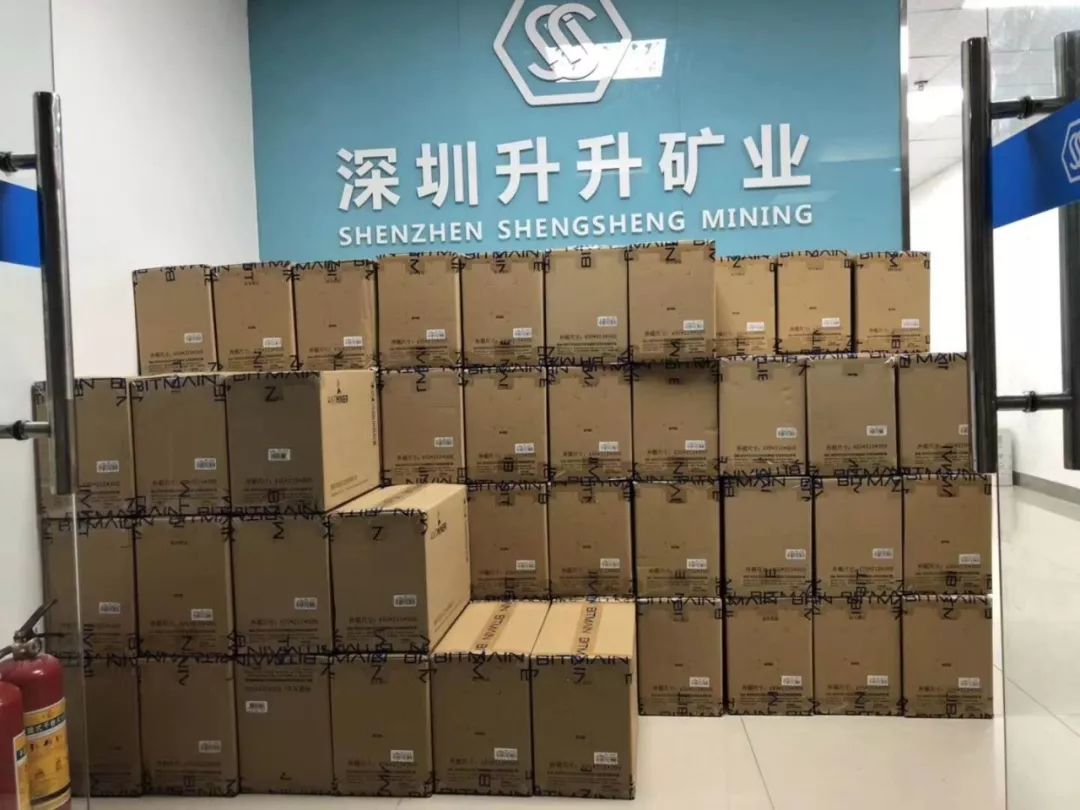 Last November, after the bitcoin price was squatting, the miners sighed that the currency circle was not worthwhile. The BTC calculation power fell from the peak in a month, during which time more than 2 million S9s were shut down. However, four months later, before the flood season, the miners flocked back to buy the machines that were sold at the beginning.

After all, the currency circle is not human.

In March of this year, Bittland took the lead in setting off the banner of "decisive battle of the wet season". First, it released the news that it will deploy 200,000 bitcoin mining machines in southwestern China, using the surplus hydropower mining in the flood season; then, launching the live mining strategy of the popular science season; after a week of live broadcast, the 7-nanometer mining machine S17, The S17 pro is on sale and sold out within four minutes . A mine operation and maintenance told the Hash faction that "Bit mainland is mainly selling machines, and the mine revenue is actually not much." In the ten years of the currency, everyone has learned to do what is good for them. Bittland’s self-disrupting arms have re-started to concentrate on selling miners. The miners have also stopped the short-selling collective short-selling bitcoin in the warm-up market. The calculations jumped back and the currency price fluctuated and rose. Is this a spring look?

Spring is the season for migratory birds to return.

Since October last year, the southwest dry season met the cold winter of the currency market, the electricity bill doubled the price of the coin by half, and the miners who had 20,000 admissions to the mining machine had already been unable to make ends meet, and they were ready to shut down. Even Inner Mongolia and Xinjiang relied on the annual electric mining mine. The owners are also changing.

Miners who did not want to leave the market began to look for cheaper electricity, and second-hand mining machines quickly flowed to overseas markets.

At this time, Bao Erye Guo Hongcai shouted on Weibo, and the Middle East mined a month back. Some miners said that Bao Erye had already taken people to Iran to build a mining plant. When it was built, he would inform everyone. At that time, the news said that Iran has officially recognized that cryptocurrency mining can exist as an industry. The local electricity bill is equivalent to RMB quarter. . 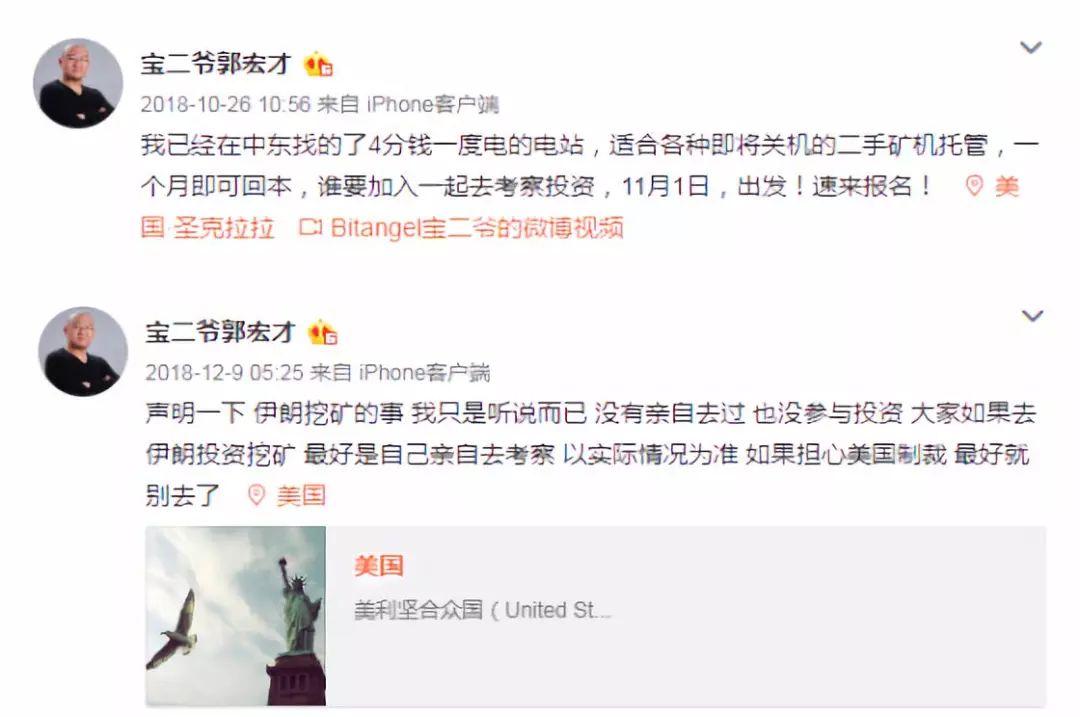 At one time, Iran’s power resources were almost divided by Chinese miners. The Bao Erye, who claimed to take people to inspect and stayed in the United States but had not yet got the US green card, solemnly declared that "I have only heard about mining in Iran."

Sure enough, Bao Erye is still the treasure.

Later, a senior miner told the Hashi faction, “Going to Iran to mine, the electricity bill is saved, but the mining machine is gone.” His friend left a few extras to go through customs and find a factory to bring to Iran. Ten mining machines, they returned to China alone, ready to join the mining industry in the domestic flood season. The industry believes that 90% or even 98% of the people who go to the sea to build a mine are bloodless.

In the eyes of the big mine owners, the mining machine has gone out of the sea, and it has become an industry consensus. The internal staff of the mine with a capacity of 30,000 in Kyrgyzstan said: "The mining machines that go out to sea are all machines that are about to be eliminated. Because they go out, they can't come back. If they are broken, they can't be repaired."

At this time, the small miners with blood in their hearts said: " Most of the people who went to mine abroad have returned, waiting for the decisive battle. "

With the arrival of the rainy season, the spring wind of 2019 will blow up 1,419 rivers in southwestern China, driving more than 3,000 hydropower stations. “One million mines that were turned off during the dry season will open again during the wet season.”

Mining is a must-have process for bitcoin issuance. There is no bitcoin without miners mining.

During the flood season last year, torrential rains caused floods, 20,000 sets of mining machines were flooded, and some large miners hit tens of millions of people, and the total loss caused by the disaster was over 100 million yuan. After the flood, the BTC's computing power fell from 44EH/S to 34EH/S, and Bitcoin seems to have shared the same fate with Sichuan's deep mountains. 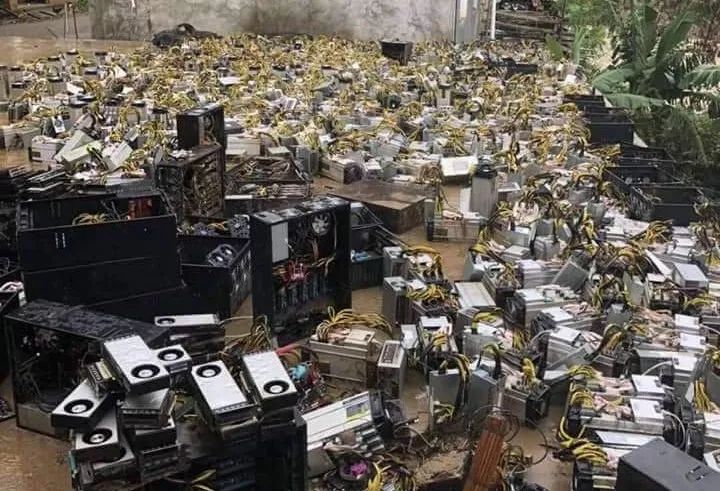 The report data released by the survey agency coinshares in 2018 verified the widespread spread of the currency circle. " There are 70% of the world's mining machines in China, and 70% of China's mining machines operate in Sichuan ."

However, the source of urgent demand for cheap electricity is actually the price of the currency. As the bear market continues, the mining industry is constantly shuffling, and it has changed from the past. During the flood season last year, the market was still in the lingering temperature of the crazy rise in the price of rice. The electricity cost of the Sichuan mine was 5 gross, and the miners were scrambling to manage the machine; but this year, the electricity bill was 2 gross 3, and many miners are not opening. Hesitating between booting. The electricity bill of the northern thermal power mine was also forced to drop from 4 Mao 5 all the way to 3 Mao 9 , and more mining machines can continue to concessions.

In the opinion of the mine owners, the 2018 flood season is a grand slam. This year they are faced with a lot of seats, fewer customers, thin profits and high competition. As Jiang Zall said, “The mine has appeared. More serious excess."

A mine with a capacity of 90,000 in Kuitun, Xinjiang, and the ongoing phase II project did not participate in the flood season. Mine operation and maintenance said:

“In terms of pure electricity prices, Sichuan is cheap, but the network in the mountainous areas of Sichuan is unstable, and the customer response is very big. Our mines in Xinjiang are built in the industrial parks in the city, and the network is stable.” 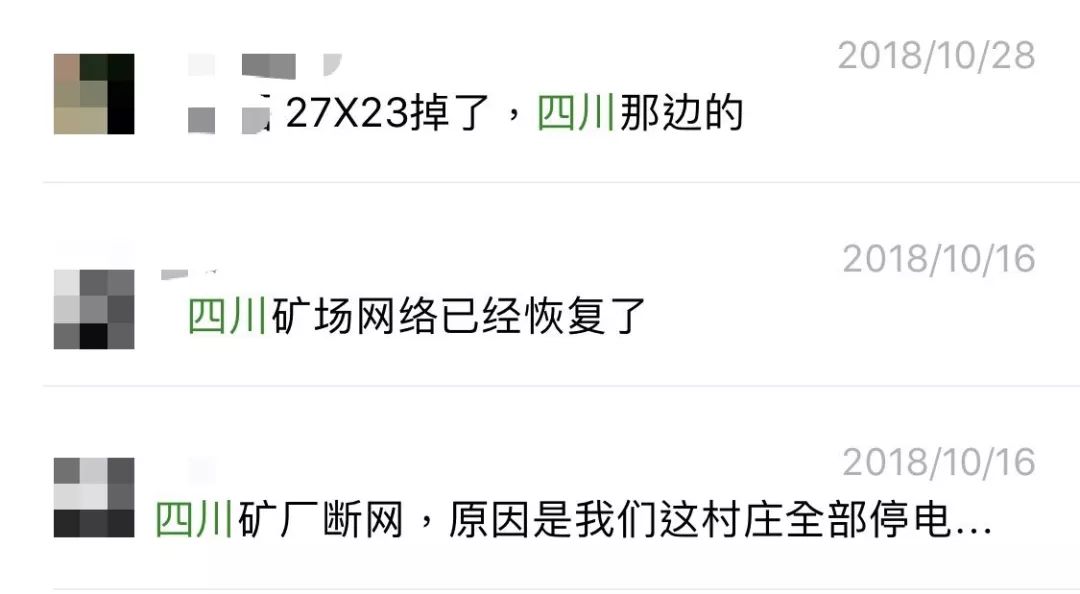 Although this point in the Sichuan mining site, friends have different views.

“Private hydropower is like this. Does the thermal power mine in Inner Mongolia not lose power every day?”

But it's no doubt that this year's flood season is not as attractive as it seems.

In a Sichuan mine specializing in mining and hosting services, the cost of a S9i official website refurbished machine with power is about 1,500 yuan, and the electricity bill for more than 100 managed machines is three hairs; the same machine The price of the Xinjiang mine is 1,000 yuan, and the electricity cost of more than 100 machines is 3 gross 6. The difference between the cost of the mining machine and the cost of electricity is basically the same, and the return period is about four to six months. For mines with a small electricity cost ratio like Z11, the benefits of mining in the north and south are almost the same.

Small miners may be attracted by cheap electricity bills, but the mine owners who moved south in the north will have to consider the time cost during the express delivery, the damage of the machine during the logistics and the loss of the machine. Industry insiders said that "small miners can play during the wet season, and large customers will generally choose a stable annual electricity."

The purchase manager of a mine told Hashpai that the best machine sold this year, except for S9i, was the new one born at the end of March, and the Z11, which digs a large coin, has a short return and a high return. Electricity costs account for less than 10% and are favored by new miners.

Most of the new miners who entered the market in late 2018 and early 19th dig large coins, more than the original currency and Litecoin. In addition to the large profits, they are more optimistic about the hope that the small currency will rise several times. "If Bitcoin doubles, these small currencies will increase by at least 3 times. There is no need to do a single currency for BTC. It will take a long time to return to this cycle."

New miners, especially retail miners, are generally characterized by a good mentality. When you ask how to think that cryptocurrency mining may be classified as a phase-out industry, their answer is that "the bite mainland mining machine is not selling as usual."

People who are entangled in the currency circle often lack patience in making money. Mining and investment are just like huge profits.

However, mining is probably the scene of not only the richness of the currency, but also the luck, electricity, timing, capital, which constitute the survival map of the miners. After passing the mining bonus period, some people chose to go out to make a living, and some people came back to the country to plunge into the tide of the flood season; some people are optimistic about the low-cost electricity in the southwest rainy season, some people stick to the northwest of stable thermal power; and more are decisive battles The Shantou attracts the small miners who entered the market.

Throughout the years of mining history of elite miners in the industry, from roasting cats to Wu Jihan, from Avalon to Bitian, the rise and decline of the mining industry is almost as fast. In 2014, Mt.Gox suffered a hacker attack and lost 850,000 coins. Bitcoin prices fell from a high of 1,200 US dollars. No one is willing to pay expensive electricity bills to dig a cryptocurrency with falling prices. Bitcoin's mining machines cannot sell. Almost, I can only wait for the rebound of the currency price to avoid bankruptcy. Wu Jihan said that it was their dark moment.

I don't know if Wu Jihan still thinks 2014 is the toughest year.

Chinese writer Bi Feiyu said that "in an era of rapid development, there is no difference between encountering a war." Everyone can't control their inner desires. The last bull market earned millions, and the next bull market must be ten million. Wu Jihan passed the bear market and became a big mine. Who wouldn't want to be the next bit continent?

But most people in the industry torrent will eventually become a denominator or a leeks, even though most miners still believe that in the short term, there are few businesses in the market that can be profitable like mining, but in times of turmoil, Who is expected to get the ending?

"Maybe there are new industries in a few years, and mining is going to be cold," said one miner.

[1] Ratchet, Pisa, "The mining army swept Iran, scramble for the lowest 5 cents of electricity", a blockchain