According to data released by data analysis website IntoTheBlock, in the past week, the total amount of USDT transactions with a single transaction amount of more than 100,000 US dollars exceeded 7.3 billion US dollars, which was up 109.82% compared with the previous week. The continued growth of this transaction has been maintained for three months.

The purpose of Tether's birth is very clear, that is, to provide liquidity for cryptocurrency exchanges by creating a more stable medium for prices relative to fiat currencies. Although the dispute over Tether has existed for a long time, whether it is to inflate the stable currency without real asset support, or to indirectly realize the manipulation of the market through the influence of the currency on the performance of the cryptocurrency market, etc., in a step by step in Tether In the process of the fifth place in the total market value of the cryptocurrency market, the criticism it faces is obviously the largest among the head currencies.

However, from the recent high-speed growth of USDT trading volume mentioned at the beginning of the article, these “pain points” or “hidden dangers” of public opinion speculation have not affected the enthusiasm of investors to use USDT.

This figure has more than doubled the market performance of the previous week. In just one day on October 26, there were 2,970 large transactions on the USDT network. The single-day transaction amounted to over $1 billion, and the average transaction volume of the big day reached $363,000. 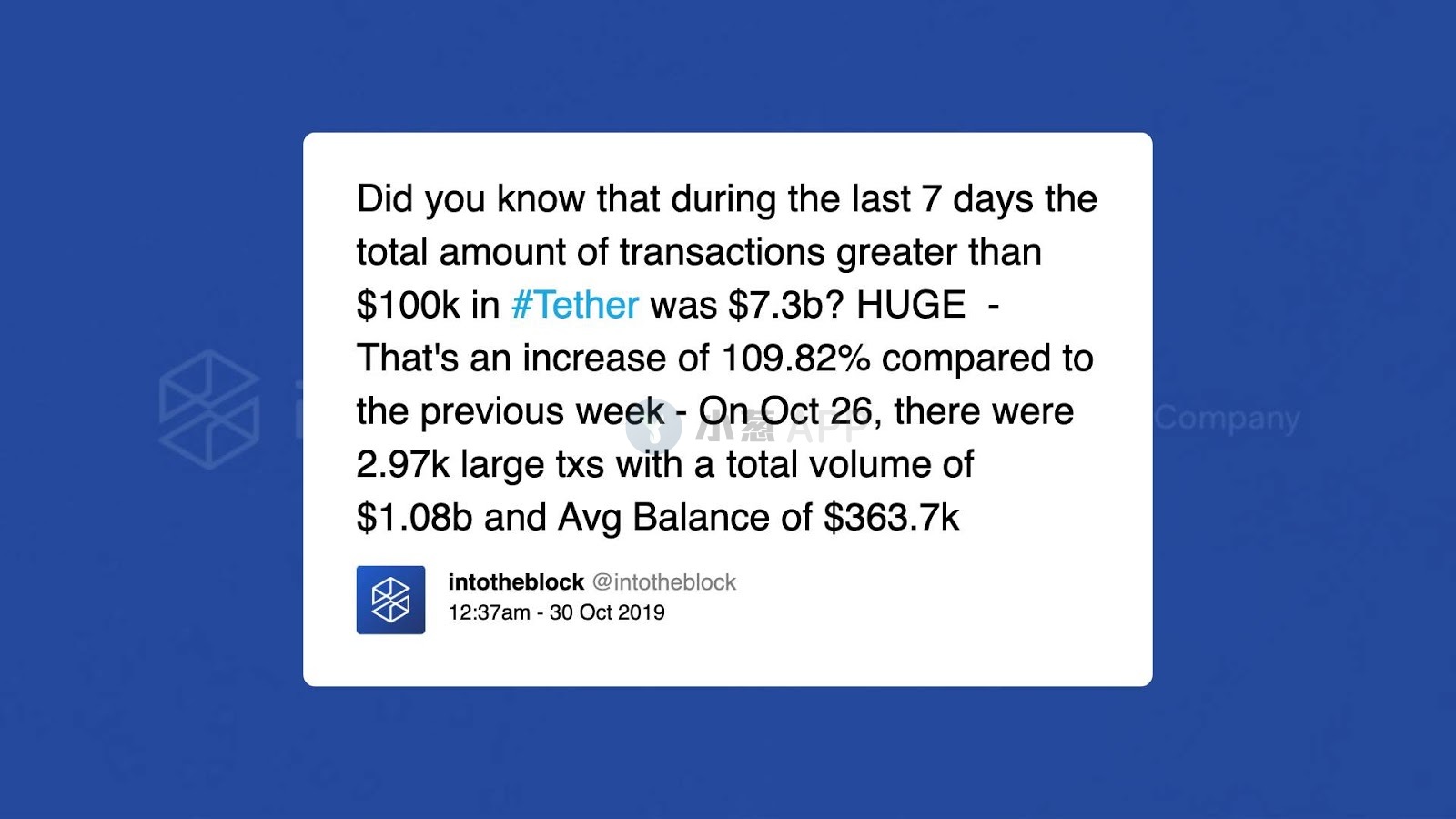 The rapid growth in the number of USDT large transactions is clearly a great achievement for Tether, but for this network, growth obviously does not stop there. Some other data also shows that the acceptance and utilization rate of the USDT has made great progress in the past period of time.

However, it should be noted that the average number of shares held by USDT has maintained a steady decline since August. According to data released by IntoTheBlock, on August 17, this year, the average position of USDT positions was as high as $41,000. By October 30th, this number has dropped to $8,212. This means that USDT's position is moving towards a decentralized trend.

In the recent period, Tether has been advancing the chain exchange process of transferring USDT from the OMNI protocol to the ERC20 protocol, hoping to improve "efficiency." This continued high growth in usage is clearly a very good news for Tether.

SheKnows New Year's Debate | Wu Xiao: Blockchain has no role in this epidemic, but it will be useful later

Ma said: Star points, you can poke the original