Less than half a year after the BCH fork event, BSV, one of the top ten currencies, once again stood on the cusp.

This time, it is really bad news. Because, currently the industry's largest trading volume of currency security, decided to off the BSV. 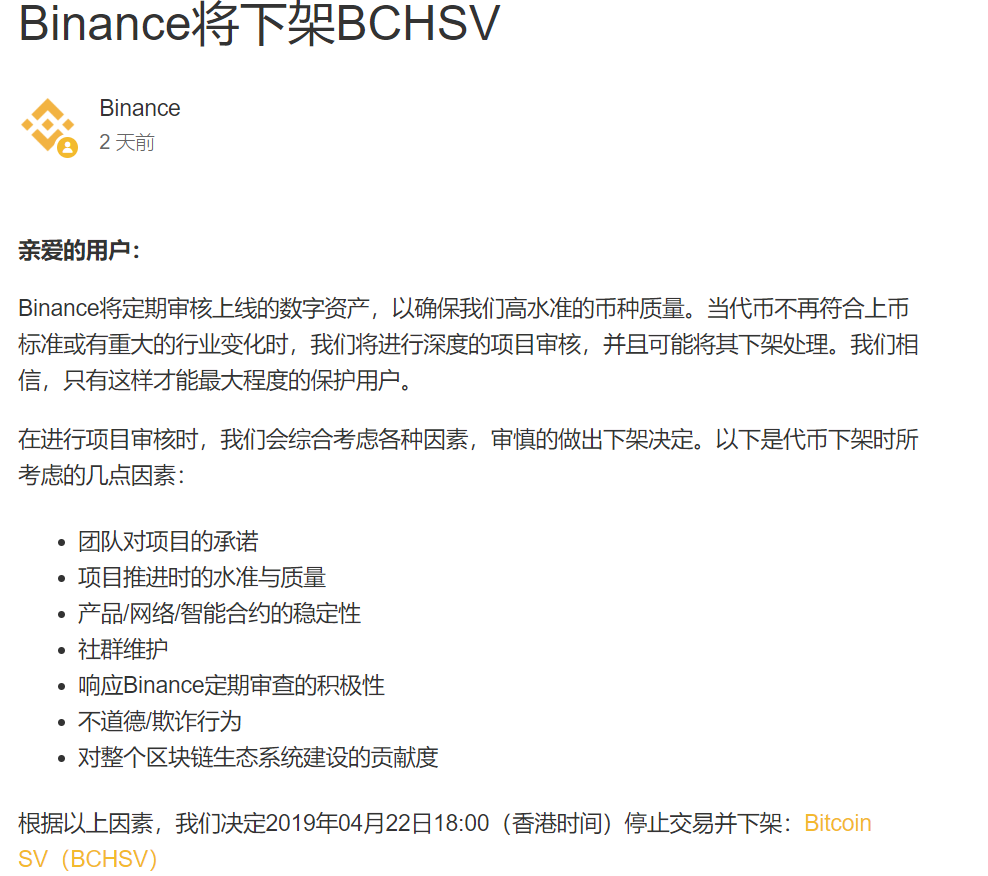 As soon as this news came out, the BSV's price period dipped sharply. It turns out that it is not BCH that beats BSV, but the currency security?

In this regard, we only want to ask the following three questions.

1. Why does the currency security have to be removed from the BSV?

3. Where is the boundary of the exchange's power?

First, why should the currency be removed from the BSV?

As the number one supporter of the BSV, CSW, who has always been a native of Nakamoto (but can't get the actual evidence), is always in anger. His latest "doing evil" is the public launch of the "human flesh" action against the initiator of the "Lightning Torch" campaign. 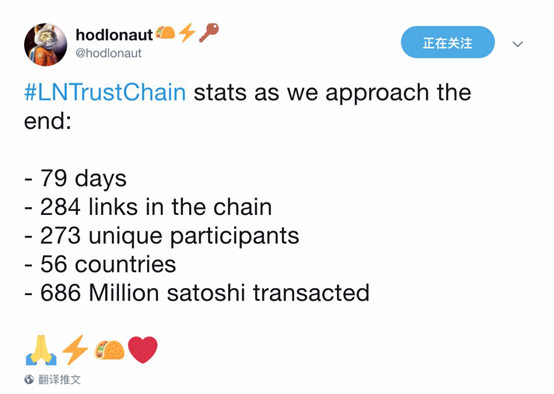 As a loyal supporter of the Bitcoin Lightning Network, Hodlonaut has always believed that CSW is not the founder of Bitcoin, so when CSW claimed to be Nakamoto, Hodlonaut resolutely opposed Twitter and called CSW a liar.

CSW's Twitter has been suspended for a month and cannot be directly responded to on Twitter, so he made a statement through CoinGeek, the same BSV camp media, threatening to file a lawsuit against Hodlonaut through legal channels, asking him to announce his identity and apologize. And rewarded the $500 worth of BSV, hoping to find the true identity of Hodlonaut.

As a result, Hodlonaut was under pressure and closed his tweet.

CSW's move triggered the anger of the "anti-BSV" camp, and many Hodlonaut supporters launched a campaign to support Hodlonaut. Many people have changed their Twitter avatars to Hodlonaut. 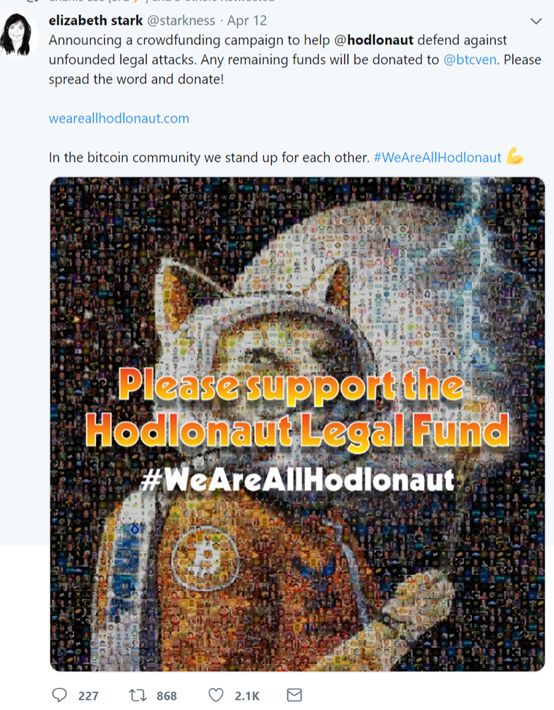 British encryption show host Perter McCormack (one of the pioneers of the anti-CSW camp) launched the "CSW is a fraud" campaign, launched the T-shirt of the same name, and promised to donate all the proceeds to Hodlonaut. The move was supported by Zhao Changpeng, who forwarded the event on Twitter. 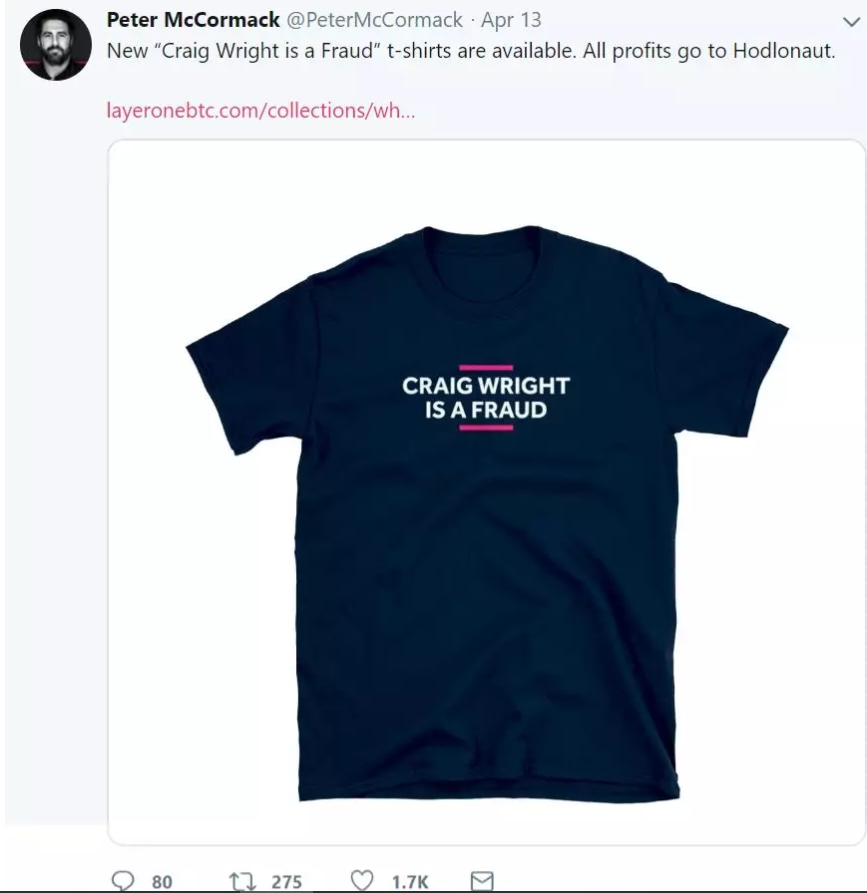 The Bitcoin community also launched a “Legal Aid Fund Fundraising” campaign for Hodlonaut to fund the upcoming legal dispute between Hodlonaut and CSW.

Of course, this is the most prosperous anger, it is Zhao Changpeng and the currency is safe.

Second, will the BSV be ruined?

After the announcement of the currency security, the BSV price plunged and fell more than 15% in 24 hours.

In November last year, the scene of the BCH fork war was still vivid. The BCH is largely equated with the Bit Continental, just as the BSV is equal to CSW , but this is only part of the paradox. Another large reason is also the key to the separation of BCH and BSV, and the choice of “large block”. Many people who support BSV believe that BSV better inherits BCH's original vision of "upgrading" bitcoin through larger blocks rather than "block + segregated witness."

This kind of team is not completed because of the BCH and BSV forks, and the two sides have been wrestling.

At the end of last month, BCH lead developer Amaury Séchet announced the withdrawal from Bitcoin Unlimited (one of the BCH development teams) team. He wrote that one of the reasons for withdrawing from BU is that "many members of BU have chosen to support BSV, and many of the proposals made are also very outrageous."

In the end, the value of BCH and BSV will return to the price. The current price of the BSV is $56, less than one-fifth of the BCH price of $313.

(BCH and BSV price trend comparison in the past month, from CoinmarketCap)

On the other hand, in the eyes of BSV supporters, the downside of the currency is nothing, even the beginning of a new cycle, they have begun to consider the cooperation with OKex to launch the BSV exchange. 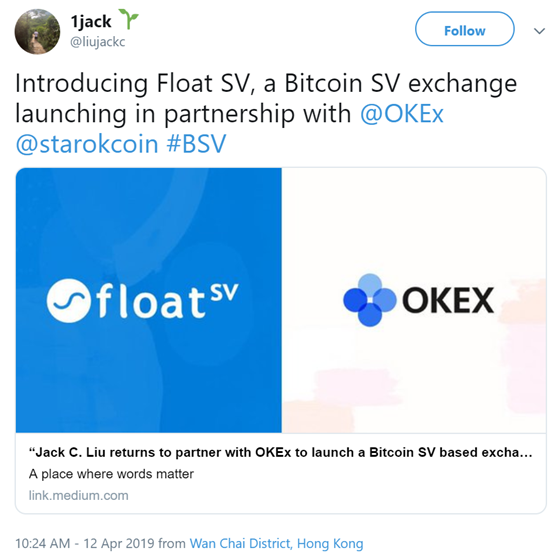 3. Where is the border of exchange power?

The importance of the exchange's cryptocurrency ecosystem is unquestionable, and the head exchange, including the currency, is at the top of the food chain.

One of the protagonists of this incident, Zhao Changpeng and his coin security have also been questioned. The skeptics believe that BSV as a market value of billions of dollars, not an air currency, Zhao Changpeng with his personal likes and dislikes to remove it, further aggravating the "centralization" of the exchange itself.

Zhao Dong, the founder of DGroup, said in Weibo: "I don't think the BSV under the exchange is correct. It is not that I support BSV. CSW is a liar and a fake Nakamoto. Is it that everyone discovered it on the first day? On the shelves, I have earned enough transaction fees, and now I have abandoned people. What do you do for those who bought the BSV quilt? Is this a bit too snobbish?"

In the face of doubts, Zhao Changpeng counterattacked in Twitter, he said –

“Everyone can make their own decisions. Everyone has influence. Even if you, if you are selling a cryptocurrency that you don’t like (in theory, it does affect the price, no matter how small), that’s the center. Is it? Who decides, from what level, is it not defined as centralization?

Zhao Changpeng’s words are not unreasonable, but personal trading and the decision of a company cannot be generalized. As the monthly visits exceed 10 million, any decision made by the millions of users will have immeasurable consequences for the entire industry, not to mention the BSV that has been removed to date still has a market value of more than 5 billion US dollars.

Of course, the reasons for the withdrawal of the BSV from the currency are also very high. In the announcement, the currency security pointed out that the BSV had problems in the following seven aspects, so the BSV was selected. Obviously, " immoral/fraudulent behavior " is a very obvious factor.

Digital currency analyst Alex Krüger issued a tweet saying that almost everyone in the cryptocurrency market may be celebrating the delisting of BSV, but from the perspective of institutional investors, the quarrel and delisting of Nakamoto should be It will make this industry look like a children's playground.

Zhao Changpeng attached a sentence "do the right thing" when he forwarded the text of the BSV.

This time, is the currency right?

Ripple CTO: XRP is similar to iPhone, Volkswagen does not want its company to be profitable