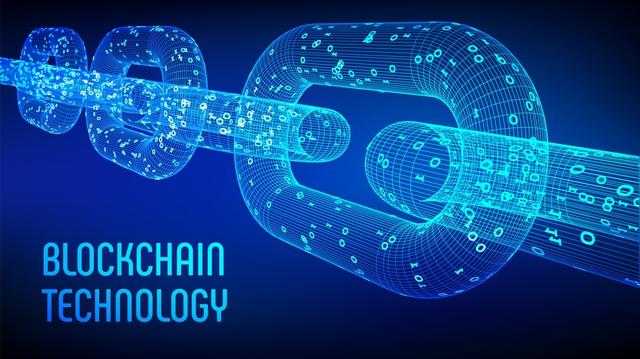 With the development of blockchain and encryption assets, the encryption fund has achieved a yield of more than 1400% in the past two years under the bear market of 2018. Currently, there are more than 700 global encryption funds.

According to Crypto Fund Research, since the inception of the first Bitcoin Fund in 2013, more than 700 encryption funds have entered the market. Even in such a bleak market in 2018, more than 100 encryption funds were announced. Therefore, Daxie has reason to believe that this number will continue to grow in the future.

As a review of the current market encryption fund, Figure 1 uses the amount of assets under management as an indicator to sort out the top 20 encryption funds in the world in 2019. 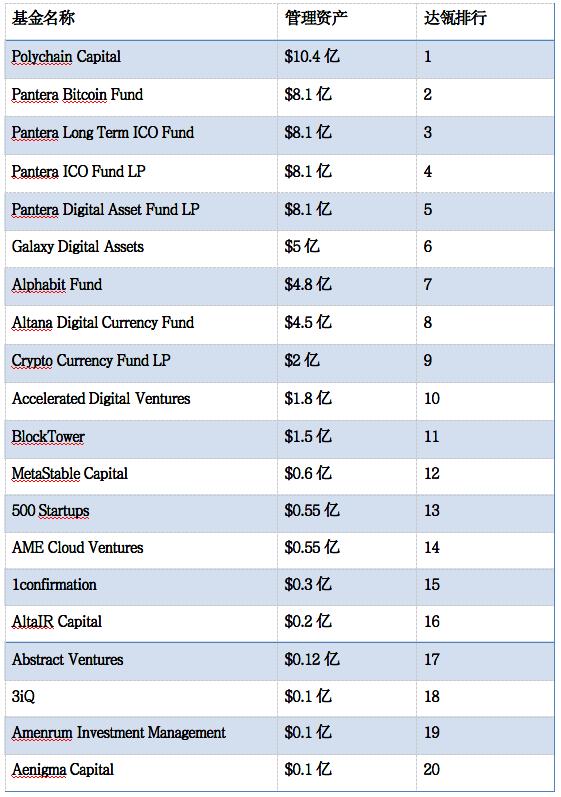 In general, cryptographic hedge funds aim to exploit the low correlation between cryptocurrencies and traditional investment commodities and the incomplete effectiveness of current digital asset markets, while providing investors with a higher return on investment while reducing investment risk. Next, this article will take a bird's-eye view of the entire industry of encryption funds from the aspects of the size, investment strategy, historical performance and analysis of encrypted hedge funds.

Traditionally, hedge funds, as a type of investment fund, attract funds from institutional investors or high-net-worth investors and make portfolio investment. The investment commodities are generally stocks and bonds. With the development of blockchain technology, cryptocurrency, as a new type of digital asset, has gradually entered the field of investors. The encryption fund, as an emerging investment fund in recent years, is more unique than traditional hedge funds in investing in commodities: cryptocurrency. In the digital asset market, encryption funds generally fall into three categories: encrypted hedge funds, encrypted index funds, and encrypted venture capital funds. Among them, encrypted hedge funds dominate the market in terms of quantity and size. Therefore, the research focus of the full text does not include crypto-index funds and cryptographic venture capital funds.

As the variety of assets continues to mature, the number of encrypted hedge funds has increased significantly in recent years. According to Elwood's 2019 study, as of the first quarter of 2019, there were approximately 150 active cryptographic hedge funds in the digital asset market with a total managed value of more than $1 billion. Among them, the average amount of encrypted hedge fund management assets in the first quarter of 2019 was 21.9 million US dollars, with a median of 4.3 million. This figure, compared with the median of 1.2 million in January 2018, shows that after the downturn in the digital asset industry in 2018, investor confidence has increased. As shown in Figure 2, in the current market for encrypted hedge funds, some large funds occupy a large amount of resources, and more than half of the funds manage no more than 10 million US dollars. In terms of the amount of assets under management, this distribution is consistent with the large numerical difference between the industry average and the median, and is also consistent with the traditional hedge fund market.

Although in terms of investing in commodities, encrypted hedge funds are quite different from traditional hedge funds. However, in terms of the structure of fund management fees, the two are very similar. 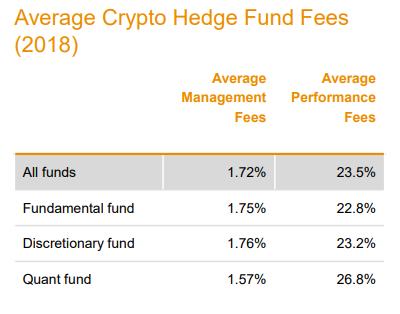 As mentioned above, from the perspective of investment strategies, encrypted hedge funds can be divided into three categories: basic, speculative and quantitative. Fundamental Encryption Hedge Funds use a comprehensive and in-depth value study to analyze the fundamentals of assets and select assets that are undervalued by the market. There are two main types of basic face encryption hedge fund investment strategies.

Through in-depth fundamental analysis, fund managers will choose to purchase and hold long-term assets that they believe are undervalued by the market, and wait until the investment products return to rational value to achieve profitability. This strategy emphasizes fundamental analysis of assets, buying through low-buy and high-selling principles when assets fall below their market value, and is highly regarded in both mobile and non-mobile markets. For this type of investor, they will face a longer period of lock-up.

2, long and short and use

Similar to long-term holdings, fund managers use the same fundamental analysis to choose to buy and hold assets that they believe are undervalued by the market, and wait until the investment goods return to rational value to achieve profitability. At the same time, it will also short the assets that are overvalued by the market, and wait for such assets to return to the rational value and buy at a low price to close the position and achieve profitability. This strategy is more flexible than long-term holdings, and because of short selling, this strategy is more widely used in the open crypto market (higher mobility).

The mining process exists in the consensus mechanism of workload verification, and this mechanism is currently used by Bitcoin. In general, the node will listen to the entire network data, after the data will pass some legal verification, the qualified will be cached to the node. At the same time, the miners consume their own computing power, use different random numbers to perform the specified hash calculations, and repeat them (similar to Monte Carlo simulation) until a reasonable random number is found. This process is called mining. Mining miners who are successful in mining are generally rewarded with new bitcoin and transaction fees.

Equity is similar to mining, but exists in the consensus mechanism of proof of equity. In the consensus mechanism of workload proof, all the miners involved in mining will bear a lot of economic costs, and ultimately only one miner can be rewarded, which will result in a waste of resources. The equity certification mechanism is similar to the company's shareholder mechanism. The computing power required for mining will be distributed according to the proportion of the holders of the digital currency. Therefore, in the proof of power, the confirmation of the transaction is not confirmed by mining, but by existing electronic assets. In an encrypted network, stakeholders will receive a prorated reward for their contribution to the confirmation of the transaction. 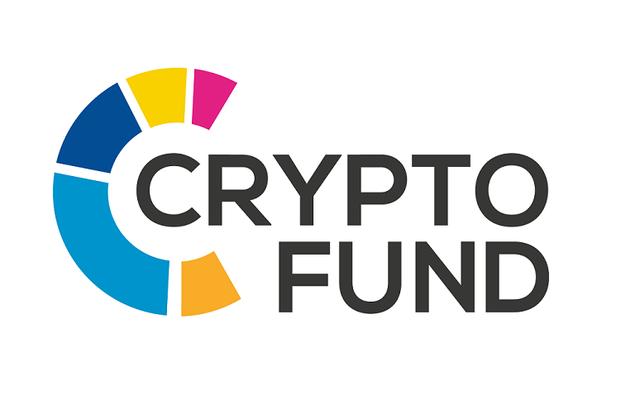 Of course, in addition to the “risk-on” and “risk-closed” models, market sentiment, momentum, trends, and some algorithmic trading strategies are also market-oriented and widely used by practitioners. Market-oriented strategies, whether for the trading of a basket of digital assets or the relative value of transactions between assets, are based on a strong quantitative model.

Many things in life are not something we can't do, but we don't believe it can. The goddess of victory does not necessarily care for all the people, but those who have tried and worked hard will always leave traces of their lives! 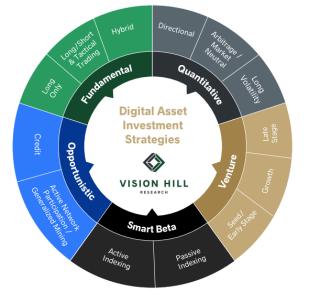 The investment strategies for all of the above encrypted hedge funds have been summarized in Figure 4.

Fourth, the historical performance and analysis of encrypted hedge funds

However, it is not negligible that in 2018, it was an extremely bleak year for the entire encryption fund and bitcoin market. As shown in Figure 6, for the entire year of 2018, in addition to quantitative encryption hedge funds, other encrypted hedge funds and bitcoin fell more than 50%. According to the data in Figure 7, Bitcoin has shrunk by 72%, and the median of encrypted hedge funds has fallen by 46%. In terms of value alone, -46% indicates very high volatility and risk of crypto assets. However, because the industry generally uses Bitcoin performance as a market benchmark, in contrast, encrypted hedge funds still have a "remarkable" place in 2018. For the performance of encrypted hedge funds with more than 1400% in two years, many industry players are unpredictable. Because, before the market is not optimistic about the encryption fund, there are two main reasons: First, in the bull market, too high commission will affect the income; Second, the encryption fund manager, compared to the traditional hedge fund manager Words, experience is lacking.

From the historical experience, very few investment assets, like the 2017 encrypted assets, have experienced a big bull market for a whole year. As mentioned earlier, encrypted hedge funds and traditional hedge funds have similar 2 and 20 structures in terms of management fees. In addition, many encrypted hedge funds have high water level indicators to ensure that fund managers will not be in a market downturn. Get too high a commission. Therefore, under the bull market, excessive commissions will not have much impact on earnings.

Regarding the experience, it is true that according to a report from Loyola Marymount University, the median operating time is 52 months for traditional hedge funds, but in the market for encrypted assets, this indicator is only 16 months. At first glance, lack of experience will have an impact on the revenue of encrypted hedge funds. Unexpectedly, however, researchers at Loyola Marymount University pointed out in the same report that the benefits of traditional hedge funds are inversely proportional to the timing of their operations, and the downward trend is more pronounced. Therefore, the lack of experience, for the encryption of hedge funds, turned into a "points."

Regarding the performance of the encrypted hedge fund, Daxie believes that the reasons are as follows:

First, the incomplete validity of the crypto-asset market

As pointed out earlier, the entire crypto-asset market is still at an early stage of development and does not meet the effective market proposed by Eugene Fama, that is, asset prices do not fully reflect all information. Therefore, risk-free arbitrage phenomena such as price deviations of exchanges of identical assets in different regions often occur, and there is a possibility that practitioners “beat the market”.

Second, the illiquidity of the crypto-asset market

There are many factors that affect earnings, and liquidity is one of the key factors. As mentioned earlier, encrypted hedge funds, both in scale and in "lifetime", are very small compared to traditional hedge funds. Therefore, the entire crypto asset market is not liquid in comparison. In order to compensate investors in the crypto-asset market, the benefits are naturally higher. With the maturity of the crypto-asset market and the influx of more capital, we have reason to believe that revenue will decrease.

Third, the impact of supply and demand

Of course, the benefits of encrypting hedge funds should be viewed in a dialectical manner.

Secondly, this article repeatedly mentions that the crypto-asset industry is still in the early stage of development. The volatility of the crypto assets itself is relatively large, and the above-mentioned rate of return is limited to the time interval from 2017 to 2019, which is not a complete Market cycle. Therefore, the above rate of return does not represent a future trend and should be viewed dialectically. 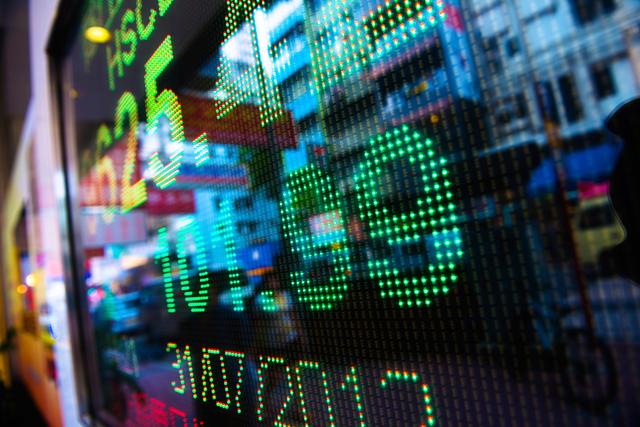 With the development of blockchain and digital assets, the encryption fund, as a new type of investment fund in recent years, has gradually matured. After a full year of shocks in 2018, the number of crypto funds is still rising rapidly, and the performance of crypto funds, in the case of encrypted hedge funds, has greatly exceeded the performance of Bitcoin and other crypto assets in the past two years. At the same time, we should use a dialectical perspective on this number of 1400% gain in 2 years. After all, the entire encryption asset industry is not yet mature, and there is no complete market cycle. In the second half of the year, the encryption fund will continue the upward trend in the first half of 2019, forming a big bull market similar to the whole year of 2017. There will still be no small fluctuations. We will wait and see.

Head of the German Financial Supervisory Authority: Libra and regulators have the same goal in terms of digital assets, but are doing differently

CME Bitcoin futures once "flashed down" to around $8,500, analysts suspected of market manipulation