What is Bitcoin ? Different people will have different understandings.

Wikipedia's introduction to Bitcoin entries is an objective description of Bitcoin:

Bitcoin is a cryptocurrency and global payment system that is the first decentralized digital currency —the system works without a central repository or a single administrator.

The Bitcoin network is peer-to-peer, and transactions between users go directly, without a middleman. These transactions are verified by the network node and recorded in a public distributed ledger called the blockchain.

Bitcoin was invented by an unknown person or group of people under the name of Satoshi Nakamoto and released as open source software in 2009. ”

Today, let's take a look at some of the celebrities and media's views on Bitcoin in history.

"Bitcoin is the devil"

On December 28, 2013, the famous New York Times published the Nobel laureate Paul Krugman's evaluation of Bitcoin : Bitcoin is the devil! 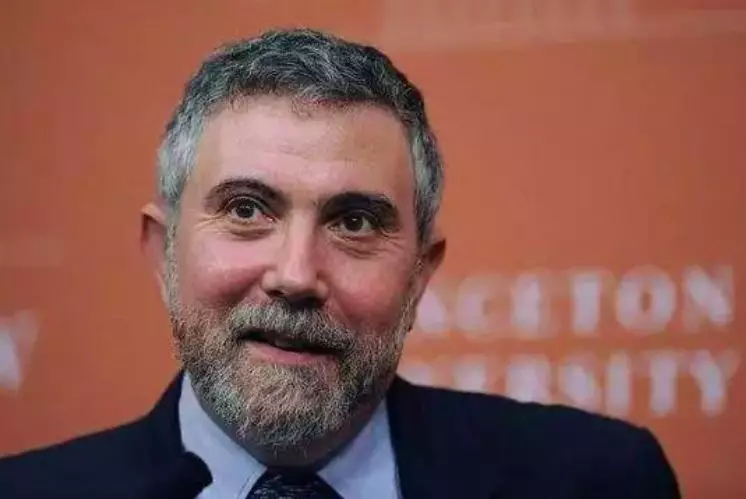 Paul Krugman said: "I doubt whether Bitcoin can succeed. To succeed, money must be a medium of exchange and have a stable storage value. "

For example, he said, the value of gold is that even if there is no other use, you can use it to do something beautiful; the value of the dollar is that you can use it to pay taxes to the United States, the Fed is a potential dollar reserve, and promise If their actual value begins to fall at (far) more than 2% annual interest rate, they will buy back.

So what is the value of Bitcoin?

The article mentions one of the understandings that Bitcoin itself has little value, but online speculators have a demand for this currency, which supports the value of Bitcoin.

"Bitcoin is a scam, it will burst sooner or later."

"Bitcoin is a scam, it will burst sooner or later. Only drug dealers and murderers use bitcoin." On September 13, 2017, "Knights Daily" published JP Morgan's CEO Jamie Dimon. Evaluation of Bitcoin at a conference. 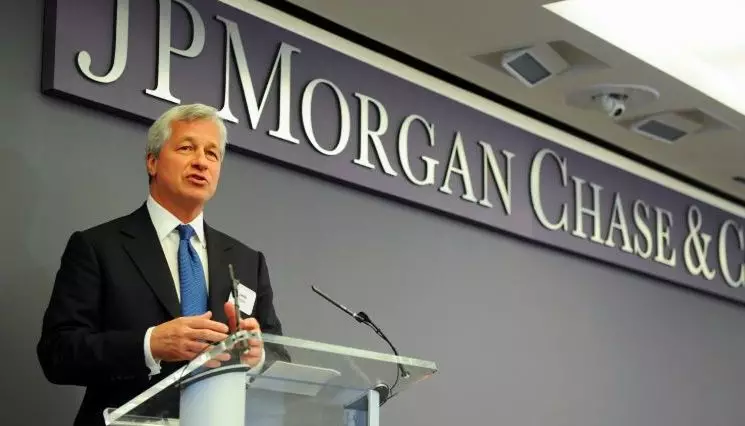 Jamie Dimon also emphasized that if a JPMorgan employee is found to be involved in bitcoin transactions, he will fire the employee in one second. He explained that there are two reasons for dismissal. One is that they violate the rules of JPMorgan Chase, and the other is that they are stupid. Both of them are dangerous.

"Cryptographic currency will not succeed. If you are in Venezuela, Ecuador, North Korea or similar places, or if you are a drug dealer or murderer, use bitcoin is better than US dollars. So there may be a market, but the market is limited. This is worse than the tulip bubble.” Jamie Dimon commented on the event at Barclays Bank.

Ironically, however, Jamie Dimon’s daughter bought Bitcoin. "Bitcoin has risen in price, and she thinks she is a genius now." What is even more surprising is that this year, JP Morgan Chase used blockchain technology to release its own JPM Coin.

Blockchain media Cointelegraph wrote in an article on November 28, 2017: Many people compare bitcoin to the Internet bubble and save money to Bitcoin when the Internet appears, but Bitcoin is not a company, it is A technology, like the 1994 email.

The article mentioned that in 1994 only 0.25% of the world's people used e-mail, and e-mail was invented in 1972. For a long time, e-mail was the only "killer app" on the Internet, which is very similar to Bitcoin. Bitcoin was just a geek and player toy. As the momentum grew, it became the only "killer app" in the blockchain and took the lead for some time.

We believe that in the next decade, millennials will regard "Trust" as gold, so Bitcoin is the next generation of digital gold. If the market value of Bitcoin can reach 5% of gold, then its price will be 25,000 US dollars. 5% seems too small, and if it can reach 10% or 15%, Bitcoin can easily rise to $100,000.

Former Fortune hedge fund manager Michael Novogratz predicted on CNBC that Bitcoin “is very easy” to reach $40,000 by the end of 2018.

"Bitcoin is an illusion that may conquer the world."

On November 30, 2017, the famous Atlantic Monthly published a statement that “ Bitcoin is an illusion that may conquer the world ”.

The article mentioned that there are two forms of currency in history: one is the real thing, such as gold; the other is the legal currency, which is endorsed by the state. Bitcoin brings a third form: digital currency based on game theory, economics and cryptography .

In the eyes of many people, there are many problems with French currency, such as the US dollar. For example, it is strictly controlled by an all-powerful federal government. Many people worry that it will indiscriminately indiscriminate money and lead to inflation.

For decades, technology punks have been dreaming of implementing a decentralized electronic payment system. Bitcoin realized this idea through blockchain technology, which not only prevented centralization, but also prevented inflation by limiting supply.

The article mentions that blockchain is an original, potentially transformative technology. It may be an economic booster, just like the Internet. But the article also pointed out that Bitcoin is not worth mentioning compared to Google, Netflix or even Paypal, because the use of Bitcoin is still very troublesome and the price fluctuates greatly.

The article mentioned that in 2017, many newcomers bought bitcoin, and these newcomers may not know what they are in. The cyberpunks don't care about money, so the price rises and falls has no effect on them, but these newcomers, the only reason they buy bitcoin is money.

"Bitcoin is a new type of gold"

In 2018, because of the bear market in the encryption market, more and more companies no longer accept bitcoin payments, and even a bitcoin conference in Miami refused to accept the use of bitcoin to pay for attendance.

There are two reasons why Bitcoin cannot be a "currency": technology and economy.

Technically, the use of bitcoin is too slow; economically, a good investment cannot be a good currency. In the financial market, there will be fluctuations in the short term, and short-term fluctuations are not conducive to payment.

So, Bloomberg wrote in an article on January 31, 2018, that's why people's wages are legal, which is why no one uses Apple's stock to buy food or pay rent.

Finally, the article concludes that cryptocurrency does not become a real currency, but bitcoin can be seen as a new type of gold.

" Bitcoin is poison, disgusting, and people are angry. "

"I never thought about bitcoin. I hated it when it first appeared. The more popular it is, the more I hate it." The famous value investor Charlie Munger clearly expressed his point of view.

At the Berkshire Shareholders' Meeting in 2018, Buffett also criticized Bitcoin: "The Bitcoin assets themselves do not create anything. When you buy non-productive assets, what you expect is nothing more than a pick-up. Pay more for it. "

Charlie Munger and Warren Buffett are notoriously "not interested" in new technologies. Charlie Munger believes that Bitcoin lacks fundamentals – no company, no responsible board, no large regulators, etc., which indicates that bitcoin is destined to be finished.

Bitcoin has been through its first 10 years since its birth. In the past 10 years, Bitcoin has thrived in the midst of shackles, and the blockchain technology behind it has received much attention from many countries.

However, we have also seen that in the past 10 years, various evaluations and controversies about Bitcoin have been endless. Those who are optimistic have it, and those who see it as a beast are also present. These remarks themselves are actually part of the development process of the entire industry.

The wheels are rolling forward, and we will wait and see what Bitcoin will look like in the future.

Going back to the Wandao mark again, but the market is still not optimistic.

A hacker allegedly stole $1.4 million in encrypted assets, or faced 60 years in prison and over $2 million in fines 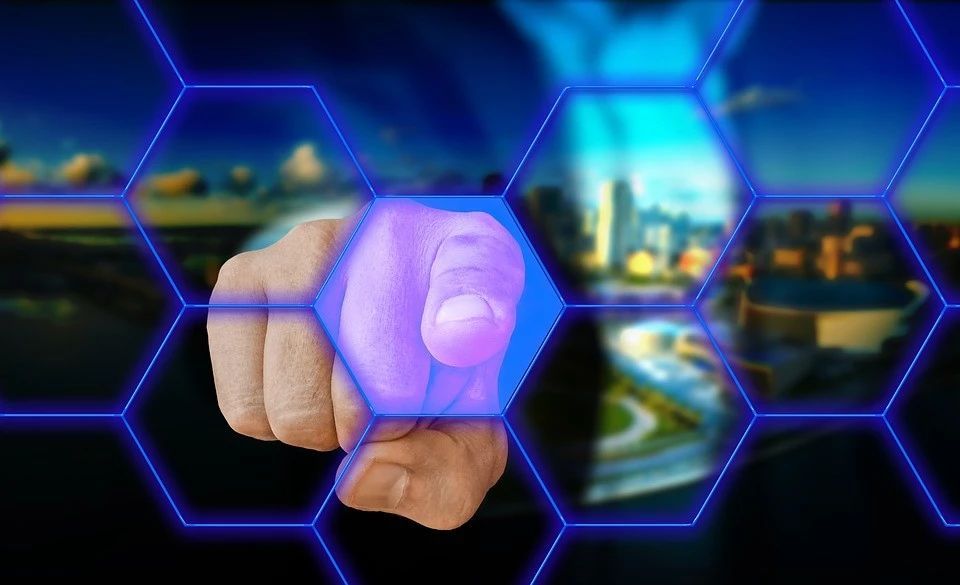