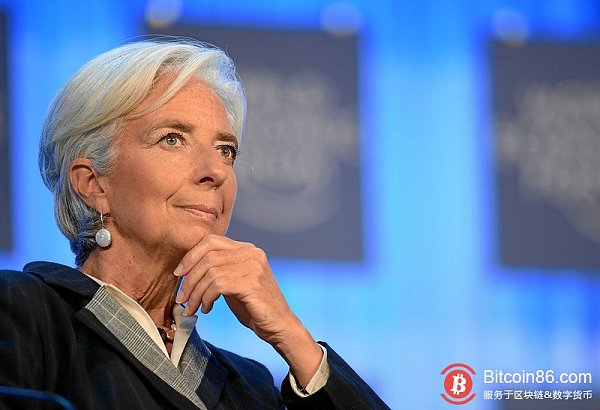 According to relevant media reports, at the spring meeting of the World Bank Group and the International Monetary Fund (IMF) held in the United States this year, global financial leaders gathered together and the Bank of China Digital Currency (CBDC) became The main topic of the meeting. Faced with emerging disruptive technologies such as Bitcoin, their discussions have focused on emerging currencies and forms of payment around the world. Although the debate has not yet reached any definitive conclusions, Christine Lagarde, president of the International Monetary Fund, acknowledges that cryptocurrencies have shaken the existing global financial order.

It is not surprising that CBDC continues to be a topic of interest at the spring meeting in Washington from April 8th to 12th. IMF President Lagarde has in the past urged central banks to consider issuing digital currencies to ensure transactions are safer. She believes that state-backed cryptocurrencies can meet public policy goals related to inclusive finance, consumer protection, privacy, and fraud prevention.

In a recent round of meetings, central bankers from Canada, Sweden and Uruguay who were experimenting with CBDC discussed the potential characteristics and technical design of these currencies and reported on the latest developments in their work. At a panel discussion entitled "CBDC: Should the central bank issue digital currency?", Bank of Sweden Deputy Governor Cecilia Skingsley revealed that the Swedish central bank (Risbank) will be in the next 10 years. The possibility of issuing its own digital currency e-krona (krona: Krona, Swedish and Icelandic currency units) is over 50%.

Skinsley said: "The discussion around CBDC is very important because it involves the idea of ​​money and how we use money to organize society." She revealed that in Sweden, the value of paper money and coins in circulation is now only 1% of GDP. In contrast, the ratios in the Eurozone and Japan are about 10% and 20% respectively. Skinsley said that in Sweden, only one in ten people use cash to pay, and this development has given e-krona a chance to become a possible alternative. She explained:

“Now people find that digital payments and the way they save assets in digital form are more in line with their needs. This means that, according to current trends, the Swedes will no longer be able to access the central bank's currency – banknotes in the next few years.”

In recent years, cashless transactions or various forms of transactions have proliferated globally. For example, Bitcoin was born to challenge the traditional financial system, returning the ownership of money to the people and no longer being controlled by the state. But this vision has not been favored by traditional financial masters around the world. Unsurprisingly, many governments have expressed concern about cryptocurrencies and called for increased regulation.

In response to these threats, some central banks have begun to consider whether and how to adjust their attitudes toward CBDC. Currently, about 25% of the world's central banks are actively exploring the possibility of issuing government-backed cryptocurrencies, although only a few trials have been reported. The Eastern Caribbean Central Bank and the Central Bank of the Bahamas have announced advanced plans to implement a blockchain-based CBDC pilot.
Case of central bank digital currency

In Canada, the government is implementing the central bank's digital currency in a stable and cautious manner. At the IMF Spring Meeting, Bank of Canada Deputy Governor Timothy Lane described the costs and benefits, risks and opportunities of issuing CBDC. One of his main contributions is focused on studying the relationship between interest rates and the central bank's digital currency. Ryan said:

"Some people suggest that CBDC should be interest-bearing, including the possibility that it should allow negative interest rates. To a certain extent, this is also the reason for the introduction of CBDC, that is, if you want to provide more funds for policy stimulus, you can break through zero interest rates. Lower limit."

“To make the whole plan work, the public must actually be convinced that this is what they want to hold. I think this is one of the main motivations for issuing CBDC.”

The World Bank and the International Monetary Fund seem to have shown firm determination on the issue of virtual currency. Bretton Wood's agencies announced that they will launch their own experimental blockchain tokens, nicknamed "Learning Coin". The idea is to give employees the opportunity to experience blockchain technology first hand. Through a customized mobile app, employees can read and watch content and videos related to the blockchain in exchange for “learning coins” without a price tag, while “learning coins” can only be redeemed internally.
Special drawing rights

But for the IMF, the concept of a unique exchange rate unit is not new. In 1969, the organization created an asset called the Special Drawing Rights (SDR) that could be used almost as a currency. SDR is used for transactions between central banks and the IMF; some countries are more or less trying to achieve this through large block-based interbank payment experiments, such as Jasper I & II in Canada and Khokha in South Africa. And Stella I in Europe. Similarly, at least six international banks have revealed plans to issue legal currency-backed stable currencies on IBM's World Wire to enable faster, cheaper cross-border remittances and payments.

There are some similarities between the two systems. The value of the SDR is based on five baskets of currencies – the US dollar, the euro, the renminbi, the yen and the pound. The value of a stable currency comes from legal tender. Timothy Lane of Canada said that it will take some time for CBDC to play a role in cross-border payments, as it requires more regulatory cooperation. Others were encouraged because the discussions at CBDC were still open and popular at the IMF meeting.

Ashley Lannquist of the World Economic Forum said in an interview with news.bitcoin.com:

“It is clear that both the government and the private sector are very interested in learning more about the future of CBDC and digital payments. It is commendable that the International Monetary Fund and the World Bank Group have decided to accept and conduct dialogues related to CBDC and establish for other international organizations. An important role model."