In the past 10 months, the market for digital money has fluctuated greatly. As a result, the secondary market is more active in short-term and band-like activities. For the DeFi lending market, it will have a certain positive impact, because the current lending platform is apart from In addition to the “financial” property, more is used for “leverage”, and a large market volatility will directly stimulate the increase in borrowing demand.

DAppTotal conducted in-depth analysis of the data of five mainstream lending products, including Maker, Compound_V1, Compound_V2, dYdX, and Nuo, and found that the total assets lending in October was US$82.2 million, an increase of 19.47% from September, and the total assets borrowed. For the US$225 million, it increased by 13.23% from September and the outstanding loan assets were US$144 million, of which DAI accounted for 84.4%, which was US$121 million.

Figure 2: Monthly borrowing of the DeFi project in 2019

Figure 3: Change in interest rate of mainstream lending platforms in 2019

After the sharp adjustment of the interest rate, Maker's borrowing rate has been much lower than dYdX and Compound in the mainstream DeFi lending platforms. For Maker, lowering the interest rate on the one hand stabilizes the price of DAI to $1, and on the other hand stimulates users to mortgage more ETH, which in turn produces more DAI to stimulate the increase in DAI lending. In fact, according to DAppTotal data, the amount of DAI borrowed from the Maker platform in October was 20.98 million, a new increase of 610,000 DAIs in September. It can be perceived that the borrowing rate is immediately imminent for the market adjustment of funds.

Earlier we analyzed that once there are differences in borrowing rates between several major platforms, there will be a large arbitrage space. When Maker's borrowing rate is low, users will naturally lend more DAI and deposit it on the platform such as Compound and dYdX to earn interest. According to DAppTotal data, the DAI borrowed on the Compound platform in October was 33.79 million, an increase of 45.89% from September. It is not difficult to see that after the arbitrage space exists, the magnitude of the DAI flowing into the Compound will increase significantly.

Second, the turnover rate overflows DAI into the king of DeFi circulation

As we can see from Figure 4, the total debt of DAI in the digital assets of outstanding loans has reached US$121 million, accounting for 84.4% of the total circulating assets, ranking first, and USDC for the second place, totaling 1,900. Ten thousand dollars, accounting for 13% of total circulating assets. There is no doubt that DAI has become the king of circulation in the DeFi lending platform and the most popular lending asset on the DeFi platform.

However, as of now, DAI's total market supply is 99.91 million, and the total amount of DAI debt in outstanding digital assets has reached $121 million. Why is it overflowing? DAppTotal data analysts believe that there are two reasons:

1) DAI has a large price difference when lending and when it should be repaid. For example, the DAI borrowed at $0.96 is required to pay $1.04 when it is still in use, which causes the overflow of the value of DAI's outstanding assets;

2) DAI is repeatedly lent out in cross-platform asset circulation. For example, Xiao Wang borrowed 1,000 DAIs from Maker, deposited them into the Compound Loan Pool, and then quickly split 500 DAIs out of Xiao Li. The original 1,000 DAIs formed statistics on 1,500 outstanding assets. .

The overflow of DAI in outstanding assets is sufficient to show that DAI has a high turnover rate and efficient use in circulation.

As we all know, on November 18th, MakerDAO will soon launch more mortgage DAI, no doubt DAI will become the hard currency of major digital assets circulating in the lending platform. At present, 99.91 million DAIs are close to the supply limit of 100 million. It is believed that as the market demand for DAI continues to increase, the supply of DAI will expand again. Because from another perspective, the DAI that overflows too much in the outstanding assets will have the risk of simultaneously paying the currency. It is believed that MakerDAO will have the next step of expansion (improving the DAI issuance cap). In fact, Maker has also added 7.16 million new DAIs in the past month. In any case, DAI's dominance in the lending platform has been established.

Note: As of the date of publication, it has been reported that MakerDAO is voting to further increase the DAI debt ceiling.

Bitcoin broke through $6,600 in short-term, up nearly $400 from its early morning low 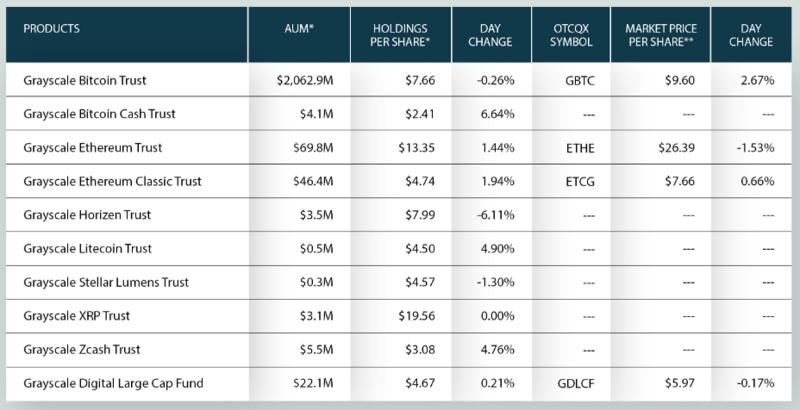 Grayscale Bitcoin Trust successfully registered with the SEC, institutions running into the market?

Kraken OTC Head of Department: Kraken is serving some funds worth $5-20 billion