What happens when gunpowder is on fire? Perhaps with the huge roar, what we can feel is the energy shock that comes from the face. As the two major mainstream technologies of today's technology – blockchain and artificial intelligence , they have led and innovated leading industries in various industries, such as automotive intelligent systems, data security encryption and medical industry. When the two products of the development of science and technology meet, is it to promote mutual growth between the two sides, or is it to hide the body and name when it comes to the spirit? Today we will talk about the new thing in the blockchain + AI.

When the blockchain meets AI

What is the artificial intelligence we can understand now? Simply put, it is the hope that the computer can maximize the replacement of our human intelligent work.

However, with the continuous maturity and application of artificial intelligence technology, the innovation of technology ideas around “ blockchain+AI ” is constantly being proposed. Can our technology meet the standards we want?
As a blockchain that has just been "just debuted", it can be said that it is a "white" that is controversial and easy to be speculated. Even if artificial intelligence is a long- lost "big brother", whether it can be combined with such "white" is also a problem worthy of thinking.

Blockchain + AI has the opportunity to become an important development trend

Why connect the blockchain and AI together? How important is AI? Why do you let the blockchain that started less than a decade combine with AI?
According to the understanding, artificial intelligence is regarded as a strategic technology that leads the future. It is one of the core technologies to enhance national competitiveness and safeguard national security, and it will also become the core driving force for a new round of industrial transformation in economic development.
According to the State Council's strategic deployment of the "New Generation Artificial Intelligence Development Plan" on July 8, 2017, the three strategic goals of China's new generation of artificial intelligence development are clarified: We can deeply feel the importance of artificial intelligence to the country, so accelerating the development of artificial intelligence has become an urgent matter. There is a saying that people can't be seen. So, the blockchain that started just over a decade, can it bring us unexpected surprises with the combination of artificial intelligence?
Optimize efficiency, trust and improve security
A blockchain is a decentralized, distributed transaction ledger that contains elements such as transparency, trust, verifiability, and smart contracts. This means that both decentralized and distributed storage means that every short point can go in and access data without having to access central data.
Just as we can withdraw money from ATMs everywhere, instead of going to the bank to withdraw money, the ledger is equivalent to our transaction record. It records the interaction between the two parties, whether it is financial transactions or escrow chain transactions, showing time changes, then blockchain records will also change. Since these operations occur on the blockchain, there is no central control over these facial recognitions. Then no company will own or store the data, which saves another cost.
In this way, in each step of the information processing, the artificial intelligence does not have to wait for the mutual confirmation of the data, and can directly perform the next operation, thereby further reducing the time for the artificial intelligence to deeply operate the operation data.
Convenient data sharing brings a sense of crisis to large enterprises
Facial recognition only supports sharing between the same model. Can artificial intelligence systems use blockchains to share data across multiple models? The answer is yes, otherwise why use it.
At present, some e-commerce platforms use such functions for product recommendation. For example, we bought a pink toothbrush on a treasure. When we visited a certain East on the next day, we found that a certain East also recommended a more beautiful pink toothbrush to me, which made me more excited. This exchange of information sharing allows customers to get services from [better price] to [custom shopping experience]. And if all data is stored and shared through the blockchain rather than the centralized data server, it can effectively prevent data leakage.
The point is that, unlike companies that collect personalized data, they share this data with each other in the blockchain. But this puts pressure on Amazon and Wal-Mart's large corporate websites, which already have their own data systems that collect customer details but don't support sharing. 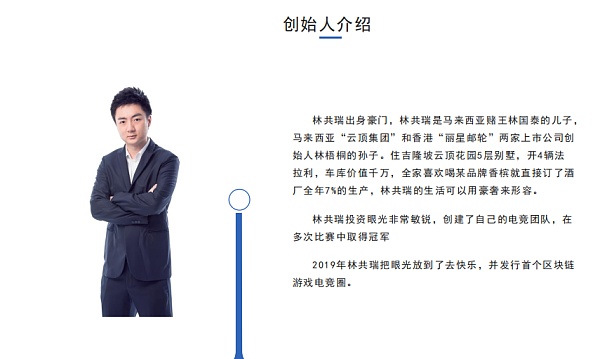 Analysis: The market for long-term equilibrium in the futures market is wide, and the risk of market volatility increases.

Xinhu Zhongbao semi-annual report: In recent years, large-scale investment in high-tech sectors such as blockchain has been carried out to realize investment transformation.