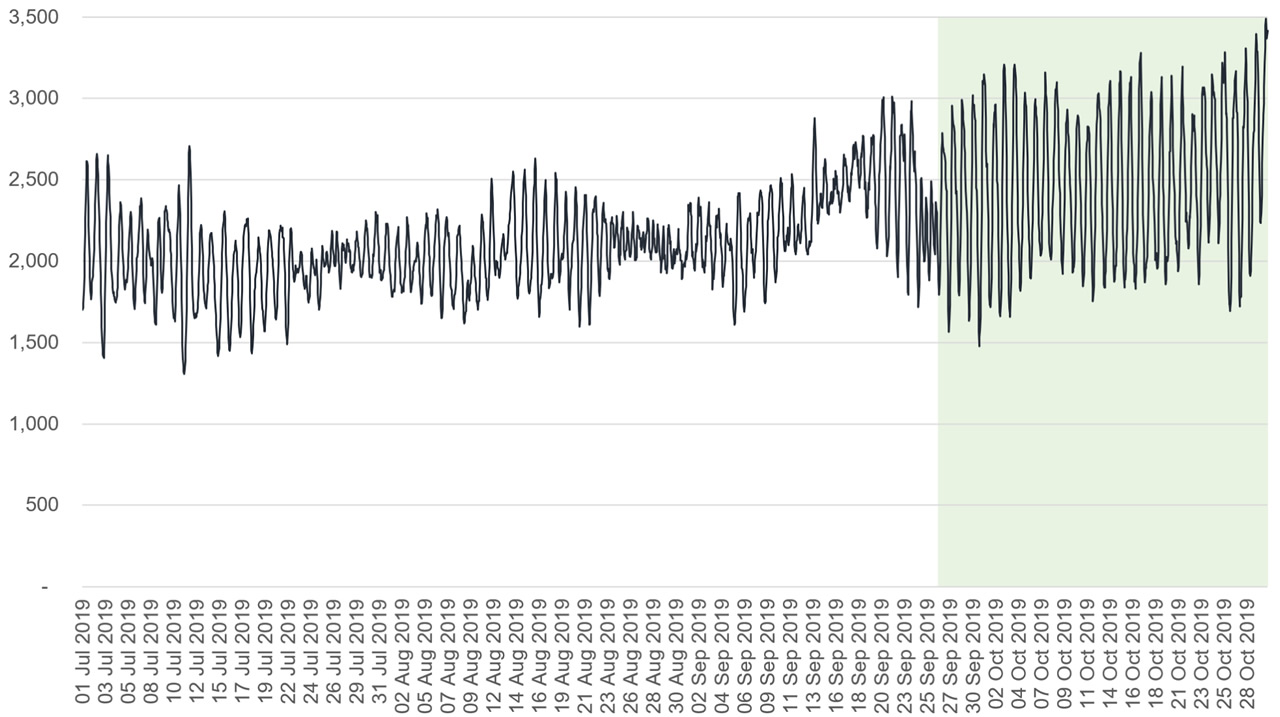 Recently, some people have noticed that the fluctuation of the bitcoin cash hash rate is significantly higher than the normal level, causing the block time to change more than expected. As shown in the above figure, the fluctuation of the hash rate seems to increase around the beginning of October 2019. It should be noted that considering that we calculate the hash rate based on the block time, this is a random and dynamic process, so we need to determine whether the short-term change of the hash rate is random, or whether it is caused by the actual change. challenge. However, we believe that the data is reasonably convincing. In our view, this volatility may slightly reduce the reliability of the network payment in certain periods, but this is not a big problem.

In October 2019, we conducted a basic analysis of the difficulty of Bitcoin cash, the block timestamp, and the time our nodes received the Bitcoin cash block.

As shown in the figure below, the fluctuation interval of Bitcoin cash does appear to be larger than Bitcoin. 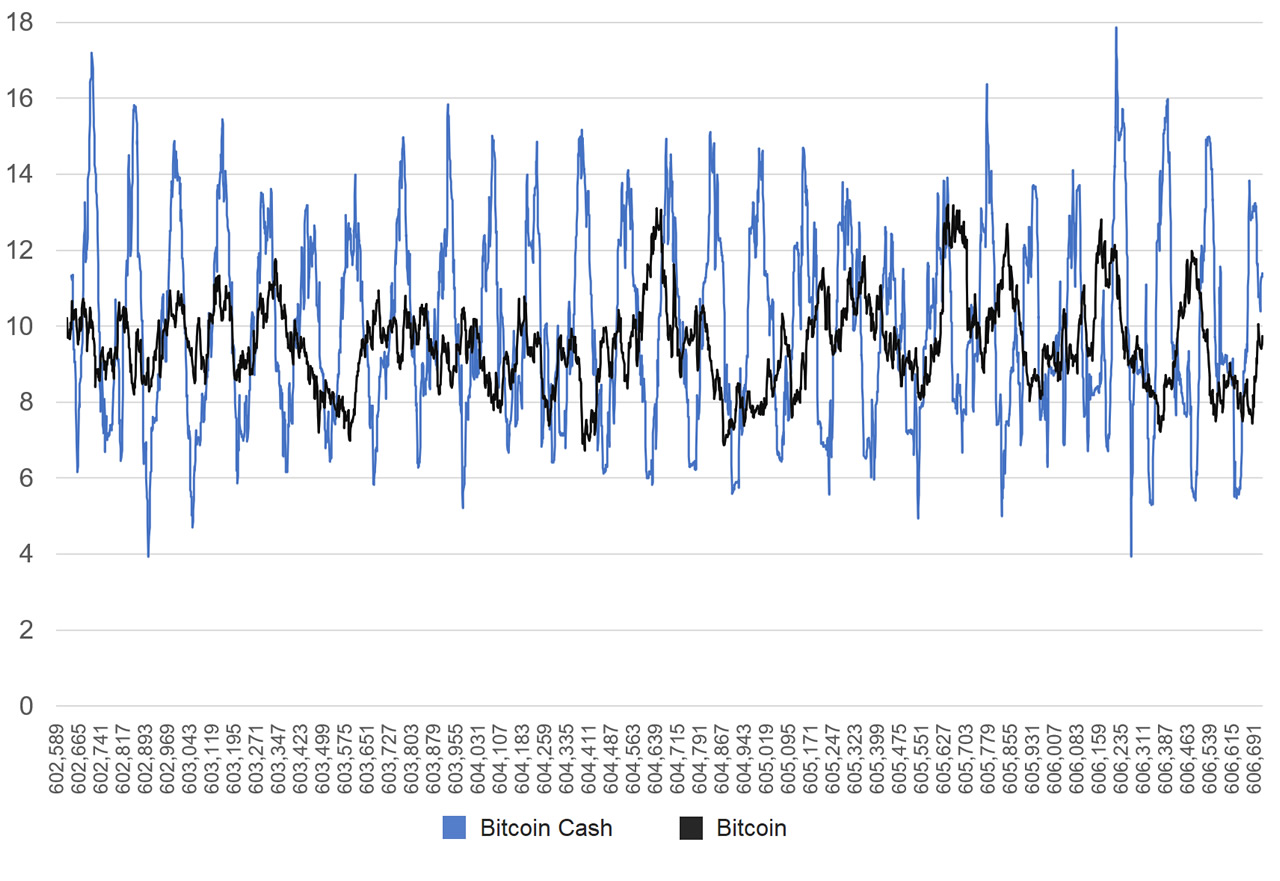 (Note: The x-axis is the block height of Bitcoin cash, and the time interval for Bitcoin increase is the same for 29 days before the end of October 29, 2019)

Not only is the bitcoin cash interval between blocks seem to be more unstable than bitcoin, the peak is higher and the valley is lower, and its randomness seems to be smaller, with peaks and valleys being more regular. Data may have some form of periodicity, which may mean manipulation, but we have not found any direct evidence. On the other hand, the randomness of the data means that the chart may appear to be periodic, but this may be an illusion. Please note that Bitcoin cash difficulty is adjusted for each block, so the adjustment algorithm should not cause such periodicity. Also note that the rolling period of 50 blocks is chosen to maximize the peak and valley values, so the chart may slightly magnify the problem.

There is no evidence to prove the cause of this phenomenon

We also analyzed the time interval between the block timestamp and the time when the local system clock showed the received block, and again looked for the difference between the pools in order to obtain evidence of manipulation. Maybe you can take advantage of the potential 8.3% vulnerability mentioned in our article yesterday. But no direct evidence was found. The unknown mines performed on average, with timestamps earlier than our system clock of 0.48 minutes.

The chart below continues to compare our local clock observation timestamp interval and compare Bitcoin and Bitcoin cash in an attempt to visually identify any violations. They seem to show that bitcoin timestamps are generally more consistent with our local clock and that the time interval fluctuates less. This may simply indicate that Bitcoin has a more powerful peer-to-peer network than Bitcoin cash, and that the block breeds faster, without any malicious manipulation of the timestamp. 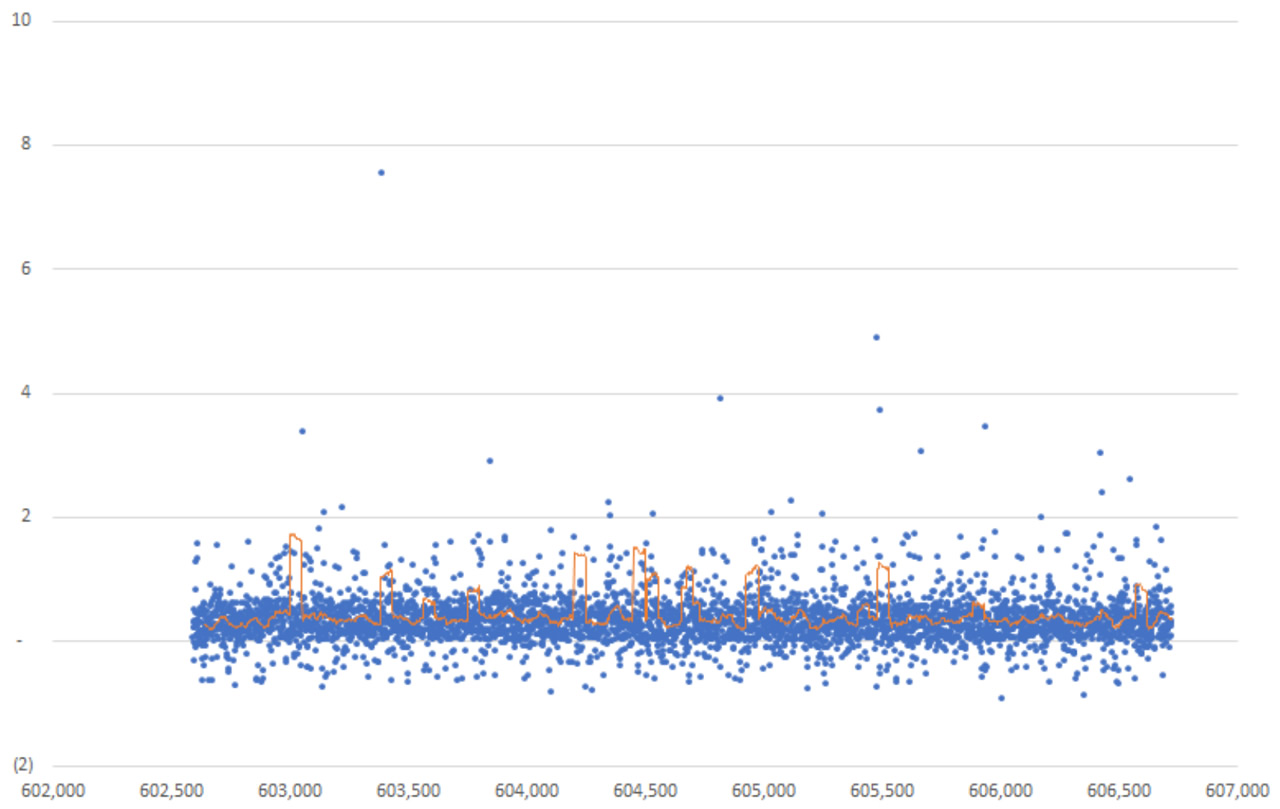 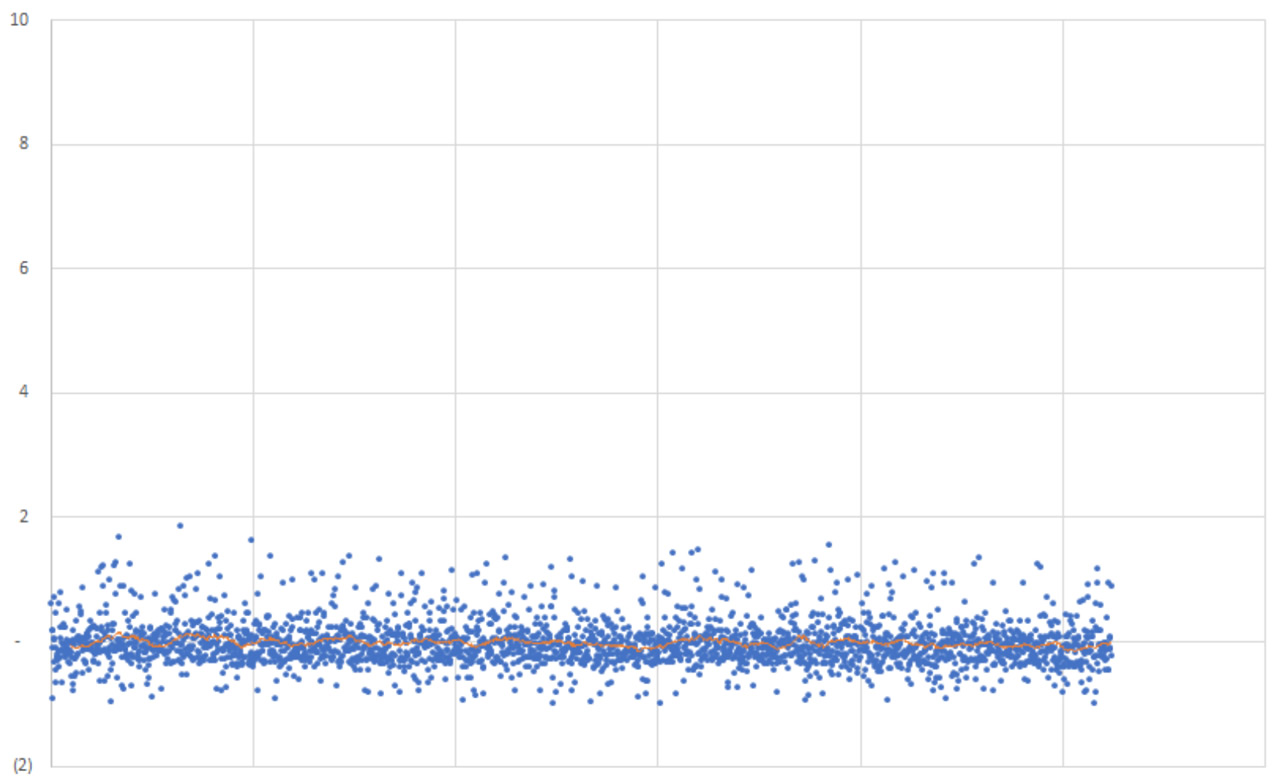 We can't find any evidence to manipulate timestamps or other malicious mining strategies. Bitcoin cash is a minority hash rate currency, so it may make the hash rate more unstable. Explicit periodicity may be caused by the lag of automated systems used to mine the most profitable coins, or some other more benign factor.

To solve the potential problem of bitcoin cash hash rate volatility, a hard fork may be required, and the currency has been planned to perform a hard fork upgrade within a few days, but does not include fixes for the above problems. All fixes may require a lot of development work and analysis/discussion before they are deployed. Therefore, it is impossible to repair in the short term. However, this issue may not be so urgent.

As for Bitcoin cash, we may consider resolving this issue, and we recommend considering the following proposals:

1. Consolidation mining – As we explained earlier in November 2017 , enabling mining with Bitcoin mining can increase the stability of bitcoin cash mining, but some people in the Bitcoin cash community may be due to bit The attitude of the currency is not so friendly and still unwilling to adopt this approach. We believe that this hatred will dissipate over time.

2. Two-week adjustment period using Bitcoin – Bitcoin cash can be restored to a two-week difficulty adjustment system with fixed bitcoin. This may not solve the problem completely, but it may be a simpler solution.

As of now, the issue of increased volatility in the Hash rate does not seem to be urgent, and it only lasted for a month. At least for us, the apparent increase in volatility in October 2019 is still an unsolved mystery. However, if this situation persists, or if there are specific reasons that become apparent, it may need to be resolved.

Blockchain products of Zhidu shares fall in and out