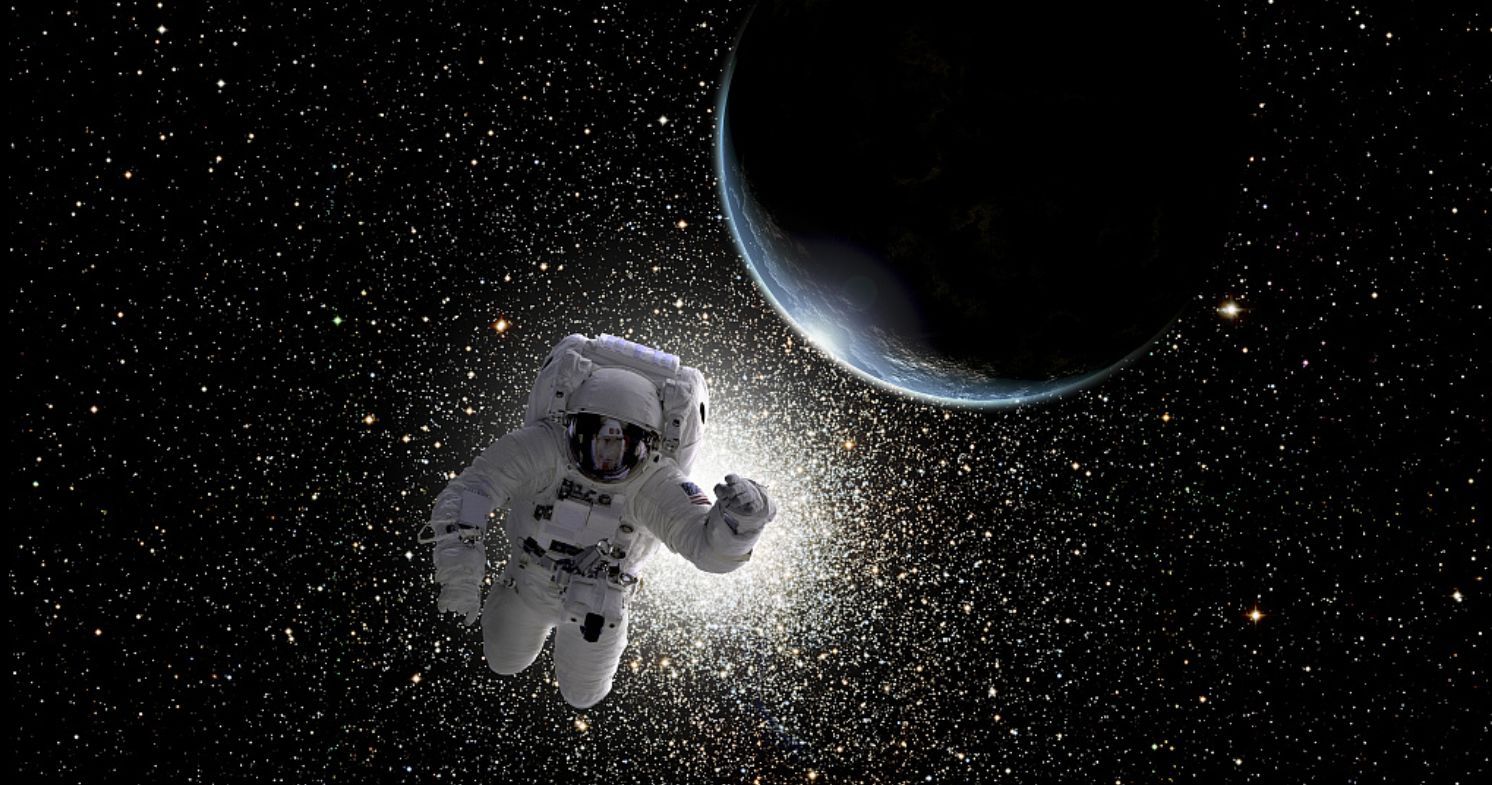 In 2015, China proposed the concept of “Internet +”. Later things, we all know, Internet + Catering = US Mission, Internet + Traffic = Didi, Internet + Travel = Ctrip… "Internet +" gave birth to a series of excellent Internet companies and products, and profoundly changed each of us life of one person.

On October 24th, our leaders emphasized that the integration and application of blockchain technology plays an important role in new technological innovations and industrial changes. Leaders also pointed out that it is necessary to explore the use of "blockchain +" in the field of people's livelihood.

The "blockchain +" era has arrived! On the one hand, it is the theoretical bottoming, on the other hand, it is practice first. The story of “blockchain+” has already happened. 哔哔News attempts to present the real status of the industrial blockchain by tracing the blockchain + various industries and asking the voices of the industry blockchain practitioners. This article will talk about five industries: finance, justice, energy, agriculture, and public welfare.

Credit is the core of finance, and the decentralized trust mechanism of the blockchain is naturally applicable to the financial industry. The blockchain has developed very rapidly in the financial sector. Part of the blockchain technology business scenario has gradually moved from proof of concept to business practice, including supply chain finance, cross-border payments, asset securitization, and securities settlement.

The first test of the blockchain is supply chain finance. It is understood that in August 2017, Zheshang Bank launched a receivables chain platform based on blockchain technology, which allowed receivables to be circulated in the upstream and downstream of the supply chain, effectively revitalizing the accounts receivable of the enterprise and realizing “districts”. Blockchain + Supply Chain Finance" pioneering innovation. In addition, not only traditional banks, some private banks, Weizhong Bank, Suning Bank, etc. have also increased their investment in blockchain technology.

Behind the breakthroughs made by these banks is the support of a number of blockchain technology companies. Founded in 2014, Yunxiang is a pioneer in promoting banks to try in the blockchain field. The cloud-based blockchain products have covered trade finance, financial asset transactions, digital deposit certificates and other businesses, providing blockchain services to a number of banks such as Industrial and Commercial Bank of China, Bank of China, and China Postal Savings Bank.

Huang Butian, founder of the cloud-like blockchain, said: “The industrial blockchain has arrived, which will lead to a more open development model among financial institutions, and cooperation will be closer.”

In addition, in terms of cross-border payments, the blockchain also shows tremendous energy. Banks in various countries can greatly reduce the cost of cross-border payment by jointly building a ledger. In the recent interview, Wanxiang Xiaofeng said that the inter-bank information network (IIN) launched by JPMorgan Chase in 2018 saved the middle and backstage costs and increased the proceeds of in-transit funds through the blockchain, and the revenue increased by 7 billion US dollars.

The combination of blockchain technology and the financial industry will inevitably create more and more business models, service scenarios, business processes and financial products, which will completely change the development of traditional financial formats.

On June 28, 2018, the Hangzhou Internet Court publicly pronounced a case concerning a dispute over the infringement of the information network communication rights. This case was of great interest at the time, because the blockchain technology of this case used blockchain technology.

The blockchain technology behind this case is supported by Hangzhou Qinhuang Technology's security network, which was founded in 2016 by a group of early blockchain entrepreneurs.

Yu Xueyu, CEO of Digital Technology, introduced to News, the addition of the blockchain, so that the notary office, the appraisal center, the law firm, and even the court can participate in the data recording beforehand. This kind of pre-existing online intervention greatly reduces The cost of rights protection.

Going deep into this blockchain company, we learned that it not only has mature blockchain products, but also has a very stable business model. It is understood that Digital Qin Technology's 2018 revenue exceeded 20 million yuan, 70% of revenue from the security network.

The profit point of the security network is to provide the B-side with the benefit of the uplink service of accessing the blockchain certificate; the second is to carry out the original authentication and charging of the data through the chain in the process of data verification or certification. At present, the revenue of the security network mainly comes from the uplink service. 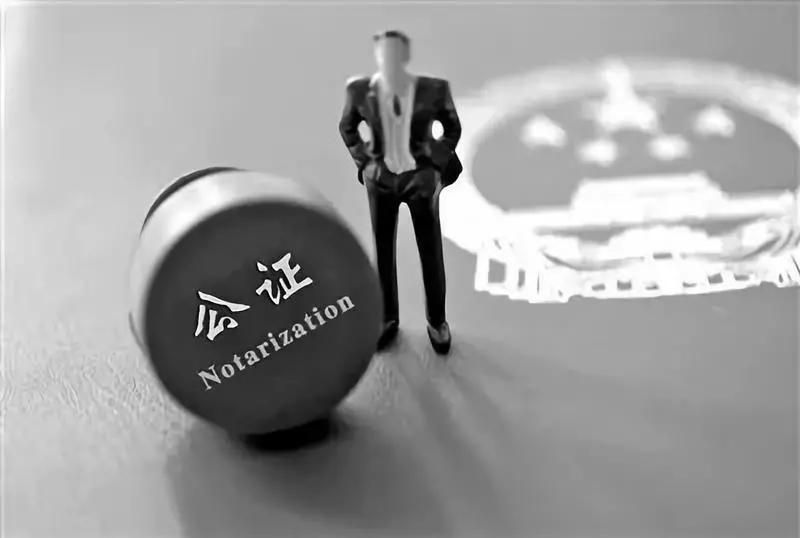 Yu Xueyu also analyzed the opportunities and challenges of Digital Technology. “The challenge of Digital Qin is the surge in complexity and diversity of business needs, and the demand for technical talents has increased. But at the same time, blockchain is an early technology. Direct feedback at the commercial level is not effective, so there will be problems with rapid market expansion, but low business profit margins. Opportunities are opportunities where we can reach out more and demand standardized services based on these needs. The platform, and the underlying infrastructure of the service, will precipitate different blockchain scenarios onto a more efficient underlying platform, enabling a truly inter-domain connected blockchain ecosystem."

Earlier, the Tencent Research Institute released a report saying that the Supreme People's Court led the construction of the "linkage chain" of electronic evidence, which has broad prospects in the field of intellectual property, and even in the civil and commercial fields. In addition, the blockchain can be used for judicial criminal cases and so on.

Cao Yu is the chief strategy officer of China's first blockchain energy laboratory. He is also the first person in the world to propose "blockchain + energy." In 2015, when the National Energy Administration made an energy Internet action plan, he ran all over the world in blockchain sales companies.

The goal of the energy industry's application of blockchain technology is to provide a fully decentralized energy system. The rise of new energy sources, including photovoltaics, wind power systems, energy batteries, etc., are inherently distributed and coincide with the spirit of the blockchain. 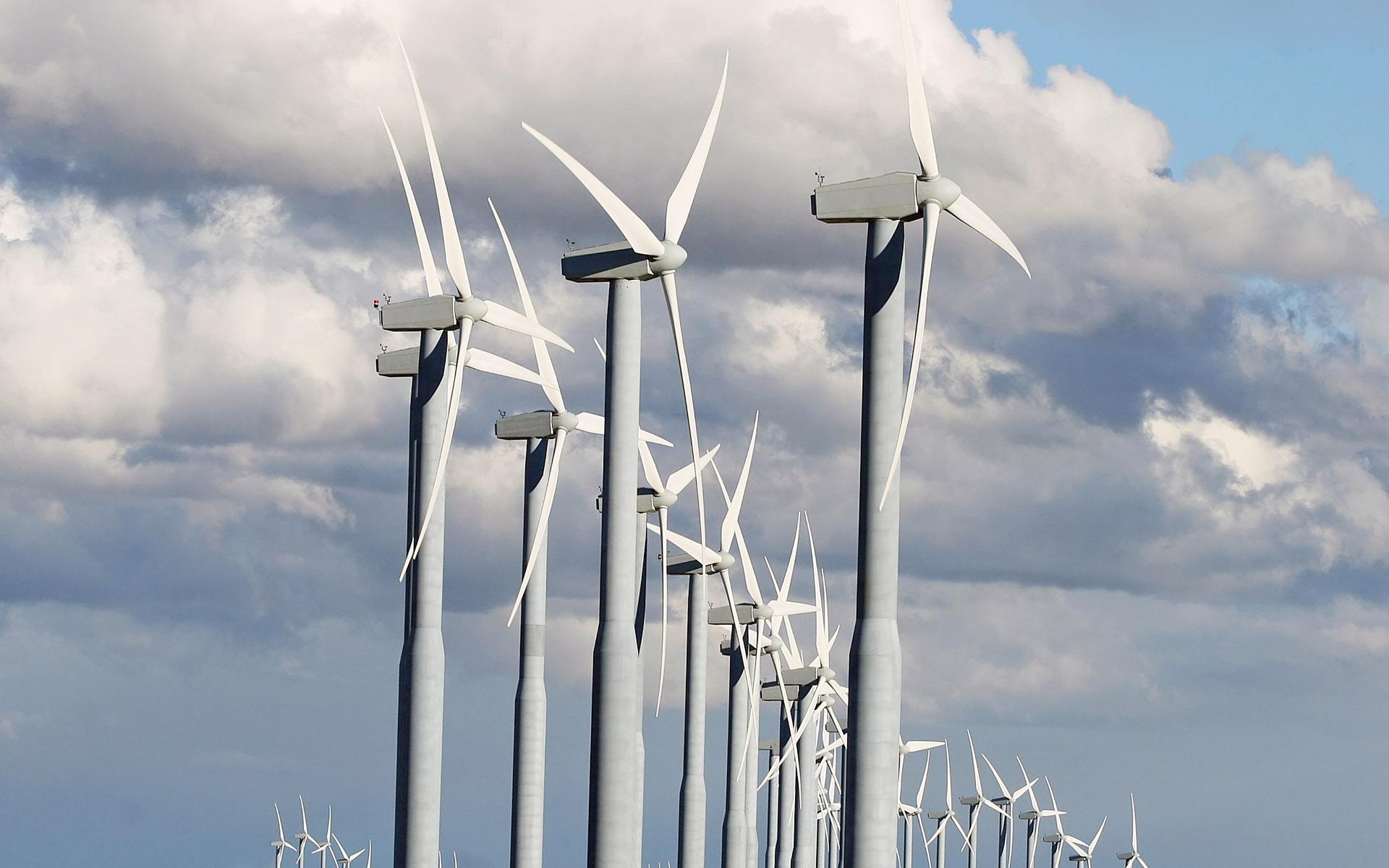 Energy supply contracts can occur directly between energy producers and consumers, and blockchains give consumers and producers a higher degree of autonomy. Therefore, blockchain technology has shown strong application prospects in the energy field.

Cao Yu preached that there are currently four business models for energy blockchain:

Second, the point-to-point transaction of energy, you can sell the electricity on your roof to the neighbors, through the chain to settle.

Third, carbon reduction can register carbon emissions through the blockchain and then trade on the chain to ensure that each kilogram of carbon dioxide is true and traceable.

China's energy blockchain is currently in its infancy, but it has been exploring.

In November 2017, China's power grid submitted a patent application entitled “Method and Device for Power Trading Control and Control of Blockchain” to the State only Bureau of Property Rights;

In April 2018, the State Grid Corporation's science and technology project "Application Research of Blockchain Technology in Energy Internet" was held in Hangzhou;

In the face of policy opening, Cao Yu felt deeply. "The biggest advantage of policy opening is to promote the corresponding power industry, such as power grid companies and local regulatory authorities, to recognize the importance of blockchain. We originally pushed blocks to grid companies. Chain technology is very difficult, and it needs to be with them. What is the blockchain? It needs to let them actively cooperate with the business scene. But this time the policy has been developed, the local power grid companies and regulatory authorities are very eager to stay with us. In-depth cooperation in the application of blockchain technology." 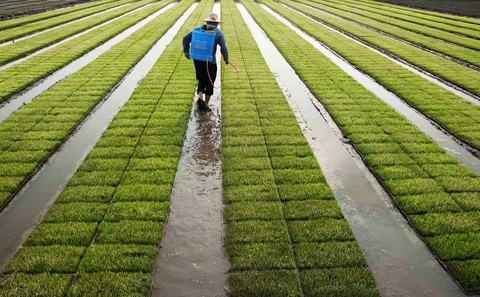 Ma Lei, CEO of Zhongnong Traceability, once told reporters that they have been moving bricks. The market has a deep misunderstanding of the blockchain, and traditional investment institutions are not optimistic about them.

"Blockchain and the real economy: redefining the digital economy" author Sun Hang used "the most cutting edge and the most traditional" to describe the wonderful combination of "blockchain + agriculture". Because agriculture is the primary industry, he first introduced the analysis article of “blockchain+agriculture”.

He analyzed the possible business models of “blockchain+agriculture” by dismantling the four types of entities involved in the agricultural supply chain, including growers, consignees, resellers and consumers.

The first link is between the grower and the consignee. The main role is to lock the buyer and seller's order contract to reduce the breach of contract and redundant trust costs;

The second link is between the consignee and the reseller. Mainly through the market information chain, to reduce the doubts of the consignee on the false price or ability of the dealer to avoid the frequent replacement of partners due to the trust crisis, thereby reducing the cost of circulation of agricultural products in this link;

The third link is between consumers and the entire agricultural industry chain. Mainly through the key data in the processing and production process of agricultural products, and through the approval of relevant authorities, so that ordinary people can eat safe food.

Sun Hang also added that the current blockchain and agriculture are more in the third scenario, the first two scenarios are less. However, he also mentioned in the article that the order of the three “blockchain+agriculture” is likely to be “receiver-dealer>grower-receiver>consumer-full industry chain”.

In fact, after the Central Politburo collectively learned blockchain technology, attempts to “blockchain+agriculture” are also intensifying. Ma Lei, who traced the source of Zhongnong, has also become busy. Many of the previous hesitant cooperations have progressed smoothly. They have signed many traceability contracts and have begun to cooperate with the digital agriculture centers of many governments.

After the experiment was successful, in March 2017, the “Alipay Love Donation Platform” introduced blockchain technology in an all-round way, and all donation data was on the chain.

Alipay's first test of water in the blockchain + public welfare has also won a huge reputation and popularity for Alipay. Stanford University's top journal, Stanford Social Innovation, reported this year that Alipay is a pioneer in the use of blockchain technology for public welfare.

In addition, in October 2017, Tencent also made new explorations in the blockchain + public welfare. Tencent Trusted Blockchain Research Institute launched the “Public Welfare Tracing Chain” platform, through the collection of multiple tracing agencies and websites. Into the blockchain, the data sharing of some domestic tracing public welfare projects has been realized, and the efficiency of tracing operations has been improved.

"Blockchain +" is not yet to be continued

The story of “blockchain+” is still being staged. Some people are telling a new story, some are making new demands, some are making renovations in the old world. The new world is full of imagination and full of unknowns, but this is a new era.

Behind the “blockchain+” is the power of the rise of new technologies, which is taking us to a new life.

Observation | The story of…

One article about Ethereum's "Ice…

The number of Bitcoin derivatives regulated by CME fell by nearly 6.2% in December 2019, indicating a decrease in investor activity in December 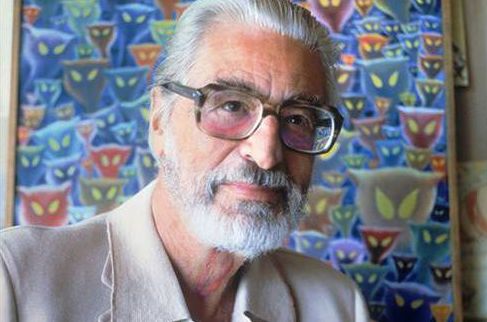 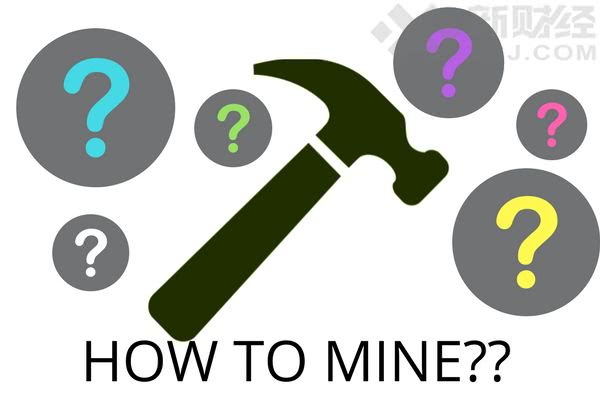 The data shows that in the past 24h, CME bitcoin futures trading volume is more than 90 million US dollars higher than the currency security transaction volume.

Today’s panic and greed index is 14, and the level of panic is increasing.