In the past two weeks, the most hot concept of the entire A-share market is the “blockchain”.

Since October 25th, after the blockchain has become an important breakthrough for independent innovation of core technologies, the blockchain concept stocks have skyrocketed.

Fancy hot spots have become a common choice for many listed companies. One-sixth of the A-share companies were exposed to “existing links” with the blockchain, and 3,470 investor questions were directly related to the blockchain.

Under the hype, chaos breeds. Some listed companies said that they are exploring the blockchain business. Before that, they jointly launched the mining products. The price of the coins plummeted 99% in one year. Some companies were arrested and could not stop the stock price limit.

However, if you want to make blockchain technology take root and benefit the real economy, you may have to choose another path.

After October 25th, the blockchain concept made A-shares crazy.

On October 28th, nearly 100 blockchain concept stocks opened at an instant limit, with access to tens of billions of funds. According to some surveys, more than 500 listed companies in the entire A-share company claim to be related to the blockchain, accounting for one-sixth of the total A-share companies. 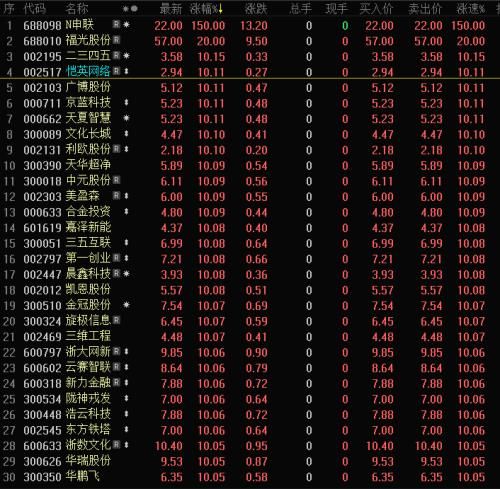 Take Lexin Medical as an example.

“Does the company have research and application blockchain technology?” On October 27th, an investor consulted the GEM listed company Lexin Medical on the interactive platform “Interaction Easy” of the Shenzhen Stock Exchange.

"The company will be based on the main business, actively respond to national policies, and constantly explore new applications such as blockchain technology in the medical and health field, business models, software and hardware technology solutions, to provide the driving force for the company's long-term stable development." The heart medical response said.

Stimulated by this news, Lexin Medical has a daily limit for three consecutive trading days.

However, to what extent is this true?

Lexin Medical was established in 2002 and is mainly engaged in medical equipment. It was listed on the Shenzhen GEM in 2016. Its most well-known products are the smart bracelets, weight scales and blood pressure monitors of the “Lexin” brand.

How does a traditional enterprise that specializes in medical devices explore the blockchain? Not only investors, but the Shenzhen Stock Exchange is also deeply suspicious.

On October 29, the Shenzhen Stock Exchange sent a letter of inquiry to Lexin Medical, asking the latter to disclose the investment in the blockchain laboratory, the progress of the project, the research results and the impact on the company's production and operation.

In fact, this is not the first time that Lexin Medical has announced “exploring the blockchain”.

A year ago, in March 2018, Lexin Medical announced the establishment of a laboratory jointly with the blockchain enterprise Qi Keyun (Beijing) Blockchain Technology Co., Ltd. to promote blockchain technology.

The next day, Lexin Medical has a daily limit.

Soon, the Shenzhen Stock Exchange sent a letter of inquiry to Lexin Medical, asking Lexin Medical to disclose the purpose of setting up a laboratory.

"The two sides hope to accelerate the application of blockchain technology in the fields of chronic disease, sports and health management through the establishment of blockchain research laboratories," Lexin Medical said in response to the inquiry letter.

However, in these high-profile announcements, Lexin Medical has shied away from the core content – Lexin and hacker cloud cooperation, launched a bracelet with mining features.

This bracelet is a selling point for walking mining and collar candy, and even directly appears in the advertisement words "biennial return" and other violations of the "Advertising Law".

The bracelet can mine, and it will inevitably involve assets such as digital currency. The assets produced by the music mining bracelet are the BAIC of the hacker cloud, and its currency price trend is as follows: The happy mining of the bracelet is an important channel for many people to enter the BAIC, and they have become the victims of the zero-coin BAIC.

So, can the blockchain hotspots really bring business growth to Lexin Medical? The answer is obviously no.

Lexin Medical announced in March 2018 that the company has received orders for 1,400 mining bracelets since February 2018, with a sales amount of RMB 120,800.

In addition, the company will launch high-end blockchain watches with integrated digital wallets in the second half of 2018. The company's blockchain laboratory can be "expected to contribute 15-30 million yuan in sales to the company."

However, this blockchain watch, which was released a year ago, has not been released until today. According to the announcement released by Lexin Medical recently, Lexin Medical spent 5.8 million yuan to study the blockchain in 2018, but did not receive any income.

Despite this, Lexin Medical has taken the limelight from the blockchain.

Jointly cut the leeks with the project side, and then become the hot spot of the blockchain concept stocks. Lexin Medical can be described as the double harvest of the currency market and the stock market.

In fact, in the A-share market, listed companies have a lot of ways to block the hot spots in the blockchain.

It was the simplest and most rude means to announce the early cooperation with a blockchain company on the first trading day after the speech of the national leader.

This is the case with Jihong.

This is a color printing packaging manufacturer specializing in the design, production and sales of color printing packaging. In the morning of October 28, Jihong shares suddenly announced that the company had signed a strategic cooperation framework agreement with China Fortune on October 25, and the two sides will cooperate in the blockchain field.

When the news came out, Jihong shares won the daily limit at the opening of the day.

Similar to Jihong, another listed company, Jingu, also announced on October 28 that it announced a strategic cooperation agreement with Jianan Yuzhi on the 27th to establish a joint venture company and use blockchain technology to realize vehicle maintenance and repair. Record and trace the source of the accessories.

Meiyingsen, a packaging material research and development company, has always been the “hot spot madman” of A-shares. On October 25, Mei Yingsen issued an announcement announcing that the company has made initial progress in producing artificial meat from industrial hemp seeds. On October 26, Mei Yingsen announced that it would participate in the Zhejiang Oracle Super Code Technology Co., Ltd., and lay out the blockchain field. In response to the question that industrial cannabis should not be used for food addition, Mei Yingsen responded that the company's artificial meat products use the product of industrial hemp and hemp seed shelling, “Huang Ma Ren”, which does not violate national regulations.

For the participation in Oracle, Mei Yingsen said that the company's share of Oracle shares accounted for 10% of its share capital. Oracle's profit margin is small, and its impact on the company's net profit is also small.

Under the carnival, there is also a ridiculous scene:

However, on October 25, the company announced that the company’s chairman, Jin Feng, was arrested by the Shanghai Public Security Bureau for alleged insider trading.

Feng Xin, the chairman of Storm Group, was also arrested on September 2 by the Shanghai prosecutor for the crime of bribery and job embezzlement by non-state staff.

Obviously, such stocks are unlikely to have room for continued growth.

A blockchain statistics found that from October 25th to November 8th, on the Shenzhen Stock Exchange interactive platform, there were 3,470 investors asking questions, all related to the blockchain.

At the same time, the stock price change of the blockchain concept stocks also attracted the attention of the regulatory authorities. In the same period, the Shenzhen Stock Exchange issued a total of 32 inquiries and letters of concern to listed companies, of which 9 were related to the blockchain.

On October 25, after the US stock market opened, the blockchain concept stocks strengthened. The Chinese stocks surged 107.8% to US$4.82, the biggest one-day gain since listing, and the stock price rose to a seven-month high.

In Hong Kong stocks, blockchain concept stocks have seen a decline and a second rise.

The blockchain concept stocks such as Yuanzheng Technology, Tongcheng Holdings and Xiong'an Technology fell after reaching the recent stock price high on October 28. The biggest declines were 33%, 43% and 39% respectively.

However, on November 6, affected by the Hong Kong Securities Regulatory Commission's regulatory rules for virtual asset exchanges, the Hong Kong stock blockchain concept stocks were once again pulled up to the same level as October 28.

In the two weeks, many blockchain concept stocks have begun to show weakness and even a sharp correction.

Among them, Stormwind Group, Cultural Great Wall and Tianguang Zhongmao ranked the top three in terms of decline, and the stock price fell by 44%, 37% and 29% respectively.

What's more, such as the Great Wall of Culture, has been investigated by the Securities and Futures Commission for suspected information disclosure violations.

After the carnival, a number of blockchain concept listed companies began to carry out risk warnings.

In the inquiry letter issued by the Shenzhen Stock Exchange in relation to the blockchain, a number of listed companies indicated that the blockchain technology is still in the development stage and has not had a material impact on the company's operating results.

In the face of blockchain hotspots, investors should remain calm and not blindly follow suit.

Bitcoin in the eyes of a US Navy: Controlling the commons means controlling business, and the digital world is a larger commonplace than the high seas.

Academician Chen Chun's article: The blockchain industry ecology can only be stable if it has strong supervision