3. How does Coinbase view the security of Workload Proof (PoW)?

4. Why the next "half" of Bitcoin may not rise as it did last time.

5. Why is large-scale adoption really important?

This is a must-see article for marketers. It can be that those who want to learn marketing blockchains can help marketing, or they can be marketers in the blockchain, want to learn narrative or cryptocurrency brand development. The article mainly proposes the word "Headless Brand", and I named it "decentralized brand".

Traditionally, brands are often directly planned and designed by companies, and the rise of online media has challenged the consistency of brand identity in centralized management. The new decentralized organization based on blockchain has taken this step further by providing users with economic incentives to spread their brand narratives. We introduce the concept of decentralized branding to explain the community-driven brand dynamics of projects without centralized management. We describe some of the elements of the decentralized brand's entire lifecycle from formation to adoption and propose strategies to maintain brand coherence.

Web 1.0 and 2.0 network technologies eliminate the marginal cost of disseminating ideas and push the power of narrative forms to the network, leading to the chaos of real-time social media brand dynamics and the cohesiveness of influencer marketing. Similarly, the emerging ownership and contribution models in Web 3 pose a threat to brand cohesion and provide opportunities for community coherence.

Bitcoin has many powerful brand features, including amazing stories of origin. However, no one or entity is responsible for maintaining this story. Bitcoin is what we call a decentralized brand. Although Bitcoin is named after a visionary founder and gives visual identity, Satoshi Nakamoto chose to keep the pen name and has now completely disappeared from the public. All subsequent brand collateral (visual assets, messaging, positioning, etc.) are created by the community stakeholder group. This has become the driving force behind the development of the Bitcoin brand.

Although Bitcoin's core contributors have had an impact on Bitcoin's narrative, there are millions of other stakeholders, many of whom make meaningful contributions to the brand. Nic Carter's Bits of Bitcoin describes the evolution of the Bitcoin brand proposition: from e-cash to anti-censorship value storage (SoV) to hedging financial assets. These stories often conflict with each other, but each story contributes to Bitcoin's overall brand image. Or, we can say that there are many different bitcoin brands that contribute to a broader brand awareness. Importantly, all of these stories are driving new market dynamics and new market segment buyers.

The Bitcoin ecosystem can be divided into several ideological camps. Despite political differences in many respects, the common goal of uniting these minimalist organizations is to trigger a hyper-bitcoinization event and possibly replace the fiat currency with a single non-state alternative: bitcoin.

All in all, Bitcoin's brand transfer has three main characteristics: 1) Bitcoin is unleased, completely lacking a centralized entity trying to control the existence of its brand; 2) its decision to define the protocol design is constant; 3) Its users are financial stakeholders and workers in the network, and they will all benefit from the increasing use of the Bitcoin protocol. The user's economic interest in the agreement creates the motivation to spread their own version of the Bitcoin story. If the brand is a consensus system, Bitcoin will constitute multiple narratives that will converge on a single Shering point: the dominant BTC chain. The choice of protocol design, especially the governance model, directly affects the coherence of headless brands.

We are moving from a centralized, bureaucratic value creation company era to a decentralized, de-licensed value creation network era. As the organizational model changes, the intangible cultural products produced by these new institutional forms will also change. Brands, stories, viral spreads, we now choose our own leadershipless beliefs.

This is a blockchain strategy booklet made by the German federal government. It is very interesting. You can find out the direction of the German blockchain policy. I chose the blockchain section of him, and I believe this part is the best part of the panther.

1. Stabilizing and stimulating innovation: blockchain in the financial sector

The federal government's goal is to open German law for electronic securities.

The federal government will publish a draft legislation to regulate cryptocurrency.

The federal government is experimenting with a blockchain-based energy facility and mass connection database.

The federal government will introduce sustainability-oriented requirements as an important decision criterion for implementing state-funded or state-initiated blockchain projects.

The federal government is piloting blockchain-based digital identities and assessments

The federal government will conduct a series of dialogues on blockchain technology.

The Coinbase blog posted a long article explaining their two propositions about the security of the Workload Proof Encryption (PoW) cryptocurrency. Interestingly, they are in the second claim to negative comments on Monroe.

The first claim: the main application of mining hardware is mining, which is the main guarantee for the security of a token.

Once a large amount of computing power exists outside a token, it will pose a security threat to the token. If the hardware owner has other applications outside of mining that can profit from his hardware investment, the negative consequences of destroying the token blockchain are minimal.

Once the token is involved in a simple non-ASIC algorithm, it allows a large amount of general computing resources to be mined throughout the world, but it is possible to arbitrarily destroy a cryptocurrency. Therefore, tokens that have implemented the "anti-ASIC" algorithm are vulnerable to 51% attacks. Anti-ASIC tokens that were attacked by 51% include BTG, VTC and XVG.

The only way to prove that hard tokens substantially reduce the risk of attack by 51% is to make mining a major application for mining hardware. The tokens mined with general purpose hardware (such as CPU and GPU) are actually missing this primary security feature.

No algorithm can prevent ASICs, but only ASICs. Anti-ASIC capabilities will only increase barriers to entry into the ASIC market. This has led to a greater degree of concentration of mining hardware manufacturing.

Monero's regular algorithm has been adjusted. This strategy underestimates the ability of talented hardware designers to quickly integrate functionality into chip designs. Skilled chip designers can almost certainly master a development process that can be combined with any model that Monero does to inevitably develop workload proof changes. This will force a small group of highly protected Monroe developers to try to hide their algorithmic plans with high-risk, highly confidential cat and mouse games and provide a huge economic incentive for any member of the group. It violates this trust and leaks information circles to chip makers. The criticality of the group's decisions and the extreme trust in them are not a good feature for a world currency, and it can be said that the resulting centralization risk is more serious than the risk of miner concentration.

This is the suspicion of the next bitcoin halving and currency relationship written by Coindesk researcher Noelle Acheson.

Technically, halving is not a “fundamental” event, because from a traditional investment perspective, halving does not represent a value driver. “Basic” in asset analysis refers to variable but quantifiable functions that drive valuations, such as profit, market size, and balance sheet.

Some industry insiders suggest that if halving would reduce miners' profits and force many smaller mining companies to exit the market, competition tends to concentrate and suppress price increases to kill small competitors.

In traditional markets, price is rarely a function of supply. It is more affected by demand, and the supply demand model does not take into account demand. In the absence of a well-established and extensive basic use case (large-scale adoption), the demand for the cryptocurrency market is largely driven by storytelling.

Why is large-scale adoption really important?

This is an article about the importance of cryptocurrency as a payment medium and the large-scale use of merchants. It is mainly from fans of BCH. Articles such as paying stories are rare after the bull market. kind.

When the cryptocurrency is growing and seeing more and more merchants adopt it, a feedback loop is initiated. For each additional known merchant accepting tokens, each token received by the holder is definitely the utility and power of the token, because another person believes that the token has a value, signal, This token may be useful. As a result, tokens receive tangible value: every other member of the ecosystem brings the following additional investments: money, goods and services, time and effort. And they increase the network effect of tokens. Encrypted currency merchants are taking risks, but it is also possible to benefit from other people entering the ecosystem, thus completing the feedback loop. Please note that withdrawing merchants from the ecosystem can also compromise the value and network effects of tokens, thereby reducing feedback. 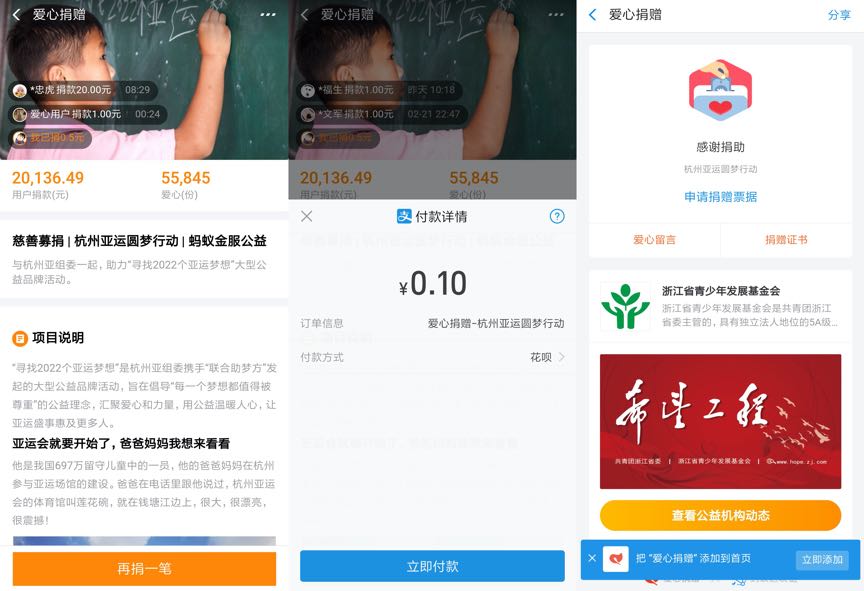