In 2017, I was just an office clerk tired of working nine to five. At that time, I was mad at Netflix. One day, I spent $4,700 to buy a bitcoin and started a wonderful trip to 20 countries in a year. My family and friends said that I was crazy. In fact, I didn’t know that Bitcoin could soar to $20,000… In late August 2017, an architect from Portland, RR Hauxley, bought a bitcoin for just over $4,700. He tried to use only this bitcoin to support his plan for a year. World Travel.

On September 1, he set off. From China to Ethiopia to Denmark, he went to 20 countries. 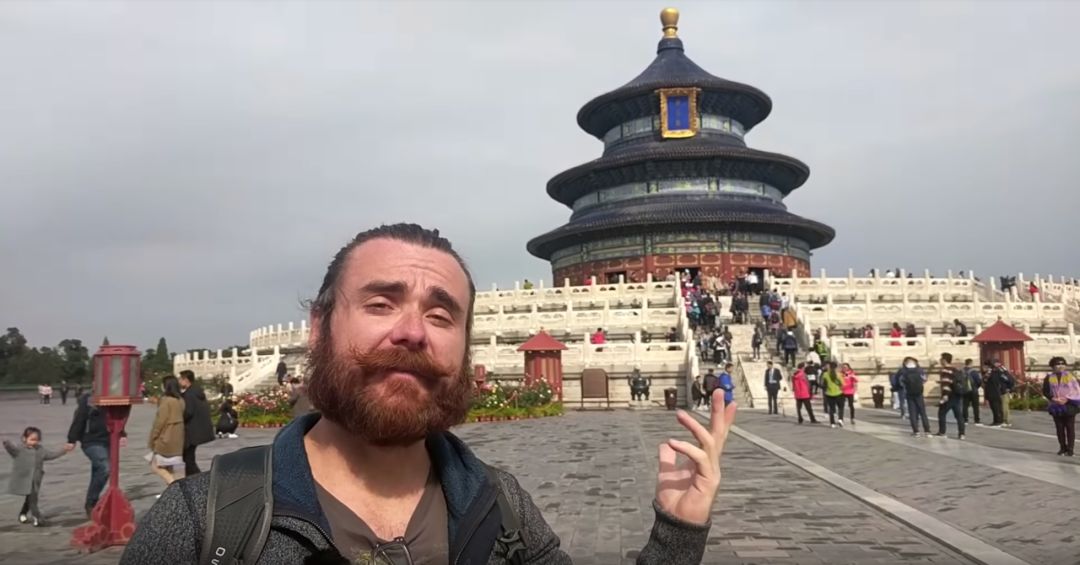 Now, he is considering a documentary about the round-the-world trip. He said that he might even make a series to show us what he saw and heard during the bitcoin bull market from the end of 2017 to the beginning of 2018. .

In addition, a book he wrote about this adventure, "Stolen Wallets and Where to Buy Them," will also be published this summer. 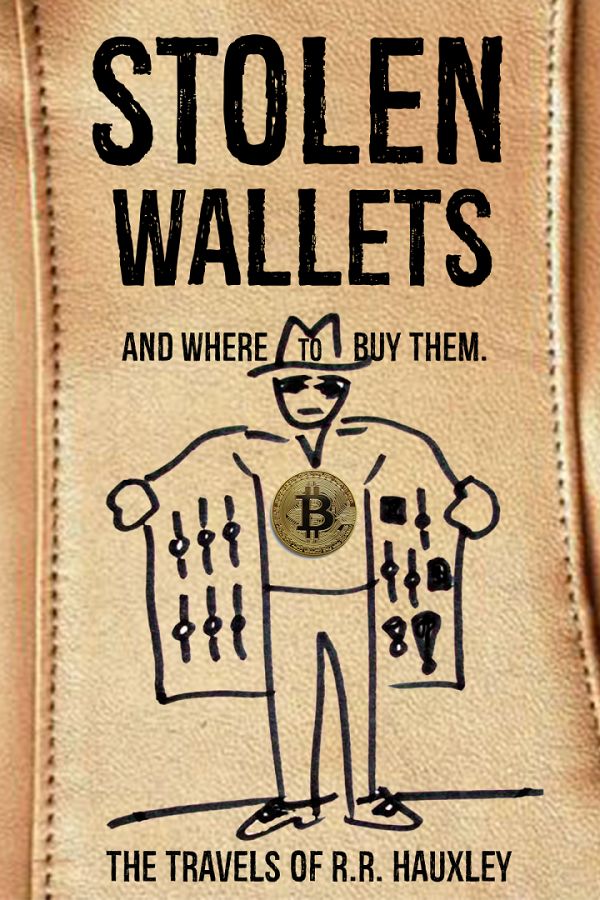 Recently, 31-year-old Hauxley spoiled a lot in the interview. For example, he and Ethereum founder Vitalik Buterin and bitcoin fanatic John McAfee, and a bitteco-friendly strip club in Bangkok.

You never imagined that before Hauxley began his global trip, he didn't know anything about Bitcoin, just out of curiosity. "I have not been optimistic about Bitcoin. I have been denying it. I think Bitcoin will gradually lose its heat due to government supervision, especially when the "Silk Road" is closed and the Mentougou Exchange is hacked and closed. I think Bitcoin Live is not long. But it is very strange, until 2017, it has not died! ” Hauxley believes that "bitcoin is not dead" must have a reason , which aroused his curiosity, he wants to figure out. So, a few days later, he participated in an offline meeting of the Bitcoin community in Portland, actively interacting with the people on the scene to find the answer to the question. Hauxley not only had in-depth communication with several field experts. I also saw a lot of interesting people. Obviously, at the meeting, Hauxley's worldview was completely overturned by the strange ideas of these people .

But Hauxley still doesn't believe in bitcoin . "Maybe it's just the case in Portland, people in other parts of the world will have the same thoughts as me."

So Hauxley had the idea of ​​traveling around the world. He bought a bitcoin for $4,700 and started his adventure. 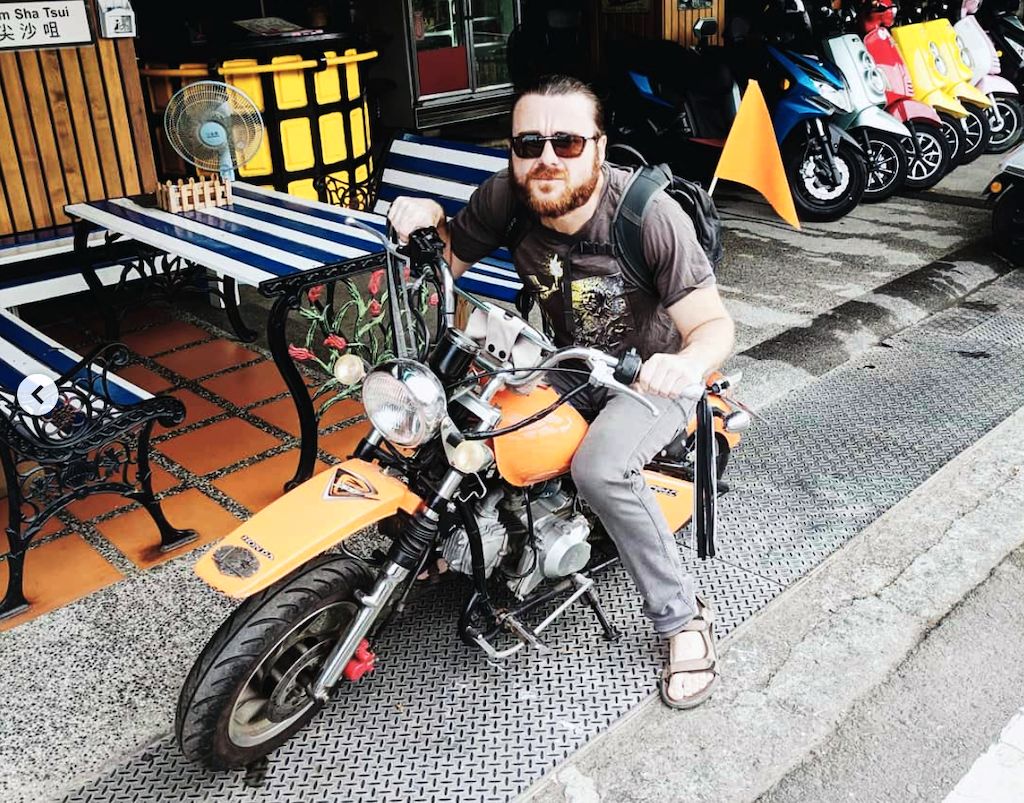 “From Hong Kong to Myanmar, from India to Ethiopia… I have been to more than 20 countries. At every meeting I attended, I can always see one or two very smart and highly savvy geeks. They have a lot of refreshing ideas."

As Hauxley said, can he really live in a foreign country for only one year with just one bitcoin?

"Almost, but in the final stage I was exhausted. Because I was so overwhelmed that I lost everything at a hotel and almost insisted on 365 days , which is a pity."

In fact, during this year's journey, Hauxley had many ideas for giving up the trip and going home for nine to five comfortable days.

“Many people have tried to rely on Bitcoin to maintain their lives. They can also find shops, hotels, etc. that accept Bitcoin, but for me, I found this to be unrealistic. No matter where it is, as long as it can be spent directly I am very willing . At that time, Hong Kong and Shenzhen in China were friendly to Bitcoin, but in other places, it was not so easy."

During the trip, Hauxley looked around for places that could accept direct bitcoin consumption, and also found hotels like Bionic Brew that accepted bitcoin payments.

At first, Hauxley could still use BitPay Visa, but BitPay Visa crashed a few months later. Therefore, in places where Bitcoin cannot be directly consumed, he has to solve the problem of food, clothing, housing and transportation in a foreign country by replacing Bitcoin with local currency. Fortunately, he can always find a place to redeem.

In fact, if Bitcoin only stays at the price of the original purchase (about $4,700), Hauxley will definitely not last long. However, Hauxley just caught up with the bitcoin bull market , and the price of a bitcoin was close to $20,000. This is undoubtedly a very good news. "Bitcoin has such value," Hauxley laughed.

Hauxley's life has improved a lot because of the soaring bitcoin price, and he started to enjoy some delicious food. 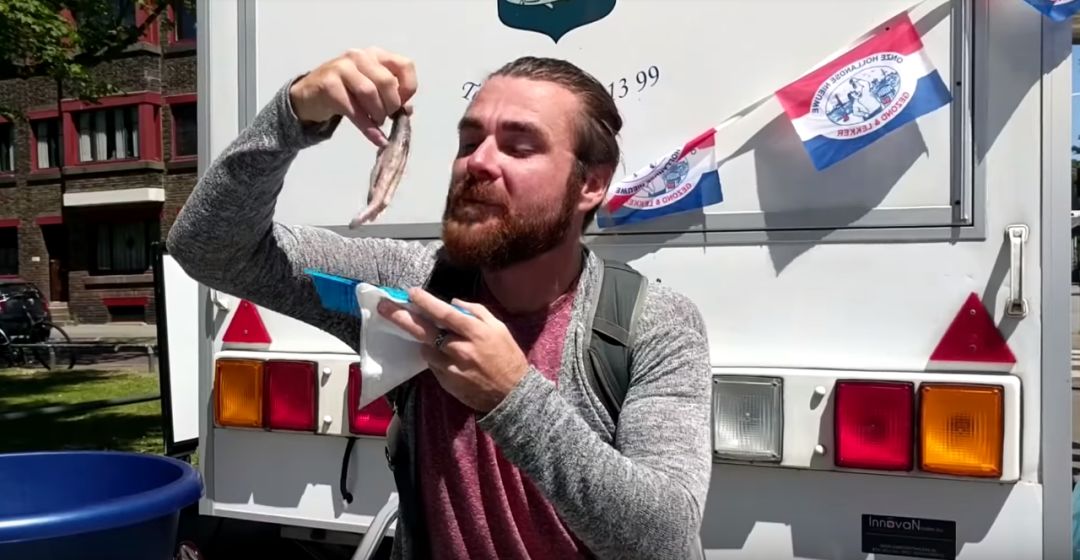 "At the time, my friends and family said that I was crazy because I tried to travel around the world for $4,700. They all thought Bitcoin was just a bubble and it would soon burst, thinking that I couldn't hold it for a long time, no one supported me . But It seems that this is still a challenging and interesting experiment ."

Speaking of the bull market, Hauxley also said that bitcoin fanatic John McAfee announced on social media that the bitcoin price will rise to $500,000 in 2020. "I was convinced at the time, because I wanted to receive the benefits of soaring currency prices."

But the days are not pleasing, and a few months later, the bitcoin price collapses, and Hauxley's standard of living has also dropped a lot.

When it comes to the occasional encounter with Ethereum founder Vitalik Buterin, Hauxley did not hesitate to praise this 20-year-old genius. 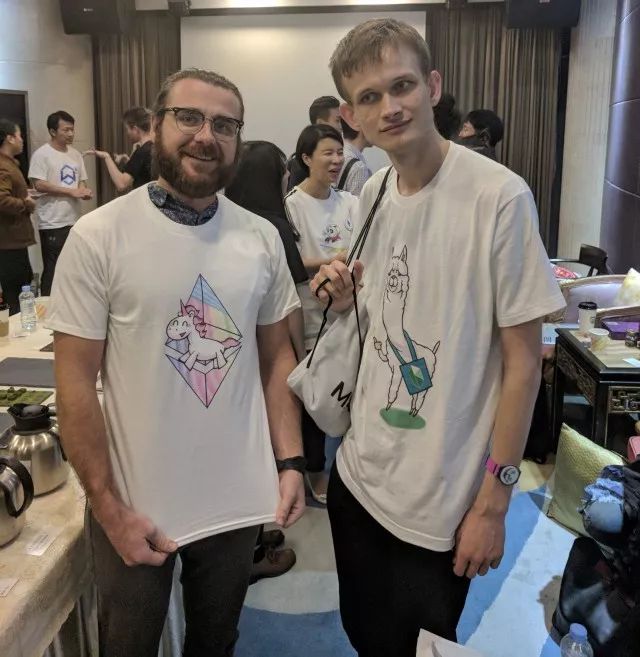 “ I met him in Shenzhen, China. I like him very much. He was giving a keynote speech at a technology sharing session to introduce people to Casper and how it works. I interviewed him and he conquered with a quick, fluent and perfect answer. I am. This guy put his wisdom and energy into the vision of Ethereum to become the world computer. He does not care about the price of the currency. Whether it is falling or rising, he will not give up Ethereum ."

And for another person, bitcoin fanatic John McAfee, Hauxley has a completely different impression. 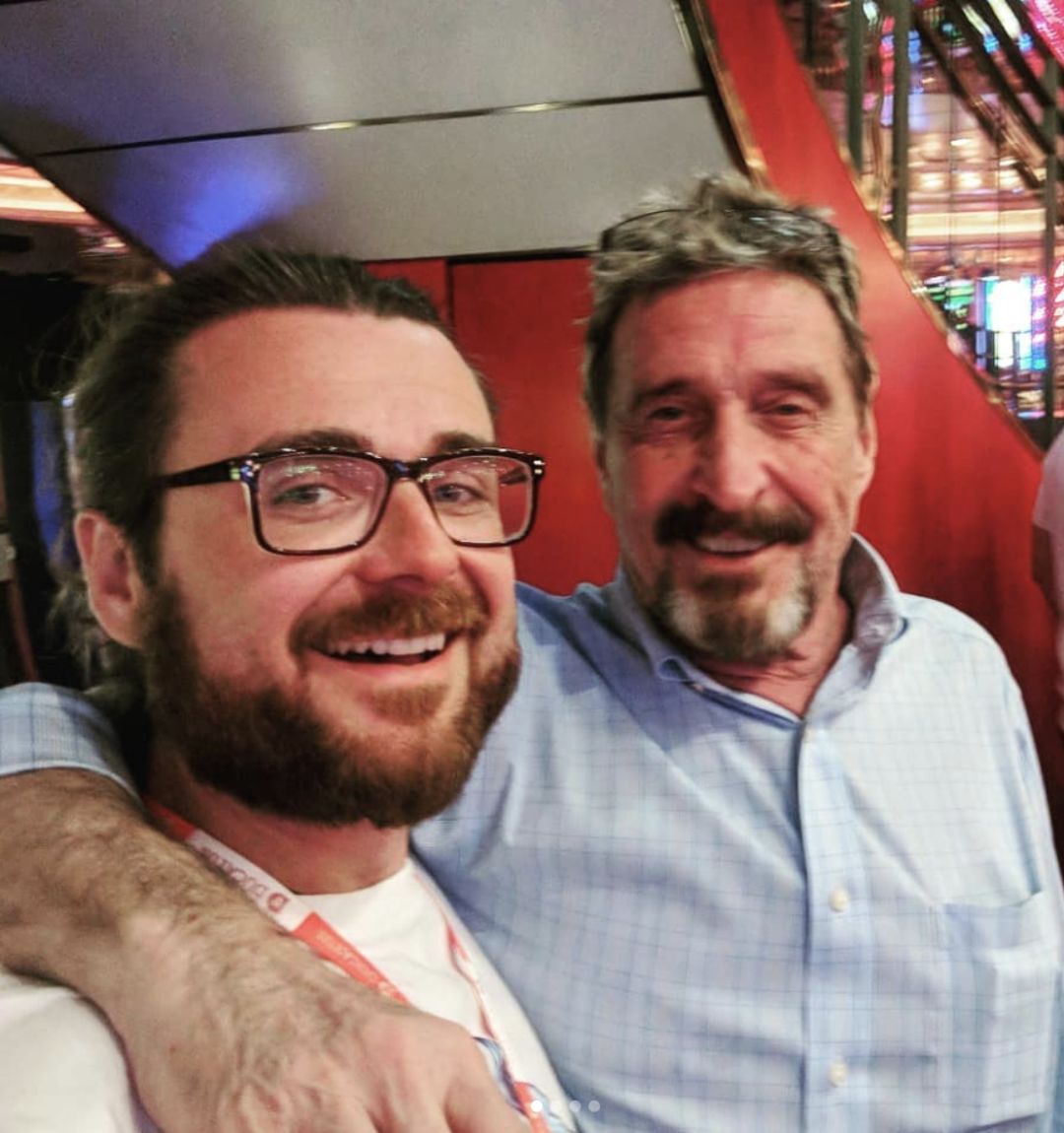 “I had a whisky with him and talked briefly. The media was condemning the mining industry, so I naturally talked about the environmental impact of Bitcoin mining, but John McAfee is a hopeless fanatic. Tell me that he will let the mining machine continue to run until the last polar bear drowned. Oh my godness, which makes me angry! But to be honest, the people in the currency circle have a set before the media."

I almost forgot about the documentary mentioned in the opening article. According to Hauxley, he has a 178-hour video material with tens of thousands of shots. He is considering making a series instead of just a documentary because the available lenses are actually Too much. But given the work and the fact that he has not raised enough funds, he has to postpone it.

In addition, Hauxley also revealed what he thought was the craziest thing in the entire adventure.

Something that happened was quite crazy and outrageous. For example, in Bangkok, Thailand, Hauxley found a bar that accepts bitcoin payments. After entering it, it was discovered that it was a strip club! Even more ridiculous is that when he looked around for how to pay in bitcoin, he was told that the payment code was on the stripper's lap, one accepting bitcoin and the other accepting bitcoin cash . Hauxley was shocked! !

When asked what good experience to share, Hauxley said, “Learn to hitchhike, have fun, don’t be robbed!”

" But I won't try again. I can count the number of times I sleep in a hotel that I am satisfied with one hand. But everyone can try it. It is an experience, just like John McAfee. As said, a bitcoin of 500,000 US dollars, who knows?"

From lightning network shopping to…

BTC prices are overvalued? What is the psychological price of institutional investors?

John McAfee: Is narrowing the scope of Nakamoto’s identity