There are a total of seven Twitter messages today.

1. The cryptocurrency media The Block

One of the most undervalued aspects of cryptocurrencies is that it creates huge revenue opportunities for people living in less developed countries.

There will be more income opportunities in the future, but the democratization of financial services is underway.

We are participating in the taproot BIP review. This seven-week project aims to increase understanding of schnorr / taproot (note: Bitcoin updates. Will expand the flexibility of smart contracts in the network and provide stronger privacy features) , attracting stakeholders to participate in Bitcoin consensus Develop and maintain the decentralization of protocol development.

Note: Square Crypto was founded by Twitter CEO Jack Dorsey, who is a supporter of Bitcoin. 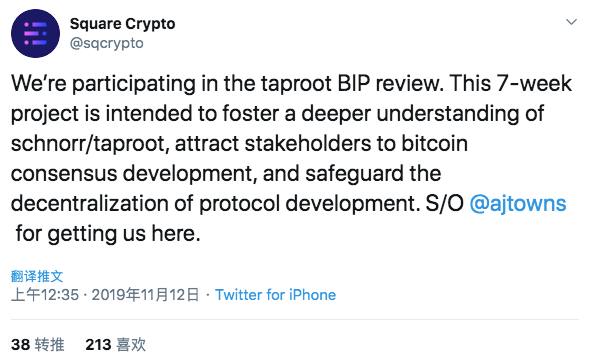 Yahoo Finance reported that Trichet said in a panel discussion at the tenth annual financial conference in Beijing on Sunday:

"I strongly oppose Bitcoin. I think we are a bit smug." "[Encryption] The currency itself is not real and has the characteristics that money must have."

Trichet served as the ECB President from 2003 to 2011 and previously served as the Bank of France for 10 years. He said that the purchase of cryptocurrencies "is pure speculation in many ways." “Even if [cryptocurrency] should rely on the underlying assets, I have observed a lot of speculation. This is not healthy.”

A rich man gives you $10,000. You can choose how to accept the gift from the following options.

But there is one place to pay attention: you must save the gift in the form you choose for 10 years without touching it.

In what form will you accept the gift?

What form would you choose? 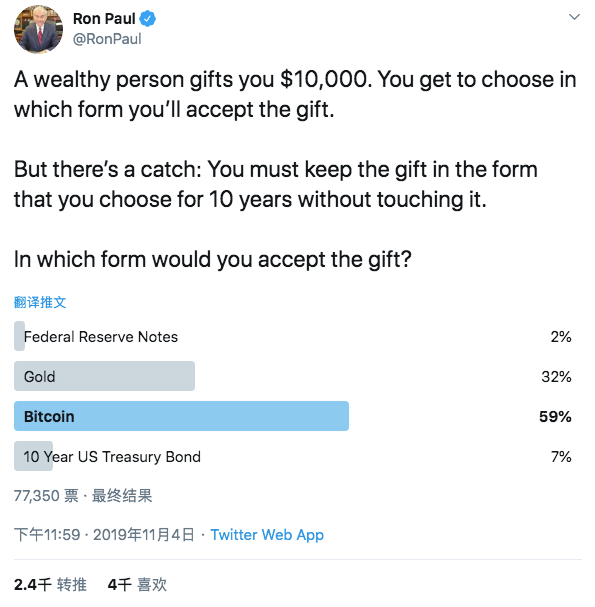 In the podcast The Scoop, former Nasdaq CEO Robert Greifeld said that when he was at the helm of NASDAQ in 2006, the speed of the regulator's operation made him feel overwhelmed. He says:

“At some point, I said a word, we can call the US Securities and Exchange Commission (SEC) to operate at an erosive speed, but this will be an insult to erosion. The result (things) is going at a completely different speed. Processing." 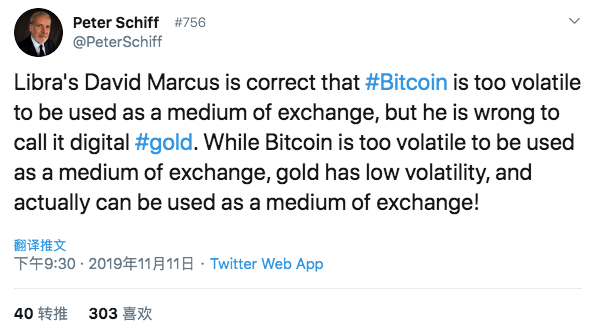 Author: In this Kwai @The Block Hub

Look at the cryptocurrency big Twitter, right in The Block Hub