The digital currency of the People's Bank of China has touched the hearts of countless people. However, the central bank's digital currency in the hot debate should be supported and encouraged by all walks of life, but it should not be overly touted.

Independence and objectivity are the basic professional accomplishments of financial commentators, and they are also the minimum requirements for Kai’s own.

Many media want to interview on this issue. Uncle Kai generally refused to swear, even at the expense of moving out the diplomatic rhetoric "not commenting on the hypothetical situation." In some occasions where the questions and answers cannot be pushed, Kay only made very careful inference and guess.

Regrettably, people like Kay Unknown are not to be seen.

Some people have begun to discuss how the central bank's digital currency will replace WeChat and Alipay, how to impact the existing business and banking system, how to achieve the internationalization of the RMB, help the “Belt and Road”, how to overpower Libra and challenge the US dollar hegemony. One night, the central bank’s digital currency became a “magic bullet”.

There are even more unscrupulous businesses, claiming that they and the central bank are cooperating on DCEP. Some agencies even use the name of the central bank to launch “DC/EP” or “DCEP” to trade on the asset trading platform in an attempt to conduct fraud and pyramid schemes. The central bank had to sue for many times in a row.

The fact that we have seen is that the central bank's digital currency has not yet been officially launched, and its launch has “no timetable”, and it is not necessarily technically blockchain. All the inferences are based on the words that the central bank officials have revealed on different occasions.

These pieces of fragmented information are pieced together, and all of them are gathered together to have only one of the following forms.

It is undoubtedly futile and harmful to make excessive speculations and hype about such clues. In this feast that was overly enthusiastic, the media and opinion leaders played a role in fueling the situation.

However, these statements are all blocked by the media and the organizers on the grounds that they are "out of date" and "politically incorrect." Uncle Kai heard the truth and indignation. When did it start? The analysis of calmness, objectivity and neutrality has no place to live. Is it to be "timely" and "politically correct"? Did the media’s festivals travel with the scallops of Zhangzidao?

The central bank can't stand it anymore and come out to clarify. On November 12th, at the 4th Singapore Financial Science and Technology Festival “Defining the Future of Digital Money” sub-forum, Deputy Director of the People’s Bank of China’s Payments Department and Director of the Digital Money Institute Mu Changchang said that the Chinese version of the central bank’s digital currency Non-targeting cross-border payments, unlike the “Morgancoin” for wholesale funding services, will provide more redundancy for China's already advanced electronic payment systems.

Obviously, the central bank's digital currency is not for the internationalization of the renminbi, nor will it affect the existing commercial banking system on a large scale. Many of the opinion leaders have been beaten up. Although the memory of the masses may be short-lived, public speech is permanent on the Internet. The slogan and rhetoric will be passed as a laughing stock.

In fact, the crowd is so overwhelming, but it has caused unnecessary pressure on the central bank . The central bank's digital currency system, which covers all aspects of the financial system, is not an easy task, otherwise it will not be delayed.

It is recommended that the central bank choose the machine system to announce its function and structure, and trace the source to the source. It can not only eliminate the pyramid scheme fraud, but also reduce the market expectation. Otherwise, let these touting speeches prevail, and continue to raise public expectations in the long run. I am afraid I do not know how to end.

It is better to stay calm than to expect it to be too disappointing. It may be a surprise. This is a sign of maturity.

For the central bank's digital currency, it may be more mature, calm and rigorous . 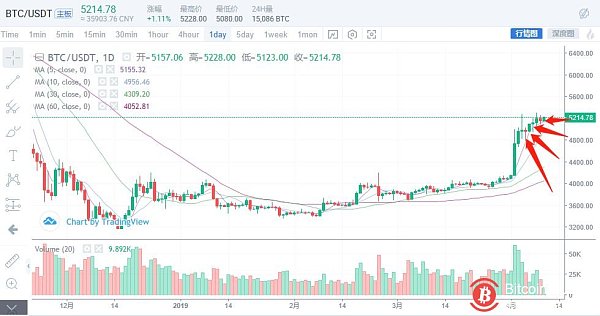