Foreword: This article is suitable for beginners to read. Is Bitcoin anonymous? Is there really 21 million bitcoins? Do Bitcoin have other units of measurement besides Cong and Btc? How much does it cost to attack Bitcoin? Is Bitcoin irreversible? Is Bitcoin produced out of thin air? If you are a beginner, there may be something you don't know here. The author of this article, ChingasX, is translated by the "MoChi" of the "Blue Fox Notes" community.

What you will learn from this article:

Bitcoin is the most popular and famous cryptocurrency in the world. Whether you read the newly released Bitcoin white paper in 2008, you still find it for the first time today. You should know about those things about Bitcoin.

Everyone has different depths of knowledge in the field of cryptocurrency. The content of this article may be repeated for some people. However, perhaps some of the content may not be known to you before.

Crazy fact #1: Bitcoin is actually considered to be pseudo-anonymous.

This may surprise some people. But Bitcoin is not really anonymous, but pseudo-anonymous. By its very nature, people can use, trade, and hold bitcoins anonymously without having to actually identify the information that is shared with the world. However, Bitcoin is running on the network, and people need to access it through the network, so it will be associated with the IP address, and even worse, it is also associated with the hardware MAC ID address. (Blue Fox Note: Bitcoin is more similar to the pseudonym system, its books are open and transparent throughout the world, can trace its flow)

The ledger is public and anyone can view the public wallet on the chain. As long as there is enough time, energy and usage patterns, one can track the wallet to the individual. Recall that the FBI and Silk Road (Silk Road: refers to the dark network, allowing users to use Bitcoin for transactions anonymously, its website was later destroyed by the FBI, the founder was arrested)

Users can also take steps such as using a new address for each transaction, confusing bitcoin in Mixer, and hiding the IP address with V PN. The perfect case for people to trace their wallet back to the holder is to post a donation address on the profile of the Twitter account. Of course, the picture of the profile is a cartoon character's avatar, not the real identity. Even so, the profile may be stolen by hackers, and then the registered email is found, so deep.

Crazy fact #2: There will be no 21 million bitcoins

Unlike the dollar or any legal currency in the world, Bitcoin cannot generate more bitcoin through inflation. The protocol written to the software limits the amount of bitcoin that can be mined. Due to the mining process, the required hashing power and the halving process, it is expected that the last bitcoin will not be mined until 2140.

In fact, according to the source code, Bitcoin will never really mine 21 million. The actual figures are 20,999,999.9769 bitcoins. Bitcoin is written in a deflationary model. It is the way to cope with and reveal the current financial system. It makes people see how bad the system is.

Are you confused? It's ok. Even if no one really follows the rules, Bitcoin and bitcoin are different, at least the larger "B" and lowercase "b" are different.

Capitalized "Bitcoin" usually refers to the entire Bitcoin network, ledger or agreement. This is the most common form of writing.

The lowercase "bitcoin" actually represents the use of the currency or the currency itself. This means that someone is sending "bitcoin" on the "Bitcoin" network.

Crazy fact #4: Between BTC and satoshi (Cong), Bitcoin has a unit of measure 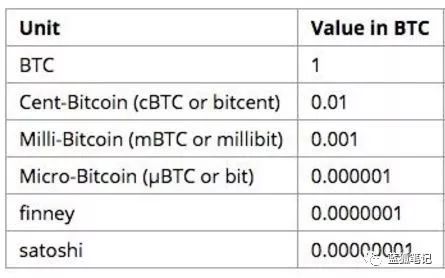 When you use Bitcoin as a payment method or to make a transaction or investment, you will hear the entire unit of measurement, which is Bitcoin or its smallest unit of measure, Satoshi (Cong), named after the author of the white paper.

However, there are some units of measurement between the two. They don't seem very relevant today, but they can be very common in the future, just like the ten cents and twenty-five cents in the dollar.

Crazy fact #5: No one knows who created Bitcoin

The only thing we know about the creator is that he is Satoshi Nakamoto. There are many speculations about who created Bitcoin, and I have been working hard to find this answer. There are even many people (mostly scammers) who come to the stage and claim to be Nakamoto.

Since the birth of the first block, the years have passed, and the true identity of Nakamoto is still a mystery. There is a conspiracy theory here, but the fact remains that there has never been a declaration based on facts. 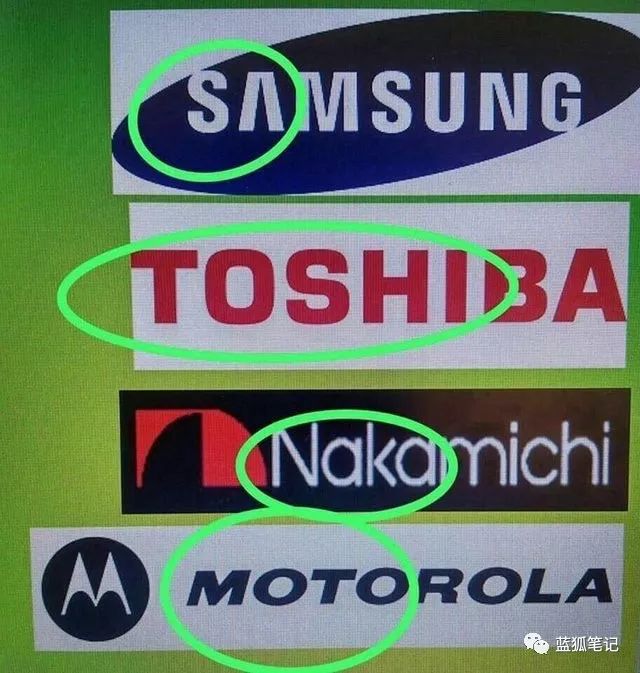 This is the source of Satoshi: Samsung, Toshiba, Nakamichi, Motorola?

Some people think that Samsung, Toshiba, Nakamichi and Motorala were all secretly established by mixing all the names under the pseudonym of Satoshi Nakamoto. Others believe that NSA and IRS already know the identity of Nakamoto, but never disclose the information.

Some people say that Nakamoto is a group of people. Others are hard-forked with code and claim to be Nakamoto. Regardless of how to guess or what to think, until today, based on the public information available, no one knows who Nakamoto is. Moreover, for distributed networks, no one knows that it is a better outcome.

Crazy fact #6 The first bitcoin transaction was to buy 2 pizzas with 10,000 bitcoins (at today's price, already over 80 million US dollars)

Historically, Bitcoin’s first actual commodity transaction was recorded as “Bitcoin Pizza Day”. Even though the two bitcoins from Papa Johns' pizza cost more than $80 million today, they only cost $40 in 2010.

The conversation to buy a pizza took place on the bitcointalk forum. In fact, the recipient of the pizza was asking someone to buy him a pizza and deliver it to him, paying with 10,000 bitcoins. Regardless of whether he knew at the time, this marked the historic moment of Bitcoin, which permanently converted a speculative digital asset into an actual payment method, allowing Bitcoin to exist as a currency. The impact of that night was so important, highlighting so much about Bitcoin. It is worth reading the book about how it grew from then on. From the record point of view, that day is May 22, 2010.

Crazy fact #7: More than 3 million bitcoins have been permanently lost

Bitcoin puts the responsibility back in the hands of the user. Stay away from third parties, stay away from banks, and stay away from middlemen. When you deal with Bitcoin, you are responsible for Bitcoin. If you lose your private key, it will be lost forever.

More than 18 million bitcoins have been mined so far and they are in circulation. It is estimated that at least 3 million bitcoins are lost forever. The loss may come from the early miners losing the private key, the new user not understanding the importance of the private key, losing it in a fire flood, or simply throwing it into the trash. No matter what the reason, without a private key, you no longer have Bitcoin.

The reason why Bitcoin is beautiful is partly because of its security. Based on the current network hash rate and the computing power required to solve bitcoin puzzles, it takes $1.4 billion to launch a 51% attack. It requires more than 2.5 million ASIC miners to do the job. Most importantly, it also requires more than $250,000,000 in infrastructure to accommodate these devices. From one perspective, the energy required for a year is approximately 29.3 Terawatts.

Unfortunately, there is no direct comparison between the Bitcoin network, the hash rate, and the world's supercomputing Petaflops floating-point operations, but we know that the bitcoin network's computing power far exceeds what the world wants. The stronger the network, the larger the scale, the safer it is, and the less likely it is to be attacked.

Some speculate that bitcoin networks are stronger than the top 500 supercomputers in the world, but the truth is that supercomputers and miners are totally different in measuring dimensions. The comparison between the two is beyond the scope of this article, just know that the Bitcoin network is super powerful.

The beauty of the Bitcoin white paper design is that it encourages miners to maintain and protect the network and maintain its good role as a network.

Going back to the topic of handing over the responsibility to the user, we have a deal. In theory, transactions on the Bitcoin network are irreversible. For the sake of brevity, this is true. When the first block confirms the transaction, it can be reversed or "cancelled", but once the block is confirmed to increase, the transaction is over. (Blue Fox notes: Generally 6 blocks confirm the end of the transaction, but in theory it can be reversed, as long as there is enough computing power)

Does this mean that you buy products with Bitcoin, and if the product is broken, you can't get Bitcoin back? Absolutely not. As today's creditors and banks do, they will initiate new deals and pay back to the original address. You can get back Bitcoin, except that it is a new entry in the chain and a new deal on the block.

Crazy fact #10: Bitcoin is supported by something (unlike the dollar) 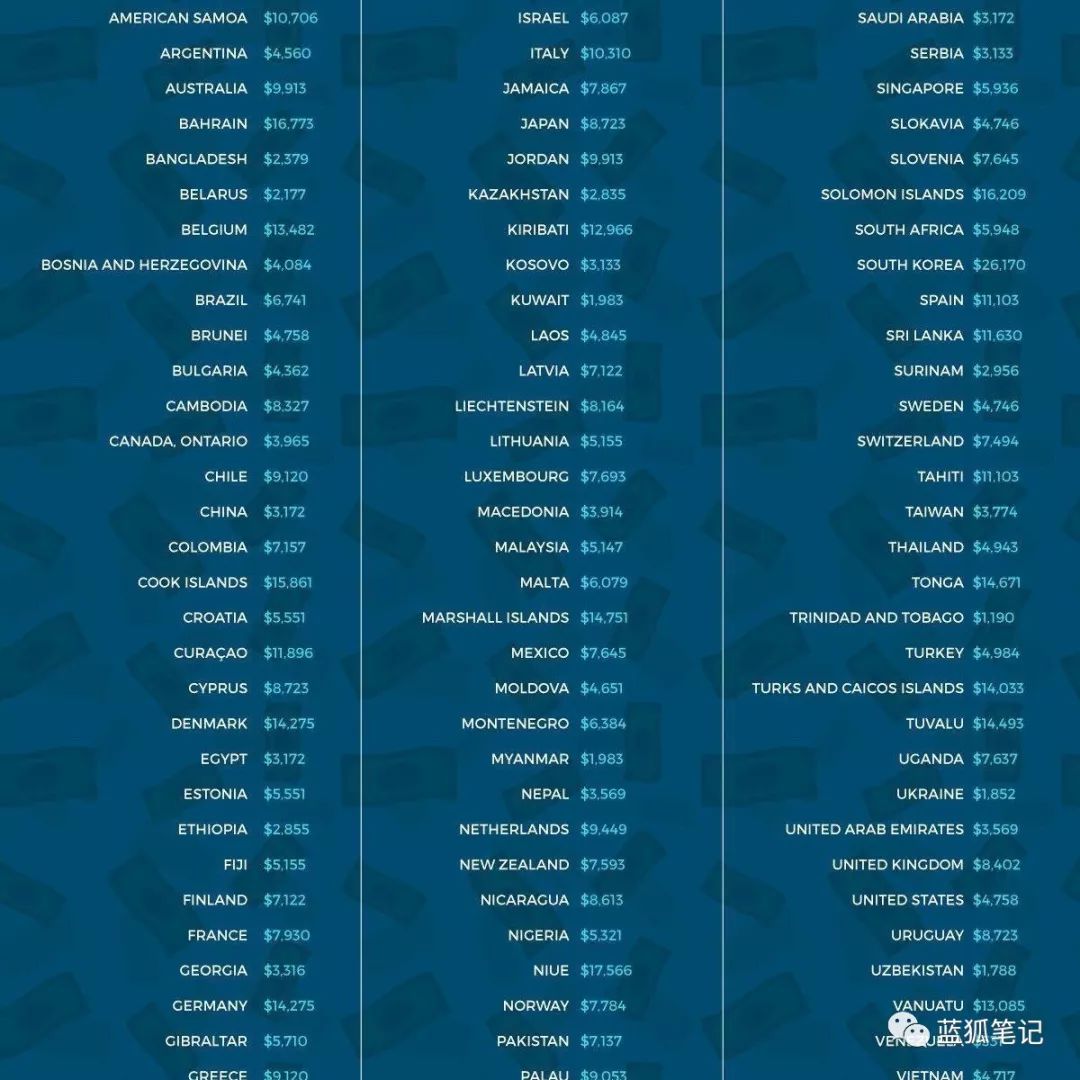 How much does it cost to mine a bitcoin globally?

For many billionaires who haven't spent five minutes to understand blockchain and bitcoin, there is a fact that frustrates them, that is, bitcoin is not “out of thin air”.

Instead, Bitcoin uses computer computing power to solve mathematical puzzles to compete for the next block. This process became mining, which is also the source of new bitcoin production. The new bitcoin is awarded to miners who are mining miners. Mining requires dedicated hardware, cooling, infrastructure, and a lot of power.

Depending on where you are, the cost will vary greatly, but the problem is that it costs money to produce it. Based on all of this, the average cost of producing bitcoin worldwide is about $3,000-4,000. To say that bitcoin is produced out of thin air, this suggests a lack of basic understanding of bitcoin and blockchain.

"8 questions" notice | The "burning point" of a blockchain entrepreneur came, and the tears and laughter of 17 entrepreneurs are here!