At present, the hottest "League of Legends S9 Global Finals" in the game circle has come to an end. With the fanaticism of fans, the champion finally fell to North America. The game's developer, North American Fist, has developed such a perfect game and has gone through some hard work.

So, how did the game achieve such a gorgeous turn from a simple entertainment? In the past few years, what good performance can the blockchain game have in it?

To answer these questions, let's first take a look at the history of North American game developers.

The game industry started with basic game consoles. The game console started in the 1970s and has accumulated a wealth of industry data. This data can be inspired by people who want to understand the game.

In the game console industry, there are two giants – Atari and Nintendo.

Atari vs. Nintendo, the war between the giants

In 1983, Atari's market value plummeted due to excessive saturation of low-quality games on the market (such as "ET Aliens").

If Atari is a loser, it may be overstated because it has achieved seven years of growth.

Atari's strategic decision was made based on the market background at the time. In order to win the platform competition, Atari had to open their systems and give control to game developers in case they switched to other game platforms.

To this end, developers have been authorized by most of Atari's games, such as the manufacturer Taito's "Space Invaders" and Namco's "Pac-Man". 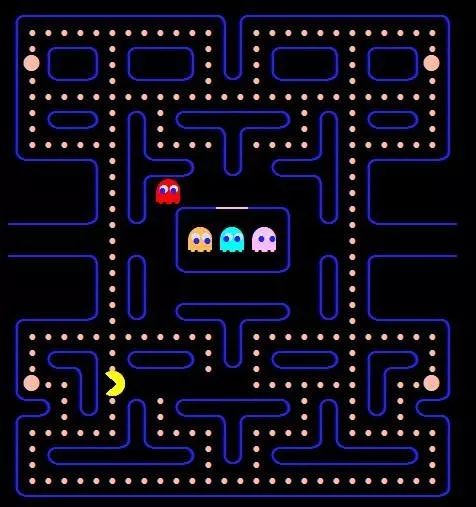 Despite this, helping Atari to quickly develop the network and win the platform competition, Atari lost control of the network.

So Nintendo did the opposite : a closed network of internal development content. The advantage of this approach is that Nintendo maintains control over the network, but at the cost of slow growth.

This strategy works because of several excellent games, such as "Golden King", "Mario" and "The Legend of Zelda." Nintendo uses these high-quality games to build a user base and then draw developers to their platform. In fact, by 1987, Nintendo's platform had very large powers, so that it had the harsh conditions for game developers. For example, production on the Nintendo platform requires pre-paid fees; up to five games are issued each year, and a two-year mandatory exclusive license agreement is signed with Nintendo.

Nintendo did this in order to maintain control over the quality of the network, and the developers agreed because Nintendo's network is valuable.

So why does Atari not do this? The reason is simple because they have no power. Developers will not accept these terms, and Atari will lose the battle for the platform. In addition, Atari has no internal talent to replicate the success of Space Invaders and Pac-Man.

Therefore, most of Atari's later game consoles are based on their classic arcade games, creating a sense of superiority that has also been "glorious."

Therefore, the key to Nintendo's success is not the content, but the construction of a better system in Nintendo.

The Nintendo Entertainment System (NES, commonly known as the Red and White Machine) and the Atari 2600 are the originators of the game console. Since the Atari 2600 was a few years earlier than the NES, we chose to study the contemporary products of the two companies: Atari 7800 and NES, both of which were released in North America in 1986.

The processor speeds of these two products are comparable, the 7800 has more memory and a faster graphics card, but the NES sound card is much better.

Although the parameter 7600 is stronger, the NES is powerful in that its memory management controller chip greatly expands the performance of the system.

NES's game cartridges have built-in games with more complex gameplay and better graphics and sound effects. The game experience is not possible based on the game console's body. Although adopting this architecture is a sensible decision, it also brings tangible benefits, but it does not bring about an order of magnitude improvement, so it is not a key factor in the success of the NES system.

When a new creative industry emerges, content is critical to the development of the entire industry, but as the industry matures, is content still important?

To answer this question, let's go back ten years ago and compare the Nintendo N64 with the Sony PlayStation (PS1).

Which of these two products is better? Until today, there are still many different opinions. But in terms of sales, PS1 lost N64 (PS1 is 102 million, while N64 is 33 million).

Although the Nintendo 64 has more powerful hardware, it insists on the use of game cartridges, which is far less than the PlayStation's CD-ROM storage on data storage.

A PS1 disc can store about 650MB of data, while the N64's game cartridge can only store 64MB of data – this is an order of magnitude difference. Later PS1 games can even use multiple discs for storage expansion.

The lack of storage limits the N64's play on audio, graphics and video storage. Storage has proven to be critical to developers. Larger storage allows developers to create games that are longer, deeper, and richer.

In addition, the CD itself is inexpensive, and the cost of storing and distributing games on CDs is lower, allowing developers to quickly experiment in a cost-effective manner.

Compared with Nintendo, developers have more design space and lower development costs on Sony's platform, and they pay less "privilege fees" to Sony. These differences directly led to the loss of Nintendo's support from well-known third-party developers including Capcom, Konami and SquareSoft . Although Nintendo has continued to develop many high-quality independent games, it has lost the diversity of the game.

In North America, N64 released 388 games, while PlayStation released 1,284 games, making PlayStation one of the most popular game consoles in history .

Looking back, history has shown that open networks have the advantage of rapid growth, but sustainability depends on the quality of the content on the network.

Most importantly, the network and architecture model is the key to achieving good content. In the blockchain industry, sometimes scalability and decentralization are the ends.

And reflected in the blockchain, things will be a bit different. Scalability, such as transaction throughput, is unlikely to be a winning factor in blockchain platforms. NES has shown us that despite the technical limitations of the underlying platform, it is still possible to create high quality content. In fact, the content itself is tailored to the platform's sexual energy .

For example, the N64 has faster transfer speeds (loading information from static storage into RAM), so there are more exploration-focused games like Mario 64, while PS1 has larger static storage. , thus having a slower pace but better detail (such as "Resident Evil").

Therefore, it is important that the platform architecture has enough design space to allow developers to implement their ideas. Just as PS1's CD storage offers developers an opportunity to grow by orders of magnitude, such a platform will also be more likely to attract developers.

Early winners in the blockchain gaming industry generally have their own in-house development studios or sign exclusive agreements with traditional third-party developers to develop content on the web.

Closed networks are also likely to be early winners. For example, a blockchain platform with access permissions is run by several well-known game development studios that combine a relatively open economy with immersive game design to bring players and developers together. win.

It is critical that the platform provides developers with high-quality tools. Just as PS1 greatly simplifies the developer's development process, a developer-centric platform will motivate developers to experiment more and produce more diverse and high-quality content. The success of the platform is inseparable from the large number of developers who know how to create great content.

Unlike the traditional games mentioned above, blockchain games have some different positioning, such as:

Although the blockchain brings these advantages, the entire development community has not figured out what is best for this platform .

Like virtual reality (VR), blockchain-based games open up a new design space that developers need to design based on this space. For example, in a VR movie, the viewer has the freedom to see where to look, and in the traditional movie, the director will "tell" the viewer where to look, so the VR film director needs to take into account the viewer's freedom when making the content.

In VR games, placing 2D user interfaces in 3D space is not intuitive, so designers have to rethink the most basic UI modes, such as game menus.

Although blockchain games already have dozens of game categories, few games incorporate the above value proposition into their design core. Sandbox games are perhaps the most promising category of games, allowing players to freely explore, create, modify, and destroy their environment .

In these games (such as Minecraft and Roblox), players can usually use the tools used by game designers to change or adjust the gameplay according to their needs. 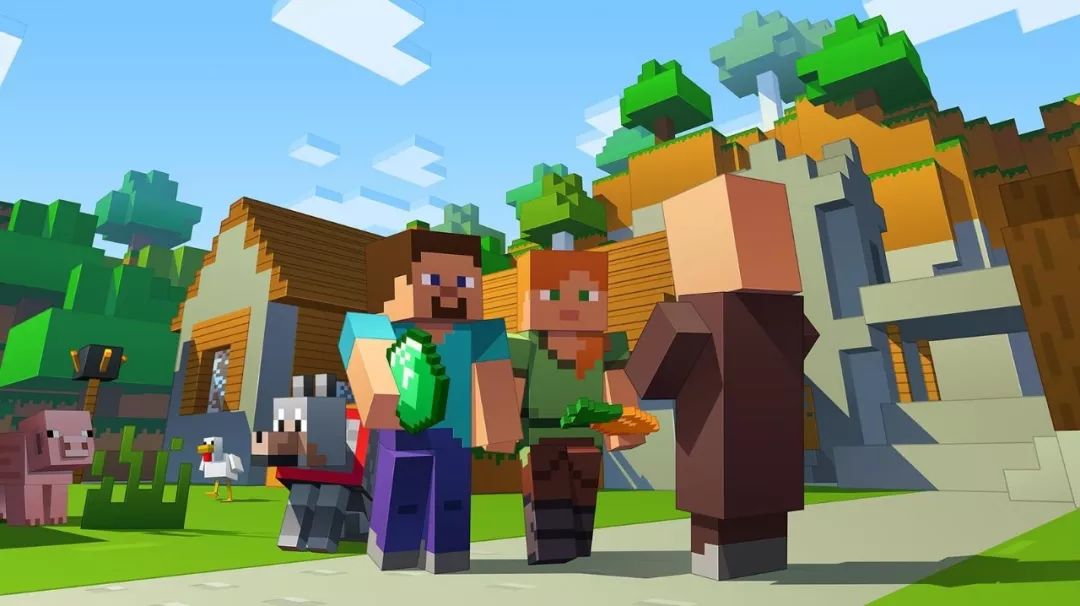 Sandbox games support a wide variety of digital assets, including alternative currencies and irreplaceable currencies. Almost everything in the sandbox can be tokenized, which not only provides developers with more design space , but also gives players the money to stimulate the game.

In addition, sandbox games provide an active in-game economy where players can freely create market and trading assets as if they were games.

The sandbox game itself is extensible, which gives developers more design space to continue to provide new content to players.

In the end, the sandbox game can't compete with 3A games in terms of storyline and graphics complexity, which reduces the developer's entry barrier.

Calculating the state of the game may not require a blockchain. When the game state is executed under the chain, the blockchain can act as a data layer.

This allows the blockchain to do what it does best—maintaining an encrypted connection data log for append only. In short, blockchain can be used as a value layer for sandbox games.