Recently, IEO still occupies a hot topic in the encryption market. For those who don’t like to chase hot spots, they must also notice this phenomenon. So what impact does IEO have on the current encryption market and the Token model? Can the depressed encryption market return to the bull market? Derek Hsue of Blockchain Capital's investment team recently shared an article on his blog, giving him a unique insight into the IEO phenomenon, which may give you a more intuitive understanding of IEO . 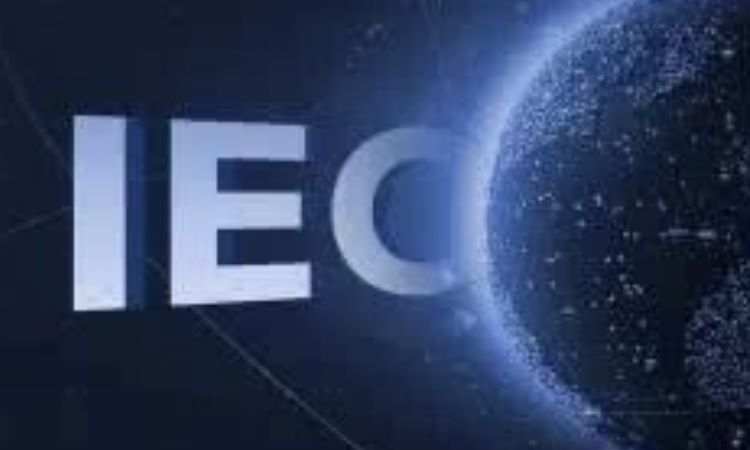 The following is the translation of this article, let's take a look.

The initial exchange product ( IOO ) has become a recent phenomenon-level topic that has drawn attention and scrutiny. IEO is similar to ICO , except that financing is done through exchanges. The IEO structure of each exchange may be slightly different, but the general principles are the same. The exchange will perform some key underwriting functions – marketing, fundraising and distribution. Upon completion, the project's tokens will be listed on the exchange and available for trading. In return for performing these services, exchange payments are typically charged at a given Token .

Coin's launch of the Bittorrent sales model in early 2019 , followed by a number of exchanges with similar sales models – including Bittrex , Huobi , Kucoin , OKEX and more. IEO is an exciting new phenomenon of innovation, but the problem still exists in long-term sustainability and market influence. In this article, I will discuss some of the topics of IEO and their broad impact on the encryption market.

Any analysis of the IEO must take into account the closely related relationship between the product and the exchange's own Token . For example, BNB holders enter the Dollar Security System to invest in the Launchpad project. Users with less than 100 BNBs do not meet the criteria.

It can be said that the main driver of the ETH price appreciation in 2017-18 is the rise of ICO . ETH is the “ reserve currency ” for this phenomenon, as the project raises funds primarily at ETH and holds it in its funds. This increased the demand for ETH and reduced its floating in the open market, while ETH experienced a $ 1,300 increase in January 2018 .

This mechanism can be repeated with an exchange Token . The currency security trading system triggers demand for Token and, more importantly, locks that reduce BNB speed. (The draw is based on the user's BNB holdings for the first 20 days). In the next few months, I will not be surprised to see the continued demand and interest in BNB .

2. The structure of the IEO is to generate FOMO and return in multiples. They may have played a role in the recent price increase.

In traditional markets, IPOs can be a valuable indicator of market sentiment. On the first day of the Internet bubble, more than 50 % of the price jump led to more greed, which promoted the faster and faster IPO rollover cycle. Investment banks usually leave some money on the IPO to make a small jump when the trade goes online. This created a consistent track record for the bank and brought some good momentum to the company.

Building IEOs is similar – they have been carefully crafted to bring price appreciation and motivation to early participants. For token sales (usually $ 30,000- $100,000), the amount raised is small and usually valuations are relatively modest, ranging from $ 50 million to $100 million (again compared to previous sales).

By selling only 6 % of the supply by quota valuation, IEOs can attract a large number of FOMOs because buyers are pouring in. The upper valuation limit helps the project to generate significant returns when it flows, usually in multiples. The data provided by The Block demonstrates the success of the IEO model to date. With the expansion of this record and history, I expect the size of the IEO to increase.

The recent price of Bitcoin and Ark is accelerating under the impetus of IEO , which seems reasonable. Seeing the huge benefits of these IEOs , investors flocked to other projects and sought to replicate their profits. According to reports, these sales were sold out in less than ten seconds, and investors may also think this is a sign of potential market demand.

Despite this, it is difficult to determine how much IEO actually plays in recent price changes. I suspect that the main driver is a few large market orders that affect prices, but IEO may of course only play a small role.

3. Usually, the highest quality projects will not raise funds through the IEO .

The Independent Evaluation Office performs two key functions, the financing and exchange list. The exchange has a wide distribution and a large user base, allowing quick access to large amounts of money. Listing on the mobile exchange is important for the Token project because it ensures liquidity and is often accompanied by some hype and some good price behavior.

However, if the project is able to raise the required amount on its own, there is no reason to pay a lot of money for the exchange to perform the same function. In addition, the secondary market will be highly demanding the tokens of the head project, and the exchange will have the incentive to support it to attract liquidity.

One rebuttal is that IEO guarantees immediate listing on the exchange, which helps short-term price appreciation and guarantees a good “ popular ” to generate momentum. While this is true, in the long run, sustained value will come from potential utility and demand, not just momentum trading based on historical appreciation.

4. In the long run, IEO may not push the recovery bull market

The best IPO can open a market window that was previously closed. Netscape's initial public offering in 1994 was the most famous – a groundbreaking event that legalized the emerging networking industry. Similarly, Google brought life back to the technology industry in 2004 . As a lucrative and widely used Internet company, it proves to the market that the Internet as a social, cultural and financial phenomenon has not died.

In 2017 , Filecoin's raise had the same impact on the encryption market. Although Filecoin itself is still in development, the sale has been a huge success, creating a record high of $ 257 million, with top venture capital participation. More importantly, the SAFT template pioneered by Filecoin was adopted by many follow-up projects, which led to the creation of large companies such as Telegram and EOS .

The current structure of IEO is unlikely to have the same impact. “ Top projects ” are less likely to use IEO because they will raise funds themselves. While IEO is highly structured and limited products focus on generating returns for investors, the motivation for the project is to raise as much money as possible with the highest possible valuation.

Although they have achieved small-scale success, it is still unclear whether IEO can generate momentum on a large enough scale, or more speculation. If these projects continue to grow beyond the short-term, then this will expand the importance and influence of the IEO . BittorrentToken may become a transformative and highly used thing, but it seems unlikely now.

In short, IEO is an interesting new phenomenon, but not revolutionary. They mainly replicate the structures used in the capital markets over the past few decades. Although they may give the market some momentum, they are unlikely to be as influential as ICO .

The most notable part of IEO is how they affect the exchange token mechanism. The demand for the platform currency institution has increased and reduced the turnover of coins, which may have similar effects on the price of individual products produced by ICOs in 2017. The influence of the individual products in the exchange of tokens and the appreciation of the price is greater. expected result.

A simple mental model that can be used is that an exchange like Coin An attempted to create a platform coin with the highest possible expected value, and a limited platform coin supply ( BNB ). This E ( V ) was created with a record of small, successful sales generating returns, which is why you see the highly structured, supported sales that have occurred so far. The higher E ( V ) of the platform currency will cause the price of the platform currency to appreciate.

IEO is an exciting new fundraising mechanism and has attracted a lot of attention, but it may still focus on niche projects. In addition, the main point of the IEO model is not the basic merits of any single project, but the financial engineering they implement using exchange tokens . By wrapping these functions together, the IEO can increase the demand and utility of the exchange token , which can affect the price in a great way. Encryption space is not lacking in financial engineering, and IEO is a perfect case study.

Translator: Meng understands the little fairy (for the convenience of the little friends to read and understand slightly modified)

The path to breaking open finance in 2020

Opinion: Why is the DEX of the coin security decentralized?