In February 2018, Forbes magazine announced its first issue of the Encrypted World Rich List. Among the 20 richest people, Brock Pierce has a unique style, often with a wide-brimmed cowboy hat and a western cowboy dress. Renowned as "the hippie king of the cryptocurrency world." It is said that his personal life is also very unrestrained, Pierce will sleep on the sofa, the back seat of the car, a table, but never lie down on a normal bed.

When the list was released, Pierce's personal net worth was between $700 million and $1.1 billion, and was the co-founder of EOS and Tether. In fact, before becoming a tech squad, Brock Pierce was an actor. From the crossover of the entertainment industry to the technology circle, this identity change is amazing. Let's take a look at Brock Pierce's story. Brock Pierce was born on November 4, 1980. His father was a construction worker and his mother was a professional disco dancer, but his career was interrupted after his 20-year-old pregnancy. Perhaps his mother pinned his unfulfilled dreams on his son. At the age of three and a half, Pierce filmed an advertisement with a line saying "Don't let your baby grow up to be a cowboy." Interestingly, although Brock Pierce didn't become a real cowboy, he liked to wear cowboys. cap.

When he was a child, he worked as a child actor. In Disney's 1992 and 1994 versions of "Wild Ducks and Phoenix", he played the young Gordon Bombay; in the 1996 movie "The First Son", he starred Luke Davenport. He also ran through the role of many other films, but he seemed to be more interested in doing business than acting.

After returning to his home state of Minnesota, he began selling lemonade and hired a neighbor's partner to sell it. He copied the model to the business of selling newspapers and building lawns; he also wrote a guide for cheating for games such as Mortal Kombat 2 and then sold it to his classmates; when he was in Los Angeles, he learned to resell scarce Magic party cards, Star Trek souvenirs and other collectibles. Therefore, the young Brock Pierce can always become a "little rich" among children. 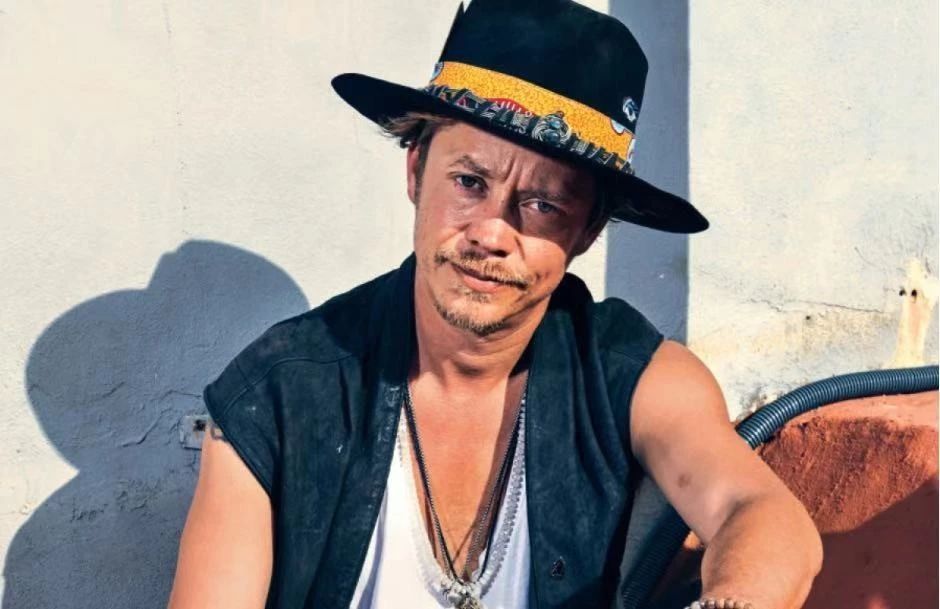 Pierce loves to play video games since childhood. In the game "Endless Mission", he plays three characters on three different computers at the same time, then five or six. The more he plays, the more he sells the virtual items he earns in the game. Making money (RMT, or Real-money trade), he can earn thousands of dollars a day in the virtual world. Pierce even hired many employees in Marbella and trained them to play three roles at the same time. “I know where all the most valuable things in the game are,” Pierce said.

Pierce immediately established Internet Gaming Entertainment (IGE). At the time, Pierce noticed that China's RMT market was still in the blue ocean. He came up with a bold idea: " If I teach Chinese people how much they can play games, I can form an army. "

After doing it, he moved to Hong Kong in a few weeks. Soon after, people all over the country were playing games like Endless Mission and World of Warcraft to get virtual gold. Pierce made a lot of money and his final income was enough to buy him a competitor for $2.4 million. At its peak, Pierce had a professional gamer with about 400,000 people, making it a huge army.

By 2007, IGE began to be suppressed by the "World of Warcraft" manufacturer and faced a class action lawsuit against gamers, accusing the company of ruining the game, Bannon took over as CEO, and Pierce bid farewell to his game empire. In addition to IGE, he is also the pioneer of ZAM, the world's largest game player media asset.

Just as Pierce wanted to copy his success in the game to e-sports, he heard about cryptocurrencies. It was the second year when the first batch of bitcoin was dug up. Pierce was shocked by this unprecedented model. He describes Bitcoin like this: " No one can introduce it in a language that is easy to understand, so it takes a lot of heavy work to figure out the truth. "

The most famous one is the initial Token issue of $50 million in July 2017. The 1CO Token is the famous EOS, and the Block.one company came into being. Pierce serves as co-founder, partner and consultant. The 1CO attracted $700 million a year and is the largest 1CO so far in 2017.

By March 2018, Pierce's role in Block.one had been changed to Chief Strategy Officer and resigned from the company that month. Although Pierce is very important to the success of EOS, he parted ways with Block.one, the company that co-founded EOS. Pierce cited "25 reasons to leave EOS," including "Everyone pays attention to his every move in a message." Probably, I don't want EOS to be too central.

The history of Tether is very long and complicated. It was first co-founded by Brock Pierce, Reeve Collins and Craig Sellars in early 2014, when the name was "Realcoin", which is said to be registered in the Isle of Man and Hong Kong.

Realether, the predecessor of Tether, described himself: “ Realcoin will be completely transparent, secure and secure. Every dollar held in our reserves will be represented by a token in circulation and can be redeemed at any time. The reserve of one will be fully auditable . " This paragraph description should be said to be the ideal state of the stable currency that anchors the legal currency, although not the cows that have been blown down by themselves.

Soon after, Realcoin changed its name to Tether and opened a private beta. Tether also announced its first agreement with Bitfinex, which opened a new chapter in the stable currency.

When Brock Pierce became rich in the currency, he was listed on Forbes' first cryptocurrency list, with a net worth of about $1 billion. However, Pierce actually announced that he would donate $1 billion, but he was left with nothing left.

Pierce plans to create a cryptocurrency foundation that will temporarily name it ONE, which he will buy a $1 billion share and encourage others to do the same . During the period, Pierce mentioned: "It is more difficult to donate $1 billion than you think. I will post a detailed reply on a page later." However, since Pierce first mentioned this incident in 2018, there has been no follow-up news until now.

However, Pierce's charity has not stopped. In September of this year, hurricane Dorian swept through North America, and Tether announced a donation of $1 million to the victims and reconstruction work.

This is Brock Pierce, a contradiction in which multiple characters coexist: it can be said that he is a visionary madman, idealist, opportunist, entertainer, businessman, magician, hedonist, narcissist and community builder. By. Patrick Byrne, former president of Overstock, commented on him: “ He is doing his best to help people, being a responsible community builder .” Blockchain Capital consultant Will O'Brien said: “When Brock Pierce makes a commitment to other entrepreneurs When I saw that he had a lot of actions, he would follow up all the time, and he kept his promise every time."

At the same time, Pierce's friends expressed concern about his lack of self-care ability, because his schedule was very chaotic, and he suffered from insomnia and abuse of LSD. “One of my tasks is to keep Brock alive,” one of Brock Pierce’s entourages said. “ He’s a little self-defeating in life. ”

This is the magic of Pierce: he creates miracles for the people and the world around him in an optimistic and enterprising way. Pierce explained all his efforts: "Do you know the concept of compound interest? I believe in the power of compound interest, which is a power that cannot be measured by anything I have seen , but I believe this is a universal truth: The more you pay, the more you gain." Perhaps this is the secret of Pierce's success.

Message Mining No. 374: What do you think are the common qualities of those who are particularly powerful? Feel free to share your opinion in the message area.

Bitcoin detonated the market, but left too many "irrational" designs?