Yesterday, BTC broke into the 8500 area, causing a rebound but failed to form an effective rebound. It continued to fall to 8400 in the evening, and the decline further spread. Today's trend is in the vicinity of 8400-8500, and the trend is weak. The posture of adjustment still has a tendency to continue to rise downward.

On the BTC daily chart, BTC closed the negative K yesterday, and the trend broke the support of the lower low point one after another. The downward trend of the shock continued to maintain. The current trend seems to be stable at the low level, but the situation is still short before the effective rebound. In the market, the moving averages are arranged in a short position. The 5-day moving average runs down to 8600 to form resistance. The Bollinger Band opens downwards and has a tendency to continue to rise downward. The MACD indicator continues downwards and has already descended below the 0-axis. The STOCH indicator intersects under the 20 horizontal line, and the RSI remains parallel below the 50 level. The follow-up trend is still a downward trend. The market has been in an oversold area. The trend has not been too deep in the process of falling. The amount of heavy volume, then the subsequent heavy volume attitude will be weakened, although the situation is in the rhythm of the downward trend, but the short-term will also be a finishing trend, so Chen Chuchu suggested that the high-altitude low-based, followed by more than 8400-8300, at 8600 -8700 follow the empty list, strictly take the stop-loss and stop loss, and grasp the safe profit-making rhythm. 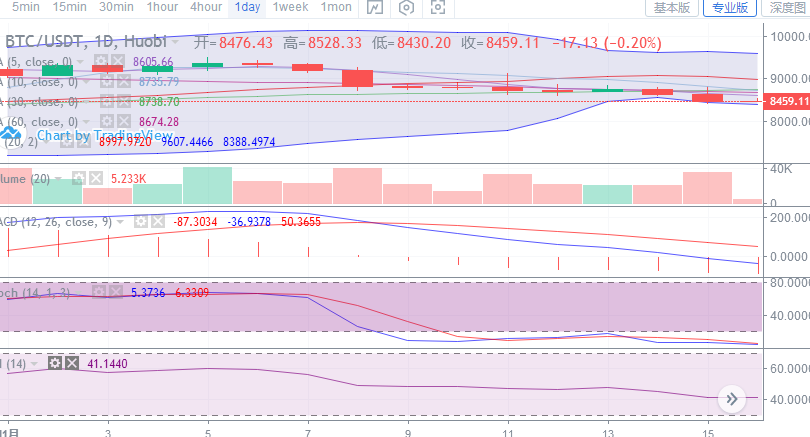 ETH fell below the Bollinger downtrend yesterday, and then rebounded in the Bollinger Band 177. This is also the effective low support in the previous period. Today's trend is back to the 177 position and forms a rebounding upside posture, but the breakthrough momentum is not enough. Strong, the trend is sorted around 180, the moving averages are short, and there is a tendency to continue to rise downwards. The upper resistance is heavy. The MACD indicator runs downwards, the STOCH indicator runs at 20 horizontal lines, and the RSI indicator is flat near the 50 horizontal line. The trend is that the overall trend is in a downward trend of the shock, while the support below will form a rebound. The follow-up is expected to form a bottom support. The short-handed volume is weakened. The operation suggestion is low and low. Follow the 177-178 to follow the long list at 183-185. Follow the empty list. The XRP has already mentioned the stage of weak adjustment in the early stage. After the price falls below 0.27, it needs to find the bottom support again. Therefore, the trend will continue to test the low point. The Bollinger band will open downwards and the trend will still be downward. The short-term trend will not fluctuate. Strong, it is recommended to lay out in advance, the operation suggestion rebounds mainly with the air, 0.27-0.28 follow-up, but 0.24-0.25 follow-up multiple. LTC has been falling for several days, and the trend has already formed a five-year yin decline. The price has stopped falling in the lower limit of Bollinger Band. Today, it is catching the opportunity of rebounding and trying to attack. The top is already full of heavy resistance, and the trend is affected by the previous pressure. Need to adjust, the situation has not yet stabilized, the operational recommendations are low and low, pay attention to the top 60, below 56. After the early rebound of BCH was terminated, the trend entered a trend of continuous decline, and the price dropped further to 260. Recently, the author also reminded that the price will only go down, the broken market has already appeared, and the trend needs to be re-introduced. The current trend has stopped falling in the lower line of Bollinger Band. It has not yet been determined whether it belongs to the bottom low point or the rectification period after the big drop. In the short term, the trend will form a turbulent trend. The follow-up suggestion is low and low, pay attention to the above 280- 275, 260-250 below. EOS experienced a five-year stagnation, and today's trend continues to deepen. The decline is still likely to spread. Although a small rebound will continue, but the above pressure has already formed, it is difficult to form an effective breakthrough. The overall situation is still at The downward trend, the operation proposal is mainly empty, supplemented by more than one, focusing on 0.32 below and 0.34 above. 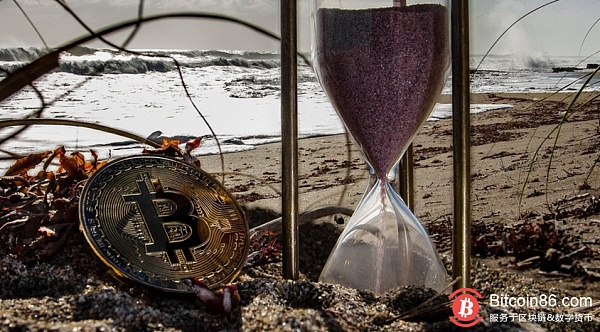