Long story short: StarkPay is a scalable payment engine based on STARK technology that addresses many of the shortcomings of Lightning, the Layer 2 payment solution. 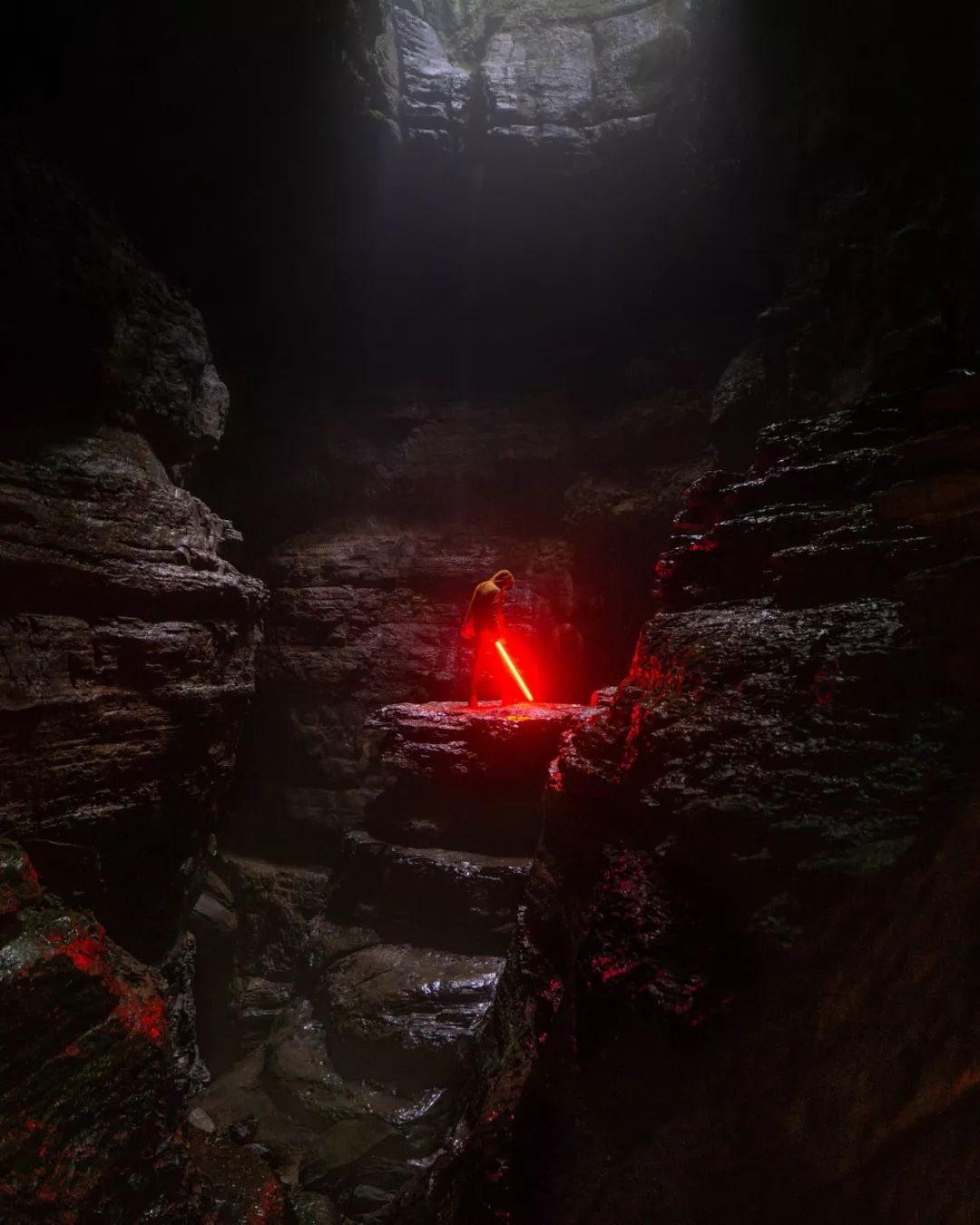 We applied the scalable engine to the cryptocurrency payment scenario and built the StarkPay. The emergence of stable currency satisfies the scholastic currency as a necessary medium for the exchange medium. However, the ecosystem still lacks an extensible payment system. We believe that StarkPay can meet this need.

This article will not discuss the privacy protection aspects of the two programs.

Since Poon and Dryja released the white paper in 2016, Lightning Networks has attracted widespread public attention. The Lightning Network currently has more than 3,000 nodes and the value of the entire network locked assets exceeds $2 million. The Lightning Torch has also exceeded $100, and high-tech giants Jack Dorsey and Reid Hoffman and financial giant Fidelity are also involved.

Lightning was proposed to extend the Bitcoin network. As one of the earliest emerging Layer-2 solutions, it was genius to propose to move transactions to the chain without changing the security model of the blockchain. It hopes to not only increase the size of the transaction, but also guarantee low latency and minimum transaction fees. The Lightning Network also has several drawbacks: Active demand : The payer must be online to complete the payment – this is not surprising. However, unlike Bitcoin, in lightning networks, the payee must also be online in order to sign the underlying transaction using the private keys of both parties (the operational considerations will be elaborated later). To make matters worse, starting from the establishment of the chain channel between the two parties, the payee must always monitor the blockchain status to ensure that the payer does not submit the old status of their balance and close the channel. The routing node must also be online before the upstream and downstream channels time out to participate in the protocol and perform duties (ie, route payment requests) before the upstream HTLC (hash time lock) times out.

The Lightning Network attempted to introduce a watchtower node to address the need for users to continuously monitor the blockchain. The watchtower node provides a blockchain network condition monitoring service by charging a fee to the user.

Low capital utilization : In general, the payer is willing to lock in some assets (for example, using a debit card) for convenience. But in the lightning network, each user needs to lock a fund in each channel, thus breaking up a user's funds.

To make matters worse, if the underlying transaction is not sent directly from the payer to the payee (for example, the transfer amount is X), but is forwarded through other routing nodes, the routing nodes involved also need to lock at least X. funds.

Ideally (from the perspective of capital utilization), the upper limit of the star network mobility of a single central node is the amount of funds that the central node is willing to lock. The paying party's locked funds do not contribute to network mobility. In other words, routing nodes are needed to bring mobility to the network, which is a somewhat surprising and undesirable feature.

If we want to avoid such a centralized network, what kind of problems will we encounter? Reducing the level of network centralization requires an increase in the diversity of routing path selection. However, in a transfer, the more nodes participating in the route, the higher the transaction cost will be (this is because the funds used for routing need to be locked for a period of time, and no interest can be generated during the lockout period). Specifically, if Alice wants to send 1 bitcoin to Bob via 5 routing nodes, then a total of 5 bitcoins need to be locked in the lightning network. This cost (and the cost of malicious attacks when the routing nodes do not match) must be translated into the costs incurred by the counterparty. Now the lightning network does not charge this part of the payment to the payer, but based on the altruistic behavior of early users of the network to maintain the normal operation of the network.

Operational Security Challenges : The most controversial point of centralized trading is that they create a honeypot that can be attacked by an attacker. However, as the network expands, Lightning Network Routing nodes create more temporary honeypots. Imagine a situation in which a private key in the hot wallet needs to be exposed: the centralized exchange only needs to briefly expose the private key for the time period they choose. But in lightning networks, routing nodes must always expose private keys in order to provide near real-time services. At the same time, in order to provide stable routing services, they need to ensure that each channel has sufficient funds. This constitutes an ideal honeypot: sufficient funds and private keys exposed in the hot wallet. In order to make up for the capital required to protect this honeypot, the routing node is likely to increase this investment into the transaction fee.

Transaction completion rates decrease with increased directionality : similar to the negative impact of increased payment amounts, when many payers pay a fee to a payee at the same time (for example, consumers in the real world pay merchants), they will compete for limited The routing node's funding capacity (pointing to the payee). Please note that the Lightning Torch Relay did not prove that the Lightning Network could cope with this scenario.

In general, the total resource consumption of Lightning Network seems to be related not only to the number of participants or the amount paid, but also to the number of payments. This is obviously a serious injury to the payment expansion plan.

[Insert: For the sake of simplicity, we assume that the routing problem in the lightning network has been perfectly solved and the service is provided free of charge. Of course, some people think this is a problem]

StarkPay's goal is to provide a scalable, cost-effective, unmanaged payment solution with no active demand. Let's bring the above model into some basic scenarios:

The payer deposits the cryptographic currency into the payment contract. The deposit funds are transferred to the chain balance tree through STARK evidence. This operation is similar to the Lightning Network Channel setup process, but one important difference is that the Inbound operation in StarkPay can specify multiple asset recipient addresses.

Alice transfers to Bob via StarkPay

For witnesses who do not need to introduce trust assumptions, malicious or careless witnesses cannot make the verification contract believe that invalid proof is valid.

We believe that the StarkPay architecture provides the expected benefits:

Scalability : The computing resources consumed by StarkPay increase as the number of payers and payments increases. More importantly, changes in computing resources are no longer tied to the total amount of circulation. We have achieved an ideal result: StarkPay is capable of supporting more than 10,000 transactions within a single block (within the current Etherum gasLimit limit).

Interrupt: If the standard for expansion is set to Amount/sec instead of Transaction/sec, then StarkPay has no upper limit.

High capital utilization : Just like the metaphor of the debit card, in StarkPay, there is no need to lock in additional funds other than the funds that each payer wants to use under the chain. Of particular importance is the lack of liquidity requirements for payment processors and witnesses.

Inactive demand : The payee balance is updated without being kept online. In all scenarios (deposits, withdrawals, and payments), transactions can be constructed offline and later sent to the blockchain or payment processor.

Unmanaged : The payer does not need to host the cryptocurrency to StarkPay. All operations require the signature of the payer, and even if the witness is evil or uncooperative, they can withdraw the locked funds directly from the payment contract at any time (subsequent blogs will elaborate on the safe exit).

In this regard, StarkPay has the same effect as Lightning Network, and users still retain control over funds.

StarkPay has some obvious drawbacks:

Centralization: The Provers node will initially be operated by StarkWare. This brings the risk of centralization and review.

Latency : Unlike the instant settlement guaranteed by the point-to-point lightning channel, the time required to generate proof for high volume transactions is currently a few minutes.

There is no solution for Bitcoin : In its current form, Bitcoin does not yet support efficient chain STARK verification.

Mitigation : If you have a solution, be sure to let us know. Prior to this, we will focus on adapting the blockchain that supports STARK verification on efficient chains.

In this paper, we introduce a STARK algorithm-based scalable engine (StarkPay) for cryptocurrency payment scenarios. We first analyzed the current hottest Bitcoin expansion solution, Lightning Network, and compared it to StarkPay. Our conclusion is that StarkPay offers a compelling alternative to the lightning network in several notable dimensions.

Thanks to Vitalik Buterin, Patrick McCorry, Jim Posen and Dan Robinson for their comments on this draft. Bitcoin Investment God: How to…

The road to the Internet,…

Libra or a stable currency…

Jiang Guofei, the ant "most…