The security of Maker Stabilizer Dai relies on a reliable oracle (predictor) to provide price information. These are chosen through chain governance. Therefore, the oracle feed can be operated by the MKR token holder. In this article, I will discuss the attack on Maker, which is similar to 51% of attacks, but does not necessarily require 51% of MKR attacks. In this attack, an alliance can “steal” the system by manipulating governance. Profit and profit. These attacks affect both the current single-aily Dai (SCD or 'Sai') and the upcoming multi-Affiliated Dai (MCD) implementation, as well as similar systems with chain governance.

Under the MKR→CDP exit attack, this represents the benefits of the United Alliance:

Under the MKR→Dai exit attack, this represents the benefits of the United Alliance

As the price of MKR has risen in the past few days, this measure of attack profitability has fallen to $19 million. This is still substantial, especially considering that profitability comes only from the current SCD system, which has a small cap size, and MKR's price outlook comes from the upcoming MCD system, which is expected to gain even greater scale. Figure 1 tracks the full history of these profitability metrics. In many long periods, the profit margins of these attacks are much higher. Figure 1: Potential benefits of the MKR oracle attack
Actual profit margin may be much higher
Please note that the actual profit margin may increase significantly for several reasons. First, it is reported that the Maker Foundation, which owns about 30% of MKR, promises not to participate in governance voting. If they insist on this, or to some extent cancel their voting rights in smart contracts, then MKR will give less control to the alliance, which will greatly reduce the cost of attack. Figure 2 shows the significantly improved profitability in this case. Second, a small number of MKR holders and major miners may collude. Third, the attack can be combined with other systems to take advantage of Maker's oracle. 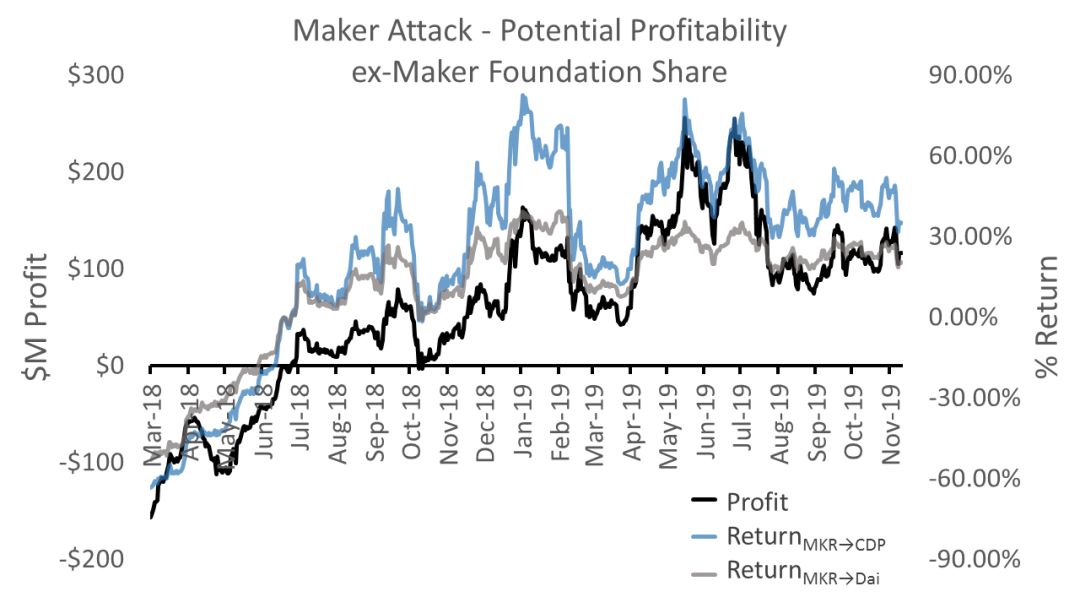 Zhao Changpeng: The currency security OTC did not reach any official cooperation with Alipay and WeChat payment.

Xinhua Daily Telegraph: Blockchain is expected to be as popular as mobile payments