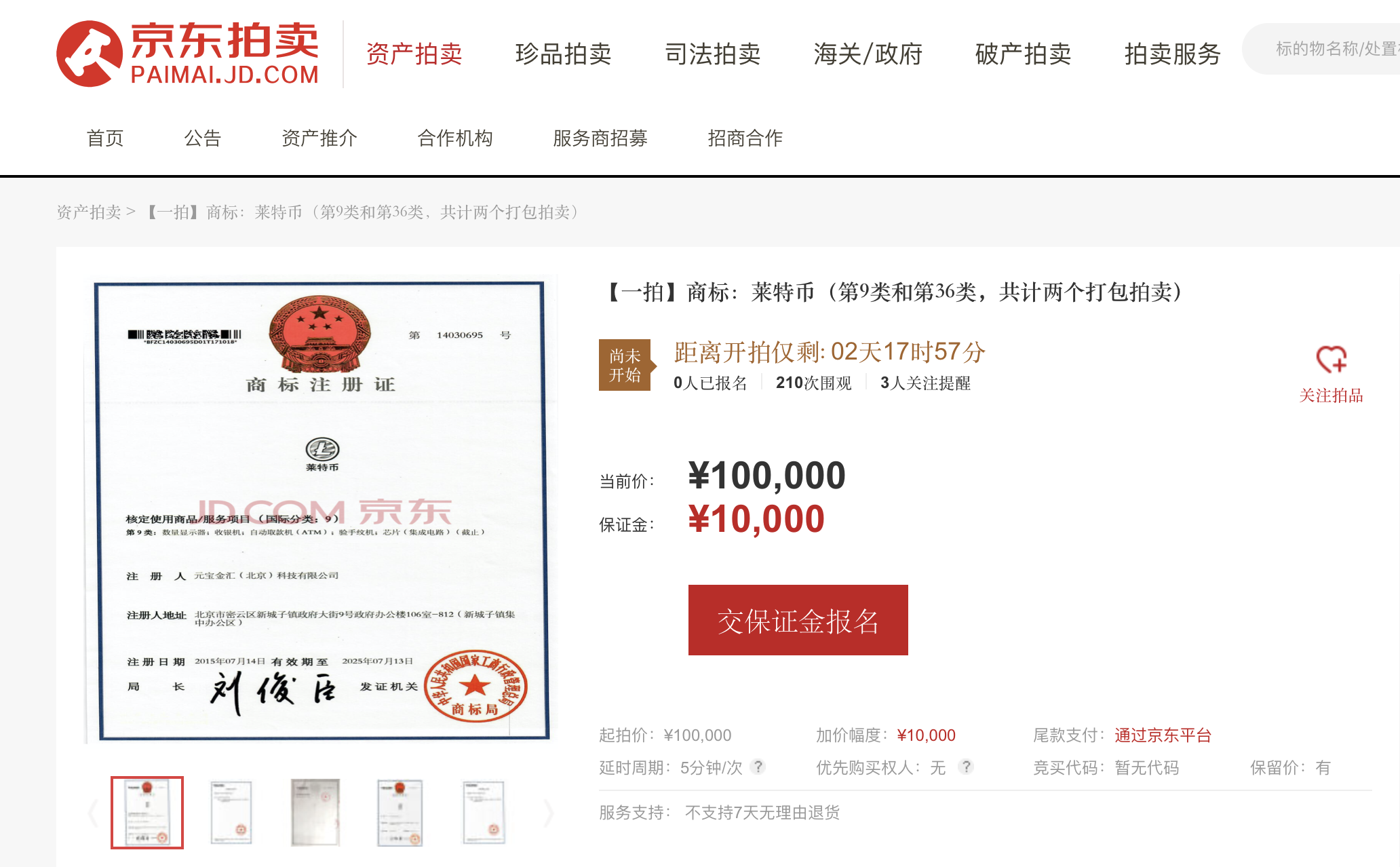 Litecoin and Yunbi trademarks are listed on the Jingdong auction platform, with a starting price of 100,000 yuan

Li Gang of China Communications and Transportation Association: Transportation industry should make good use of big data, blockchain and other technologies