In the market where Stabilization Coin is competing for the market, it is mainly divided into two main directions: legal asset custody and digital asset mortgage. Among them, the former is based on first-mover advantage and historical factors, both in market share and users. Habitually, they are all in absolute dominance. However, the statutory asset custody class stabilizes the currency "扛 子" – 1:1 anchor USDT USD, its owner Tether, recently seems to have new trends:

On November 13, according to Theblockcrypto, Pafine Ardoino, chief technology officer of Bitfinex and Tether, said the company is planning to launch a gold-backed stable currency, Tether Gold, but did not disclose more details about the new cryptocurrency.

Since the birth of the USDT, the question of “malignant issuance, manipulation of the market” and “not full margin” has been consistent, but it has never had a substantial impact on its near-monopoly market position. Especially after “9.4”, as the only way to access the gold channel, USDT is further deeply bound to the entire digital currency market, which is quite “big and cannot fall”.

Until the "trust crisis" deep fermentation in October 2018, USDT's market share fell from 90% to 70%. Fortunately, the market inertia is too heavy, coupled with the USDT immediately started the market defense war, so the subsequent USDC, PAX, TUSD, etc., even if the sharp edge is sharp, still does not pose a direct challenge to the USDT market hegemony.

However, although the foundation is still there, Tether and USDT foresee the hidden risks of the future, and this year has launched a massive "self-revolution":

First, abandon the cumbersome OMNI protocol, radically shift, and migrate to a more flexible and flexible ETH , TRON and other public chains.

In order to improve the availability of the entire USDT network, Tether issued a formal transfer announcement in September, which means that the cumbersome and inconvenient OMNI-USDT will gradually be officially replaced, followed by the large amount of ETH and TRON. Additional issuance.

In fact, Thther's actions in a year have never stopped, whether it is the migration to ETH or the test release of USDT on the EOS chain. Especially in the past six months, Tether has continued to intensively issue multiple large-scale TRC20-USDTs with a total value of more than US$500 million.

As of November 17, the total number of USDTs issued on the ETH and TRON chain reached $2.87 billion, exceeding the $1.74 billion in the BTC chain. Tether has initially completed the USDT slimming shift.

In the former plan, the most controversial is the RMB stabilized currency CNHT launched in September this year. This “bold move”, which has attracted market controversy once launched, is difficult to achieve, although it is difficult to see. Strive for a diversified strategic stance;

The latter includes Tether Gold, the gold-backed stable currency that just came out on November 13, but it is still unknown whether it can win the market as fast as USDT. “Even if USDT issuer Tether itself, it is difficult to change the trading habits of users. With the law, the newly issued stable currency will not be more recognized by the public influence of the USDT, but will only be resisted by the user because of the credibility crisis of the issuer."

Through this year's Tether's various compensation initiatives and innovative attempts, it can be seen that Thther is slowly anxious, and USDT started it, and is trying to get rid of its absolute dependence on USDT. “Don't put the eggs in the same basket,” Tether is trying to move closer to a diversified, comprehensive stable currency service provider. As for whether or not to get what it wants, it will only give time to give us the answer.

02 "Rookie" is a group of heroes, it is still difficult to re-enact miracles 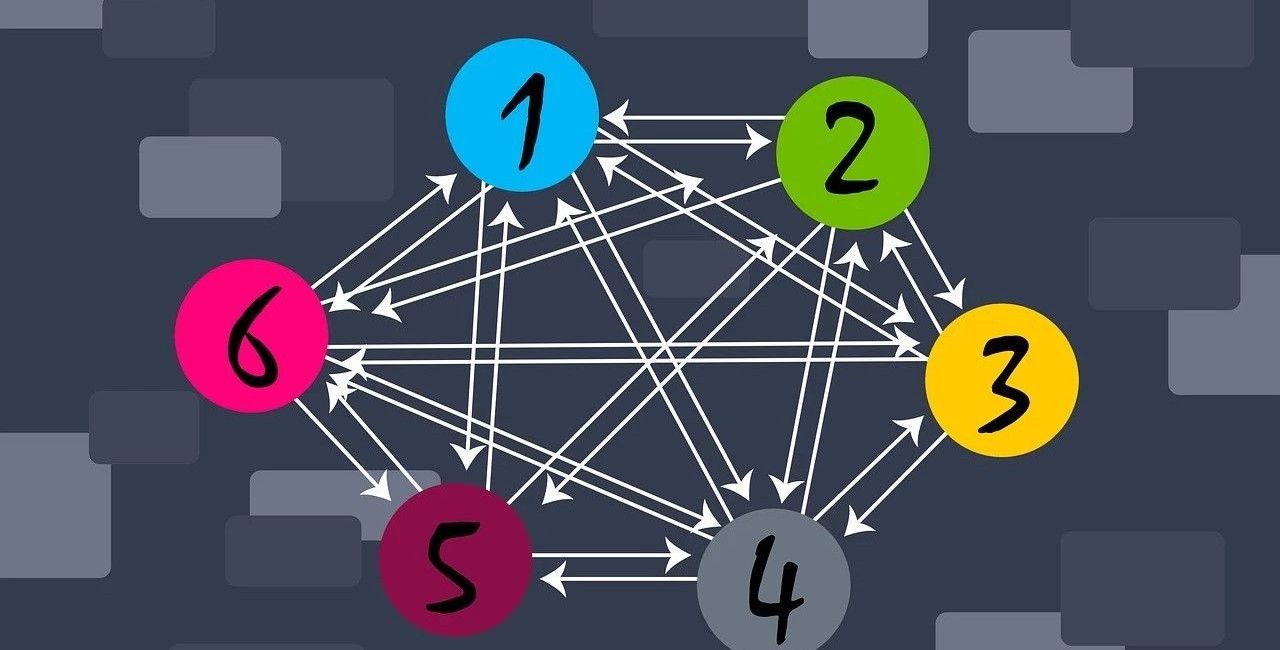 In the trust crisis of October 15th, 2018, when the “empty position was also cut”, the plunge USDT caused a large-scale market panic for the first time, and people began to pay attention to the huge moral hazard behind Bitfinex and Tether.

The giants who have been struggling to challenge the USDT have heard the news, and the parties represented by the head trading platform have seized the opportunity to launch their own inextricable links through their targeted strategies of “transparency and compliance”. The "1:1 anchored dollar stable currency" – BUSD of the currency, HUSD of the fire coin, USDK of OKEx, etc., attempted to re-enact the USDT distribution business of Bitfinex and Tether, and share a piece of the stable currency market.

However, the stable coins "new rookies" that have sprung up like mushrooms have been strong, but after this year's killing, they have not shaken the market dominance of USDT.

According to DappTotal data, as of November 17, USDT accounted for 82.28% of the total stable currency market with a circulation of US$4.62 billion, which is the tenth volume of the second stable USDC ($443 million, 7.91%). It is also a stable coin rookie with a share that is far below 5% and almost negligible.

Rookie challengers with the "more transparent" and "more compliant" banner, in the face of strong market inertia and first-mover advantage, the road to replacement is still a long way forward, perhaps sharing the market share and dominant position of USDT, in addition to doing it themselves In addition to the relatively better, it is also the same as the "empty crisis", waiting for the boss to slowly relax and swear.

Accumulating potential energy, Xiao Xiaosheng is a big victory, and gradually increasing the diversification of the market through the share of encroachment, perhaps the future development path of the rookies slowly turning over.

03 can not be underestimated mortgage stable currency

In addition to the hosted stable currency that anchors the legal currency, the digital asset-backed stable currency represented by MakerDAO, BTS (BitUSD), etc., although it cannot be compared with the former in terms of market share, and the relative stability mechanism is not perfect, but it is not perfect. Naturally, it has the core pursuit of the former to work hard together: openness and transparency, and eliminate human manipulation.

For example, DAI, which is second only to USDT in popularity and popularity, MakerDAO enables DAI to achieve long-term anchoring of the US dollar under the decentralized structure through smart contracts, although it is compared to the managed class such as USDT that directly targets the US dollar. The stability fluctuates greatly: in the past year, the number of days between the lowest price and the highest price of 1 day is only 164 days, only half of the USDT (344 days) in the same period.

However, compared with the anchored stable digital assets such as USDT and TUSD, the biggest advantage is to automatically maintain the operation of the pledge mechanism through intelligent contracts, to eliminate the risk of private ethics and opacity, over-issue, lack of audit, and replace humanity with code. It is undoubtedly more reliable to change moral constraints into mathematical rules.

On the evening of November 18th, MakerDAO will also officially launch the multi-mortgage DAI. This is the upgrade of the head of MarkDAO China, which is “a little excited and a little nervous”. One of the most noticeable changes includes the DAI deposit rate. (DSR) and multi-asset mortgage upgrades.

This is also the microcosm of the development of digital asset-backed stable currency represented by DAI. The governance structure is continuously optimized, the proposal is perfect, the system upgrade is steadily advanced, and it satisfies the corresponding market demand for more eager transparency. The future development prospects should not be underestimated.

04 The future of stable coins, where is the road?

In the early days of the grasshopper era, regulation did not cause too much intervention in this market. But this year, the weight of global regulatory influence has gradually increased, and the International Monetary Fund and G7 have also voiced the global stable currency. Especially under the stirring of Libra's “squid”, the actions of the world's major central banks in the CBDC (central bank legal digital currency) are obviously speeding up. Recently, the trend of the Chinese central bank DC/EP has attracted worldwide attention.

For the current stable currency and anchoring currency, which is represented by USDT as the mainstream, it is actually a vest of legal tenders. In the future, if Tether, etc. can successfully “encourage” and obtain “license”, it will be smooth. Washing ashore"

For digital asset collateral stabilized currency constrained by algorithms and decentralized architecture, it represents a specific market demand. Therefore, after the head is "camped", the long tail effect will gradually eat away the market share of the remaining stable coins, and will continue to grow;

The future cannot be predicted, but in fact, for stable coins, whether it is managed or mortgaged, whether it is anchoring legal currency (US dollar) or anchoring gold, its future or market share depends only on its own "connection. "Possibility", as Mikko, the author of the "Stable Digital Money Handbook" and a well-known currency scholar, said:

"It must be because your currency (stable currency) is coupled with all the world's broad goods and services, or it is linked. I think that after holding this currency, I have the possibility of holding many other things. Sex, I will go to hold."

Anxious Tether, a rookie who is eager to try, a clear regulation, a stable coin, a big ship that connects digital assets and the legal currency world, and where to go next, will wait and see.

No. 376: What do you think is the stable currency, the big ship that connects the digital assets and the legal currency world? Feel free to share your opinion in the message area.