Foreword: In the first quarter of 2020, the popular public chain project Polkadot will be launched on its main network, and the leader of the public chain, Ethereum, will also welcome its 2.0 platform phase 0 during the same period. Behind the leaders Gavin Wood and Vitalik Buterin, this pair of good friends who have fought together will also usher in the first confrontation.

In terms of similarity, both Ethereum and Polkadot are designed to provide developers with a platform to create decentralized applications (DApps), both of which include smart contract functionality, while Ethereum 2.0 and Polkadot is pursuing an expansion strategy based on parallel execution.

In Ethereum 2.0, each thread of execution is called a slice, and in Polkadot it is called a parallel chain or parallel thread. In addition, both Ethereum 2.0 and Polkadot (Boca) will use the Wasm virtual machine as the underlying technology to drive chain logic and state transitions.

However, there are also many important differences between Ethereum and Polkadot.

One of the biggest differences is the design goal. Ethereum's goal is to become a platform for distributed financial and smart contract execution, and Polkadot's vision is to help people build the entire blockchain and integrate chains and chains (ie, cross-chain).

Here is a summary of their key differences:

Ethereum platform: The scale advantage is huge, and the scalability problem will be solved by Ethereum 2.0

The main strength of Ethereum lies in its large and mature developer, user and enterprise ecosystem, including rich developer tools, tutorials, etc. It has gained significant network effects from this ecosystem, making it the current developer. Our preferred smart contract platform. In many cases, Ethereum standards (such as ERC-20) have become the industry standard.

In addition, the value of the Ethereum network is also dominant, and its underlying Ethernet (ETH) provides a high degree of economic security for the network. Currently, DeFi is one of the most popular areas of interest in the cryptocurrency industry, and some prominent DeFi applications are built on the Ethereum platform, which takes advantage of the composability of different Ethereum smart contracts. The contract can be called from each other in a single Ethereum virtual machine that powers Ethereum 1.0.

The key challenge facing the Ethereum platform is scalability, and the other challenge is the cost of gas required to run smart contracts on the platform.

The goal of Ethereum 2.0 is to address all of these scalability issues, but it is a multi-year roadmap plan that will also be accompanied by execution risks. At present, most Ethereum core developer energy will be transferred to the Ethereum 2.0 platform.

Polkadot: built on a flexible framework, but it is new and unconfirmed

The power of Polkadot lies in its Substrate , a development framework for creating Polkadot-compatible blockchains, and Polkadot itself is built using Substrate.

This greatly reduces the time, effort and money required to create a new blockchain.

Polkadot's design allows for sharing security across its network, which is another advantage. There are two main benefits to shared security.

First, it relieves the burden of parallel chain builders by providing security as a service from the relay chain. This is different from the approach taken by other networks (such as Cosmos), where each zone is fully responsible for its own security. This shared security simplification reduces builder friction and simplifies the process of launching new parallel chains.

At present, Ethereum has a dominant position in all public-chain platforms for developers. In addition, many competitive new public-chain platforms are about to go online, and they all hope to compete with Ethereum. For Polkadot, the real challenge is to get enough attention and build an ecosystem and developer community to make the network effect of its architecture come into play.

How to choose between two platforms?

If you are a developer and are working on both platforms for your DApp, this article provides a relatively simple comparison.

If your application does not have a particularly large demand for transaction throughput and you can afford it in terms of gas costs, then choosing to build on the Ethereum platform will be a safe option, and Ethereum development usually requires It's easier than Polkadot.

On the other hand, if your application requires high transaction throughput, or if you want full control over the environment in which the application is running, state transition functions, storage and economics, or if you have cross-chain requirements, Polkadot will be relatively more The right choice.

Analysis: Bakkt is expected to be approved in just 10 days 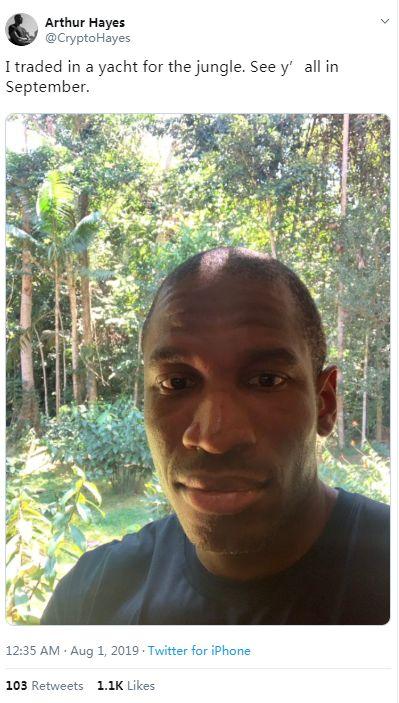