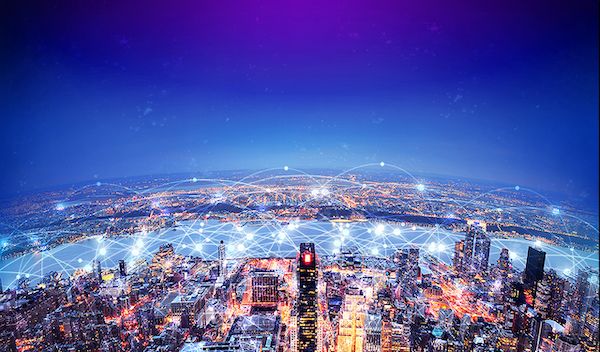 Recently, the smart city + blockchain has become a hot topic in the industry.

At the Collective Learning Conference of the Central Political Bureau on October 24, the national leaders pointed out that the combination of blockchain technology and smart city should be promoted to enhance the level of intelligence and precision of urban management. In fact, as early as a few years ago, many domestic governments have noticed blockchain technology and began to explore how to make it fall in the field of smart city construction.

To the people, such exploration has never stopped.

In the blockchain + smart city construction, China is now in the forefront of the world .

How to prove "your mom is your mother"? Four years ago, at a State Council executive meeting, the Prime Minister mentioned this case.

He said that he saw media reports that if a citizen wants to travel abroad, he needs to fill in the name of the emergency contact and write his mother's name. As a result, the relevant departments asked the citizen to provide materials to prove that "your mom is your mother."

This case illustrates how difficult it is for the people to do things.

In this regard, the government agency's solution is to open up data and let data flow between multiple departments.

But blindly getting through the data also brings new questions: Who has the right to enter, modify, and query data? Who should protect the data privacy of citizens?

Blockchain technology solves this problem. It allows data to be encrypted and distributed, and no one can decrypt it without authorization. Various government departments have also become nodes of the entire platform, providing a letter of credit for the blockchain system.

In addition, the operation of the blockchain keeps track of the authenticity of the platform data and the inviolability of citizens' personal privacy.

According to the Central Government Network, in 2017, Chancheng District of Foshan City, Guangdong Province launched the “Smart City” program, and Chancheng District became the first county in China to explore the application of blockchain government.

At the heart of this program is the IMI identity authentication platform based on blockchain technology. "IMI" means "I am me."

At present, this system is connected to the District Civil Affairs Bureau, the Local Taxation Bureau, the Social Security Fund Administration and other departments. The public can complete the issuance of notarized information in the platform. 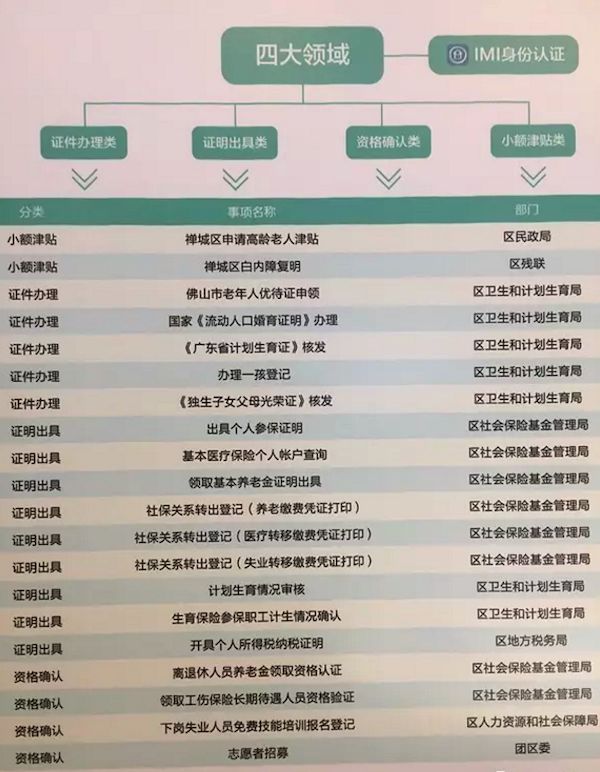 Specifically, on the IMI identity authentication platform, after the information of the natural person and the legal person is encrypted, it is automatically wound up to realize distributed storage. After obtaining the authorization of the party, each node in the platform can query the data and issue a certificate.

Today, through the mobile app, Chancheng residents can do things with ease.

At the beginning of this year, Nanfang Daily reported that the Zen City IMI authentication platform promoted the open sharing of more than 7 million data in 24 departments and 299 data sets. The data covers road traffic, science education, health and people's livelihood. Service and other 14 topics .

In fact, the blockchain + smart city has already blossomed everywhere in China.

In Nanjing, the National Development and Reform Commission, the Public Security Bureau, the Human Resources and Social Security Bureau, and the Transportation Bureau jointly launched the mobile phone app “My Nanjing”. In it, you can make living payment, traffic violation handling and personal provident fund inquiry.

According to official data, the platform has now docked 49 government departments in Nanjing, achieving 22 million data synergies and covering the information of 250,000 enterprises and 8.3 million natural persons in the city.

According to public information, as of September this year, the personal credit loan released by the platform has reached 11.7 billion yuan. On this platform, from the application to the next paragraph, the user spends no more than 10 minutes, and the labor cost per billion of loans of the bank also saves 340 people/day.

In Shanghai, the Yangpu District Government is exploring the use of blockchains in IoT applications, and obtaining secure, efficient and non-tamperable data through blockchain + Internet of Things to make decisions for urban public management. In Xiong'an New District, blockchain technology has been applied in many areas such as renting platforms, government tendering, and personal point management.

In Guangdong, in August 2018, Shenzhen opened the country's first blockchain electronic invoice, which realized the storage, circulation and reimbursement of the invoice information chain. The tourist attractions in Lijiang and the medical institutions in Zhejiang have also achieved the electronic bills.

In the construction of smart cities, local governments play an important role as the governors of cities, but the folk forces cannot be ignored.

On the one hand, the vast majority of government-led blockchain government projects are still managed by private companies.

For example, the unified platform of the judicial blockchain dominated by the Supreme Law is based on the ant blockchain of Ant Financial. The blockchain platform in the Nanjing Smart City Project is built by Nanjing local enterprises Rongze Technology and the Jinlian.

On the other hand, as an important part of urban organisms, civil power is also pushing the further development of blockchain smart cities.

There are also listed companies trying to introduce blockchain technology into electric vehicle charging management, using blockchain to realize the flow of power resources and capital, and improving the utilization rate of charging piles in cities .

After the Central Politics collective learning session on October 24th, the blockchain + smart city was once again concerned by local governments.

“After the leaders delivered their speeches, the local government’s cooperation intentions received by the company increased significantly.” The head of a blockchain technology company expressed a blockchain.

However, he also said that local governments also have some concerns about the construction of blockchain smart cities.

These local governments are paying attention to whether the central government will provide a unified solution for the trial of blockchain smart cities in some areas. Because if the local government builds the platform too early, it may cause a waste of local budget.

For example, in the judicial field, in August this year, it was reported that the Supreme People’s Court was building its own blockchain platform.

At the beginning of November, according to the chain, the Supreme Law has now stopped the behavior of the local court to build a blockchain system. The platform that has been built is allowed to continue to be used; the new platform is suspended, leaving the access to the Supreme Court. Unified blockchain platform.

In the local government system, the public security law and the fiscal and taxation system are more independent than the administrative system, and it is more likely to establish a unified blockchain platform across the province and the whole country.

These areas are precisely the forefront of the blockchain's smart city.

However, from a national perspective, the development of a unified blockchain technical standard is the optimal solution. Allowing different blockchain services to access the unified platform is not only convenient for users, but also avoids duplication, thereby greatly reducing costs and improving efficiency.

In other words, the best way is for the central government to formulate uniform standards, and local governments will bid, purchase, and access the system according to relevant standards.

Taking the provident fund system as an example, Chen Chun, an academician of the Chinese Academy of Engineering and chairman of the interesting chain company, said in an interview with the media that the Ministry of Housing and Urban-Rural Development has now established a unified blockchain platform to link the data of 491 cities nationwide to facilitate residents. Use the provident fund across regions.

A bidding document published by the China Government Procurement Network showed that in June 2019, the Wuhan Housing Provident Fund Management Center completed the bidding and procurement of the blockchain data platform project of the Ministry of Housing and Urban-Rural Development.

The nationwide administration of personal government services has become one of the directions actively pursued by the state. A few days ago, the national integrated online government service platform (www.gjzwfw.gov.cn) began trial operation. Chinese citizens only need to register their accounts on this platform to realize a series of services covering social security, provident fund and entry and exit documents.

The blockchain technology will continue to play an important role in opening up national government data.

From the accumulation of public funds to the registration of immovable property rights, from the masses to the urban governance, in the field of smart cities, the blockchain has broad application prospects. A network of wisdom covering the whole country is slowly forming .

The coin contract system has now been upgraded

Yuxin Technology: The company actively promotes the scene of blockchain technology in the banking IT industry.