Although the FPGA miners that have been mentioned and discussed in the mining industry history have never been mass-produced and sold, the ecological impact of FPGA miners on the PoW public chain cannot be ignored. In my opinion, FPGA mines are very likely to massively erode the GPU's computing power before the emergence of ASIC, becoming the most powerful computing power tool.

Let's start by simply generalizing what is the basic concept of " FPGA " and what is " ASIC ".

ASIC is the abbreviation of "Application Specific Integrated Circuit", which is "application-specific integrated circuit", which is the optimal solution for a fixed algorithm. However, ASIC production costs are expensive, and the cost of a single film is about 10 million RMB. Only in the mature and stable application scenarios with large demand can it reflect its cost advantage.

For scenes where the logic needs to change frequently, or for cryptocurrency mining or machine learning with a small amount of chip demand, the FPGA has a place where it can match the speed of the ASIC and the updateability of the algorithm. FPGAs are also often used to verify the operational logic in the ASIC being designed.

In a way, FPGAs are a predecessor to ASICs and play a unique role in uncertain scenarios. 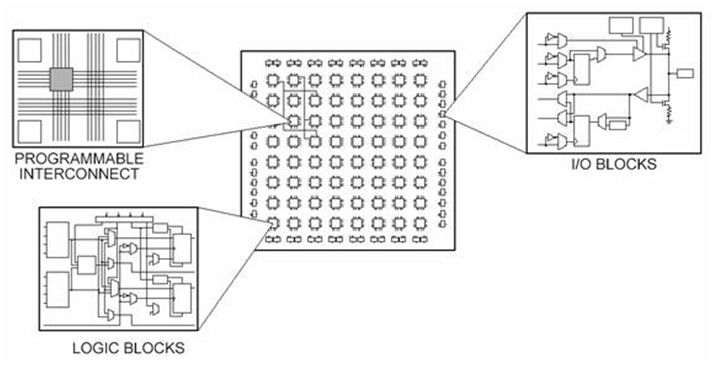 FPGAs and GPUs can also be programmed to perform a variety of different computing tasks, but the FPGA's arithmetic logic is implemented by a logic gate array based on a look-up table (Look-Up-Table) , which does not depend on the von Neumann structure. The result is fed directly to the input of the next operation and does not need to be temporarily saved in the main memory, so not only the bandwidth requirement of the internal memory is much lower than that of the GPU, but also the characteristics of rapid response and lower power consumption. As a result, FPGAs have some of the less demanding, streamlined algorithms that represent the advantages that GPUs can't match.

2. From "ASIC Resistant" to "ASIC Friendly"

If you want to discuss the future trend of FPGA mining machine in more depth, let us start from the whole process and context of mining machine development.

After Bitcoin was monopolized by various specialized computing devices, the early rise of "altcoin", such as Litecoin, began to embody the idea of ​​"Anti-ASIC" (blocking ASIC mining) in mining algorithm design. This design will help more enthusiasts to participate in the new cryptocurrency mining with ordinary computers, thus promoting the decentralization of the new cryptocurrency. But this "Anti-ASIC" has always proved impossible to last for a long time, and the delicate balance is easy to collapse after a certain cryptocurrency boom. Driven by the interests, a dedicated mining machine corresponding to Anti-ASIC was quickly introduced.

Although Anti-ASIC itself is indeed an unsustainable process, this gradual process has benefited the development of a very large number of cryptocurrencies, and therefore has been followed for quite a while, various Anti-ASICs. The algorithm was designed.

In general, there are three main ideas for the Anti-ASIC algorithm:

The development of the Anti-ASIC algorithm gives the GPU a lot of room for mining and gradually becomes the main Altcoin mining equipment, but its side effects are gradually emerging: 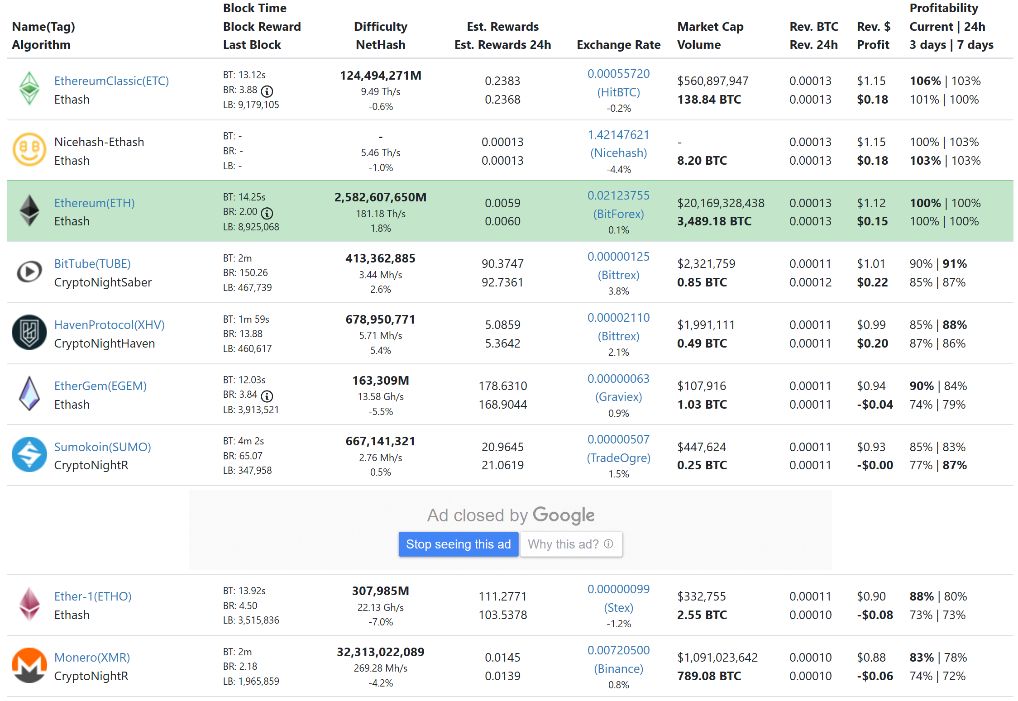 GPU mining targets are sorted from high to low in single-day earnings, and ETH ranks third, with a small gap between the top two.

More and more developers are more conservative about Anti-ASIC, or design rules that guide the gradual transition of computing power to ASICs. Grin is a good example, but because the memory requirements of the Cuckoo Cycle algorithm itself are still very high, mining machine manufacturers have not successfully launched products as planned.

In summary, from ASIC Resistant to ASIC Friendly is probably a new direction, and FPGA will replace GPU in this direction as the best mining tool before ASIC.

3. Why is Altcoin's ASIC miner always difficult to produce?

Since the beginning of this year, mainstream mining companies such as Bitian, Jianan, and Bit Micro have no longer broadened Altcoin's ASIC mining product line. The risk-benefit is not the most simple explanation.

The ASIC's mining energy efficiency ratio is 10 times that of the GPU. Due to the diminishing marginal cost effect, ASIC producers will inevitably tend to overproduce ASICs to grab the computing power, push the difficulty, and quickly squeeze out GPU miners. The small-capacity mining machine itself inevitably causes centralization problems due to its small capacity and limited production and distribution of mining machines. The FPGA is more like a GPU here, which has the fundamental advantage that the FPGA itself is produced by large factories such as Xilinx and Intel. Each FPGA mining machine is nothing more than purchasing FPGAs that have been produced differently for board-level hardware. Design and software algorithm optimization, and these two pieces are not as closed and "high-precision" as the ASIC layout, and the products of each family will not be too different, which can better promote decentralization.

According to MRFR statistics, among the major FPGA vendors, the market share of Xilinx and Intel is 72%.

ASIC is a winner-take-all game. Different Foundry, different processes, or different design methods can design ASICs for the same algorithm. There may be several times the performance difference. Due to the adaptive adjustment of the blockchain network, the performance is inferior. It may face cruel elimination, so each manufacturer strictly guards the confidentiality of product parameters and increases the risk of capital investment.

FPGAs, as programmable devices, are widely used in blasting and other scenarios that do not need to be tested for durability, even if they are eliminated.

Having an ASIC has the power of discourse, but it is not the same as the right to speak in community governance. If an ASIC makes the interests of most community members impaired, the currency is likely to modify the mining algorithm by bifurcation. The designer is completely excluded. For example, at the beginning of October, Ravencoin upgraded the mining algorithm and changed the mining algorithm to an upgraded version of X16R X16Rv2 to prevent the ASIC miner on the Ravencoin network from continuing to mine. This algorithmic change made many ASIC teams feel overwhelmed, and the FPGA miner, the most flexible mining machine with the most algorithmic changes, quickly flooded into the computing market.

4. FPGA is not a replacement for GPUs, but a new choice for ASIC Friendly algorithms.

In essence, mining is a process of increasing network power through block rewards, thereby increasing the cost of attack. A useful mining algorithm should be an algorithm that can encourage miners to steadily serve the network. On this issue, ASIC always has an irreplaceable role, but FPGA and GPU play essentially the same role before the mass of a cryptocurrency can not support the ASIC miner. The difference between the two is the difference in stock. It is different from the matching between its own characteristics and the algorithm design concept.

For now, the availability of GPU power (large inventory, stable supply, throughput, and unobstructed distribution channels) far exceeds FPGA power, but if ASIC Resistant to ASIC Friendly trends are established and continue to evolve, The FPGA will surely shake the balance of the mobile computing power and become a new weapon for the new currency computing power.

Ripple CTO: There is no way to stop XRP transactions

Analyst: Bitcoin halves progress to 90%, inflation rate will be reduced to 1.8%