According to statistics, more than 500 of the more than 3,000 A-share listed companies claim to be related to the blockchain, but only 40 of them actually disclose the specific blockchain business content. That is to say, the phenomenon of “hot spots” is very serious. There are thousands of projects in our currency circle. I guess that there are not many related to the blockchain project. Most of them are the goods that sell the dog meat, so I still hope that everyone will stare at the mainstream currencies in the front row. Just fine, the rest will be handed over to the professionals, we can't tell the difference between true and false, so try not to participate as much as possible. Yesterday, the market fell again. Basically, it was down to the yin that we said before. The medium-term adjustment of the mainstream currency has not ended. The overall situation is mainly wait-and-see.

BTC's recent declines in several negative lines are heavy. It is estimated that the funds that entered the market are now leaving in batches. From the weekly level, BTC has already penetrated half of the previous big Yangxian line. Sex has fallen below the 5-week line, and the repeated yin and yang intersecting methods are very large for the long-term consumption. This trend is probably the same as the June-September move. After the volume has shrunk to a certain extent, I am afraid. Will open the bottom again, from the daily level is not too optimistic, the short-term several moving averages have formed a short line, forming a certain pressure on the price of the currency, has penetrated the support of 8,300 US dollars, the trend of the fall People, I still suggest that everyone participate cautiously, stay on the sidelines, wait for the trend to be clear and make decisions. 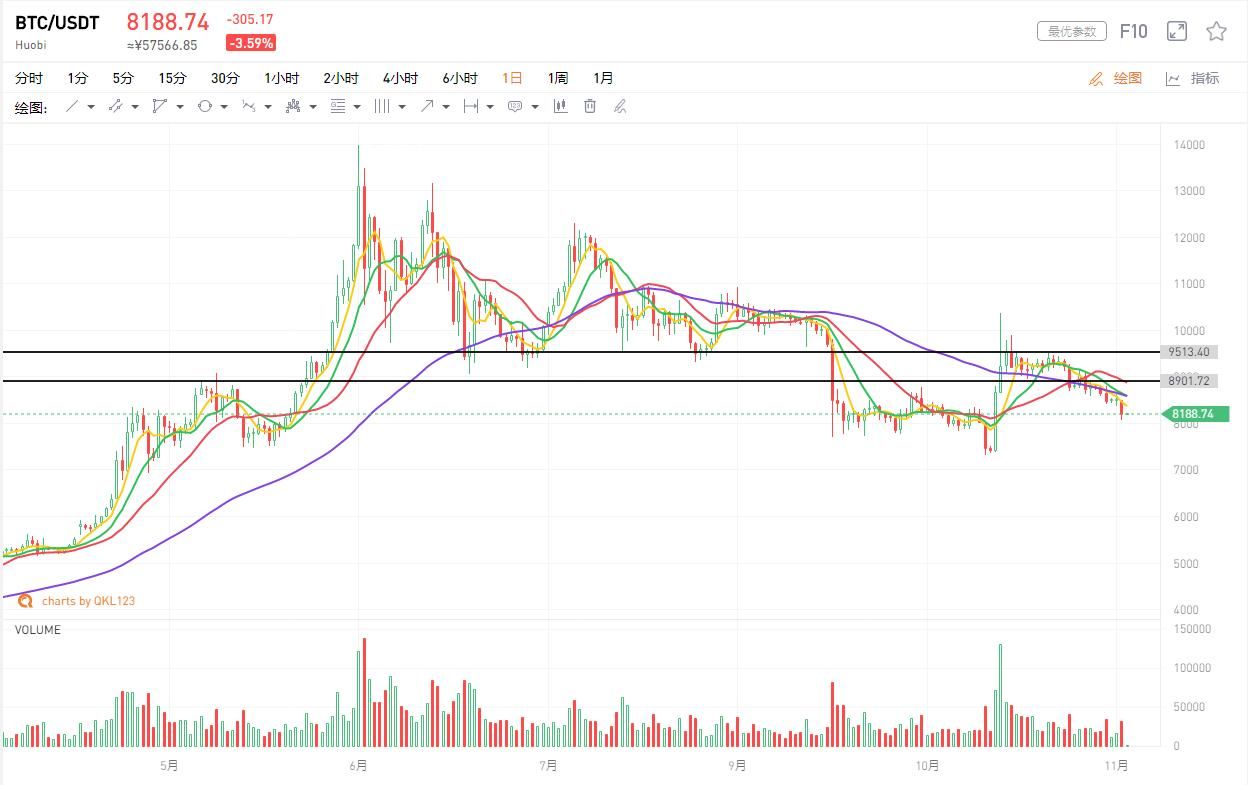 The view on ETH has not changed. It has been oscillating under the neckline. Yesterday, there is a downward trend. The target itself cannot go out of the independent market. The probability is to follow the market. The neckline of the target W The position pressure is relatively large, and the current trading volume is not enough to form an effective breakthrough. If the delay cannot be broken, it means that the market is far less recognized by the target than the BTC. If the target is re-explored near the US$150, be careful. Must break, the three touches will break, personally think that the possibility of BTC down is higher than the upward, the target may also follow.

Ling listens to the scene | Libra is at the "most dangerous moment"? Who can save the small tie? Bai Shuo, Meng Yan, Hu Jie and other 6 experts on the same stage

Joseph Young: The G20 is moving towards a viable regulatory direction for encryption