DAO (Decentralized Autonomous Organization) is a community, an economic system, and an investment. There will be more DAOs than Token. 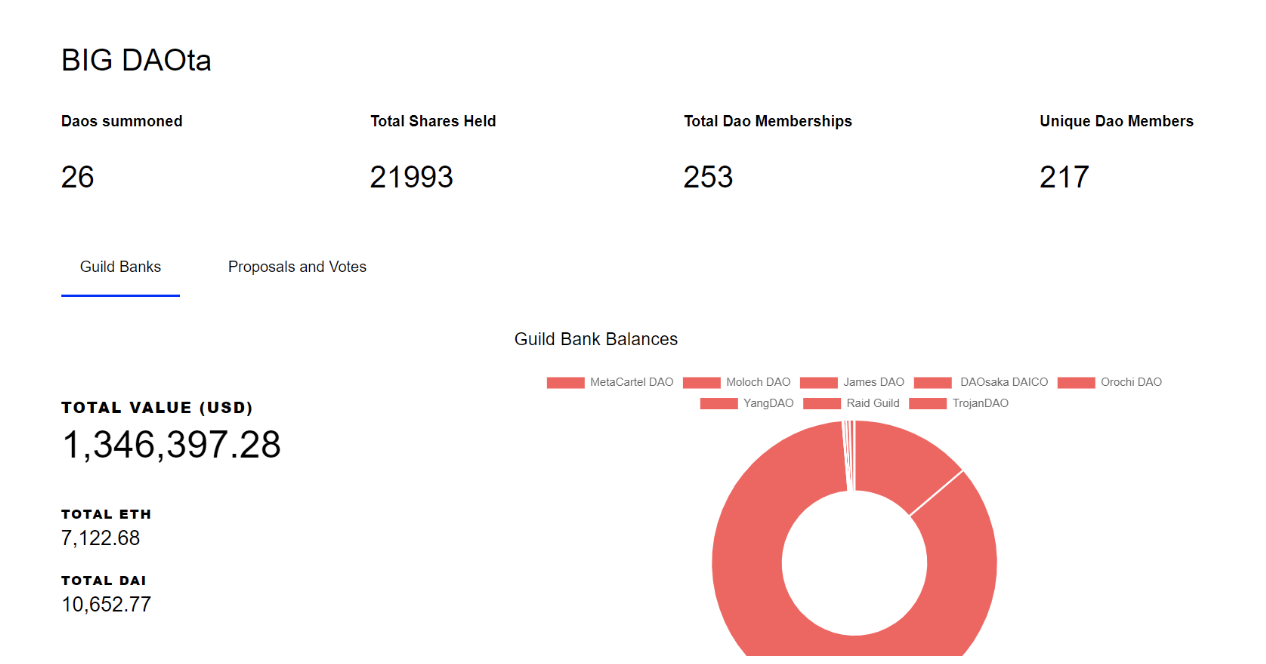 There are currently 1,500+ Tokens and approximately 50 DAOs (including Moloch DAOs, Aragon, DAOstack and separate Token DAOs). This is the next vent I am interested in, and the number of DAOs will exceed Token at this vent. The right path to the vent is not clear, we are still exploring. But this guess has three key premises:

First, DAO can be shaped around the community, and the more "traditional" Token can't. A good example is what the New Zealand Blockchain Association is planning to do – create a DAO that distributes grants, where different levels of members donate different amounts of DAI, and the association focuses on strengthening blockchain technology in New Zealand education and application. Community efforts can take advantage of DAO's natural attributes that don't require trust and transparency.

Second, I think that small but targeted DAOs will be more influential than large, widely-received DAOs. As seen in Moloch's implementation over time – MolochDAO, MetaCartelDAO, MarketingDAO & OrochiDAO, etc. were born (Translator's Note: These are some of the forks in the implementation of Moloch DAO). At the Q&A of ETHWaterloo this weekend, when I asked questions, the point was reiterated by V God. His view is that in the long run, this small-scale start-up, development and implementation of a large number of small-scale experiments will become more efficient.

Third, many existing Tokens will use some DAO infrastructure, which seems very likely. At present, all kinds of Tokens have raised more than $24 billion. Although it is clear that a large part of Token's motives are impure and the distribution is confusing and unfair, it is increasingly clear that the DAO mechanism can help solve some problems.

As a strong supporter of the “token-based world” concept, there has been a major shift in the way people talk about tokens in the past few months/year. Whether it's ridiculing the junk coins on Devcon, or the VCs discussing on SFBW that they haven't seen a good Token model without a destruction mechanism, or looking at the current cryptographic tweet environment, Token has lost their favor.

One of the key reasons for this happening is that the concept of DeFi has not yet been smashed around the world when Token was launched. Of course, the multi-mortgage guarantee Dai (MCD) with built-in Dai deposit rate (DSR) has not yet appeared. Now that we have cDai, rDai and more DeFi build components, this has dramatically changed the rules of the game. The combination of LEGO blocks with both financial and community attributes will create a new phase of 'token economics'.

The reason for this rapid iterative change is the philosophy and psychological basis of the underlying Ethereum system, which we call Decentralised Minimalism. The idea consists of a best practice each time a small step forward until social recognition. Its best definition is one of the most Internet-localized, geographically and ethically diverse communities on our planet. This can be clearly seen from some typical examples:

2. Moloch DAO Iteration: Moloch can slowly improve by starting with the “Minimum Feasible DAO” and focusing on building a community-driven value-driven community, adding a social consensus or code each time.

3. The implementation of the new technology/chain that the Ethereum community believes: any new blockchain with 1,000,000 tps and eventually delivered an actual operational product has three possible outcomes:

a. Everyone gives up their development at Ethereum and starts using the new chain right away.

b. The new chain will be implemented as the second layer of Ethereum (or used in some way by Ethereum)

c. Some of the technologies born in the new blockchain are implemented in the Ethereum core code base.

When we try to compare the above possible outcomes a with b or c, we find that the probability of a is the lowest. Because in the past few years, Ethereum has shown us that the community is the most important part, and technology (especially open source technology) is often only used by the most influential communities.

The above three points reflect the same things we have seen time and time again. We created the technology of the most adaptable community in the world in Ethereum. In the choice of communication and technology, we will adhere to the truth and transparency as the highest principle.

One of the most influential iterations of MolochDAO is the high quality “people-oriented” inflation financing. Unlike the format of block incentive inflation discussed in the past, MolochDAO implements a model that I call "social inflation," in which shares are issued based on DAO's social consensus. If the DAO member believes that the value of the DAO has increased, then even if the DAO does not include the new ETH.DAI, it can allocate new shares, which will effectively dilute the shares of other share holders in the DAO.

A classic example of this mechanism is MetaCartelDAO, which currently has a share equal to 0.87 ETH.

So what is the relationship between social inflation and Token? We suggest that many Tokens should start adopting this social inflation strategy. Despite the scarcity and value storage elements brought about by the fixed amount of money learned from Bitcoin, this scarcity does not apply to community growth.

In summary, Token needs to be more iterative. In a decentralized world, it will die without iteration. Between the composability components of DeFi and the iterations behind MolochDAO , most Token models may begin to use these experiences over time.

This iteration will quickly expand the DAO domain, which is what we are extremely excited to see and participate in.