Blockchain technology has become one of the backbones of a new round of technological change in the world.

The Economic Herald reporter found in the survey that although the blockchain once again encountered “window”, but because of the blockchain technology is a multidisciplinary and cross-disciplinary technology, including operating system, network communication, cryptography, mathematics, finance Production, production, etc., China is currently lacking in interdisciplinary fields, and the lack of talents has made blockchain companies unable to take advantage of the wind.

“From September to now, I have participated in nearly 20 job fairs and still have not found a suitable blockchain technical talent.” Wang Junyong, the head of a technology company in Jinan, complained to the Economic Reporter, “The blockchain needs It is a compound talent, because the blockchain is not simply a blockchain, but more of a business model innovation, so people who are familiar with the business are needed."

More than 20 resumes are not eligible

"It is too difficult to find a suitable person now." Wang Junyong said, "Although the annual salary has already been given 200,000 yuan, there are many people who come to apply for it, but many people have a high salary, but they have no ability at all." As a technology company, Wang Junyong is eager to get the talent of blockchain engineers.

"Since the beginning of September, the company has expanded its scale and needs to recruit another blockchain engineer. It has been more than two months, and has posted recruitment information through Zhilian recruitment, and also participated in many job fairs online, although it has received More than 20 resumes, but there are no real qualifications.” Wang Junyong told the Economic Herald reporter that “blockchain engineers have high requirements for professional technology and development collaboration. Not only do they have to understand software, but also proficient in Go language, Java, etc. Also understand communication, cryptography and algorithms, such as distributed storage, peer-to-peer transmission, consensus mechanisms, etc."

According to the Economic Reporter, at present, Wang Junyong’s company is basically a graduate of colleges and universities recruiting computer software to train themselves. The main reason for this is that the development of blockchain technology is a very demanding task. It takes a long time for outsiders and teams to work together, and it may not be able to get used to it.

In fact, this is not a case.

"It took 4 months, I wanted to recruit someone who understands the development of the public chain, but one did not recruit." Li Na, general manager of Jinan Jingxing Network Security Technology Co., Ltd., said in an interview with the Economic Herald reporter, "The company envisions a There are two people in the post, such as the back-end engineers, but they can't do it at all, only one position per person."

In Li Na's view, there is a very frustrating part of the blockchain. The barrier to entry in the entire cognitive aspect is too high. However, from the perspective of the use of the certificate, such high-quality Internet assets, if they are insufficiently aware of the blockchain, will actually bring about many problems.

Stock talent accounts for only 7% of demand

It is understood that the annual salary of 200,000 yuan provided by Wang Junyong is not the top salary of the blockchain engineer.

The Economic Herald reporter searched a number of Internet recruitment websites and found that the blockchain technical talent market is the most popular. For example, engineers, technical managers and other positions, the annual salary is generally more than 300,000 yuan, and the annual salary of individual posts is even more than one million.

Similarly, the “2019 Blockchain Talent Supply and Demand and Development Report” released by Zhaopin shows that the average recruitment salary in the blockchain sector is 16,317 yuan/month, while the average software engineer's average salary is 23,606 yuan/month.

However, due to the relatively new technology and less historical precipitation, the stock of talents with corresponding knowledge structure and work experience is still rare at this stage. According to statistics, among the job seekers who submit resumes, the stocks with real skills and work experience in blockchain account for only 7% of the demand.

The development of blockchain technology requires typical compound talents to truly connect the core strengths of technology with the real pain points of the industry, and to do a truly custom design, and the technical power of the blockchain can be exerted.

“The main difficulty faced by the blockchain industry is that the basic technical team is not enough and the talent shortage is in the way.” In Wang Junyong’s view, to make good use of blockchain technology, a large number of professional and compound talents are needed.

Zhuang Wei, general manager of Shandong Haiyou Technology Business Incubator, told the Economic Reporter that enterprises can customize and recruit talents by directly entering the campus, school-enterprise docking, and other startup companies to create recruitment platforms. The problem of recruitment is difficult.

The Economic Herald reporter learned in the interview that many companies choose to recruit graduates to cultivate themselves because they cannot recruit suitable blockchain R&D talents.

“We recruit graduates to join the company's blockchain technology R&D team, train them with apprenticeships, and integrate them into the development team and grow quickly.” Li Na told the Economic Herald reporter.

However, in Wang Junyong's view, the blockchain industry not only lacks an effective talent supply in the market, but even at the theoretical research level, there is a considerable lag.

“The blockchain itself is a new technology and a new industry. Although most of the blockchain courses in universities are still based on general education courses, at this stage, training can only supplement some low-end technical talents for the industry. Can not solve the problem of high-end talent." Wang Junyong told the Economic Herald reporter.

He said: "When the underlying technology of the blockchain matures and is gradually applied to different scenarios, the industry's major framework will become clearer and the real needs of talents will be revealed. In the medium and long term, enterprises, universities and social training institutions will be revealed. Will continue to form synergy and become the backbone of the talent transfer in the blockchain market."

Central Bank Di Gang: Blockchain is not suitable for retail payment and other concurrent payment scenarios

Data Analysis: BTC has recently risen or is driven by Bitfinex, investors need to be wary of market risks 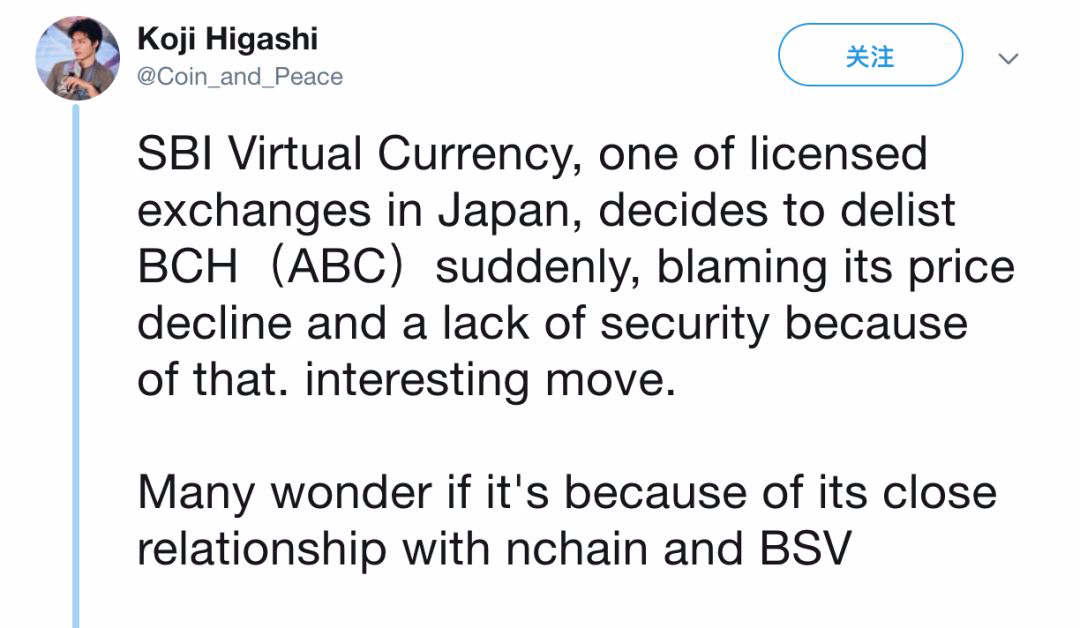