Thunder's share price soared 170%, over 100 stocks collectively limit, the admission funds amounted to tens of billions of dollars… The circle of friends was swept by the blockchain, and the investment class about the blockchain has sprung up. It must be said that in the past, one of the hottest concepts of the entire A-share market was the “blockchain”. Under the collective speculation of capital, institutions and self-media, the blockchain has become the "hardest hit" for malicious speculation.

What is the blockchain? What can a blockchain do? On the evening of November 19th, CCTV Finance Review invited Professor Lu Benfu of the Chinese Academy of Sciences and Ma Guangyuan , a CCTV financial commentator , to discuss this topic.

What can the blockchain do? 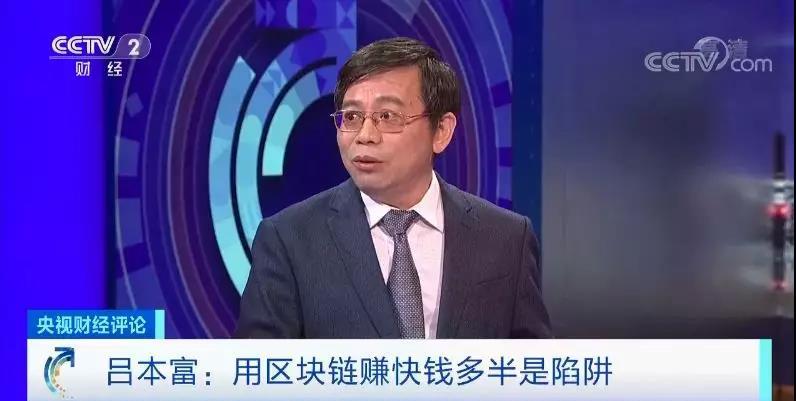 Lu Benfu , a professor at the University of Chinese Academy of Sciences : In the blockchain field, there are two circles, one called the currency circle and the other called the chain circle. There are many scammers in the past, and all kinds of coins. Now the chain, some people are playing the "blockchain pig raising", "blockchain play games" and "blockchain walking" and other banners. If you can make money by walking, who will work? So it's actually a blind man. Blockchain is a low-level application technology, and if it can be used in "pig farming", "walking" and so on, it is basically omnipotent. The blockchain is just a low-level technology, and its various applications are still far away. It is just a tool for recording information, and it records a lot of information, which cannot be changed or trusted. What is trustworthy for raising pigs? It has nothing to do with the blockchain. Therefore, all the slogans of blockchains, which claim to make quick money, and how many times they are turned over, are basically traps or scams.

CCTV Financial Reviewer Ma Guangyuan: There is no free lunch in the world. These absurd scams with the blockchain banner, why do so many people believe? Some people say that it is tolerant of new things, but I feel that the scammers cannot be tolerant. In the past few years, I feel that in the process of innovation and development in various fields in China, we have a very important lesson in supervision, which is too inclusive. But for these brazen, scammers who undermine social order and financial order cannot say anything tolerant, they must be severely cracked down.

What exactly is the blockchain?

Lu Benfu: Blockchain is not equal to the risk of digital currency speculation 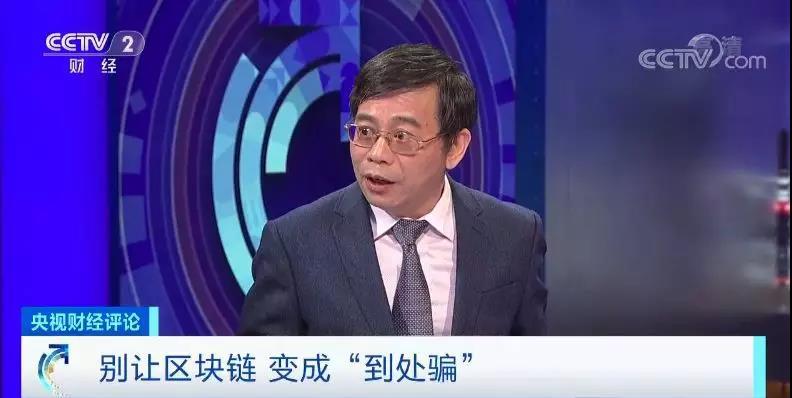 Lv Benfu, a professor at the University of Chinese Academy of Sciences : Before May 2018, the domestic speculation was still very crazy. The central bank then issued a notice to explicitly declare that it is illegal to speculate in mainland China. So why are there so many air coins, zero coins, and pyramid money? The so-called MLM currency, which is not on the exchange at all, is completely fake and has nothing to do with the blockchain. The so-called zero-coin or air coin is just a white paper. It is like advertising to announce the issuance of digital currency, but this currency has no practical application. This is called air currency. Some of this air coin can go to the exchange, and some can't get on the exchange. Even if it is on the exchange, its value falls to only 1% of the original, we call it zero coins. Nowadays, more than 700 digital currencies that are known to have been issued on the market may not exceed 5% in value now, and most of them are within the scope of zero-yuan coins. Of course, all these hype and gameplay are illegal in China and the risks are extremely high.

CCTV Financial Reviewer Ma Guangyuan: There are a lot of companies with blockchain signs. They may not know if they are engaged in blockchain, but this heat can't be missed, so they will go. Among the listed companies in China, there are many companies that are not doing business, which is in the heat. So in this case, I feel that it is necessary to have a real expert out of the original source. The blockchain itself, if it follows this principle of application, it happens to be a scammer: it cannot be tampered with. As a result, this field has become a lot of fields for scammers. What does this mean? Explain that the real experts did not come out to speak. But in a simple sentence, you can tell everyone that, for example, speculation, now Bitcoin has a lot of speculation. Except for Bitcoin, many other digital currencies are basically unreliable. But in addition to the currency, what the blockchain should be used for, what it should not be used for, needs to be explained to the public. This should also be the responsibility of experts and professionals who really study the blockchain.

Zhang Jian, founder and CEO of Haichuang Chain: Blockchain is not only the next Internet vent

What information on the Libra project was revealed at the US Senate hearing on July 17?