The "relentless" bitcoin bear market in 2018 has brought many victims, including some cryptocurrency startups and executives. Angus Champion de Crespigny, head of the blockchain of former Ernst & Young (EY, one of the four major auditing giants), chose to leave the industry.

Angus posted the news on Twitter. At the same time, he insisted that he is still optimistic about Bitcoin. However, he believes that Bitcoin will take a lot of time to achieve full popularity, and he does not want to wait any longer.

Angus has worked in Ernst & Young for 11 years. In recent years, his focus has shifted to the blockchain. He left Ernst & Young in August last year and began to do other projects. During this time, the dream of blockchain hype was gradually shattered.

He explained on Twitter the reasons for leaving the cryptocurrency industry:

I have not worked as a full-time employee in the bitcoin or cryptocurrency industry. I have chosen a position outside the industry. Many people asked me why I did this, and some people were surprised, so I think I should explain this.

In the past few years, I have gradually turned to the minimalism of tokens. That is to say, the 'blockchain' exists to solve a very specific problem, and it has made great sacrifices for this. The problem is: in the absence of a central agency, ensure that the books cannot be doubled. Angus revealed that after leaving Ernst & Young in August last year, he founded a company that promotes the spread of Bitcoin. There are two main ways: to realize the institutionalization of Bitcoin and to promote Bitcoin in developing countries.

He said that he felt a bit frustrated when he realized that the organization was not active in promoting the popularity of cryptocurrency.

I quickly realized that I couldn't promote Bitcoin in developing countries… You couldn't build a legitimate business at all, while at the same time ensuring decentralization to prevent government intervention.

I also found that Bitcoin enters the institutional investor market in the form of financial products and is not as fast as we think. The institutionalization of Bitcoin has been achieved, but the scope is not as large as we think, nor does it constitute a condition for establishing a business on this basis.

You can't urge people to believe that something is valuable.

Bitcoin popularity is not overnight

Angus added that he is not going to leave the industry forever. He promised that he would still be involved in some way because he believed in the subversive potential of Bitcoin.

However, he said that this timeline is longer than he expected.

I have always believed that Bitcoin can revolutionize the world. However, I think it takes a very long time, so my best choice to participate in this industry should be to buy and hold.

All these hesitations point to a major problem that has not yet been resolved, that is, the cryptocurrency industry has failed to popularize Bitcoin to the public, and why Bitcoin is better than legal tender.

Until then, mainstream adoption will still be a problem.

Maybe Angus said that there is some truth. However, from another angle, if you really look at Bitcoin and believe that people who can subvert the world will really choose to leave? 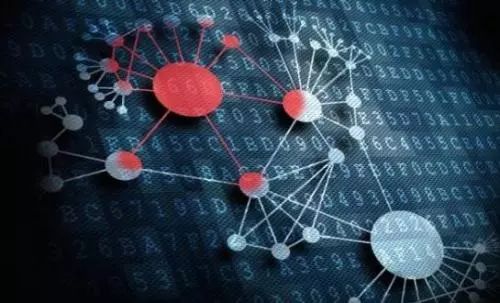 BTC has a large transfer of approximately $63.33 million worth of value