This article is from beincrypto & blockonomi 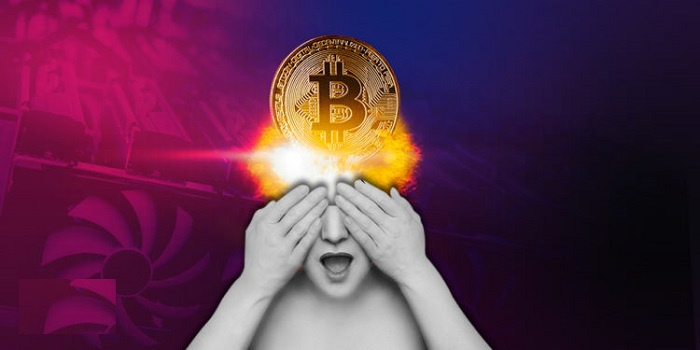 In the past few weeks, bitcoin miners have suffered again as Bitcoin prices have fallen and the difficulty of mining has risen. Some people think that this storm may cause the miners to completely "surrender", which will further have a negative impact on bitcoin prices.

We know that the main costs of Bitcoin miners include: mining machine purchases, mine maintenance, and point non-profits, which are profitable for these miners if they are lower than the current bitcoin price. However, because mine maintenance and electricity costs are usually constant, and bitcoin prices fluctuate frequently, mining is not always a profitable job, especially for those who use outdated mining hardware and cannot get cheap electricity. This is especially true for people.

In fact, if you focus on the cryptocurrency and blockchain industry social media and websites, you will find that the term repeatedly mentioned during this time is "miner capitulation." The problem is that few investors really know what it means, and what impact "surrender" has on Bitcoin and the broader cryptocurrency market. Therefore, we decided to interpret more meaning about the term and how it would affect the price movement of cryptocurrencies after the “miners surrender” and if the bulls did not intervene.

"Miners surrender"? what is that?

When you hear such a voice on social media, it seems like a group of people are talking nonsense. However, cryptocurrency analyst Cole Garner recently read the meaning of the term carefully – a long story short, "miners surrender" refers to the smaller non-professional digging when bitcoin prices fall and mining equipment is technically backward. The mining business will be in trouble and will be "backed into a corner."

In this case, in order to keep the business running, the Bitcoin miners usually sell the BTC obtained from the mining at one time, and then upgrade their mining machine and mining system. This sounds like no harm to the market, because miners themselves need to sell bitcoin to cover their daily business operations. But according to Cole Garner's analysis, this phenomenon will become a vicious circle, especially in the case of limited profitability of bitcoin mining, he pointed out:

“When miners have insufficient liquidity at hand, they will panic sell, causing bitcoin prices to fall. At this point the bulls will be squeezed, triggering more people to choose to sell to stop losses, which in turn will make miners unable to anticipate When the price is sold, your own 'lunch' will be lost."

The Hash Ribbons indicator shows the trend of the bitcoin hash rate and the health of the Bitcoin mining ecosystem by quantifying the relative growth rate of the hash rate. The specific value is the near-month average of the bitcoin hash rate minus the near The difference between the two-month mean is divided by the one-month mean data. In the recent past, the performance of the Hash Ribbons indicator has been extremely rare. Because the indicator has been running laterally below 0.5% for more than a week, but has not broken below the 0-axis, this shows that the miners have been struggling for some time in the past, and have not made the choice of whether to "surrender."

Charles Edwards, a cryptocurrency analyst at TradingView, summed up the "miners surrender" incident that occurred in history:

What will happen next in the bitcoin market?

The concentration of bitcoin by several large miners does not sound to undermine the market. After all, Bitcoin has a market capitalization of more than $100 billion, and the market size may be even larger if other bitcoin-based altcoins and derivatives are considered. However, although the bitcoin price and the hash rate seem to be irrelevant, there are inextricably linked links. The retrospective historical performance can be found that the market tends to usher in the market shortly after the miners are concentrated. The new phase of the coin is low, so investors should pay attention to "miners surrender", at least I am worried.

The chart below is an analysis chart from Cole Garner showing the bitcoin price movements in 2016. The reversal of the Hash Ribbons indicator caused the bitcoin price to drop by 30% in a few days, although the latter achieved a breakthrough, but before It took weeks and months to integrate. 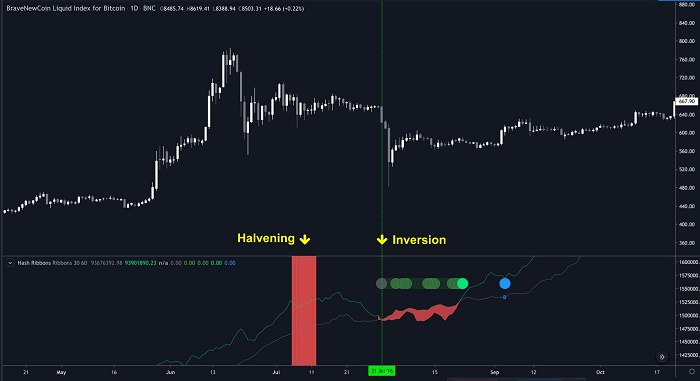 In fact, this is not the only Hash Ribbons indicator reversal. Cole Garner revealed that the Hash Ribbons indicator reversal occurred again in mid-November 2018. If you remember this time, you know that Bitcoin prices have plummeted by 50%. From 6,000 dollars all the way down to 3,000 dollars, almost collapsed. On the other hand, since July 2019, bitcoin and most cryptocurrencies have been on a downward trend, and this time bitcoin prices have fallen by more than 38%. Not only that, but the difficulty of bitcoin mining has increased by 30% since July, which means that in the past four months, the mining efficiency of Bitcoin mining machines has been reduced by 30%, while the BTC price of mining rewards. It has dropped by nearly 40%.

As mentioned earlier, once miners find themselves unprofitable, they sell Bitcoin and then form a vicious cycle that, when fear spreads across the market, causes prices to fall rapidly.

As a result, those smaller-sized cryptocurrency miners will be the first to fall into trouble, either stopping mining or waiting for bitcoin to achieve early value recovery. However, with the sale of bitcoins by these miners who are short of funds, this may further have a negative impact on the price of Bitcoin.

In the end, "miners surrender" may lead to a turning point for small and medium-sized miners, thereby further reducing prices, until the last profitable miners, the price decline will end. Throughout this time, the difficulty of mining bitcoin will decrease as the hash rate decreases. Once the “miners surrender” reaches the maximum, the difficulty of mining bitcoin will reach the lowest level, and then potential The trend reversed and there was a bull market.

Did the luck start again?

If the technical analysis made by Charles Edwards in the previous section is correct, then in December 2019 there was a 60% chance of a “miner surrender”.

In fact, “miners surrender” has already had an impact on the bitcoin market. According to an analysis published by the cryptocurrency analyst “Bytetree” on the Reddit Bitcoin Forum (shown below), bitcoin miners have dumped $17 million worth of bitcoin to the market for more than $8,000. Of course, the sale of $17 million in bitcoin may not have much impact on current bitcoin market price movements, but if this situation intensifies in the next few days, then as Cole Garner described earlier: form a A vicious cycle, when fear spreads throughout the market, can lead to a rapid fall in prices.

The cryptocurrency analyst “Ezy Bitcoin” concludes by analyzing the “Super Trend” indicator: $7,900 is currently the most important support level, and if it falls below it will enter the bear market again, if it rebounds, the bull market continues. . It is reported that the “Super Trend” can provide accurate buying or selling signals in the trend market through comprehensive moving averages and other technical indicators. (At the time of this writing, according to Coinmarketcap data, the bitcoin transaction price was $8,029.38, and the 24-hour drop was 2.13%.)

“Interestingly, some people think that we can think of “miners surrender” as an opportunity to get Bitcoin cheaply, because the market generally expects bitcoin prices to rise before the block rewards that occurred in May 2020 are halved. The price of the currency will either stabilize or will gradually recover in the coming months.

Although no results can be determined at present, “miners surrender” often leaves investors with some buying opportunities. According to Charles Edwards, if “miners surrender” really appears, the subsequent positive momentum may be a sign of bitcoin purchases.

OKEx will upgrade the BSV delivery contract system at 11:00

Investment bank analyst: Bitcoin will return to the high of 20,000 US dollars in March 2021.

Japan United transferred all shares of Coinage, a subsidiary of the encryption currency, and evacuated the encrypted trading business.